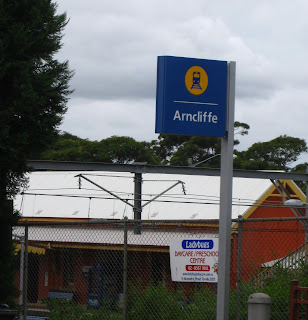 Yesterday I was in Beirut. You may have thought, like me, that once I shook the beach sand of SoCal from between my toes and boarded a plane for Sydney that I would end up in the land of the Ocker. But having a (very good) reason to visit the Sydney suburb of Arncliffe, I discovered my error. 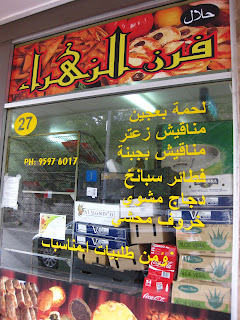 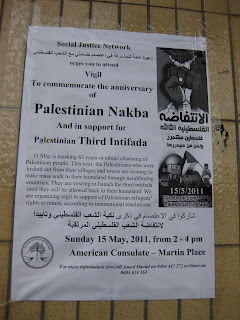 Arncliffe, a suburb of Sydney ostensibly about 11 kilometres from the CBD, is home to a large community of Lebanese migrants, and a walk around its streets is in fact a million miles from the Sydney CBD. Kebab shops, halal butchers, Lebanese sweets, ladies in hijab, large families heading to church, posters encouraging you to attend a rally to support the Third Palestinian Intifada...yep, Little Beirut.


Arncliffe is a very early settlement for Sydney, with the first European inhabitants of the area settling in 1825. A property developer in the 1840s established the community and named it after a small village in Yorkshire, nostalgic for his home. As a result, Arncliffe boasts some lovely old houses from the Federation period and earlier and the railway station building, opened in 1884, has been preserved. Arncliffe Park – soon to be the venue for a Very Important Four Year Old’s birthday party - was once the market garden of one Kim Too, and became a public park in 1889.


The original settlers in Arncliffe were English, Irish, Chinese and German; from the 1960s there have been waves of other settlers, from Greek and Macedonia, and – as is abundantly clear from my walk – Lebanon and the Middle East. The variety of immigrants is evident in the places of worship: the spires of St David's Anglican Church and St Francis Xavier's Catholic Church are visible over the rooftops; St Mark's Coptic Orthodox Church is located opposite Arncliffe Park; and then there is Al-Zahra Mosque, the Arncliffe Uniting Church and the Masjid Darul Imaan Mosque. I didn’t actually see the mosques, but from pictures they look pretty cool. Why travel all the way to the Levant when you can visit Arncliffe?

The kebab shop I did visit – “you wanna drinks wid dat, boss?” – and a popular spot it was too on a Saturday afternoon. And why was I visiting Arncliffe (apart from the kebabs)? Because it is now the address of a special young lady who seemed to rather like the dress I brought her from Paris.
Pandora and the Flower Girl Interpretative Dance Routine;
Posted by Annette Freeman at 1:21 AM