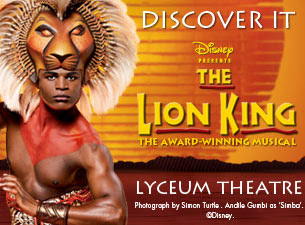 I’ve written often on this blog about opera, concerts, plays and a variety of performances, but I am yet to talk about that popular genre, The Musical. London, of course, abounds with them - old and new. Well, new-ish. Here’s a non-exclusive list of what’s playing at the moment:

Les Miserables
Singin’ in the Rain
Matilda the Musical
Billy Elliot
Dreamboats and Petticoats
Jersey Boys
Scrooge the Musical
Shrek the Musical
Ghost
Phantom of the Opera
Carousel
Top Hat
Chicago
Let it be
Mamma Mia!
Ragtime
Rock of Ages
Thriller Live
We Will Rock You
Wicked
The Wizard of Oz

...and that’s just a few of the bigger names on this week. There’s more coming, and more in the smaller venues, and more, more, more....Now I come to think of it, I have reported before on ‘South Pacific’ and ‘Sweeney Todd’, which are indeed Musicals. But there is one big ticket for which busloads are still streaming into the capital every night, even after 13 years playing in London, and I can now tell you about it from first-hand experience: yes, I went to see....

Firstly: my best impression? The influx of life-sized puppets at the beginning. The elephant was particularly impressive.

Second: the ‘story’ - I use the term loosely. A struggle for power between two brothers, one of whom commits fratricide by engineering the death of his brother the king by means of a stampede of wildebeest. The evil brother usurps the crown, convincing the legitimate heir, a small boy, that he is responsible for his father’s death, whereupon the boy runs away to an elephant’s graveyard and takes up with two ugly-but-kind comic characters. There is also a love interest. When I put it like that, it sounds vaguely Shakespearean, and not very suitable for small children. However, I kid you not, those are the elements of the story, delivered often via some pretty deathly prose/lyrics.

Third: the fantastical part. All these characters are animals - as you no doubt know, or assumed. And this is the best bit: the costumes are, as you may have heard - I had - marvelous. Kudos to the costume designer, Julie Taymoor. Though I wasn’t entirely convince by the heads-of-lions-on-heads-of-humans thing. Most of the characters are not exactly puppets, more of a fusion of man and beast.

Fourth: the stats: ‘The Lion King’ was first performed in London at The Lyceum Theatre in October 1999. It’s still there. The story is based on the Disney film of the same name. The music and lyrics are by Elton John and Tim Rice, and Julie Taymoor - she of the costumes - is the director. There is a large cast, and an even larger ensemble, both of which I assume have changed across the years. There are two quite demanding children’s roles.

And finally? The music - I guess I should mention the music, since it is a Musical. Well...underwhelming, except for “Hakuna Matata”, for which I have a soft spot since being serenaded with the Tanzanian guides’ version while trekking Kilimanjaro:

For the uninitiated, the phase is Swahili, and loosely translates as “no worries”.

Like most musicals, 'The Lion King' was heavily amplified, and I rarely enjoy being blasted with someone else’s idea of a pleasant volume. The lyrics become an electronic blur and the instrumentation a  digital shambles.

According to the program, there has been a theatre named The Lyceum in the Covent Garden area since 1765. The current building dates from 1834, and was unique in its day for having a balcony overhanging the circle, a design often since replicated. But only the portico and facade remain from pre-Victorian times. A building on or near the present site has been home to a circus, to Madame Tussaud's waxworks, to various theatre companies and to the English opera. And now, and for the past 13 years, it's been home to African animals. Hakuna matata!

Images from:
http://www.ticketmaster.co.uk/Disney-Presents-The-Lion-King-tickets/artist/975016
http://www.londontheatrebookings.com/show/the-lion-king/
Posted by Annette Freeman at 2:55 PM