Anish Kapoor is an Indian-born British sculptor, and his work best-known to me until recently was the big reflective jelly-bean in Chicago known as Cloud Gate. I've now also learnt that he has exhibited in the massive Turbine Hall at the Tate Modern and made a lovely-looking thing called Sky Mirror. Although I have been up close and personal with Cloud Gate, my most recent experience of an Anish Kapoor sculpture was - along with thousands of other Olympic Games goers - of 'The Orbit' in the London 2012 Olympic Park at Stratford in East London. 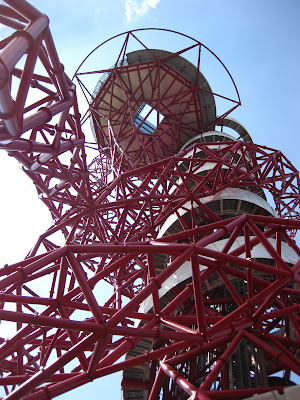 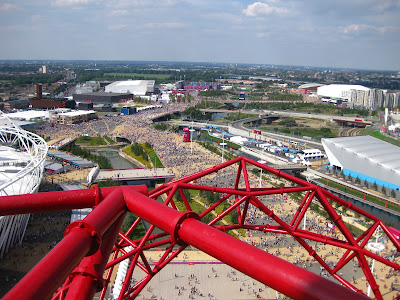 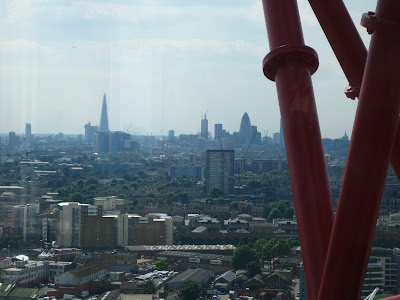 The Orbit has been widely derided as intensely ugly, and its reputation wasn't exactly enhanced by the London Mayor Boris Johnson ridiculously saying it would would have “dwarfed” the aspirations of Gustave Eiffel and “boggled the minds” of the ancient Romans. Architect Cecil Balmond was also involved in its construction, and presumably a slew of clever engineers. Having investigated The Orbit, I have to say that it is indeed very ugly. It seems to exist just because it can. The Eiffel Tower makes iron and steel look lacy and light. The Orbit just looks intestinal and off balance. 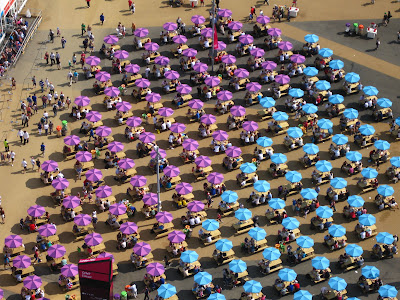 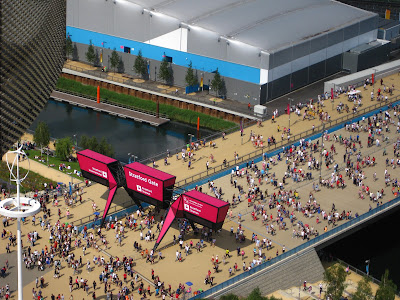 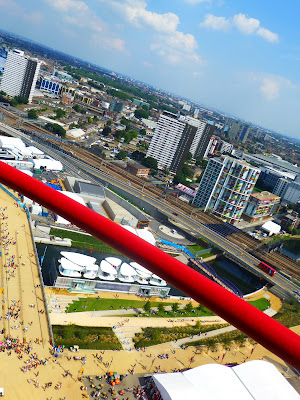 However, I must also say that climbing the thing (well, taking the elevator to the top and walking back down the ramp) is not an ugly experience, but on the contrary a rather beautiful one. This is partly because it takes you so high in the sky, and because you can look down on and across lovely views not before seen. Perhaps that makes me a little generous, but I'd give the Orbit 5 out of 10. 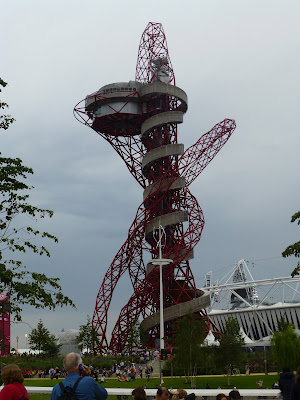 Standing 115 metres high, the Orbit is the tallest art structure in Britain – offering stunning views over the Olympic Stadium, Olympic Park and the whole of London.
Located in Orbit Circus in the south of the Olympic Park, the Orbit is London’s major new visitor destination – both during the Games and beyond.
The design and construction
The search for a permanent artwork on the Olympic Park was instigated by the Mayor of London’s Office, which invited more than 30 international artists to submit their ideas for a sculpture of up to 180 metres tall.
Following a lengthy selection process, the Orbit – designed by internationally acclaimed artist Anish Kapoor – was chosen.  As well as promising a unique moment and experience for visitors, the spiralling red structure successfully represented both London and the UK, and was reflective of the five Olympic rings.
Construction of the Orbit started in November 2010, and was completed by April 2012.
The Orbit experience
The Orbit is more than a work of art – it’s an entire experience. After going through the small, intimate entrance to the Orbit, visitors make their way into an elevator with viewing portholes, which takes just 30 seconds to pass through the Orbit’s twisting form and reach the viewing platform 85 metres high.
Once it’s reached the platform, visitors can step outside the lift and experience the Olympic Park in a whole new light – as well as enjoying stunning views of London’s cityscape. It’s also possible to look straight down the centre of the Orbit to the ground below – though this isn’t recommended for the fainthearted!
To conclude the experience, visitors are encouraged to stroll down the spiral staircase that twists through the Orbit, enjoying even more amazing sights.
After the Games, the Orbit will close and re-open in late 2013, when it will give even more visitors the opportunity to experience it. 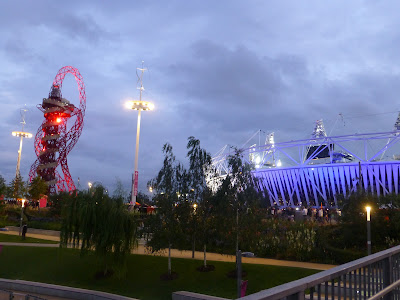 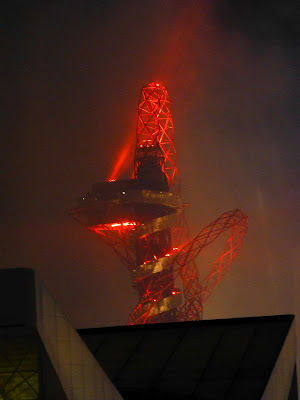 Posted by Annette Freeman at 7:31 PM