The Wikipedia definition of the "Baroque" style is as good a place to start as any:


The Baroque is a period of artistic style that used exaggerated motion and clear, easily interpreted detail to produce drama, tension, exuberance, and grandeur in sculpture, painting, architecture, literature, dance and music. The style began around 1600 in Rome, Italy and spread to most of Europe.

A full- blown Baroque church interior - such as, say, the spectacular Gesu Church in Rome - is once seen, never forgotten. The ornate detail, riotous colours, and an inability to leave any surface uncovered are stupendous and overwhelming.

But what of "White Baroque"? Think the same cacophony of detail, drama and ornamentation but rendered all in white stucco, with little colour detail. Quite a different impression.

I came across this in the Church of Saint Peter & Paul in Vilnius, Lithuania, begun in 1668 and completed in 1704. The reason for all the whiteness was probably a lack of funds rather than a seeking for less, well, thunderous colour. It is difficult to keep White Baroque pristine - it's not possible to merely give the place a new coat of white paint regularly, because the layers would eventually submerge the details. Instead it has to be painstakingly cleaned.

Nevertheless the result is strangely beautiful. 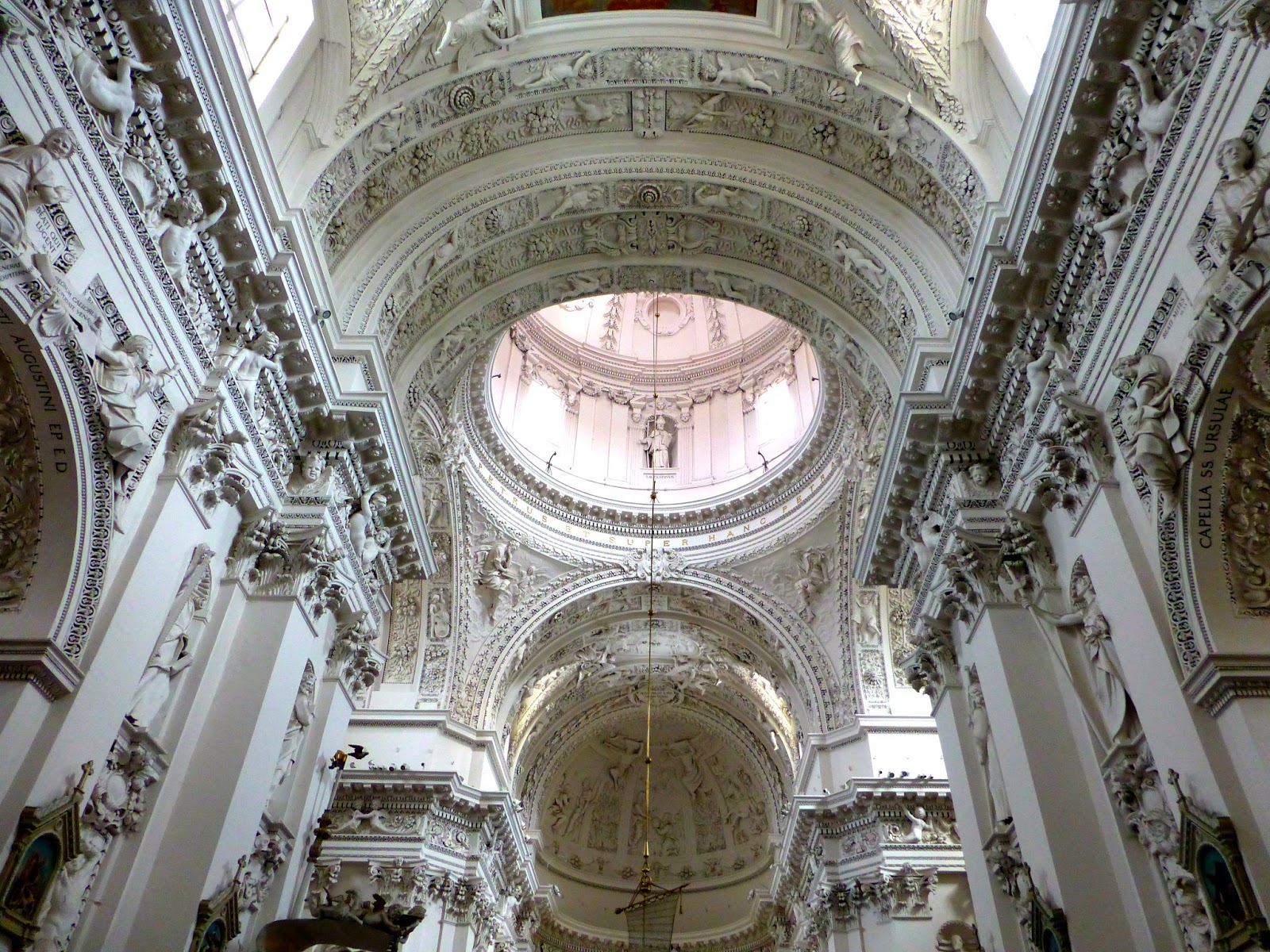 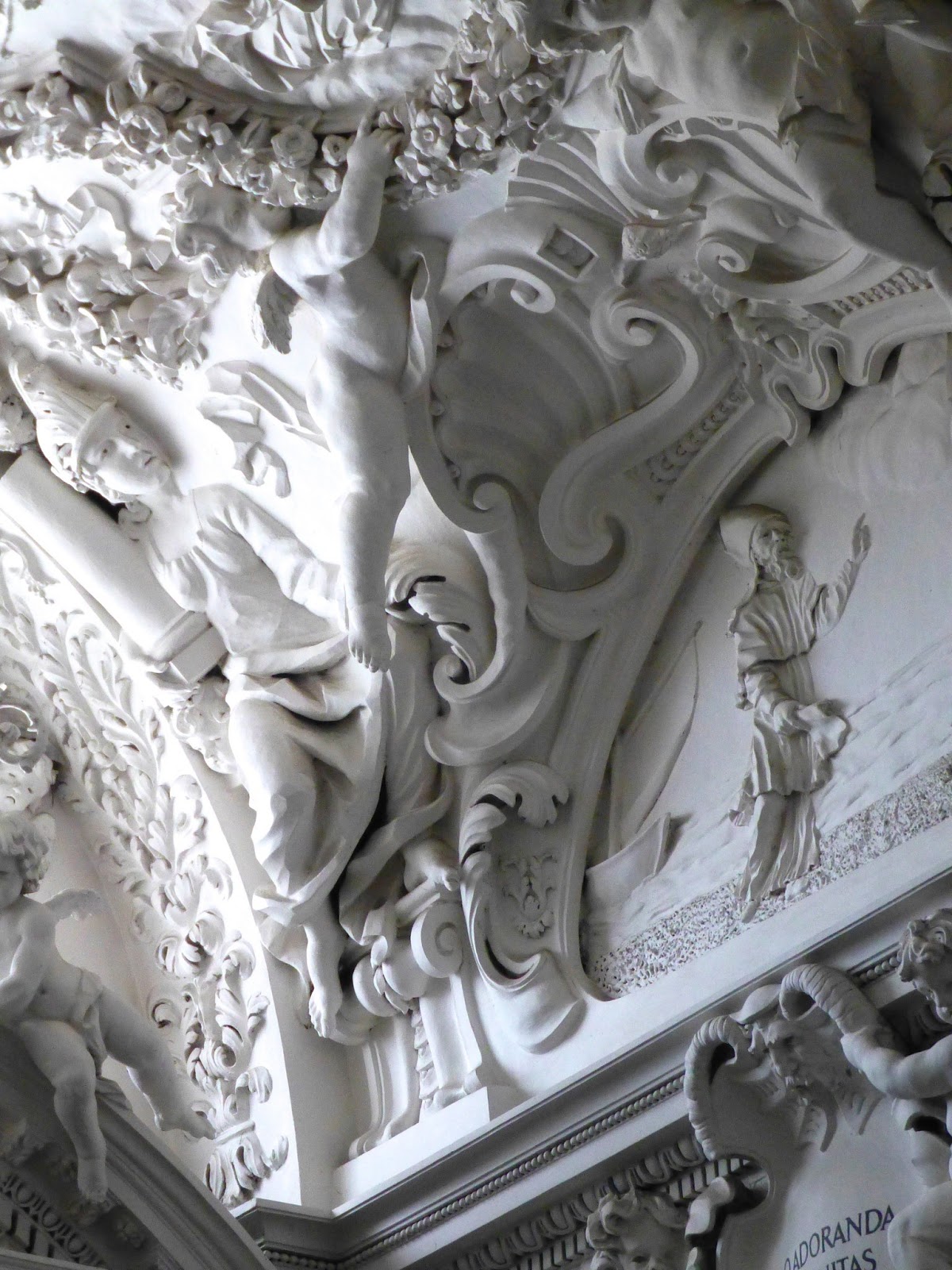 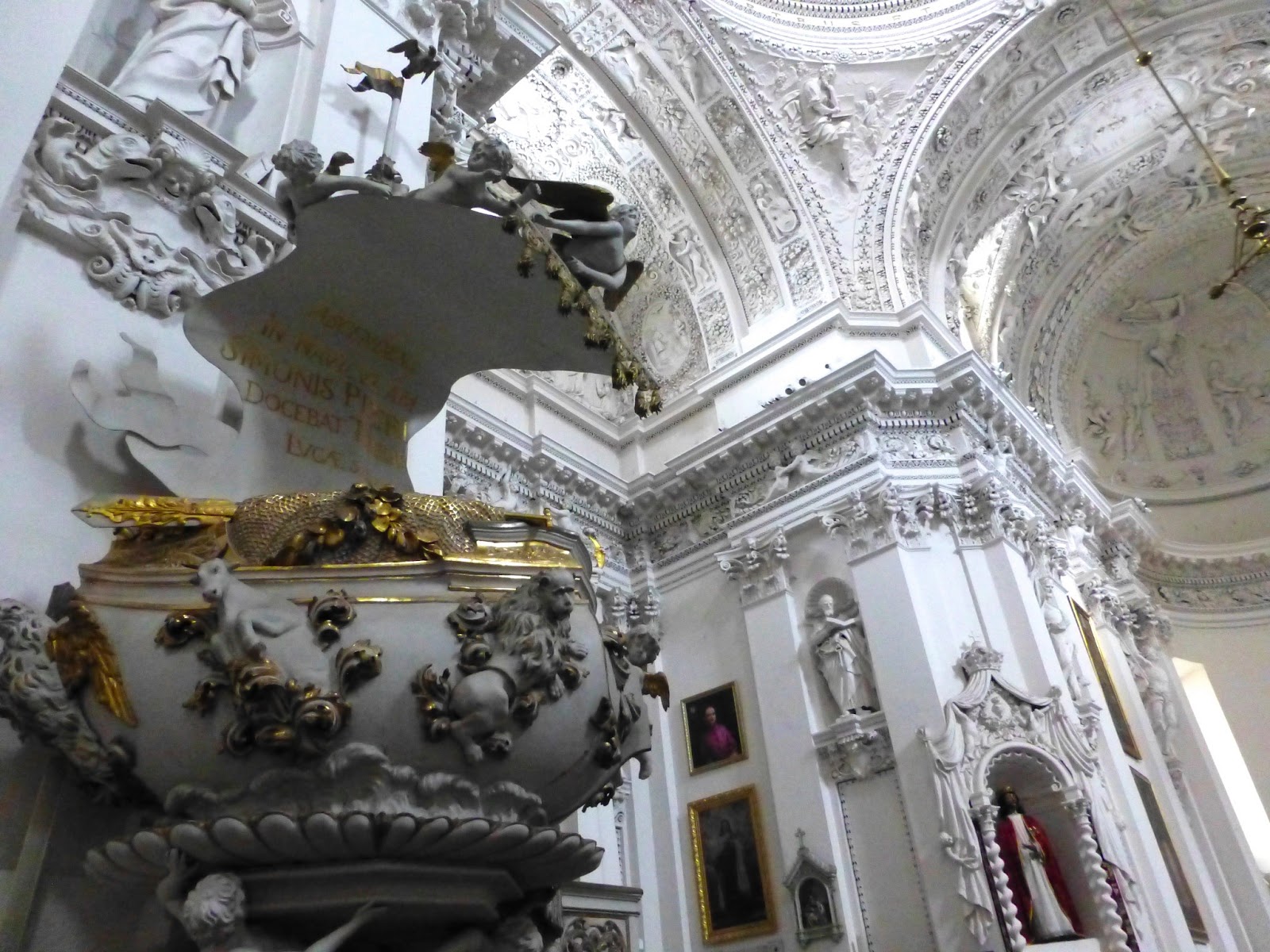 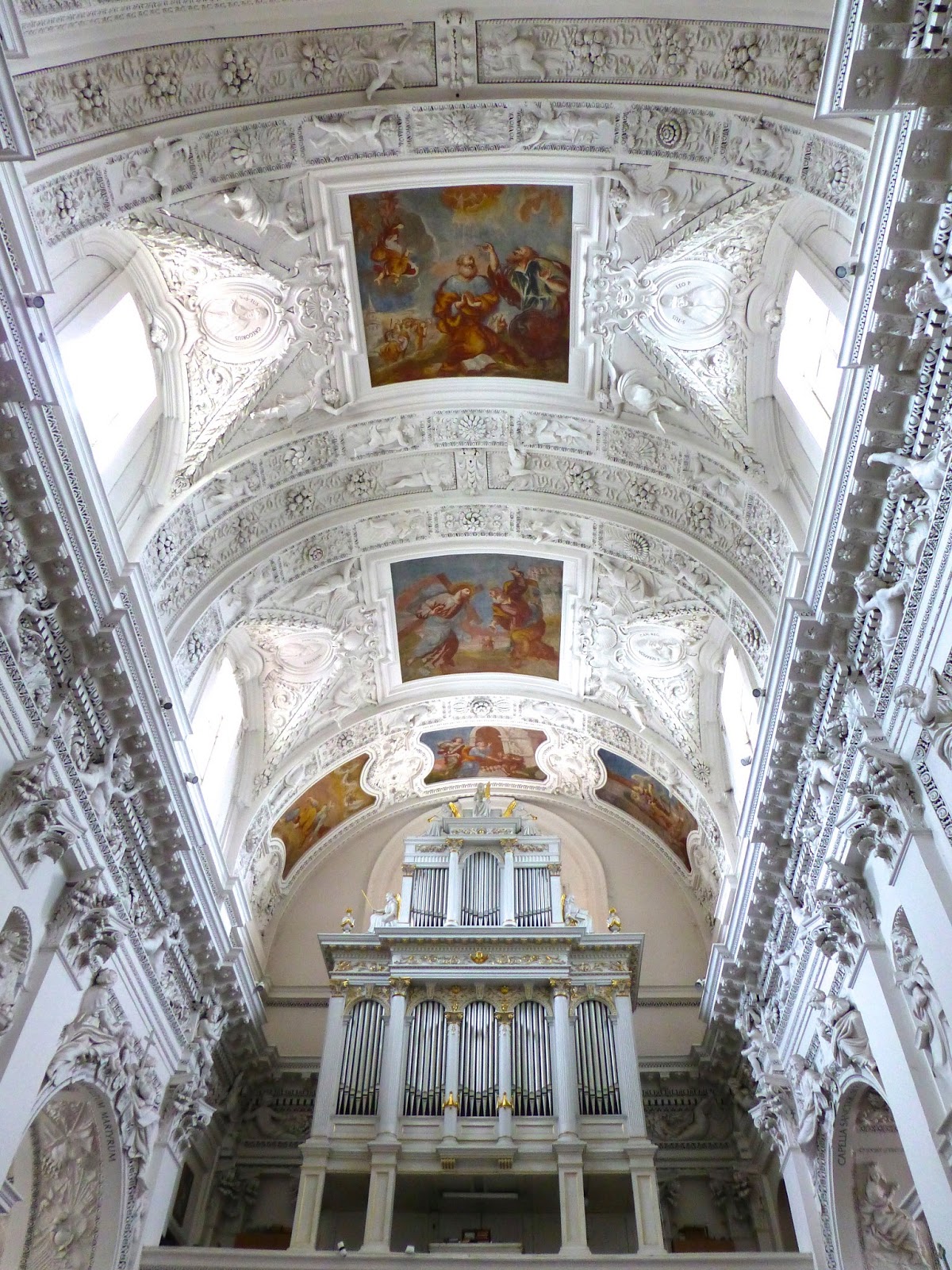 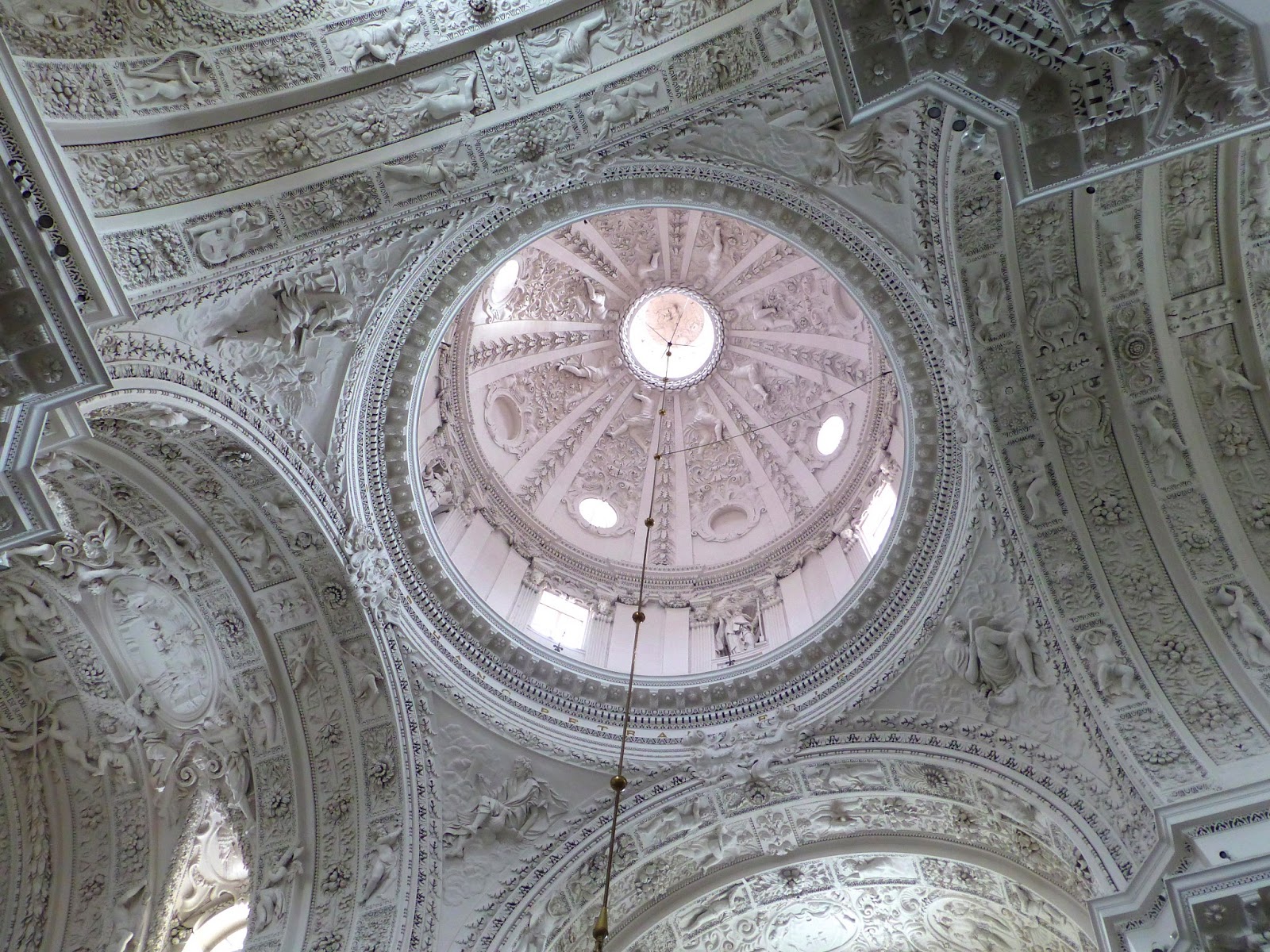 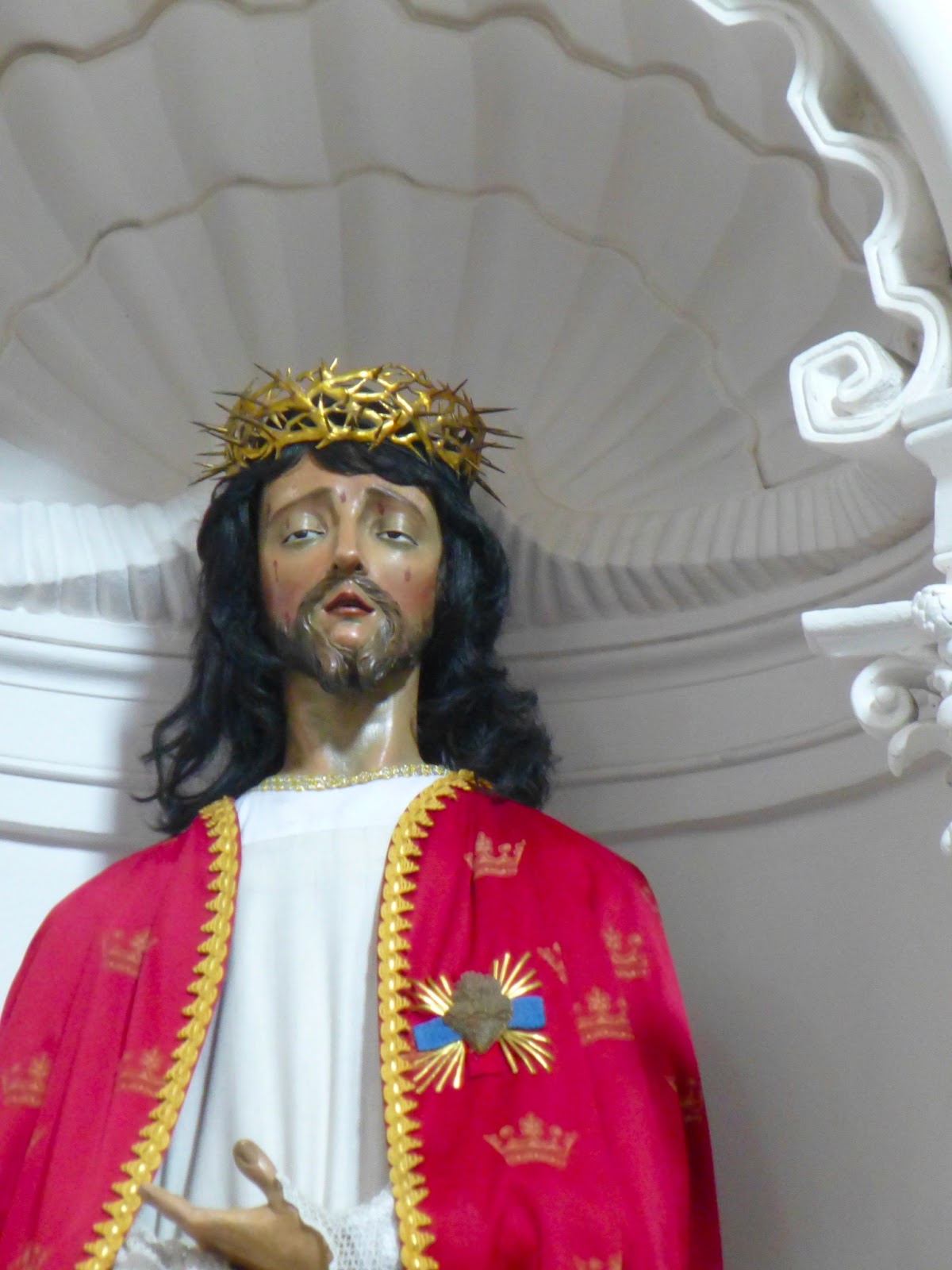 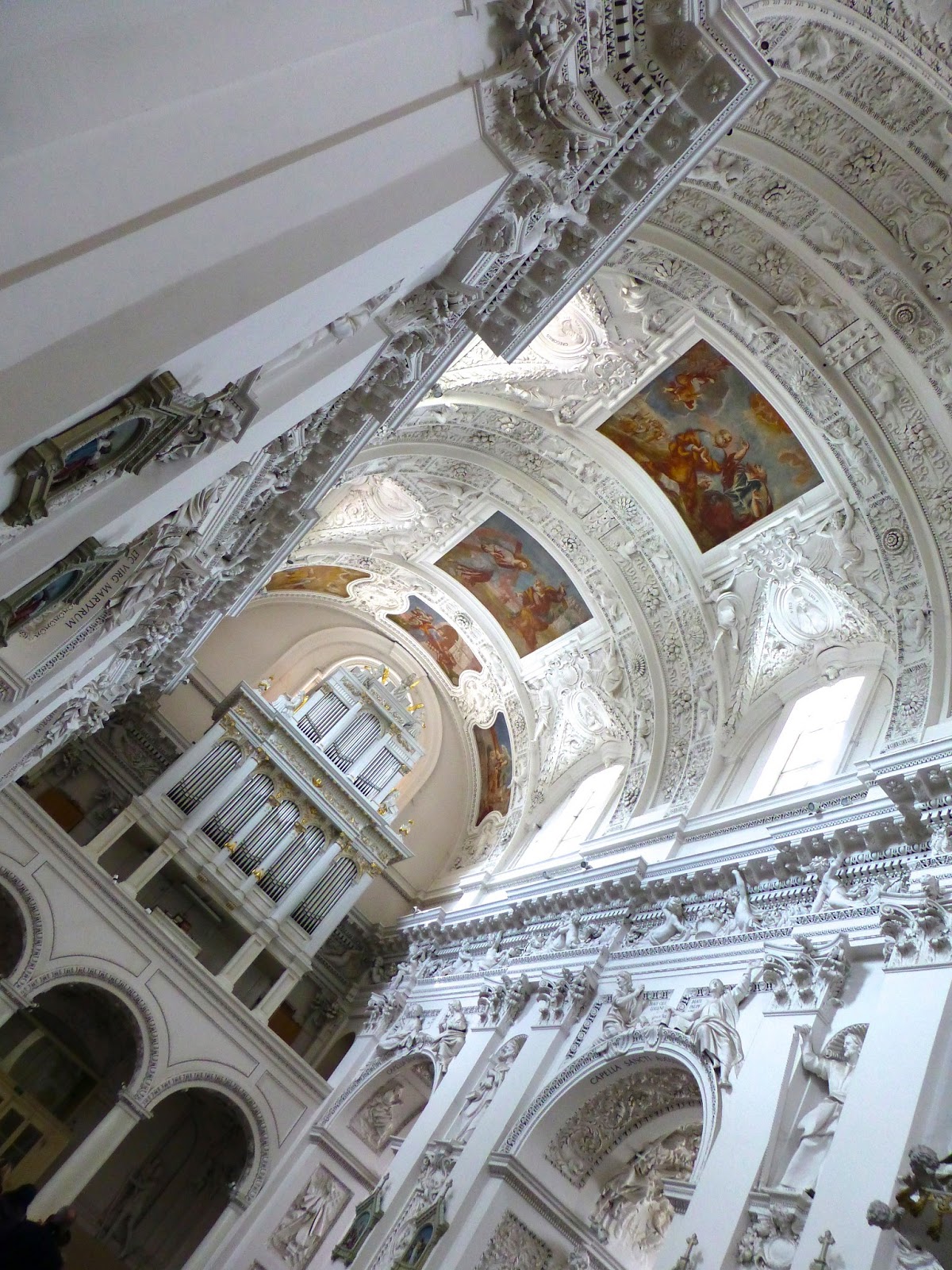 Posted by Annette Freeman at 5:29 AM