In the 1950s Roy Lichtenstein (1923 - 1997) was just a floundering wanna-be painter in New York, not really enthused with the abstract expressionism of Pollock, de Kooning, et al and in searching of his own style. Then one day he painted a giant version of Mickey Mouse, and the rest is history.

'Look Mickey' from 1961 was on view in the excellent Lichtenstein retrospective at the Tate ModernTate Modern in London, along with many more of his famous ‘comic dot’ paintings of love-lorn girls and gung-ho fighter pilots: all those favourites, such as 'Drowning Girl' 1963 [“I don’t care! I’d rather sink than call Brad for help!”] and 'Whaam!' 1963 [“I pressed the fire control... and ahead of me rockets blazed through the sky...”] These pictures are so well recognised by art audiences these days that it’s interesting to reflect on how startling they were when they first appeared, how different and challenging to anything else in the contemporary art world of the time, and just what Roy might have been getting at. 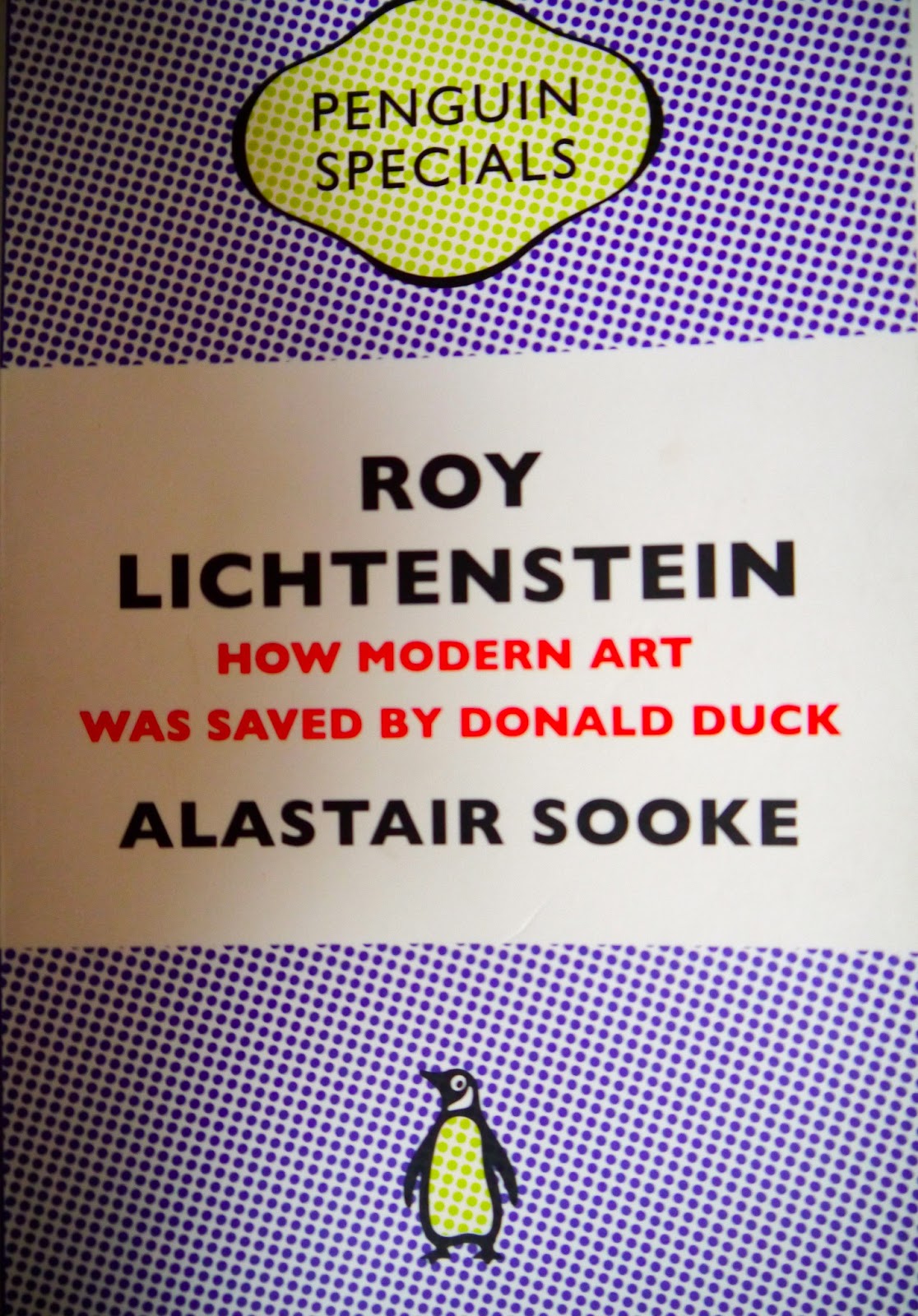 Recommended reading: Alastair Sooke's 'Roy Lichtenstein - How Modern Art Was Saved by Donald Duck' . Sooke draws attention to the 1962 painting 'Masterpiece' (which also in the Tate Modern show) which depicts two comic book people considering a painting, presumably painted by the man. The woman tilts her head winningly and says “Why Brad darling, this painting is  masterpiece! My, soon you’ll have all of New York clamoring for your work!” The jokes abound - the title ‘masterpiece’ given to a comic-book rendered painting; perhaps a defensive joke at the artist’s own expense? And prophecy? Soon all of New York was indeed clamoring for Lichtenstein’s work, and ‘masterpiece’ became a masterpiece of modern ‘pop art’. In 2012 one of Lichtenstein’s “Romance’ paintings from 1964 sold for almost $45 million.

Interestingly, Lichtenstein largely stopped painting comics around 1966 but in those few years he managed - along with Andy Warhol - to launch a whole new era in modern art, and along the way to throw out plenty of interesting challenges to the thinking art-lover. The carefully controlled paintwork as he depicted close-up of brush-strokes, applied with such free abandon by the Abstract Impressionists; the frenzy of war and the turbulence of romance depicted so coolly; the mimicking of the shallower aspects of contemporary culture.

In addition to the comic images, which Lichtenstein drew from actual comic books, he also painted careful monochrome images of everyday objects -- tyres, mirrors, coffee cups, washing machines, and the cover of mundane exercise books; and comic-ised versions of the old masters. Monet and Picasso were given the Lichtenstein treatment. He worked in 3D too, making ceramics and sculptures. 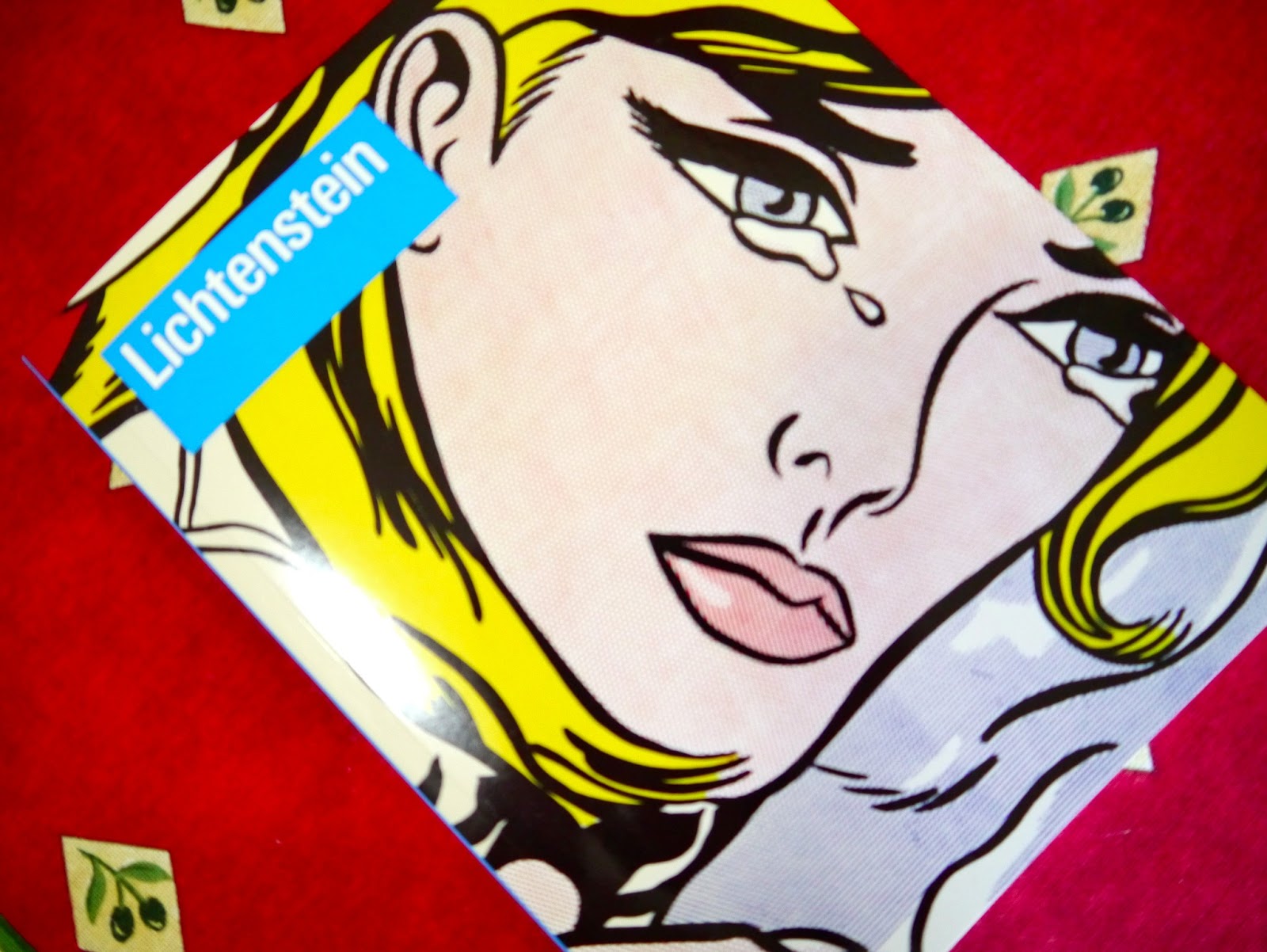 There’s a lot to consider about Lichtenstein’s artistic thinking (read Sooke for an excellent short guide), but here’s a few of Roy’s own comments to be going on with:

What I do is form...The comic strip is not formed in the sense I’m using the word; the comics have shapes, but there has been no effort to make them intensely unified. The purpose is different, one intends to depict and I intend to unify, And my work is actually different from comic strips in that every mark is really in a different place, however slight the difference seems to some. The difference is often not great, but it is crucial. (1963)

If this link  is still active, you can watch an amusing discussion between Alastair Sooke and cartoonist Dave Gibbons ('Watchmen') on the curious question of whether Lichtenstein's appropriation of comic book images went over the line into 'copying'.


I think many people miss the central tendency of the work...I don’t care what, say, a cup of coffee looks like. I only care about how it’s drawn, and what, through the additions of various commercial artists, all through the years, it has come to be, and what symbol has evolved through both the expedience of the working of the commercial artists and their bad drawing, and the reproduction machinery that has gotten this image of a coffee, for instance, to look like through the years. So it’s only the depicted image, the crystallized symbol that has arrived...We have a mental image of a sort of the commercialized coffee cup. It’s that particular image that [I’m] interested in depicting. I’m never drawing the object itself....(1962)

And how did Roy make those meshes of little dots mimicking the commercial printing technique of comic-book production -  the Lichtenstein ‘signature’? At first he used a dog-grooming brush with plastic bristle dipped in paint. Then he made a home-made stencil by drilling holes in a strip of aluminium. In 1962 he ended up with a large perforated industrial metal screen which made a good stencil. 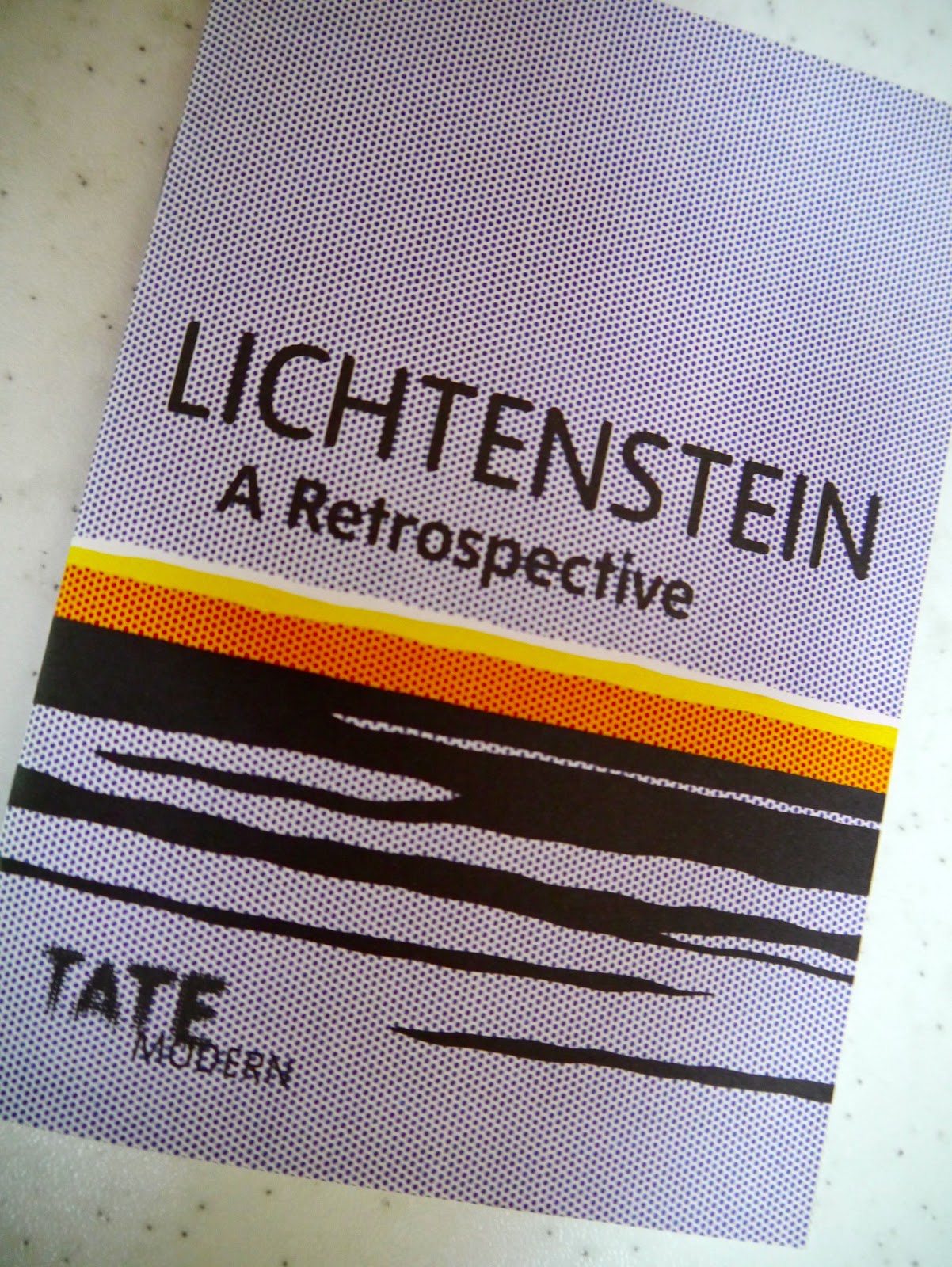 Posted by Annette Freeman at 3:17 PM