The Sublime and the Ridiculous 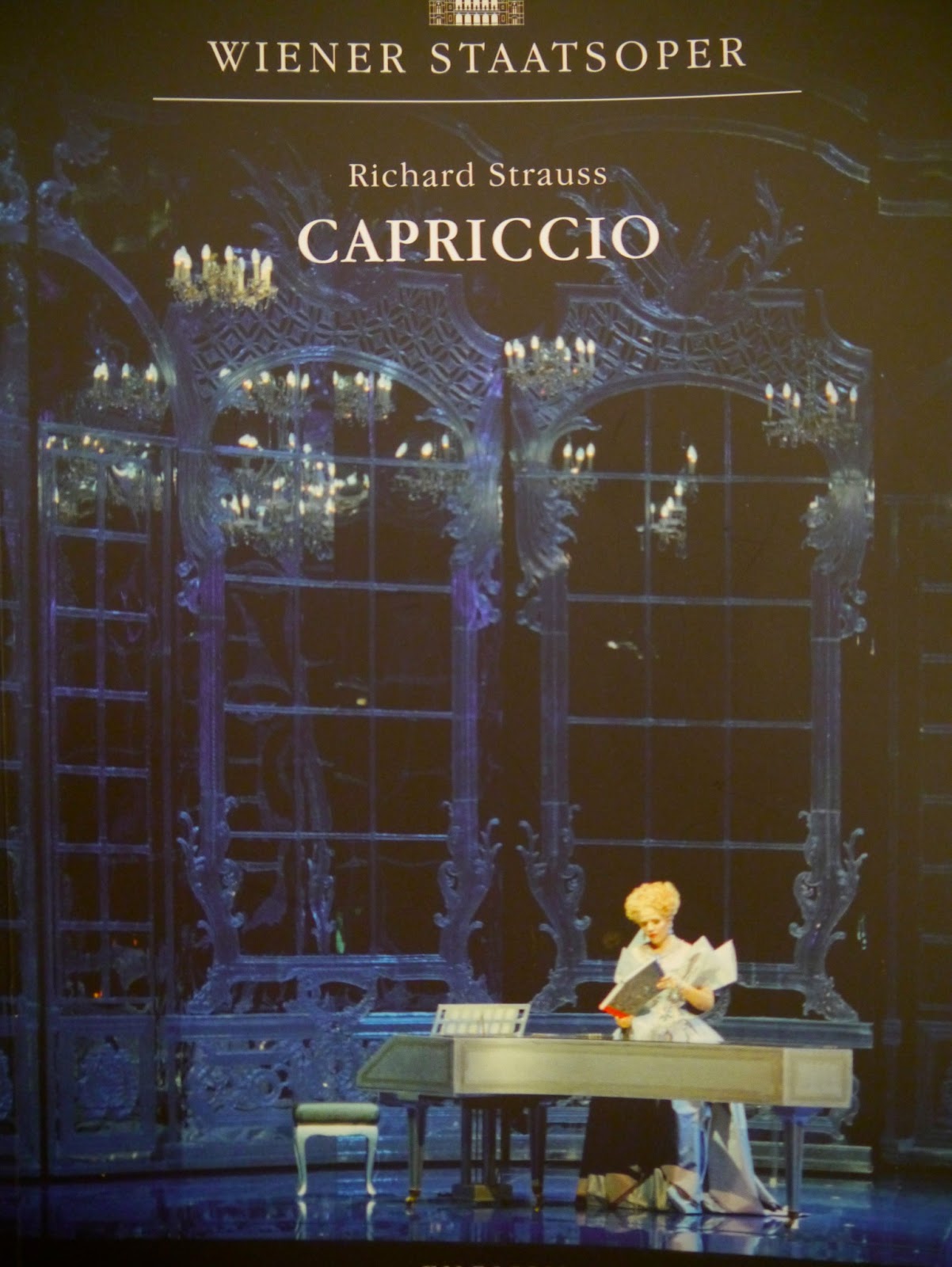 Renée Fleming is one of the greatest sopranos singing today and a renowned 'Strauss soprano'. Richard Strauss is one of the greatest 20th century composers. And his last opera, Capriccio, is - IMHO - his greatest. Thus, we had a winning combination at the Wiener Staatsoper - Vienna State Opera. Ms Fleming was stunning, and equalled by her excellent fellow cast members, under the baton of Christoph Eschenbach. Sublime indeed.

Capriccio (1941) is an intriguing opera about opera. It is a charming, reflective, intellectual conversation piece composed of a great swathe of mesmerising music that continues for two hours and a quarter. At the end, you're walking on clouds. There's very little action as such, but the premise is a debate between friends over what is more important, the music or the words. Music is represented by the tenor, a young composer named Flamand (Michael Schade); and words by the baritone, a poet named Olivier (Markus Eiche). Both are in love with the Countess, Madeleine (Ms Fleming), she playing the role of muse for both of them. The argument in favour of the director, the staging, the production and the design is made by La Roche, a humorous bass role (Kurt Rydl); and we also have Clarion the actress (Angelika Kirchschlager) and the Count, Madeleine's brother, playing an unmusical critic (Bo Skovhus).

In the course of this careful debate, Strauss manages to reference all kinds of musical motifs, including some of his own, and to criticise Italian opera rather obviously -- there is an interlude with two Italian singers melodramatically performing 'in the Italian style', and some cutting lines about triumphal marches (take that, Verdi). Strauss has his characters consider the subject of opera itself - and then compose one, in fact, the one we're hearing. A clever conceit. The opera ends with the Countess, in a long and extraordinarily beautiful monologue, still unable to decide between her two suitors or between words and music, which she decides are best entwined. We end with one of the most trivial finales in all opera - the major domo appears and says, 'Dinner is served'. Bliss. 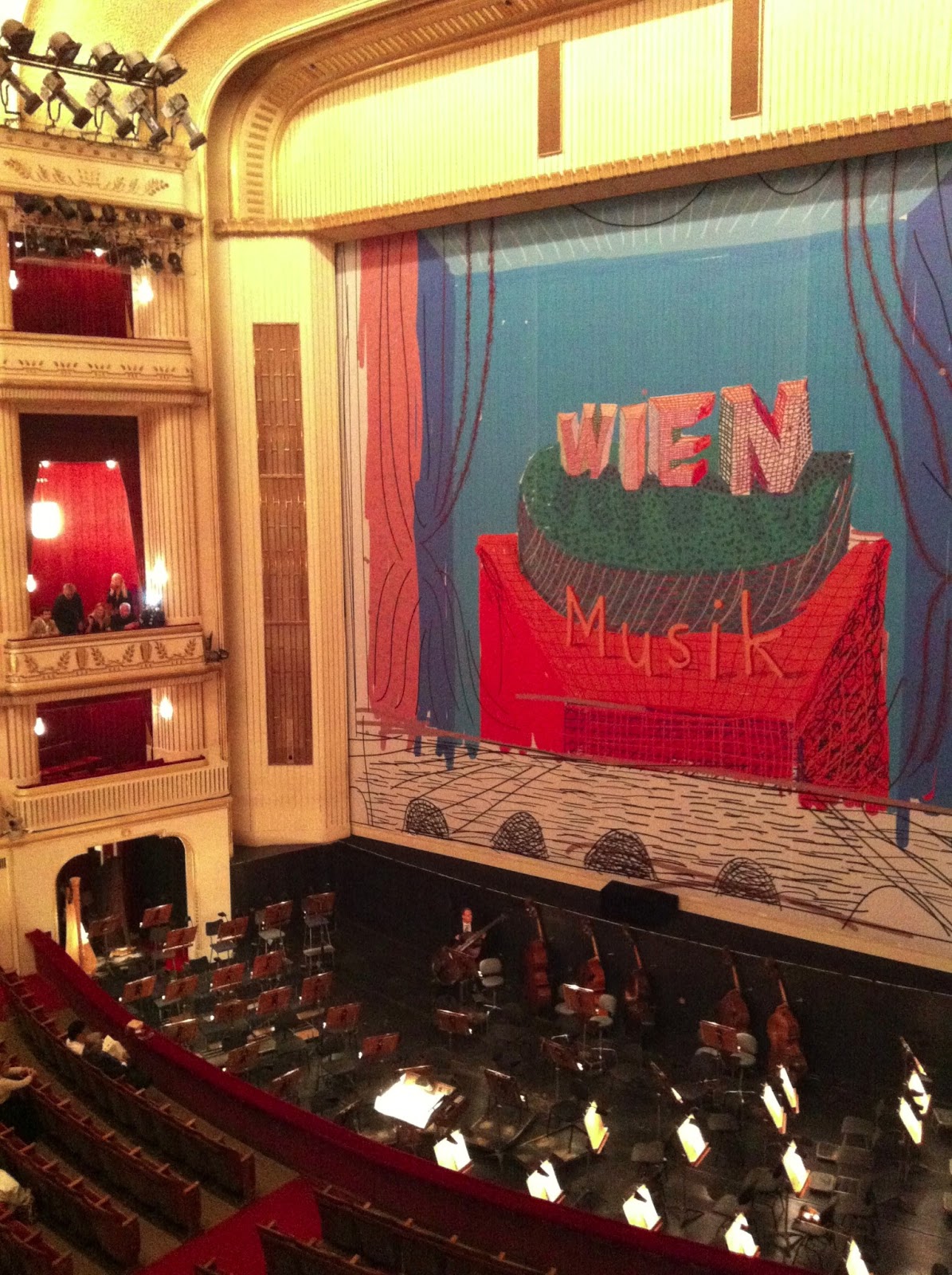 The drawbacks of opera are also frankly aired -- the loudness of the orchestra drowning the singers, the absurdity of discussing politics in song, or dying while singing a loud aria.

And the very next night, the Wiener Staatsoper treated its audience to a resounding example showcasing most of these absurdities (excepting only the triumphal march). A performance of Gounod's Roméo et Juliette (1867) included several prime examples of quarrels performed in song, to say nothing of the incredibly long and forceful death scene, with the two main protagonists spending at least half an hour dying, vigorously. The staging also included just about every cliché in the repertoire -- after the fireworks, the on-stage photography, the banks of candles, the twilight stars, what else could there be? Ah yes, someone rides on a bicycle, there's an on-stage band, with a piano accordion; and wait - there's another bicycle. Sadly, though the tenor singing Romeo did his best alongside an excessively loud Juliet -- and I have to say they both worked very hard -- the singing did not save the production or the composition.

However, the cast did not appear to realise this, and a small portion of the audience was very enthusiastic. Perhaps they like loudness in their sopranos. I always make it a point to stay for the curtain calls of the cast. Whatever the evening has been like, they do work hard. But on this night they kept coming back and back...and back...most of the audience had left long since, but a few hardy fools remained applauding, which seemed to encourage the cast to come back yet one more time. Couldn't they see that there's only six people left clapping? Placido Domingo was conducting, too - you'd think that a fine old hand like him would have stopped their foolishness. I think they were still rushing back to take another bow to two or three appreciative fans as I made my way out of the theatre.

As if to make sure that all the awful things that can go wrong in an evening at the opera were taken care of in the one visit, this evening also included a small child in my box who insisted on kicking, pulling and climbing on the back of my chair throughout, when she wasn't prodding me in the back. Could anything could be more distracting? Yes! The deplorable English translation of the libretto for the sur-titles was so astoundingly awful that they managed to take my attention, with awful fascination, away from kicking child, bicycles and foghorn soprano. A few samples linger in my memory...and always will, I fear.

Posted by Annette Freeman at 1:30 AM