In 1463, Niccoló Dell'Arca made a beautiful life-sized terracotta tableau of the dead Christ surrounded by grieving friends and relatives. It's known as the Compianto Sul Cristo Morto and is in the church of Santa Maria della Vita in Bologna, and the Rough Guide waxes lyrical over it, describing it as "among the most dramatic examples of Renaissance sculpture you'll see."


The friends and relatives include Joseph of Arimathea, Mary Salome, the Virgin Mary, St John the Evangelist, Mary of Cleophas and Mary Magdalene (who is particularly upset). They're reputed to have been modelled on the agonised faces of the patients in a nearby hospital run by the church.

The tableau became a cult icon and attracted pilgrims in their droves, their offerings helping to keep the hospital funded.

At the moment the group is enclosed by protective scaffolding. A notice says that it's necessary because of the 'the recent earthquake' and will remain until things can be fixed up. Time to leave another offering, I think.


The members of the mourning group? Joseph of Arimathea was a rich man and follower of Jesus who donated his own prepared tomb for Christ's body. John the Evangelist was a disciple of Jesus and the author (presumed) of the Gospel of St John. The Virgin Mary, Christ's mother, needs no Wiki link, and her grief is understandable. The other women are sometimes referred to as "the three Marys", all of whom are mention in one or other of the Gospels as being present at the crucifixion. Mary Magdalene has featured before on this blog. Mary Salome and Mary of Clopas (or Cleophas) were possibly aunts of Jesus (one the sister of Mary, mother of Christ; and the other married to a brother of Joseph. Possibly.)


The theme of the lamentation over the dead Christ is of course common in Christian iconography, one of the most famous images called 'Cristo Morto' being that of Mantegna (from about 1480), which is in the Pinacoteca di Brera in Milan, the odd perspective making it strangely affecting. 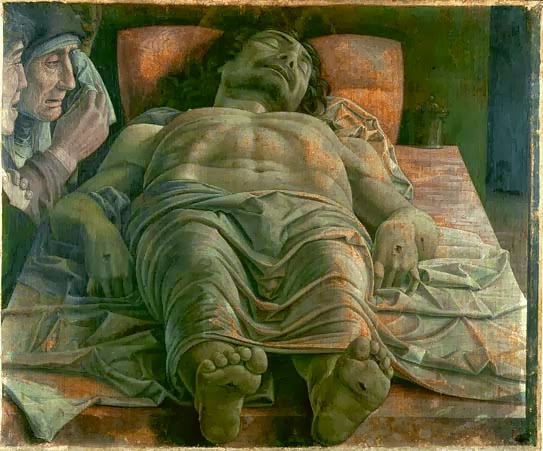 And over in the big Basilica of San Petronio in Bologna is a similar carved-wood group that echoes that in Santa Maria della Vita, made in 1916. The same people surround Christ in similar attitudes. Mary Magdalene (right) remains very upset. 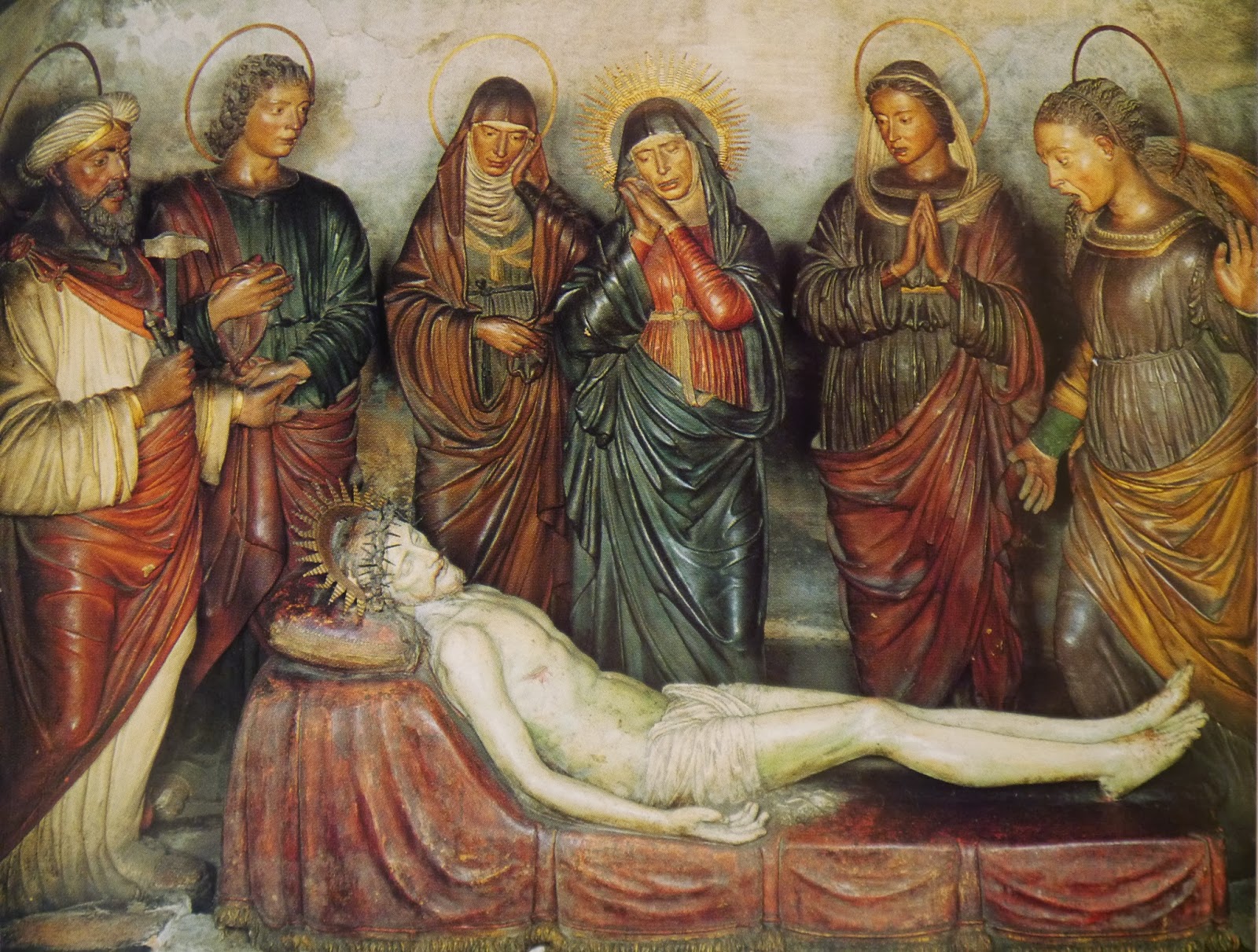 Posted by Annette Freeman at 8:01 AM