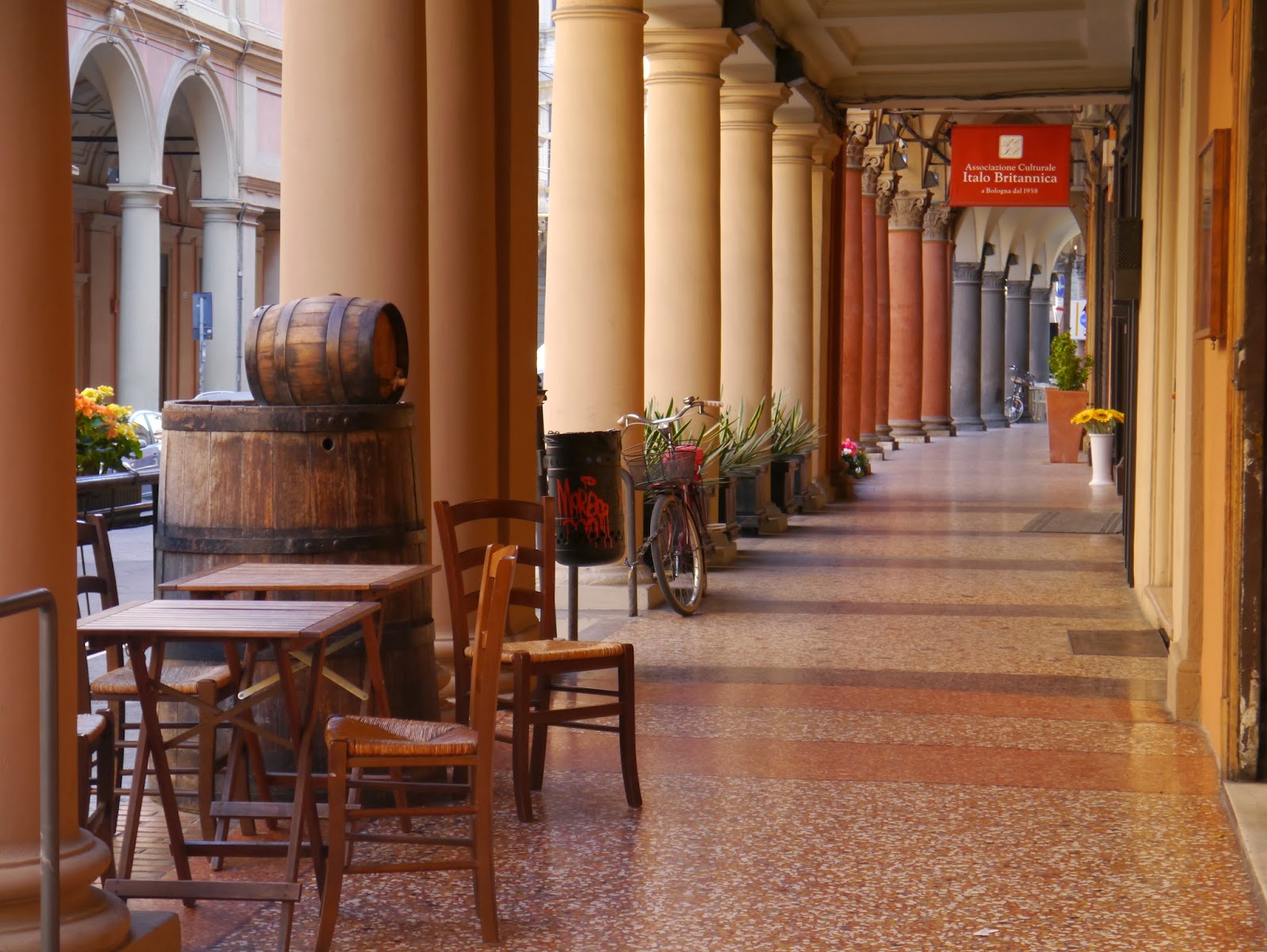 Bologna is an attractive small city, and this is due partly to its handsome porticos that stretch along both sides of most streets in the city centre, and in fact run for kilometre-long stretches. Since the beginning of the 13th century, buildings in the heart of Bologna have been built with arcades, which had to be tall enough to let a rider on a horse through.

The oldest remaining buildings have the original columns and beams made of wood - Casa Isolani is an example - though the later structures are of brick and stone. There's a 35-kilometre long network of porticos, the longest in the world. Not only is this architecturally picturesque, it must also be great in inclement weather. Walking around Bologna, it was clear that the tradition of arcades, or porticos, has been kept up even on the more obviously modern buildings.

Bologna's system of porticos also boasts the longest single arcade: a three-kilometre long stretch, built between 1674 and 1739, which takes you (if you choose to walk it) from the city up to the top of della Guardia hill and the Sanctuary of the Madonna di San Luca - so called - I have to mention this - because it houses a painting of the Madonna attributed to Saint Luke the Evangelist. It was brought to Italy - the story goes - by a Greek hermit who got it from the Hagia Sophia in Constantinople (Istanbul). My little guide book doesn't say how this hermit got hold of the painting, but it does claim that he was "ordered to deliver it to Bologna". Great story, eh?

But I digress again. Here's a picture gallery of some of the lovely porticoes of Bologna. I must go back one day and walk up to see San Luca's painting. Since the Greek hermit went to such trouble to deliver it. 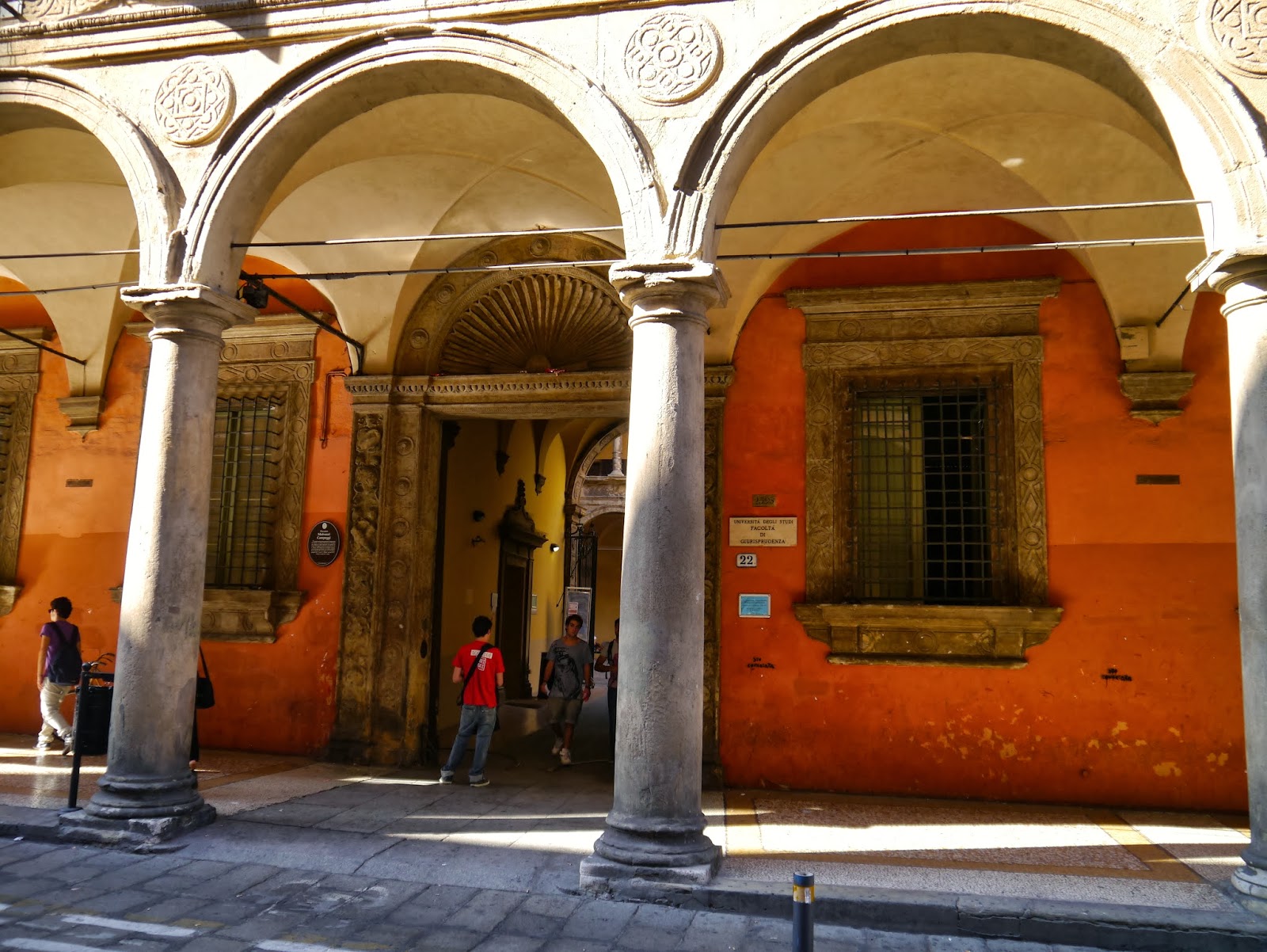 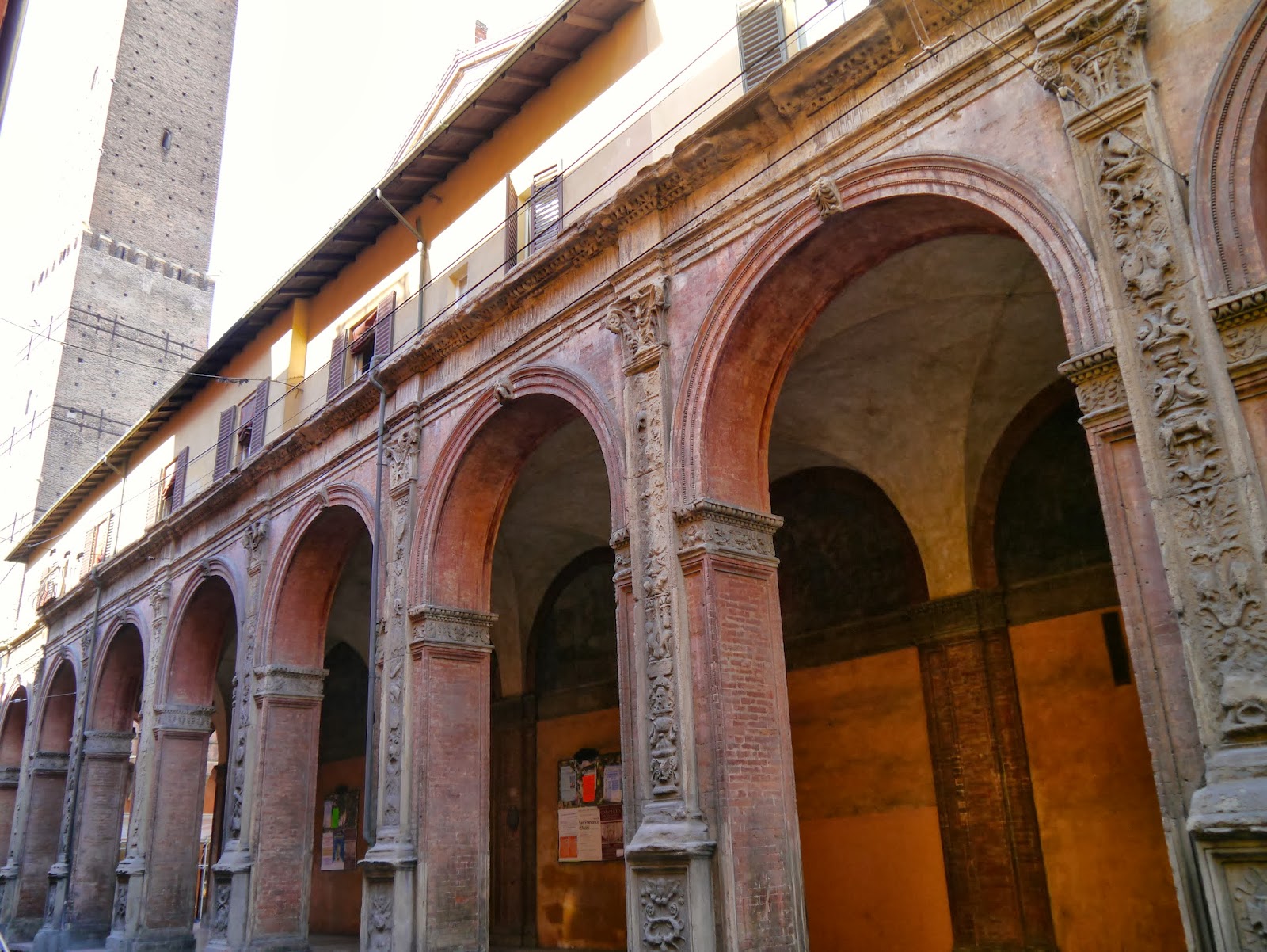 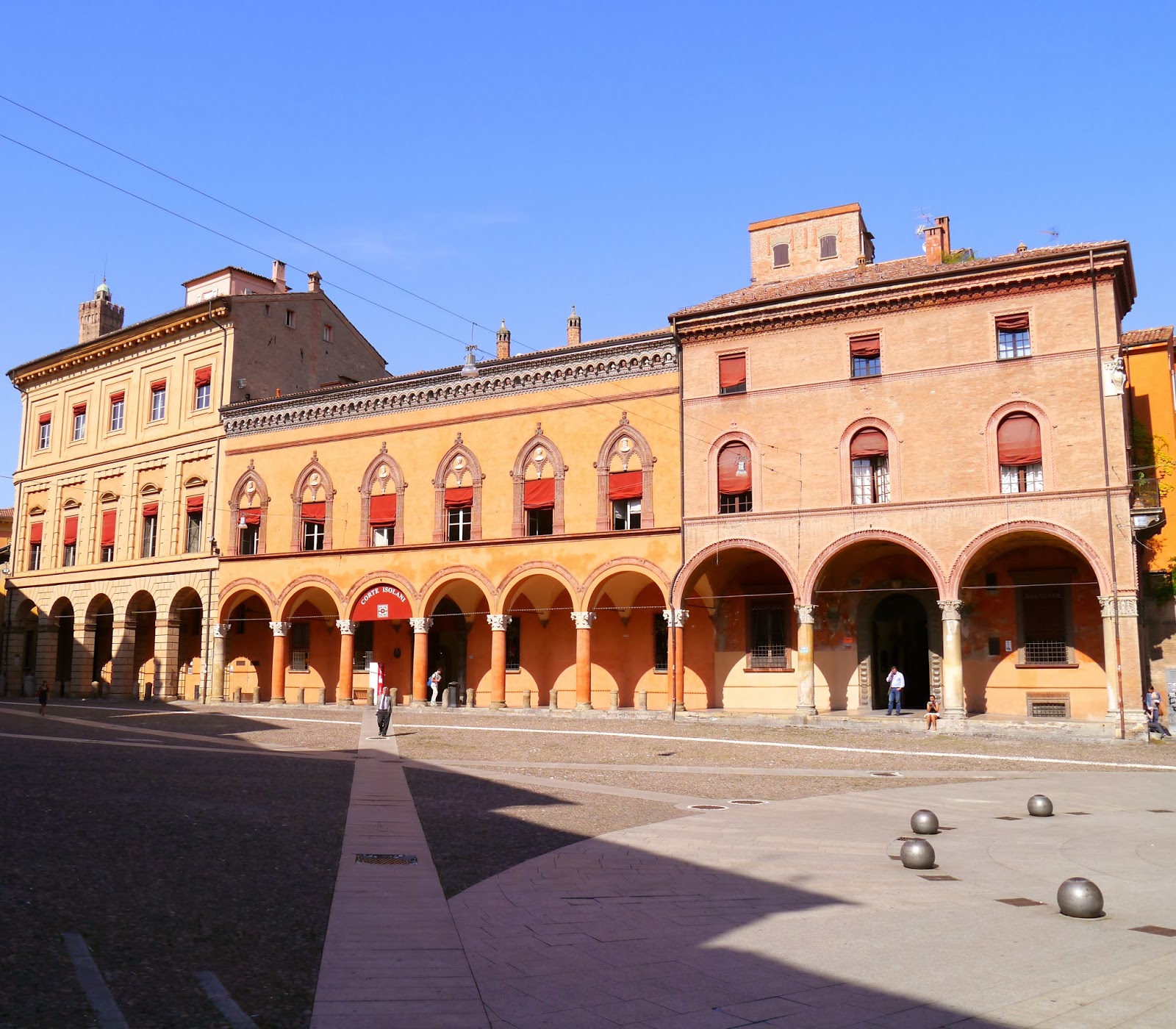 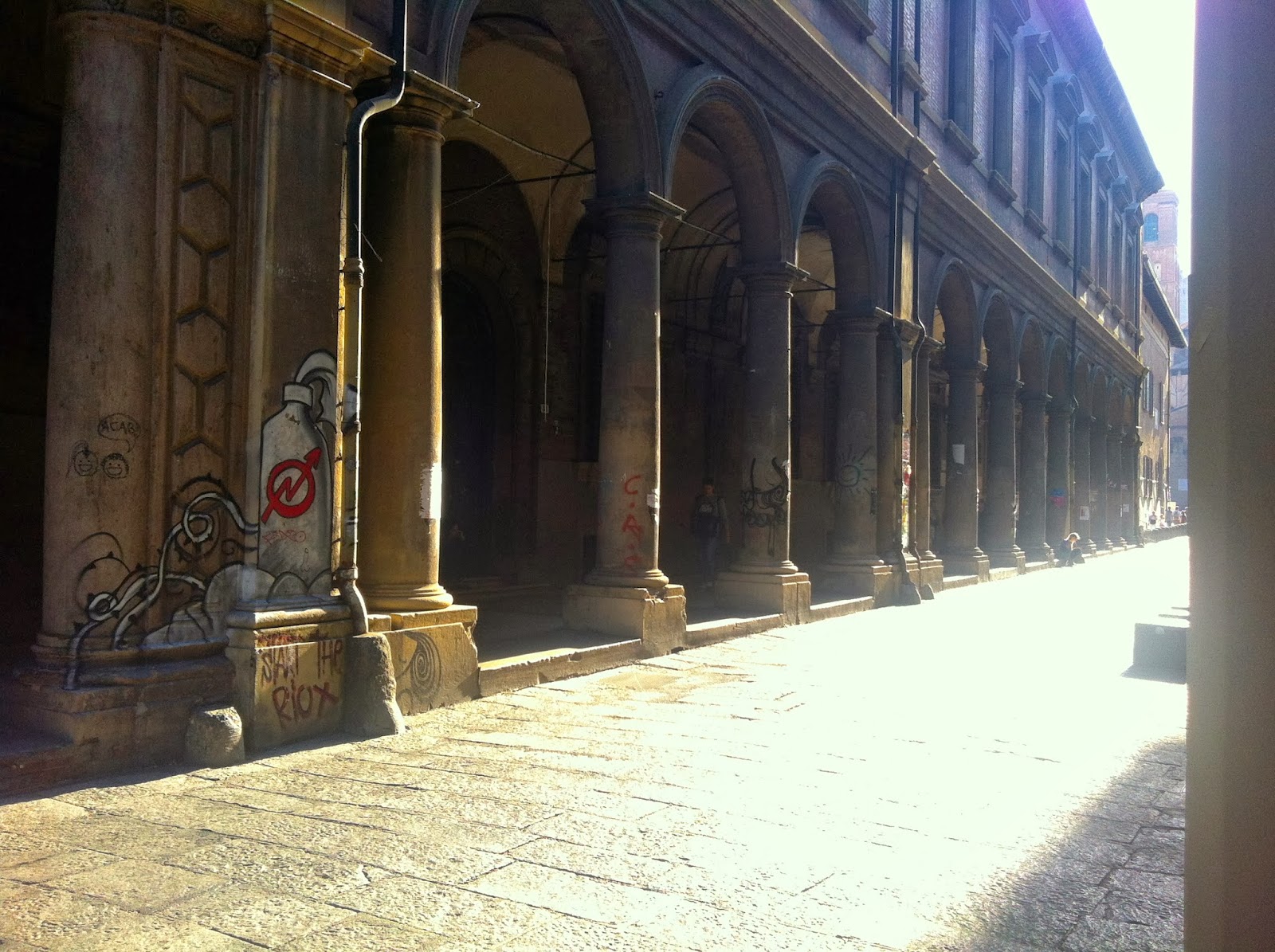 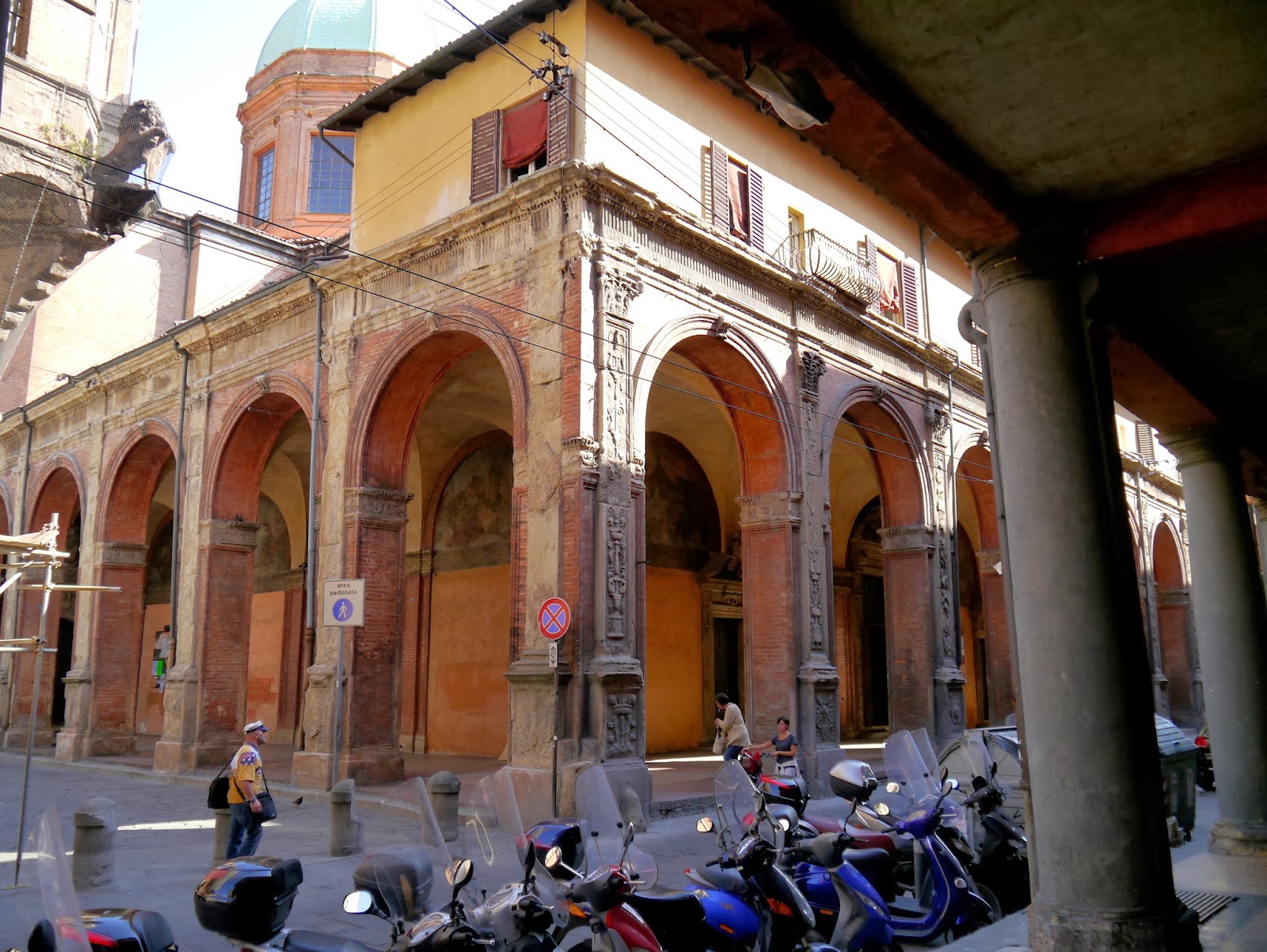 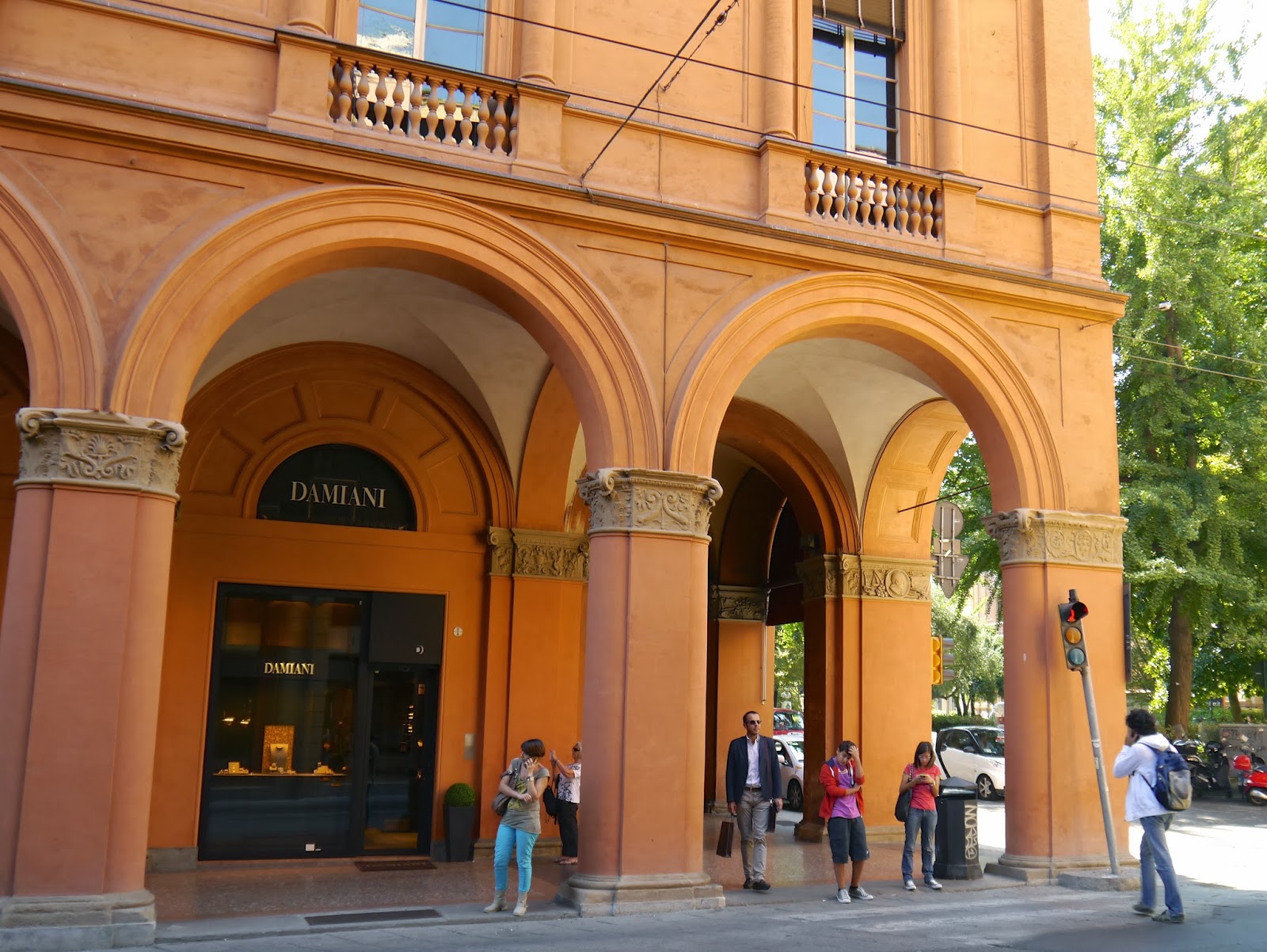 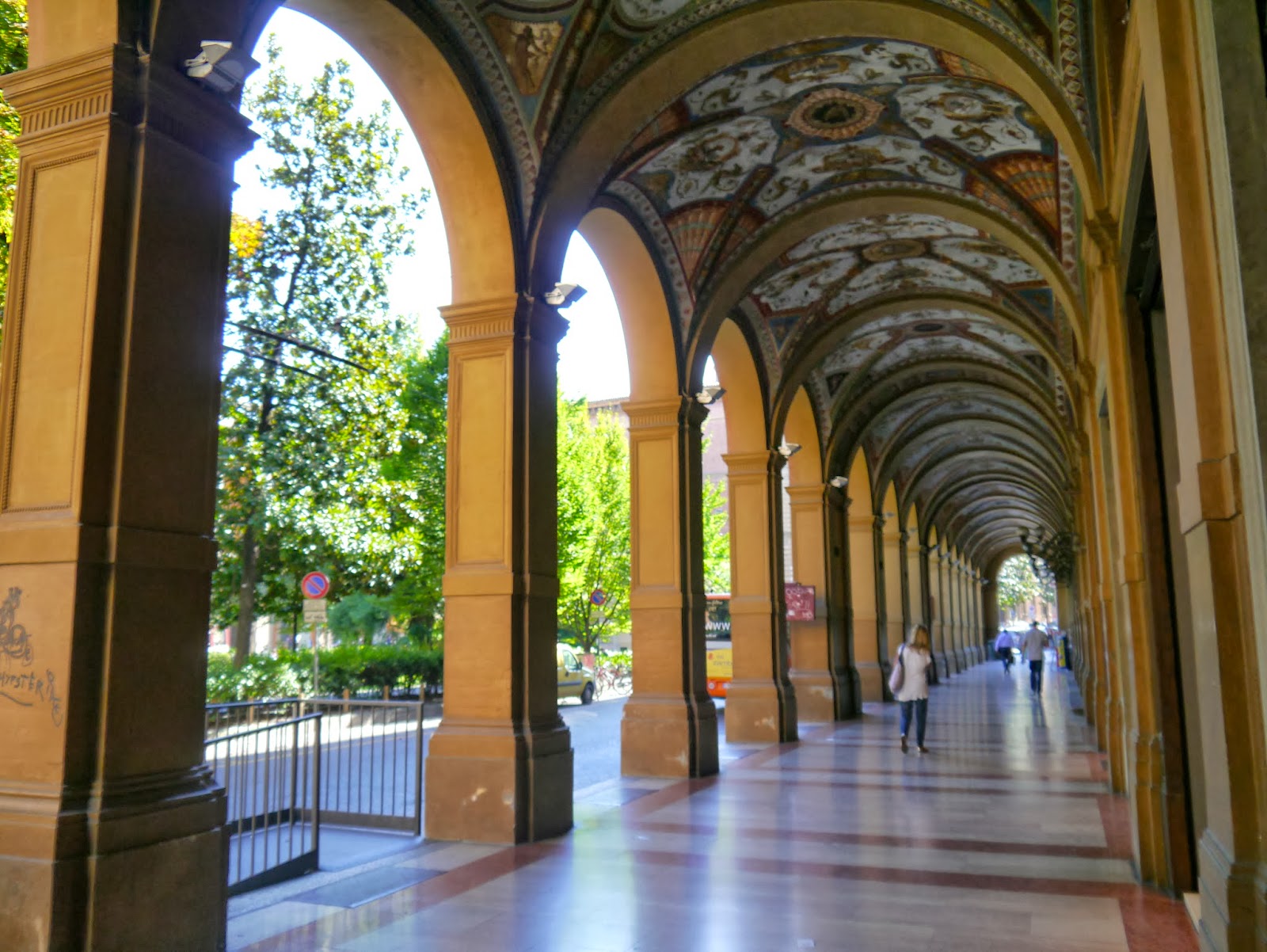 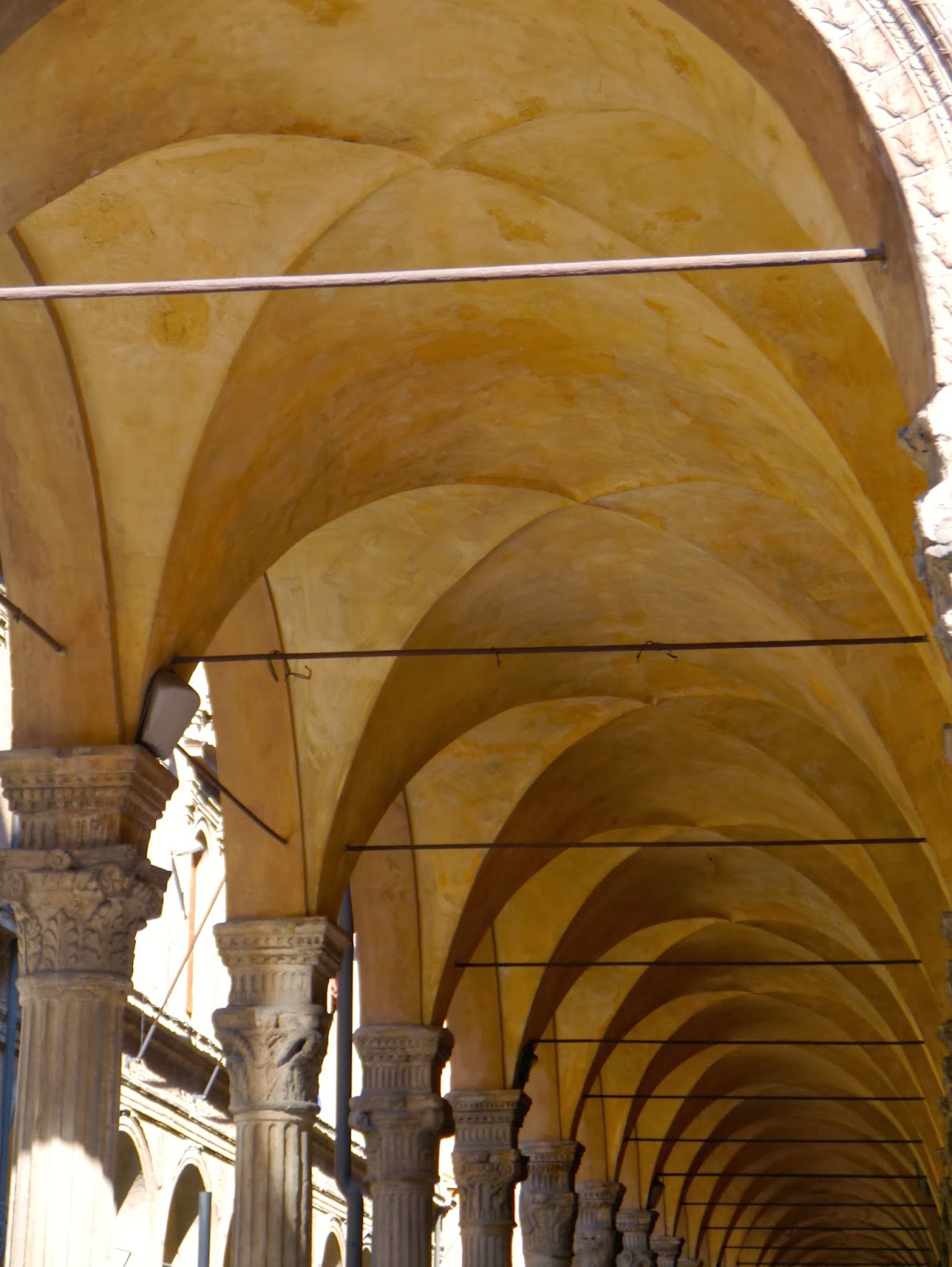 Posted by Annette Freeman at 8:17 AM