Welcome to 'la vie boheme', 'the bohemian life' - a blog begun to record the adventure of moving halfway around the world to become student again.

In late August 2010 I packed up my happy home in the Northern suburbs of Sydney, Australia, kissed my family goodbye, and flew off to London, England to see what it would be like. I was looking for a stimulating challenge, and I found it. The excitement of searching for and finding a new home, starting the course I had enrolled in, travelling to the now oh-so-near destinations in Europe, and experiencing my First Northern Winter are documented with more-or-less daily blog entries.

I have spent (roughly) the last thirty years as an intellectual property lawyer. I can still be found, on occasion, back in that world with my 'tribe', doing a little work to keep my hand in, as it were. But my  focus in London was an MA in Philosophy at Birkbeck College in Bloomsbury, Central London. I found out how philosophers differ from lawyers, how it is to dress down and not up, to be a student but hang on grimly to the credit card, to leave the car behind and hoof it everywhere on foot or by public transport. And most of all - to exchange the light and warmth of the antipodes for the dark and cold of Europe. But surely that too passes, and I was posting entries about the warm European summers soon... 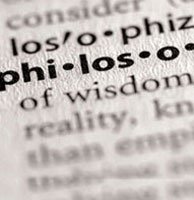 From the entries you will find it easy to see what I am interested in: travel, opera, theatre, travel, food, friends, history, travel, art and architecture, books, travel...and Londoners, their quirks and foibles, and their amazing city. And philosophy.


You will also soon see that I am blessed with a large and varied group of friends around the world who have made the move more exciting and much easier than it might have been; they are there with support and fun ideas and entertaining adventures, and you will see them crop up from time to time in the blog posts.

UPDATE: IN October 2012 your blogger moved from London to the Amalfi Coast of southern Italy: from 'la vie boheme' to 'la dolce vita'. Check back to see how a little more sun and a lot more Italians change things....

The name of the blog

'la vie boheme' was used by a friend to describe the life I would be living when I decided to become a student again. The phrase typically refers to bohemian students, holed up in a cold garret, living off a shoestring while they pursue their studies. In the case of the students in Puccini's opera "La Boheme", the studies were of writing, art, music and...philosophy. The Broadway musical 'Rent' (by Jonathon Larson), and later the movie, is an updated version of the story.The musical features a song entitled 'La Vie Boheme'.

If you look up 'bohemianism' in Wikipedia you'll find this:

Bohemianism is the practice of an unconventional lifestyle, often in the company of like-minded people, with few permanent ties, involving musical, artistic or literary pursuits. In this context, Bohemians can be wanderers, adventurers, or vagabonds.

This use of the word bohemian first appeared in the English language in the 19th century to describe the non-traditional lifestyles of marginalized and impoverished artists, writers, journalists, musicians, and actors in major European cities. Bohemians were associated with unorthodox or anti-establishment political or social viewpoints, which were often expressed through free love, frugality and/or voluntary poverty.

Now let me see....I would be happy to claim that I am pursuing musical (as in going to hear) and literary (as in writing) pursuits, and possibly artistic pursuits also, if you count gallery-hopping. I have in fact ended up in a garret, in the rafters of St Pancras Chambers, though it is a rather luxury-style garret. I am working on the 'frugality' aspect (everything is relative, right?), and as to free love - perhaps you should watch this space. (*joke*) So my 'bohemian credentials are sketchy, but arguable.

Queen: 'Bohemian Rhapsody' - because I like the song and it is vaguely relevant. Of course, you might also be called 'Bohemian' if you come from Bohemia, a territory in the Czech Republic. I can confidently say that this doesn't apply to me. But now that I've looked it up, it seems a very interesting part of the world (dukes, kings and Central Europe's first university) so I might put it on the 'to visit' list. That's the way it goes with this blog - I find out interesting things and become quite sidetracked....but I digress....

The Bohemian town of Karlovy Vary.

Please join the conversation:
Comments can be left at the end of any post. Feel free to become an official (or unofficial) follower and let me know if an entry inspires a memory or comment.