After the Summer Holiday Hiatus (and with apologies to any regular blog readers out there), La Vie Boheme is back....! This return is only fitting, since August marks the anniversary of this blog, and the beginning of my adventure in leaving Sydney to try out the European - or at least British - lifestyle. Yep, allowing for a few slight discrepancies due to international time differences, today marks One Whole Year since I arrived in sunny London.

Today - the Monday Bank Holiday of 29th August - is, in point of fact, actually sunny. Momentarily. This (I have discovered) is something to be grateful for in London. It is not all I have learnt, and what could be more fitting today than that I share a few of my pithy insight with you?

1. London, indeed England, is a very big place. Possibly one could argue that it is also stuffed with too many people, and is on the skids economically and socially. I might be influenced in this comment by the fact that during April not only was the weather rubbish (as they say) but London and other British cities experienced the frightful phenomena of disaffected youth rioting and looting in their streets. I was sensibly ensconced on the Amalfi Coast at the time. Many locals, however, have come out rather touchingly with "I (HEART) London" signs and so on, and the Notting Hill Carnival this weekend seems to be going along with no trouble.

2. On the plus side, I am convinced that there is not a city on earth which offers such a cornucopia of cultural experiences as London. Theatre, opera, music, dance, art, exhibitions, history, museums...*faint* After a whole year of indulging without a trace of self-control, I am bloated and overwhelmed with it all. The Proms last night...Ralph Fiennes in 'The Tempest' tomorrow...Glyndebourne Opera last Friday, a choral eucharist in Southwark Cathedral on Sunday, a ticket for Shakespeare at The Globe next week that I don't think I will be able to use...ever heard of "decision overload"? It's a nice problem to have, but I need to control this addiction.

3. As a gateway to travel in Europe, this is, as I had hoped, a very excellent base. I can - and have frequently - hopped on the Eurostar to Paris, or the train out to the airport to fly off to...well, wherever I want, at a moment's notice and for very reasonable cost, and with only a one hour shift in time zones. Heck, I've even been known to go to Madrid for dinner. And in fact I'm going to Copenhagen for dinner this weekend. I've been to Spain, Italy, France, Germany, Greece...and I still have a mighty long list ahead.

4. The English have no sense of service, but I've learnt to chill out about that. Yes, it's a broad generalisation - as is saying that the North Americans have a fabulous sense of service - but even allowing for exceptions, both statements are broadly true. Thus, to live in London without your temper exploding, you must learn to allow ample extra time for all service transactions, be they getting served or getting the bill in a cafe or restaurant, dealing with telecoms or other service providers, waiting in queues for anything at all, and travelling on the tube (where the stoic British nature comes in very handy). The one exception to this is the TV license people, who are very swift and active indeed in chasing their fee, and very difficult to convince when you say you don't have a television ("Why don't you NEED a TV?")

5. London is vibrant and huge and busy and full of action, but sadly grubby and often downright ugly (memo to self: live near a park; they're lovely.) The English countryside (in its good bits, anyway) is unbelievably picturesque.

6. Birkbeck College was, overall, a disappointment. I loved some lecturers, but sadly too few. The 'star' prof, A C Grayling, left the College at the end of term under a cloud of very badly-reasoned academic abuse, I didn't get as many opportunities for consultations as I hoped, and the facilites for classes were mostly quite squalid. And to date I have received not one single assessment for any of the nine pieces of work I have submitted (results are due October; perhaps I should be nicer until they are out.)

The three worst experiences:
1. The dark winter. The VERY dark winter.
2. The Philosophy Lecture Room at Kings College (aka 'the yellow hole of Calcutta').
3. Wasting possibly three weeks of my life waiting for cafe waiters.

The three best experiences:
1. The first lecture on Plato, with a great lecturer, erudite fellow students, fabulous and vigorous and engaged discussion. Ditto most lectures on Nietzsche.
2. Walking my 'hood: Bloomsbury.
3. Snowy winter afternoons on the grubby sofas at the back of the Cafe Nero on the Strand, waiting for class and reading philosophy with other student types. Ditto the Starbucks on Tavistock Square.
4. Early morning forays to Spanish Class at the Insituto Cervantes on Eaton Square, and the great classes. Pero, todavía no hablan español.
5. The Fabulous Birthday Concert in St Brides, Ludgate Hill.
(I know, I know...that's five. But there have really been more highs than lows!) 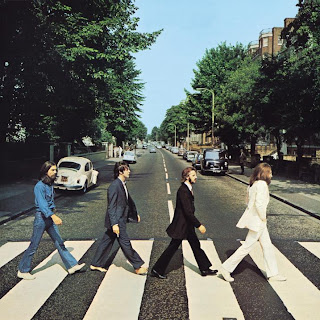 The year has been made especially special by many friends, some old (well, not that old), and many new. Muchas gracias, mis amigos: Kyle, Andrew (and Kaiser & Greta), Brigitta & Michael, Rachael, Genevieve, Matthew, Madame Thomas, Francis, Danielle, Josephine, Marilyn & Jim, Catherine, Patrick, Petra, Andy, Simone, Peter & Maria, Tamara & Barton, Louise & Rodney, David, Marilyn & Adam, Anna & Marius, John, Misha, Izzy, Carrollanne, Alan & Michelle, Claire & Paul; and visitors: Evan, Natalie & Tanya, Alex, Ken, Paul, Chris & Victoria, Giocondo, Eva & Sam, and Harry (almost). And trainer-extraordinaire at the gym, the amazing Dan. For those of you who have visited my eccentric abode in St Pancras train station...the news is that with the end of my lease I am moving - to the bucolic suburban neighbourhood of St Johns Wood (Jubilee Line, folks). My new home 'burb has a lovely park, a nice high street, a Carluccio's (my flat-hunting centred around the Carluccio's locations, of course), Lords Cricket Ground, a farmer's market on weekends, and Abbey Road Studios. Yes, I get to cross THE pedestrian crossing every day!


Continuous improvement, I hope. You'll see (if you care to follow) some changes in the content, which will focus more on travel stories and less on personal anecdotes, theatre experiences and philosophy, though these will no doubt still creep in. Travel is, of course, about a lot more than Roman ruins and nice hotels.

I'm adding a page about my writing and books.

I'm diving into the Twitter-sphere (if you don't hear from me for 3 weeks, send a rescue party. With champagne.)

I hope you'll continue to join me on the great adventure, both actual and virtual. Thank you to everyone who reads regularly, follows and comments. I hope to repay your interest with regular and interesting posts. If there's anything you want me to write about, give me a wave. 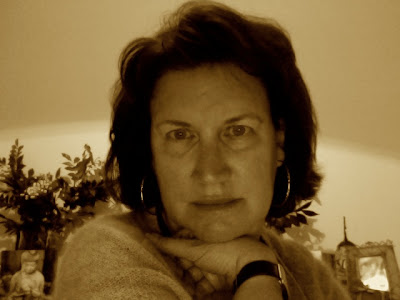 Posted by Annette Freeman at 2:47 PM