Don't let anyone put you off a visit to Iceland's Blue Lagoon with the story that it's just the outfall from a geothermal power station. OK,  so strictly speaking they would be correct about that, but the Blue Lagoon is so much more.

The lagoon is a man-made lagoon which is fed by the water output of the nearby geothermal power plant Svartsengi and is renewed every 2 days. Superheated water is vented from the ground near a lava flow and used to run turbines that generate electricity. After going through the turbines, the steam and hot water passes through a heat exchanger to provide heat for a municipal water heating system. Then the water is fed into the lagoon for recreational and medicinal users to bathe in. In 1976 a pool formed at the site from the waste water of the geothermal power plant that had just been built there. In 1981 people started bathing in it after the discovery of its healing powers for psoriasis. In 1992 the Blue Lagoon company was established and the bathing facility was opened for the public.(from Wikipedia)

The waters of the Blue Lagoon are also blissfully soothing, as is the soft fine silica sand that lines the bottom of the pool. Time passes unnoticed when you're lazing around in the metre-or-so deep water, moving gently to find the next warm spot -- the temperature varies a little depending upon where you loll.

You can also indulge in an unusual experience: an in-water massage. While you recline - or even sleep - on a floating rubber mat, covered in a towel soaked in the warm water, the masseuse will give your feet, limbs, back and neck a soothing massage. Without even leaving the lovely pool.

The waters of the Blue Lagoon have been know to assist sufferers of psoriasis, and there's a nearby Clinic which treats the condition.

Icelanders will tell you that you'll never meet any locals at the Blue Lagoon, that it's a tourist-ripoff, and that there are dozens of other hot pools around Reykjavik to enjoy. But the lovely architecture of the centre, the professional service, the spa, the restaurants, the VIP Suite...you get what you pay for.

The facilities, including the LAVA restaurant (with a dramatic natural rock wall), the clinic and the spa were designed by Iceland architect Sigríður Sigþórsdóttir and the VA Arkiteks team.

If the waters of the Blue Lagoon affect you as they do most people - with a lovely sense of well-being and general soothed-ness - you can also take home products developed from the silica and minerals in the waters. I recommend the Silica Foot & Leg Lotion with Menthol...mmmm...Blue Lagoon.... 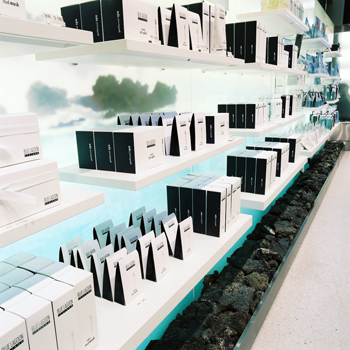 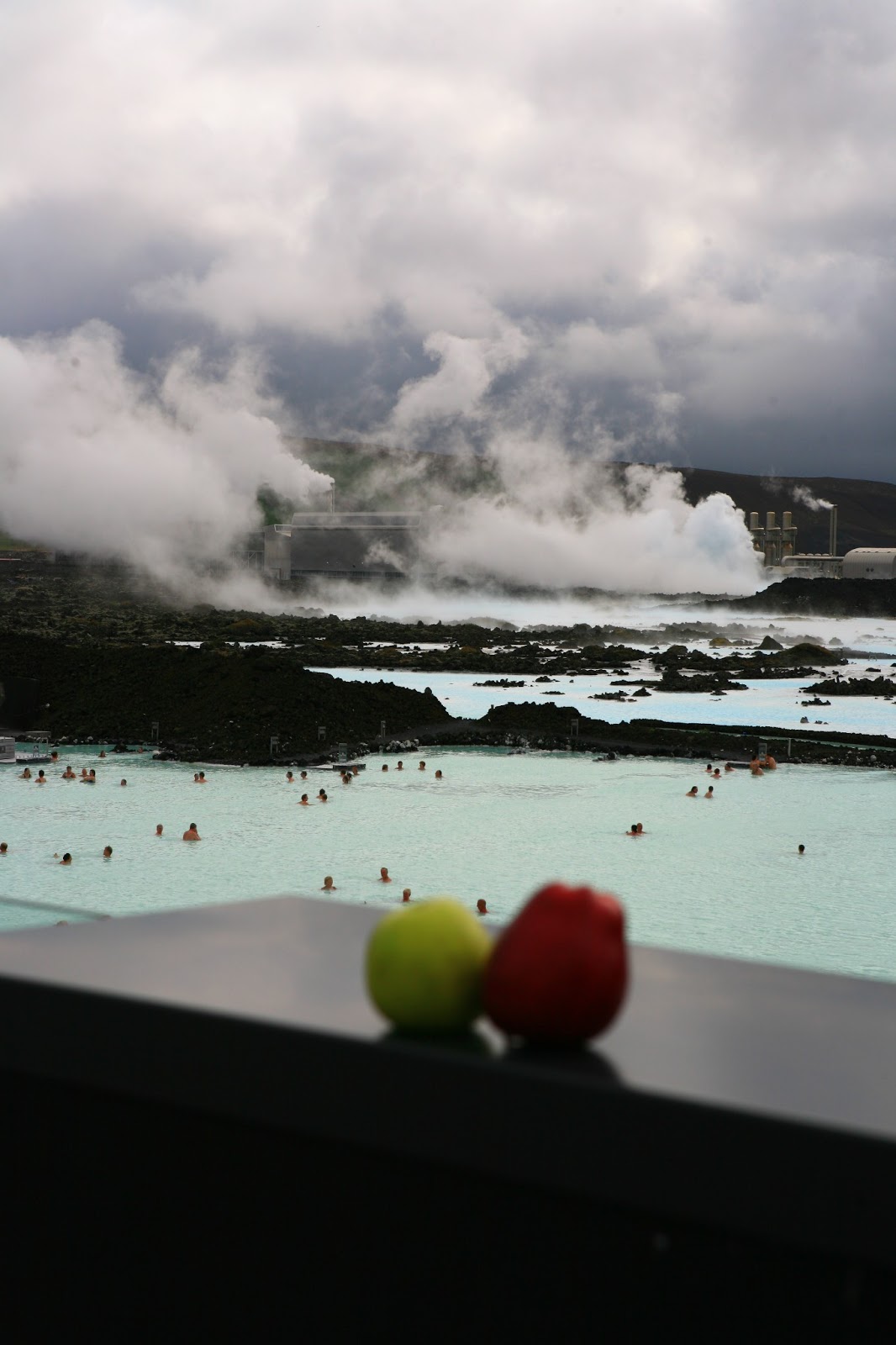 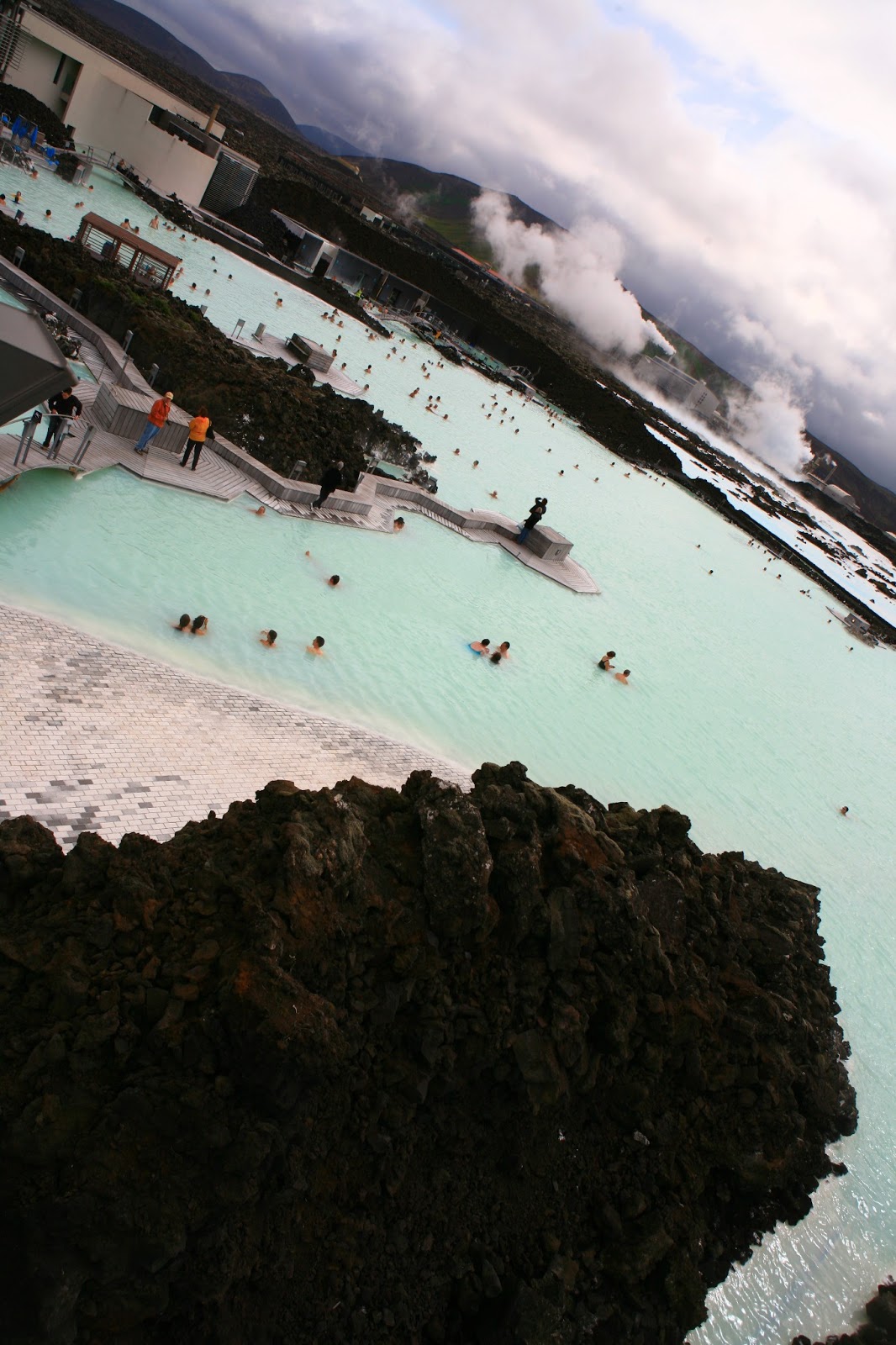 Posted by Annette Freeman at 1:37 PM