Reykjavik's beautiful new concert hall and conference centre, Harpa (pronounced 'hush-par') opened in 2011. Do check out the official website - it has far better photos than I was able to take on a rainy, grey day in Reykjavik in July (high summer!)

From afar the building is a stunning addition to Reykjavik's modest traditional waterfront. The glass box is designed to catch with colour any sunlight there is; the dramatic silhouette is a modern new vibe for the dinky, traditional buildings of Reykjavik's tiny downtown. 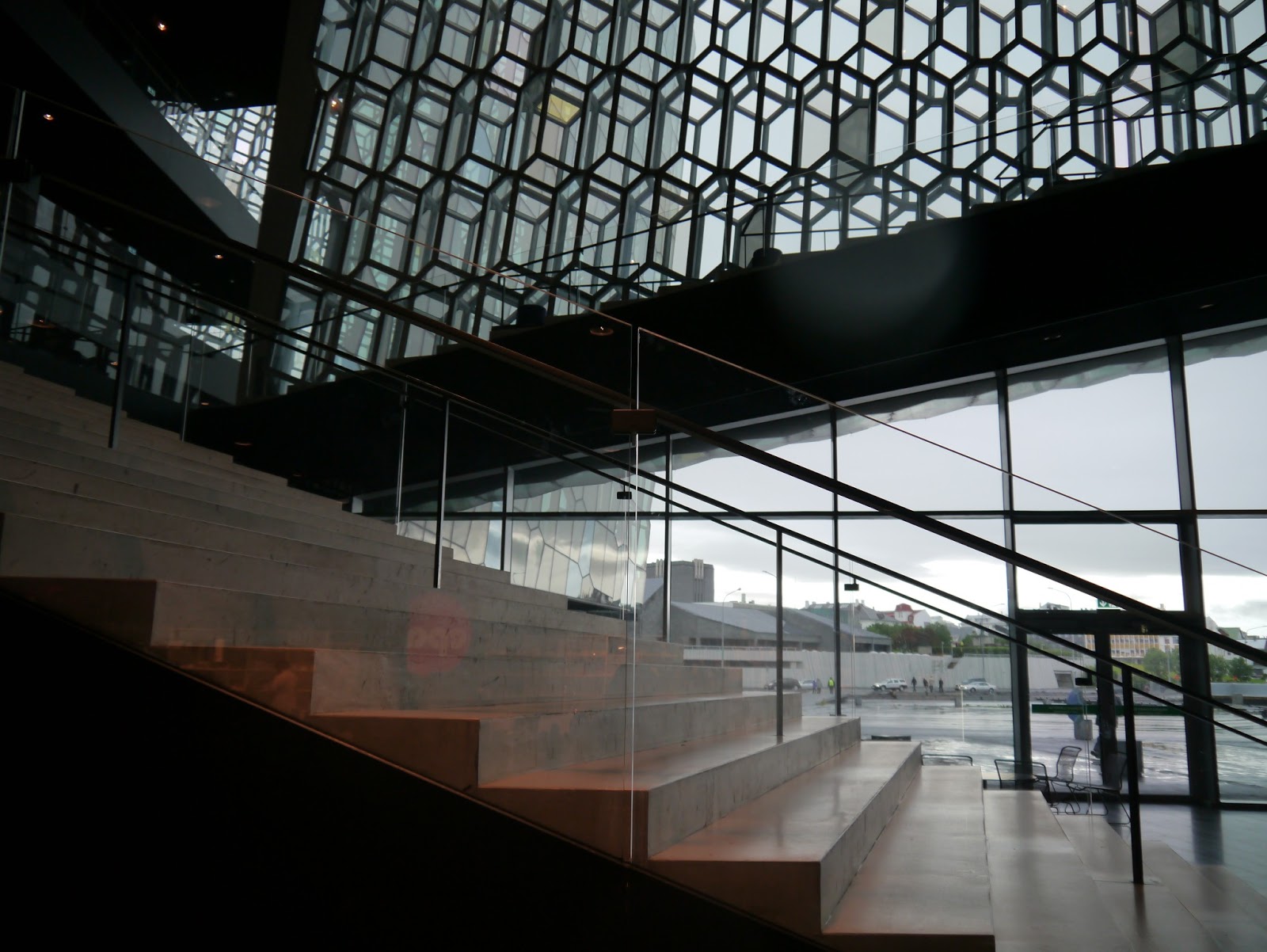 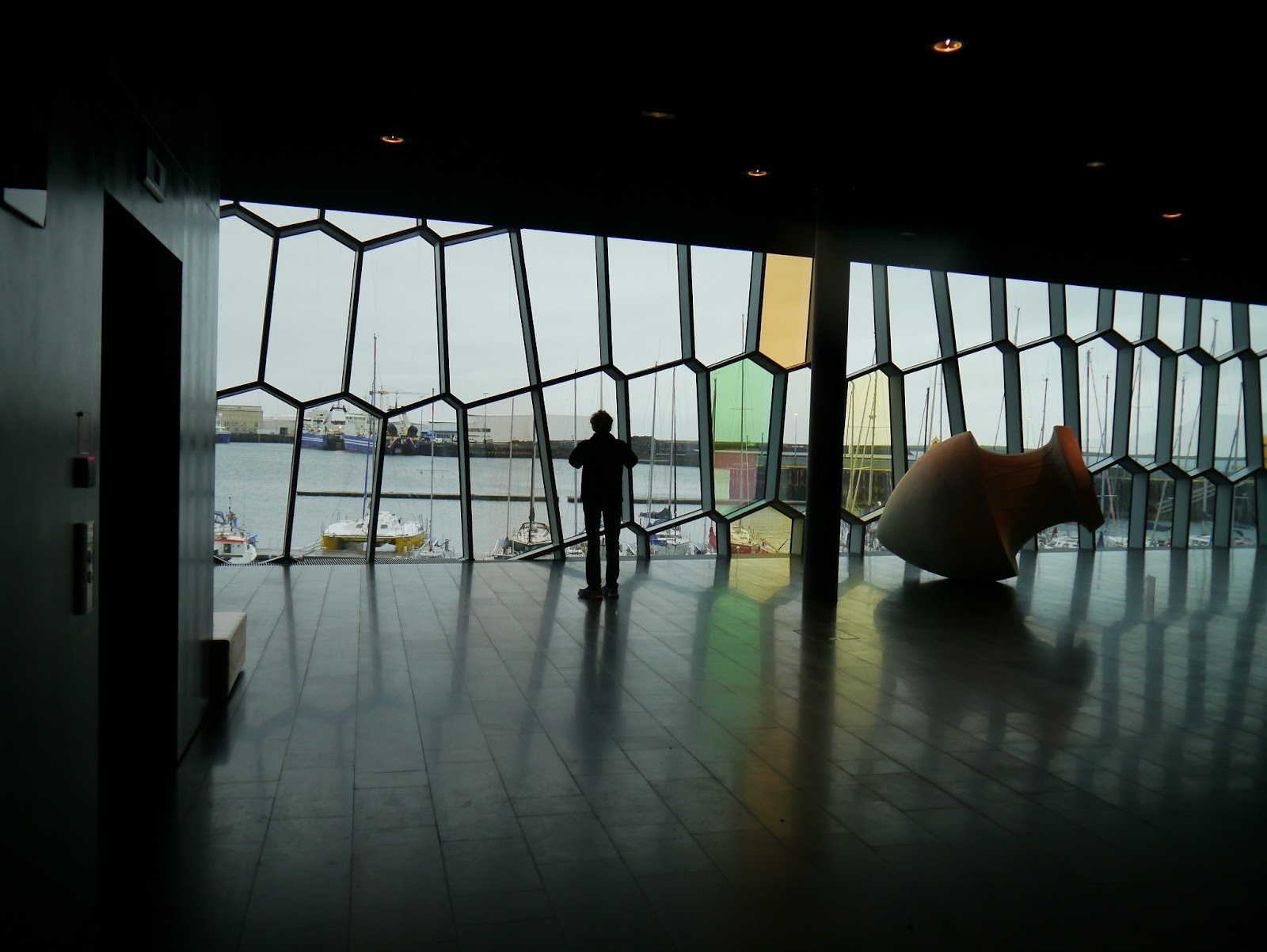 Because Reykjavik, indeed Iceland (total pop. about 320,000), is very small its wonderful new facility needs to be very versatile. That's why it's known as a concert hall and conference centre. As well as being home to Iceland's opera and symphony, the largest auditorium hosts major concerts of all kinds (Dionne Warwick was playing the night I was there). There are two intermediate-sized spaces - no permanent seating, flexible, can be made smaller or larger; and a very delightful small chamber music space, the only one with permanent raked seating. Private parties and corporate gigs can hire the spaces, both the auditoria and the foyers which look out across the harbour; and Harpa hosts everything from car shows to weddings to art displays to corporate conferences. 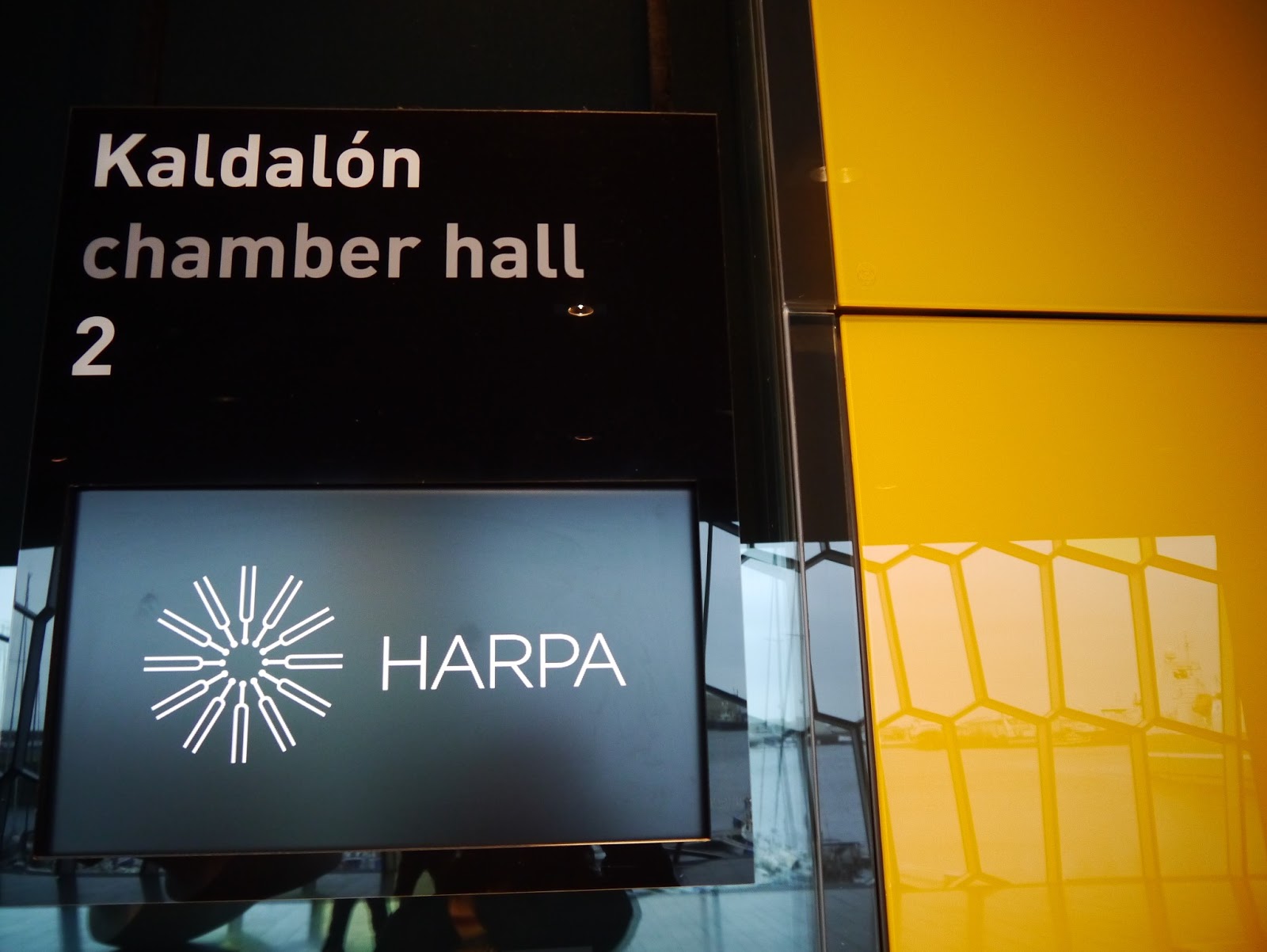 The architects were the Danish firm Henning Larson. In 2013 the building won the European Union Prize for Contemporary Architects (known as the Mies Van der Rohe Prize). But in addition to the traditional architect role, an artist, Olafur Eliasson, was also involved, particularly contributing to the facade and a very reflective mirrored ceiling. This is from the Henning Larson website:


Situated on the border between land and sea, the Concert Hall stands out as a large, radiant sculpture reflecting both sky and harbour space as well as the vibrant life of the city. The spectacular facades have been designed in close collaboration between Henning Larsen Architects, the Danish-Icelandic artist Olafur Eliasson and the engineering companies Rambøll and ArtEngineering GmbH from Germany. 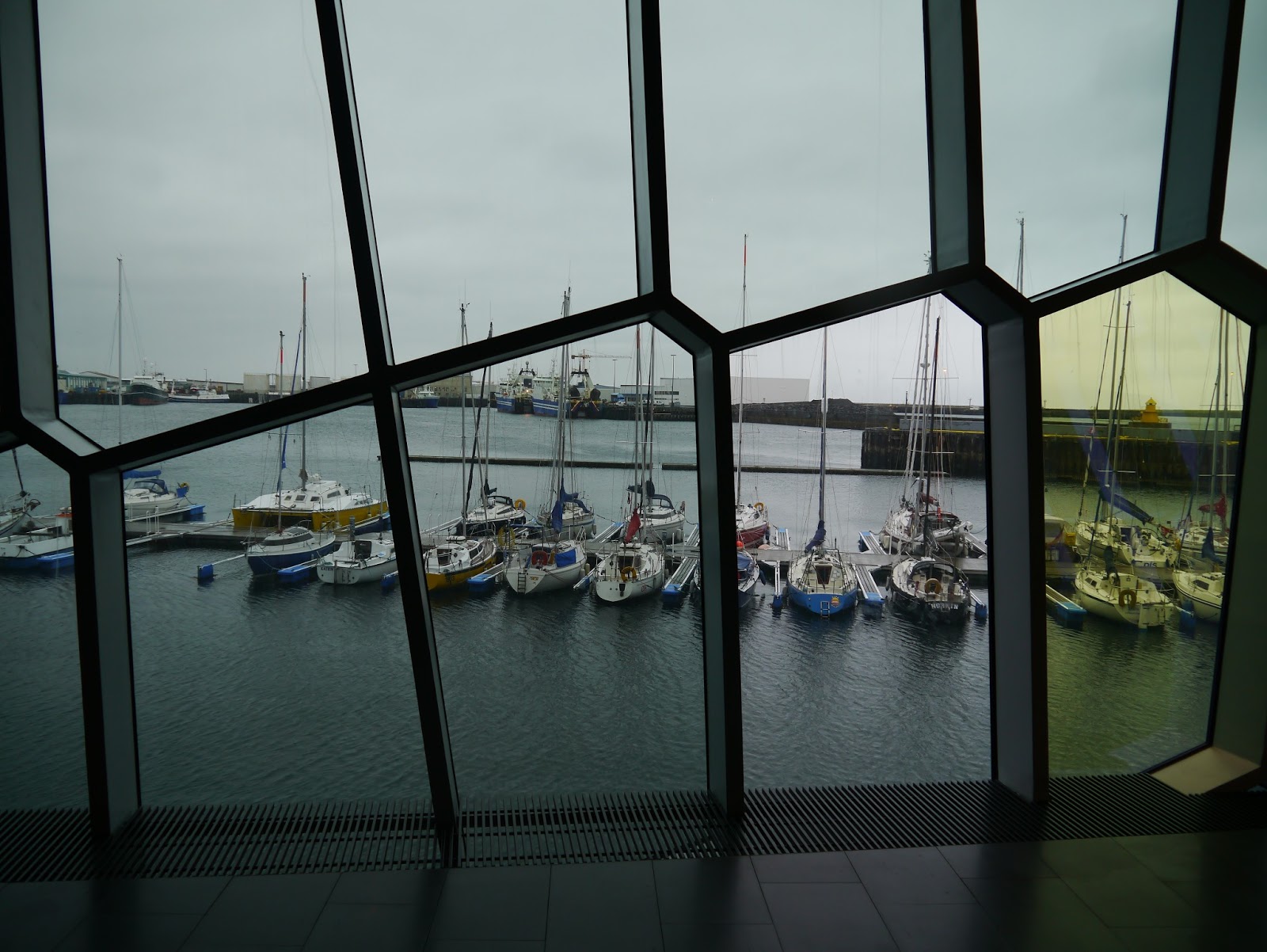 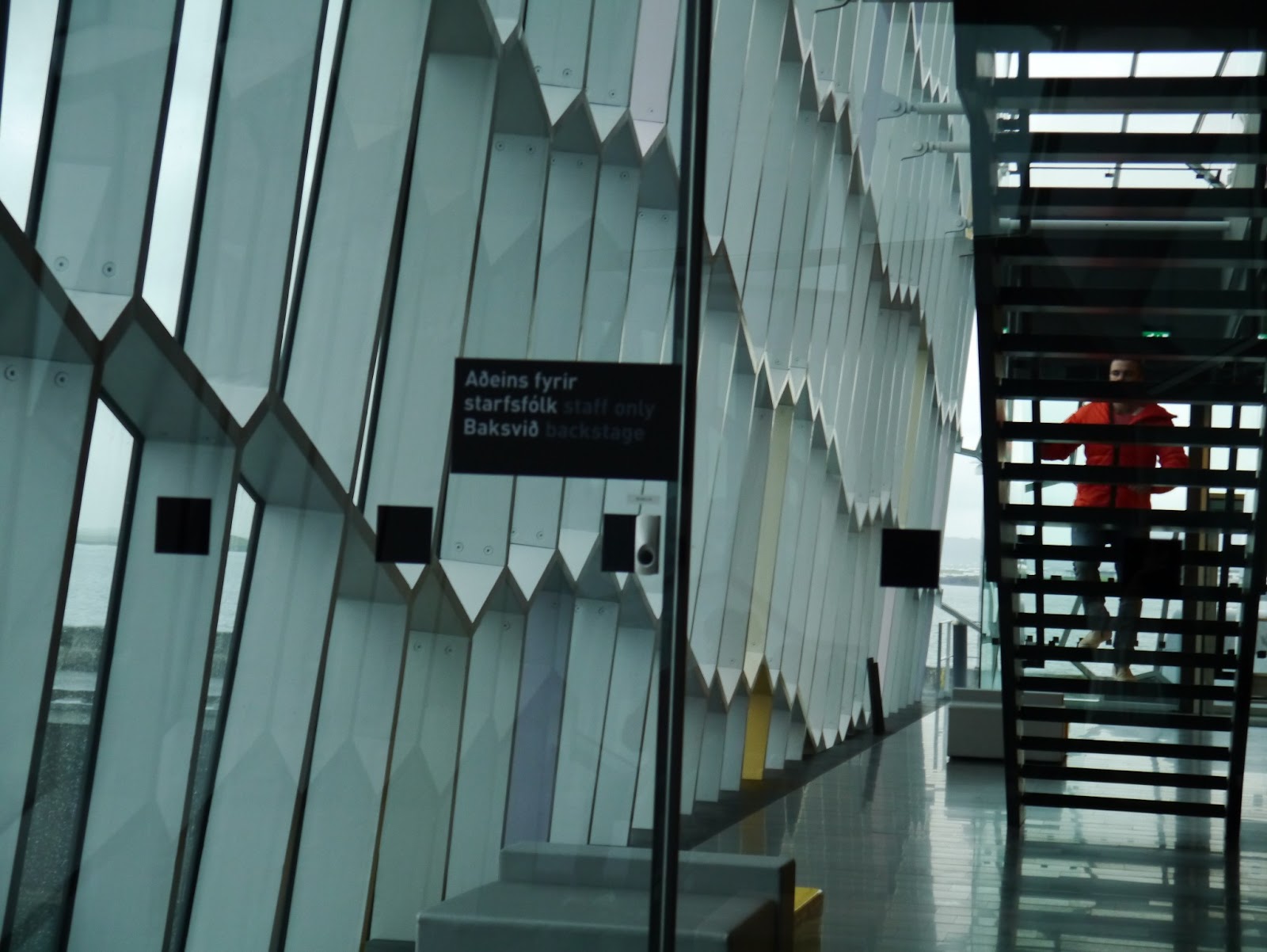 This Guardian reviewer (Rowan Moore) seems to begin by not wanting to like Harpa, and has a few skeptical words about the 'architect-artist' collaboration. But eventually he's won over by the building:


It is indeed crystalline and, according to the official explanations, inspired by Iceland's volcanic geology. It glitters. It is a bit disco. It has something of Brezhnev-era Soviet architecture, but with bling. It is clearly a work of Iceland's recent past, of the years of magic money rather than of a new austerity. In a town where the standard building type is a two-storey house clad in corrugated steel, it stands out. 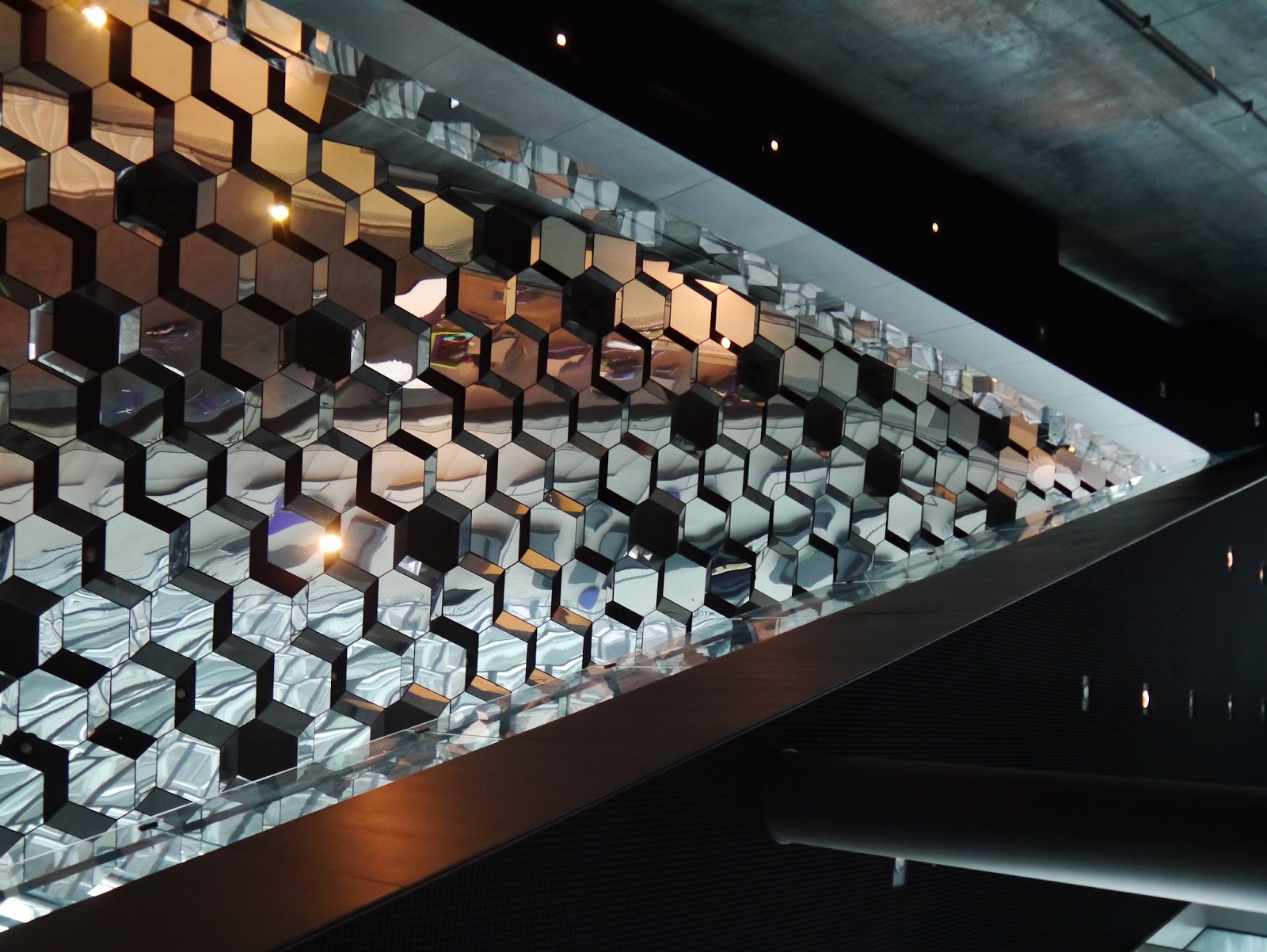 Yet something about it arrests scepticism and prevents its dismissal as a banker's bauble. This is partly to do with light, which in Iceland runs from endless translucent days in summer to the brief crawl of the sun above the horizon in winter, with many shades of black, blue and grey in between. Eliasson's crystals filter, reflect and fragment light. They catch it, play with it, animate it and make it mobile. Sunshine lights up the foyers with a refulgence that is almost nuclear. In dim light the building gleams. The hexagonal tubes have glass at the back as well as the front, which gives depth. It means that light inhabits the facade rather than just bouncing off it.
It also changes in response to the movements of the viewer. 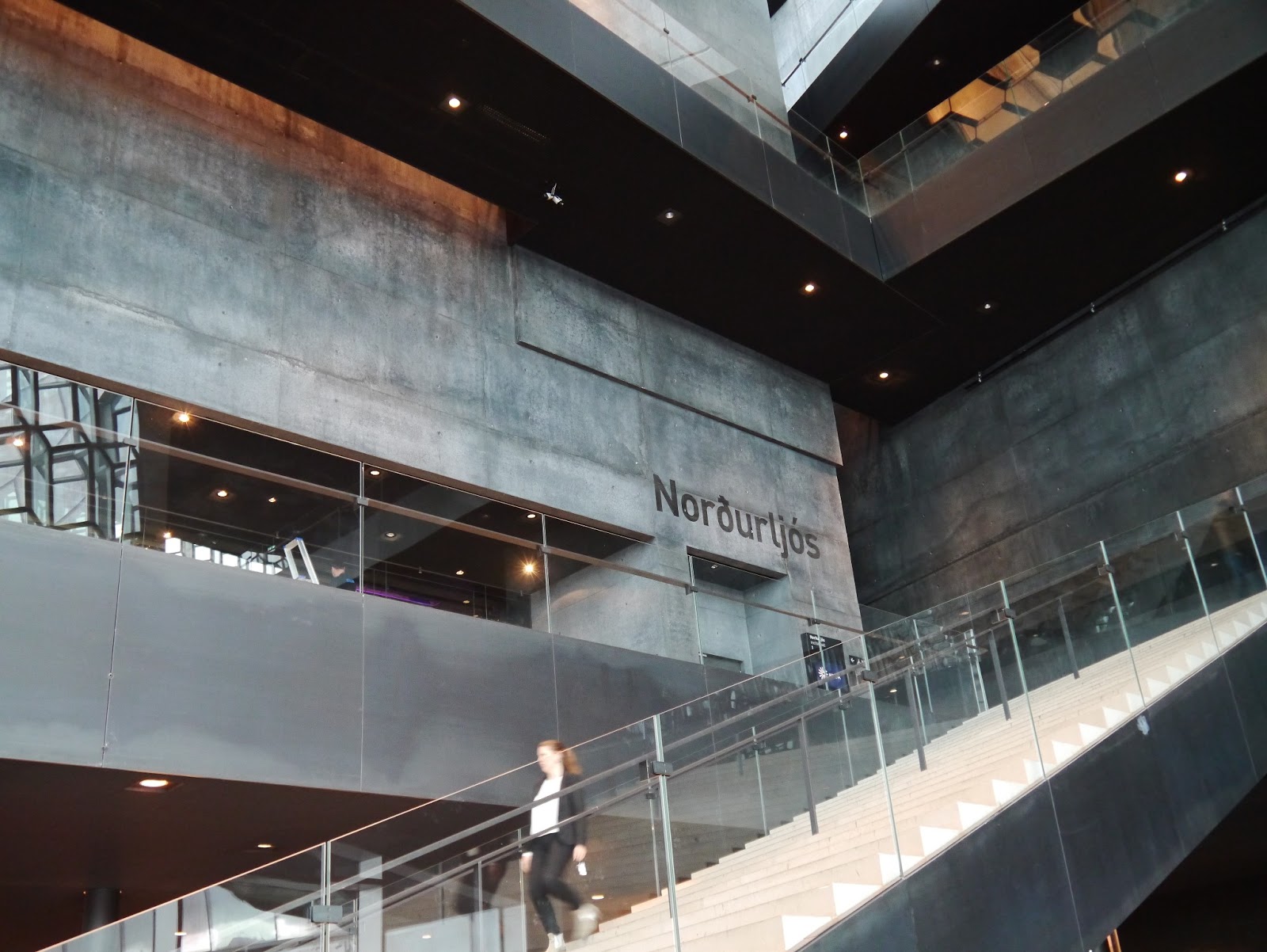 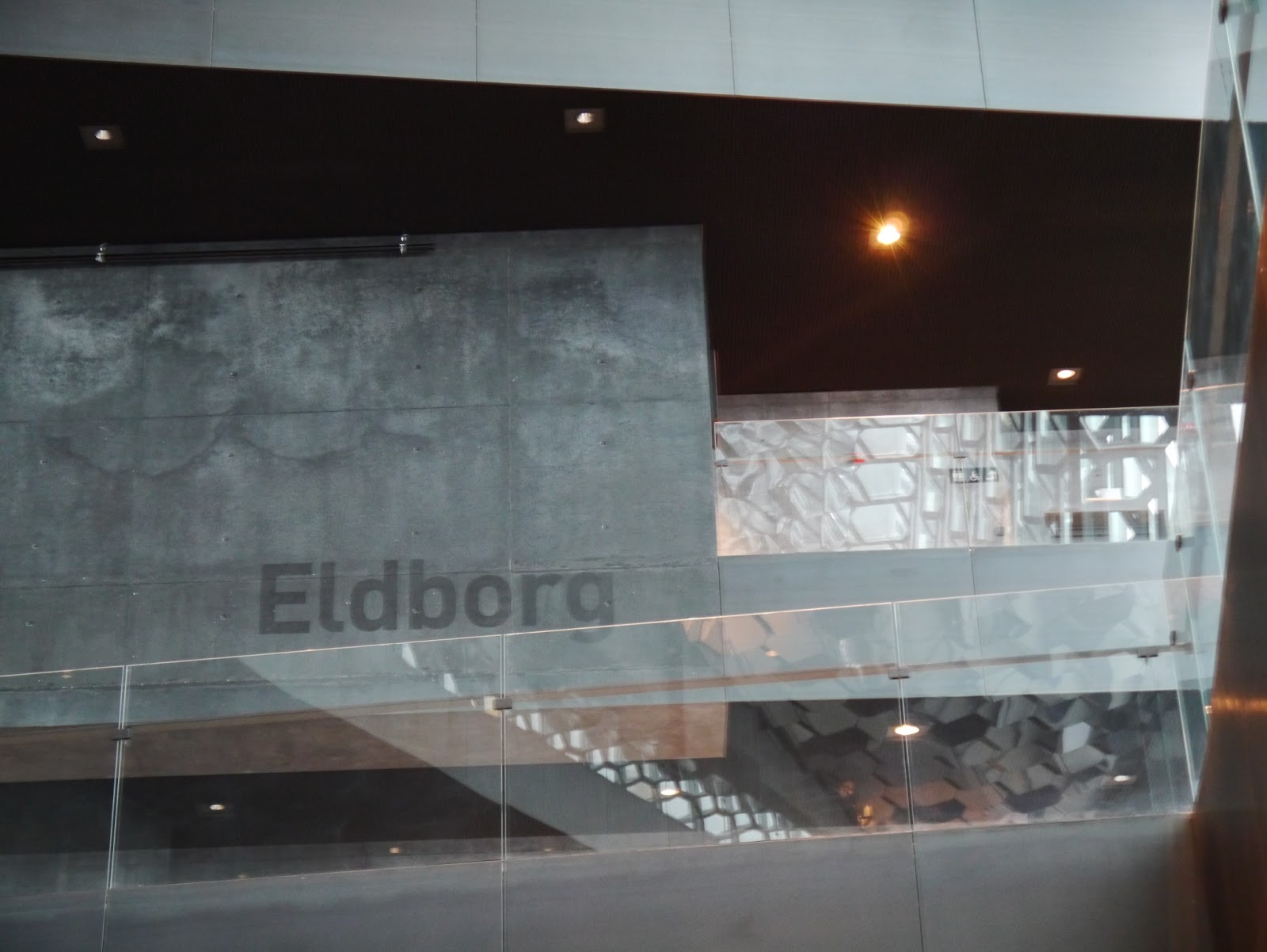 'Eldborg' is the name of the main concert hall, sadly unavailable for the guided tour group the day I visited (Dionne Warwick's sound check!) Our guide told us that it is a firey red, like the heart of a volcano inside the grey granite of the exterior walls...so I had to find a photo:

Seen from the foyer, the halls form a mountain-like massif that similar to basalt rock on the coast forms a stark contrast to the expressive and open facade. At the core of the rock, the largest hall of the building, the main concert hall, reveals its interior as a red-hot centre of force. (Henning Larson website) 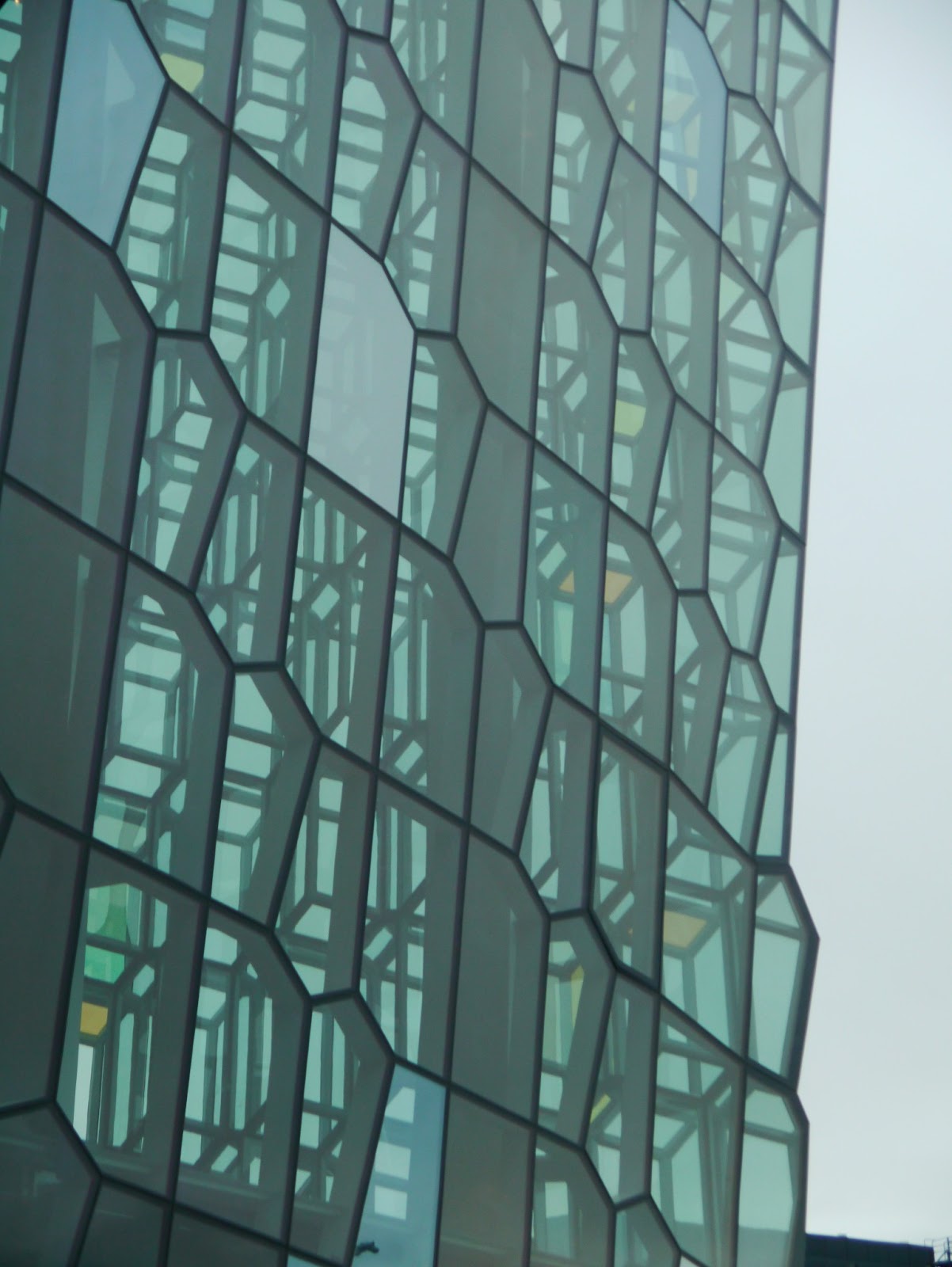 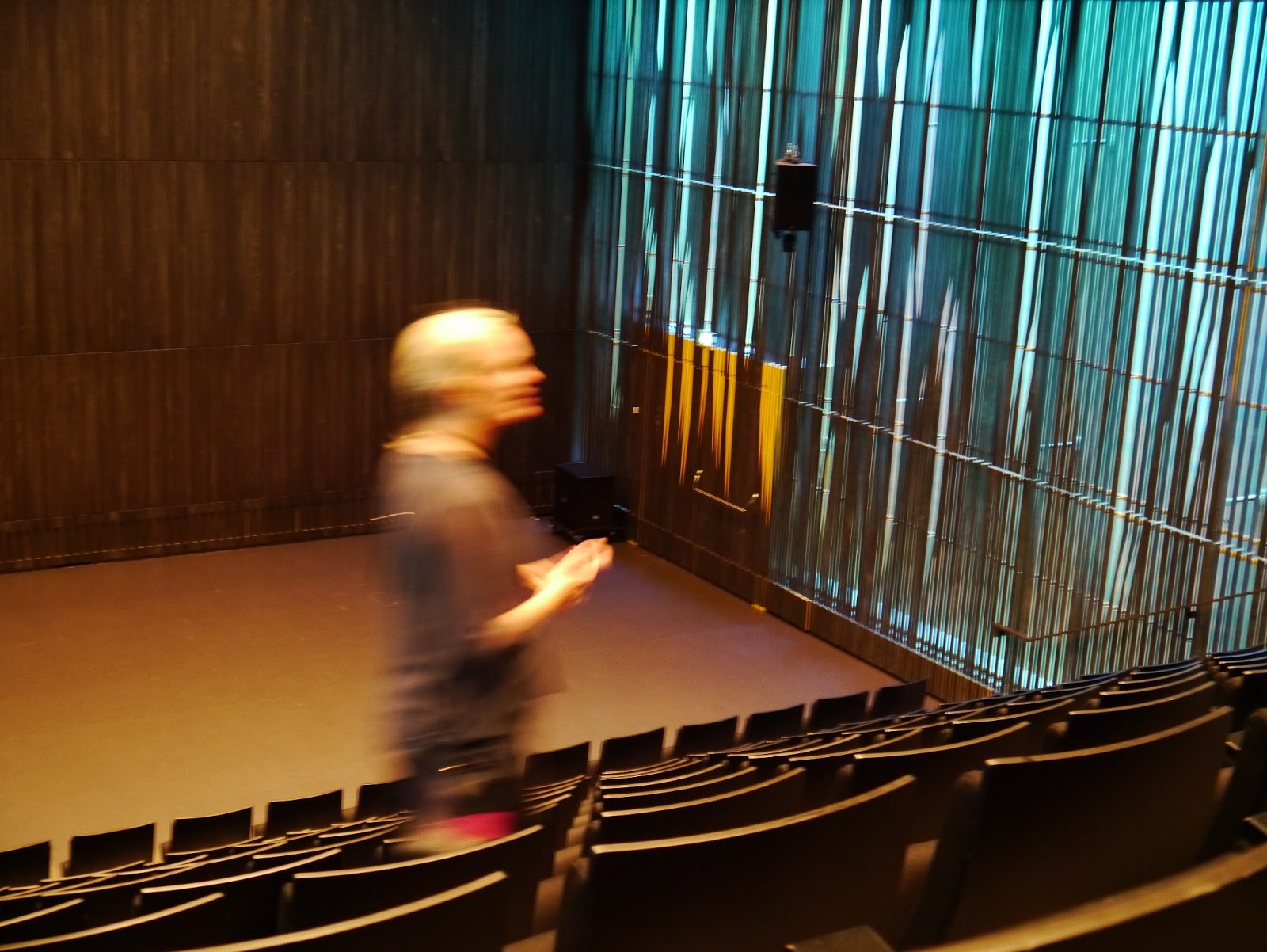 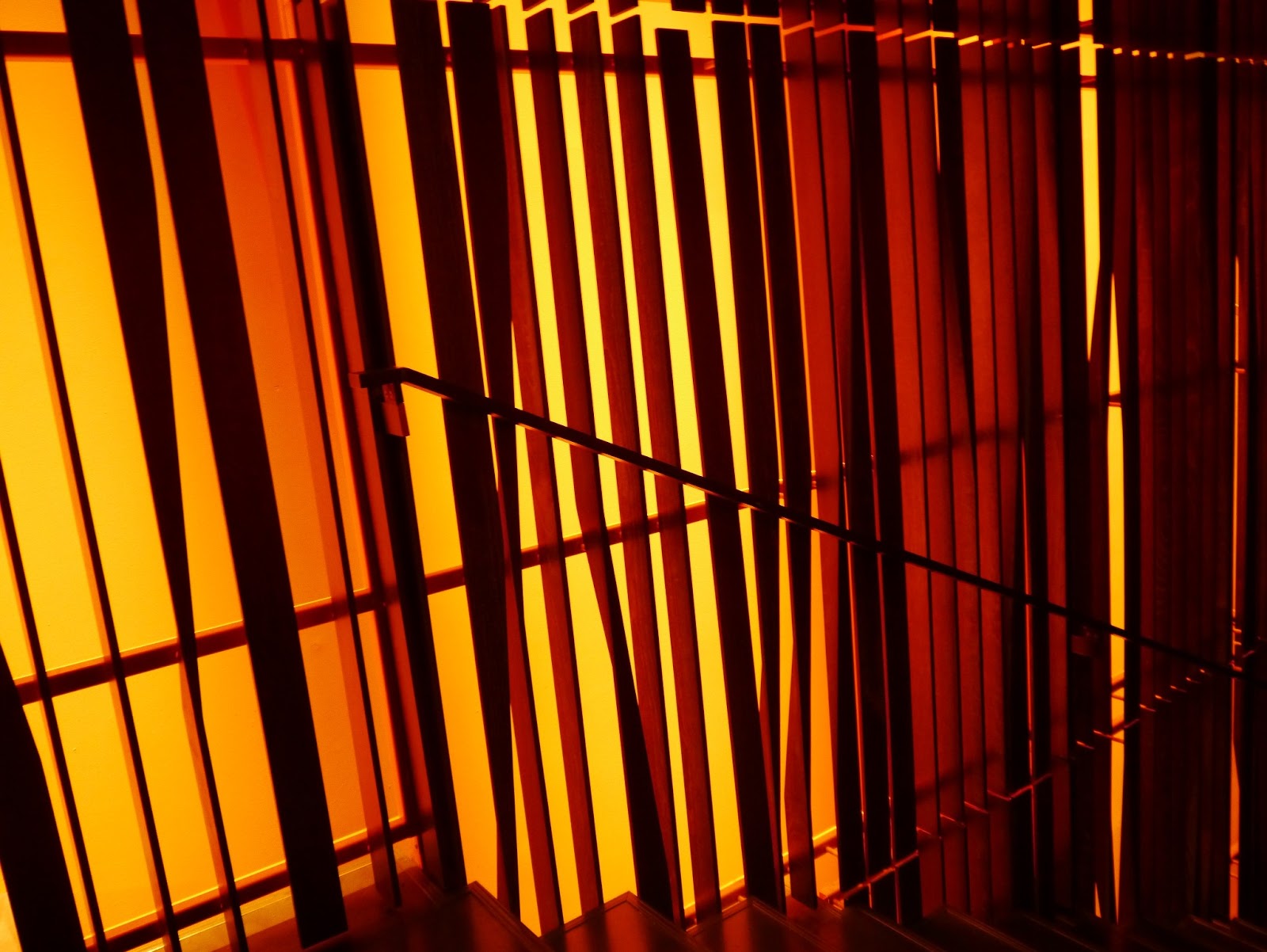 The chamber music hall boasts state-of-the-art acoustic wall, designed for non-electronic/non-amplified sound. Slats in varied shapes deflect the sound, and felt-like drapes can be lowered behind them. As a bonus, there's a built-in light show. Similar acoustic wonders are built in to all the auditoria.


the halls are the domain of acoustic consultants Artec, who have guided some of the most successful modern auditoria in the world, and at Harpa have produced a clarity of acoustic that has reportedly moved some performers to tears of joy. (Guardian) 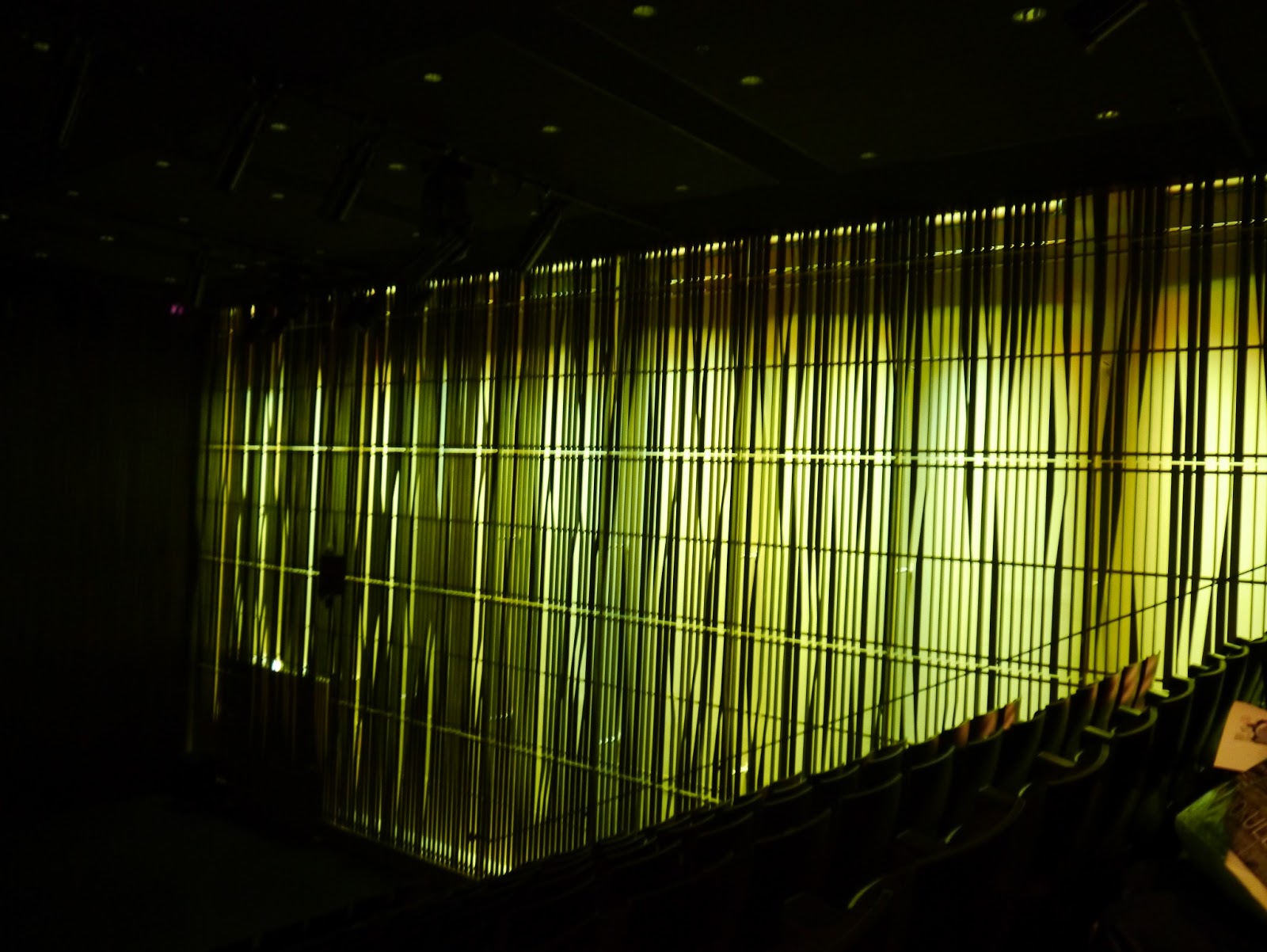 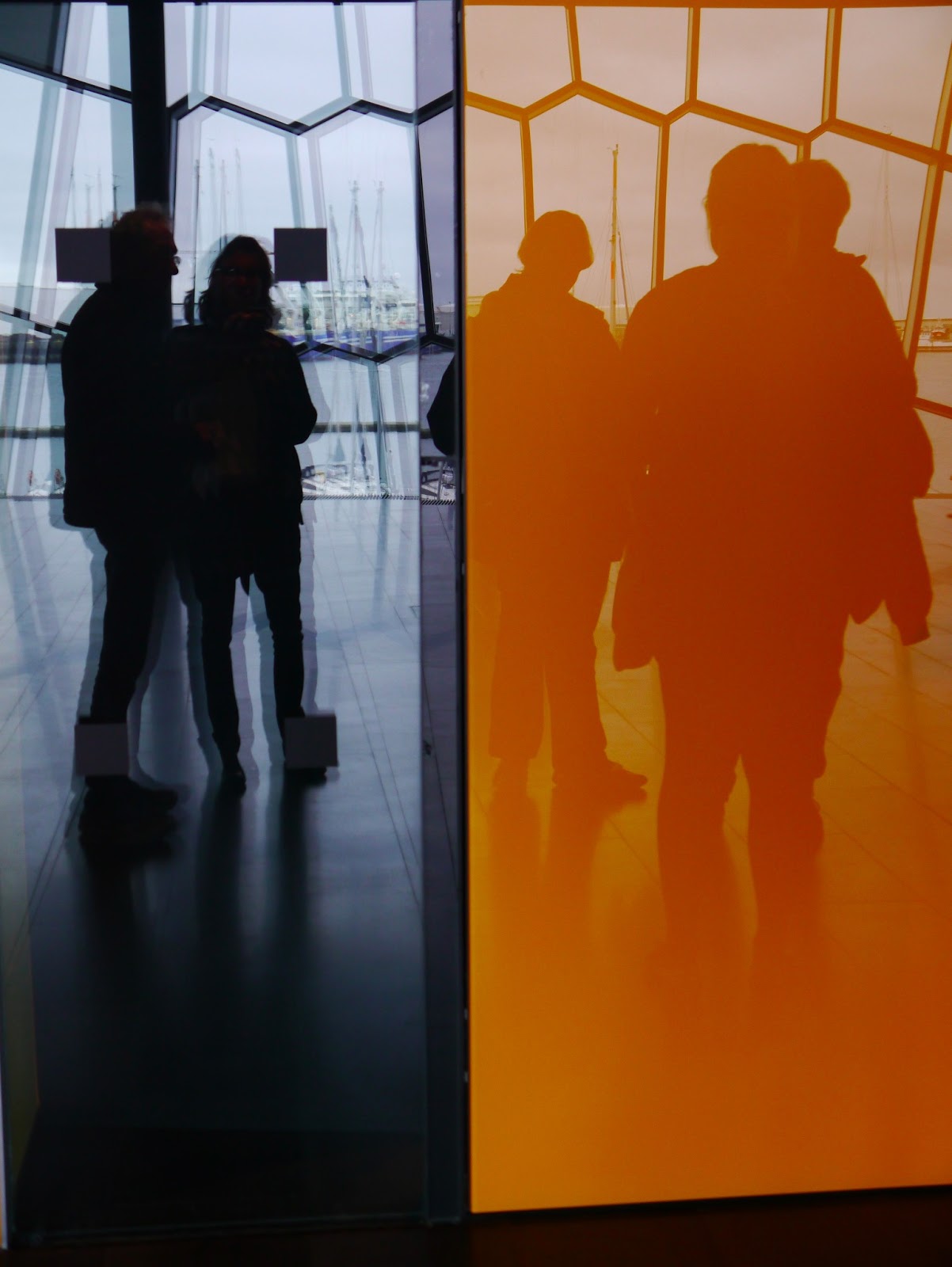 The collaboration of artist and architects is a curious one, and the Guardian quotes Eliasson:

That he, an artist, has to be brought in to provide these things suggests a failure by the architects, and he agrees that "the brutality of clients has created more compromises, which some architects have failed to navigate. With art you never have a client who says things like: 'Can you change that colour into green?', because then they don't have a work of art any more." So artists can insist on what is important. He says, however, that "there is not a macho competition" between artists and architects, "but, without becoming the same, a merging and blurring". 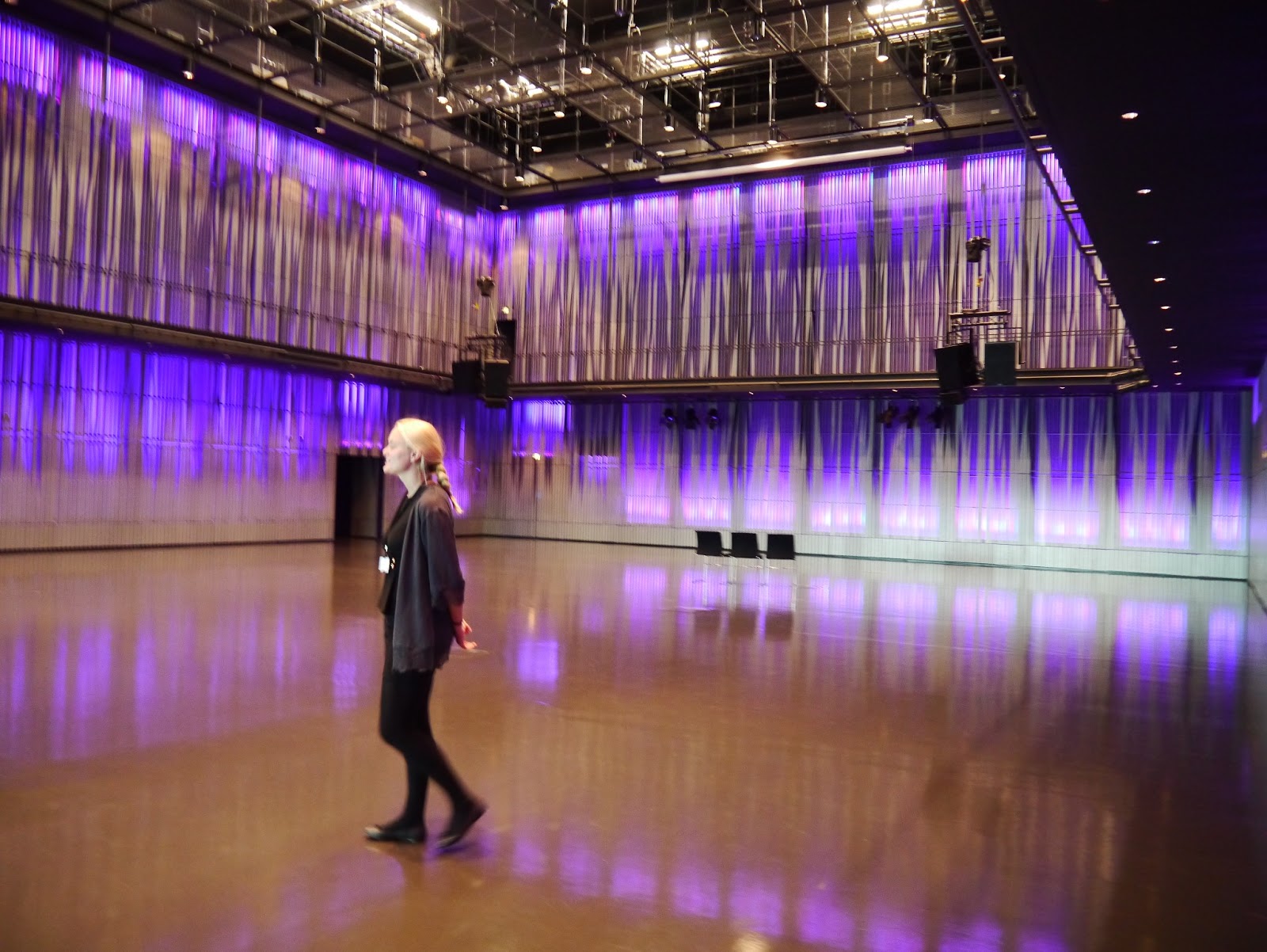 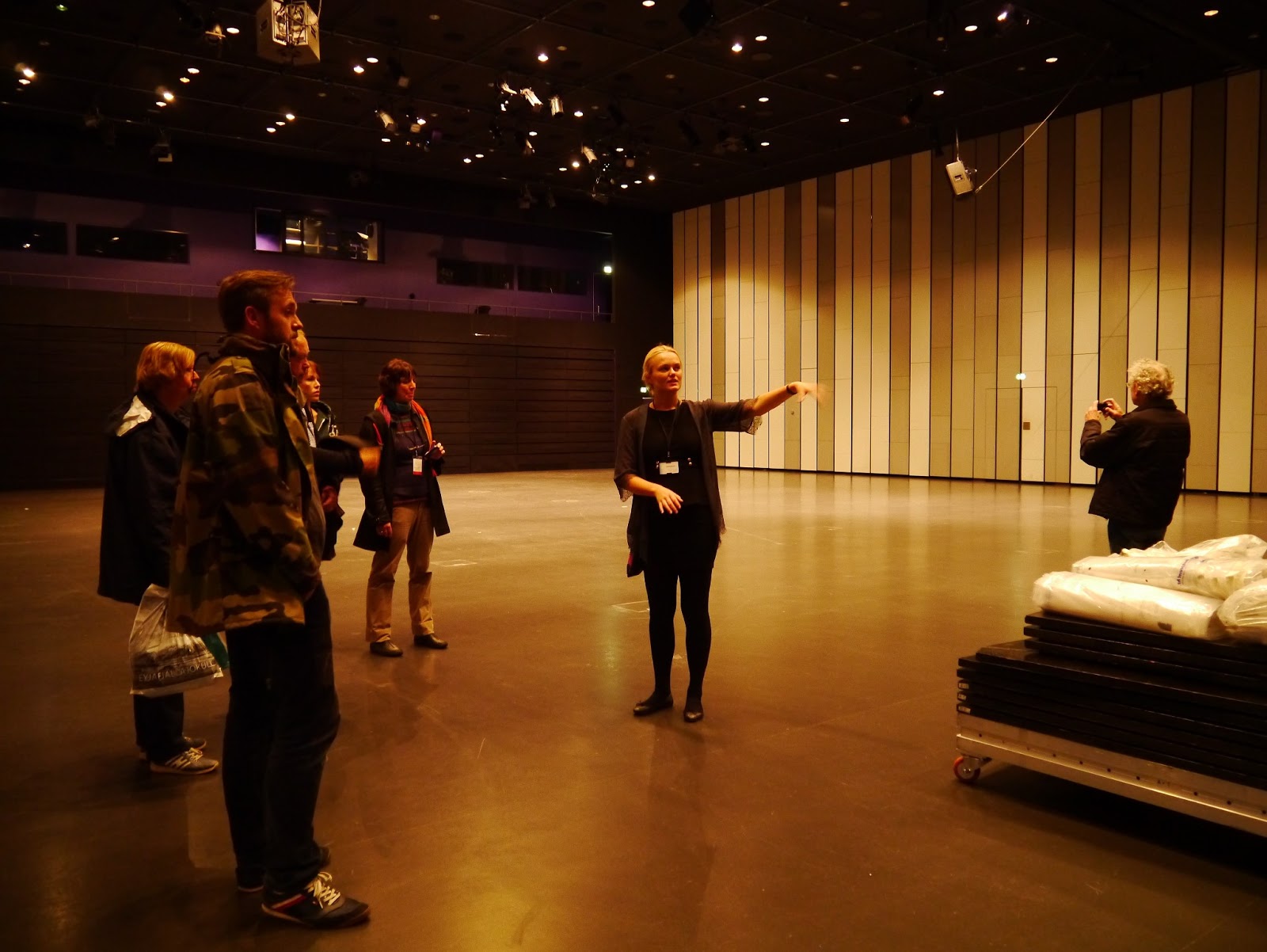 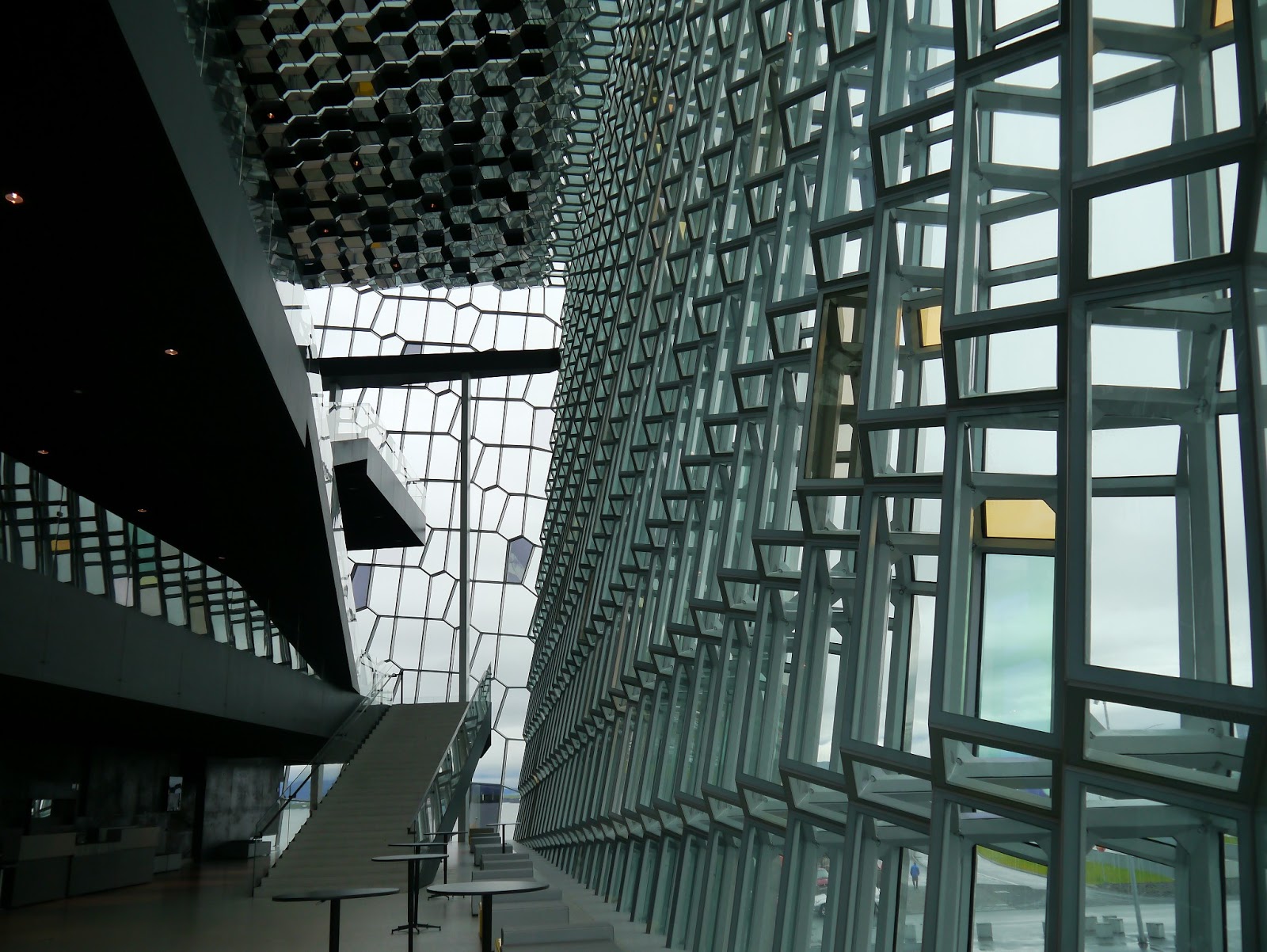 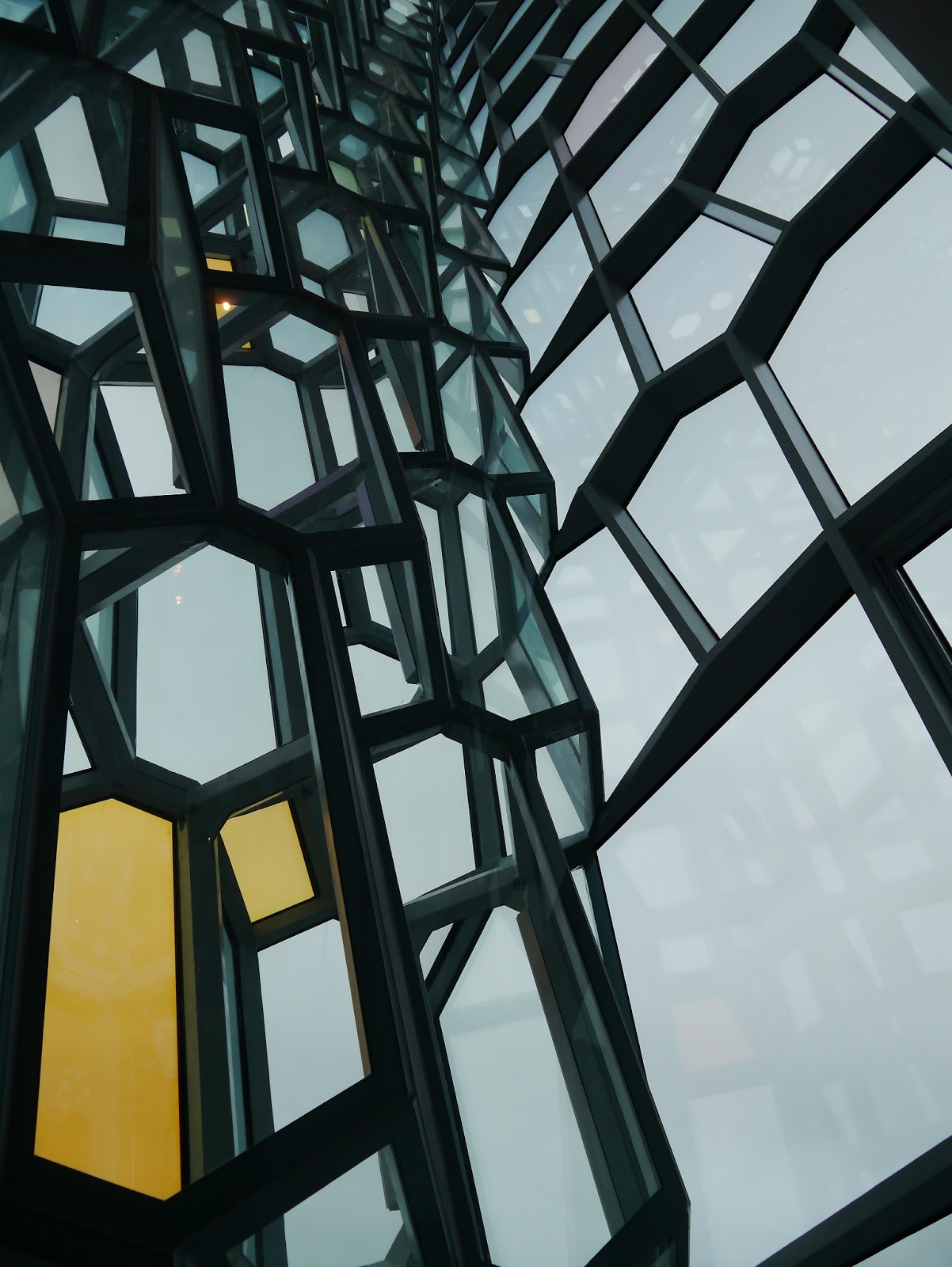 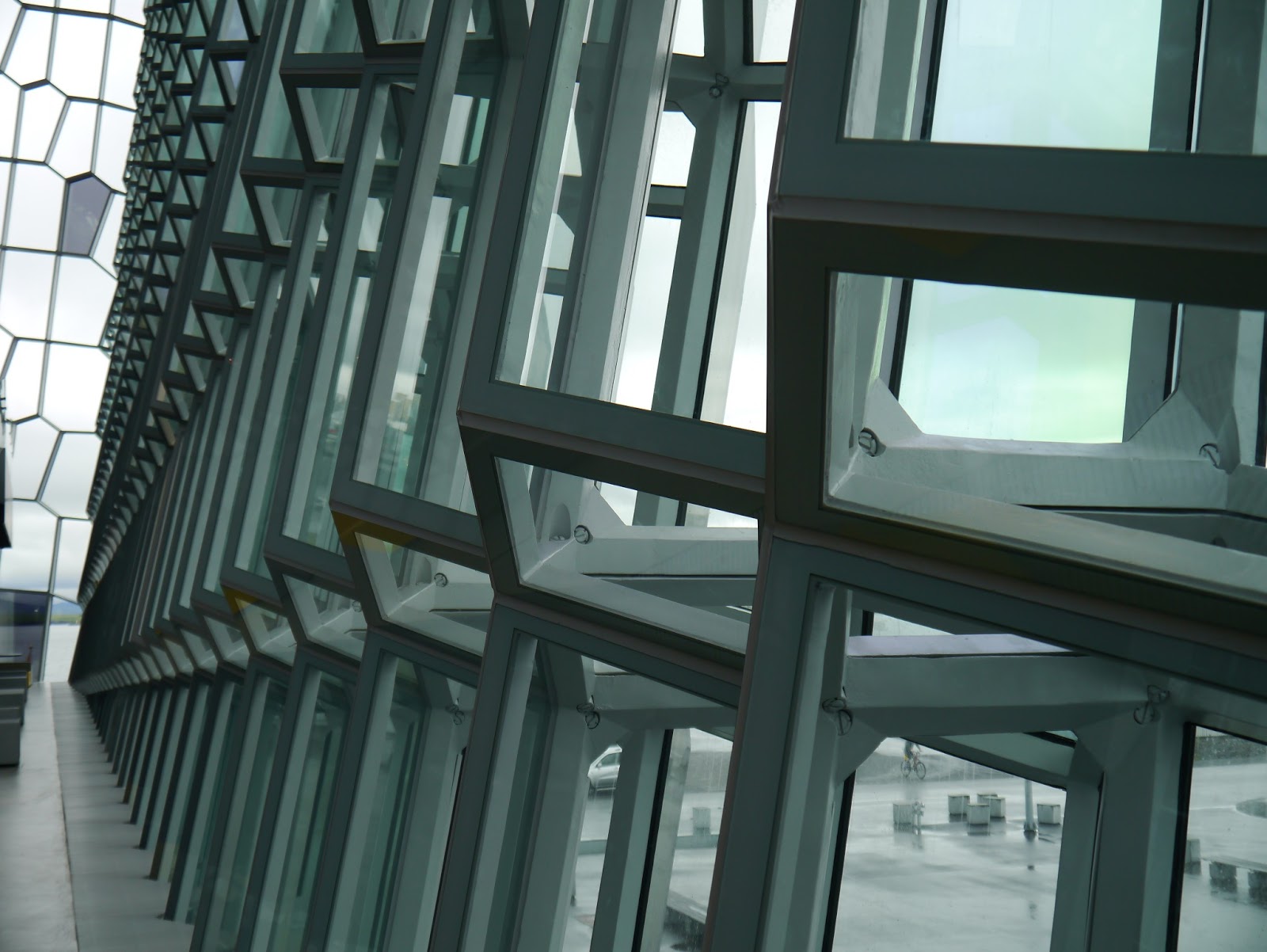 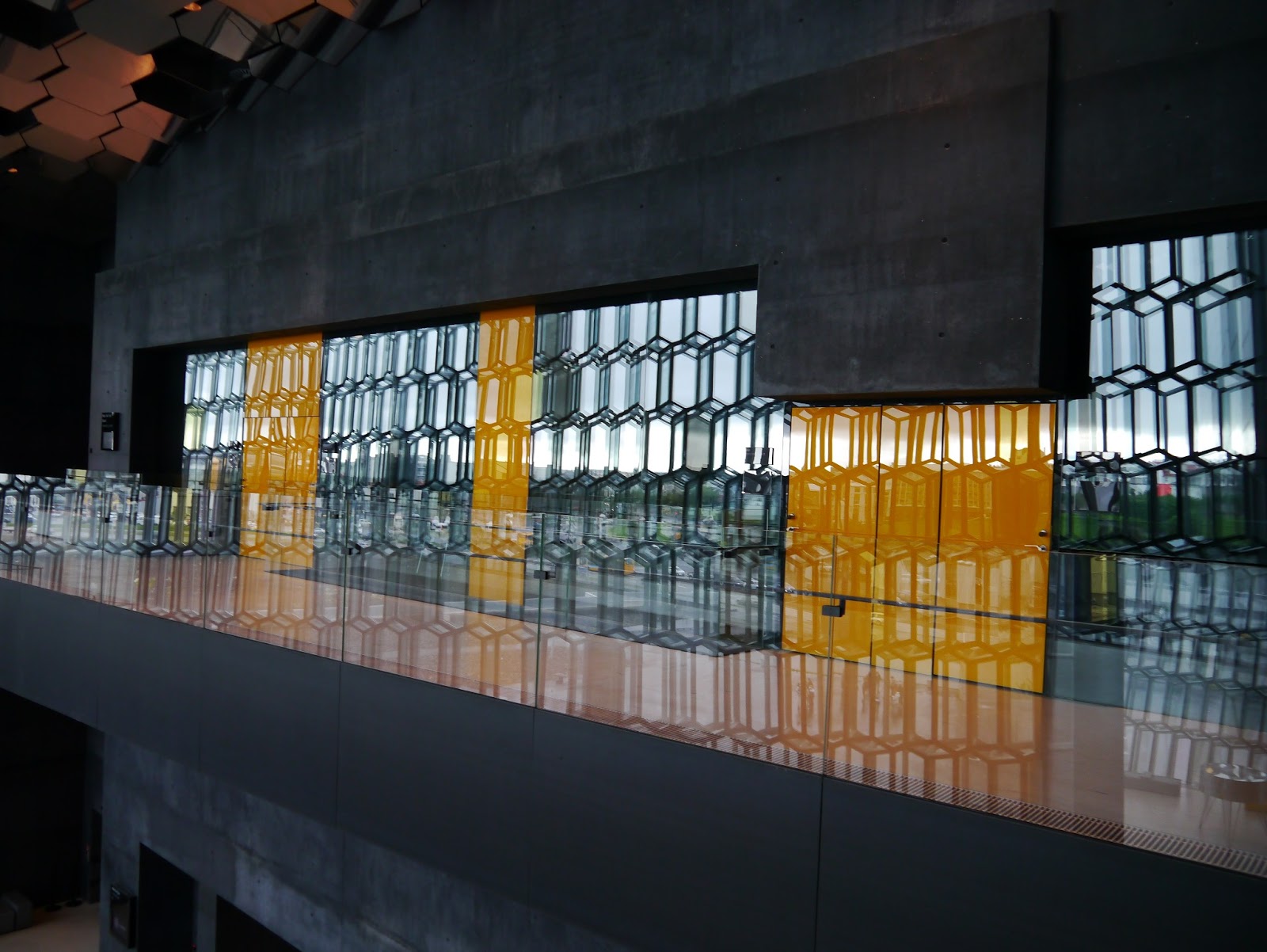 Posted by Annette Freeman at 3:27 PM