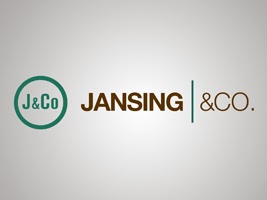 In the 30-storey high Rockefeller Tower in New York City the best-known tenant is the television broadcaster NBC. Your blogger is not a great TV-watcher, but was thrilled to bits to be invited to sit in the "control room" during the broadcast of a live-to-air news show, Jansing & Co, by none other than the show's delightful and dedicated host, Chris Jansing.

After passing through the tight security that is de rigeur in all New York high rises these days, especially the iconic ones, a one-floor-only lift whisked up to one of the NBC locations in the Tower.
Chris was wearing a chic purple dress today, and had been in the office since about 5.30 am preparing for the 10 to 11 am broadcast. As she headed to her set, we were escorted by her friendly producer to a corner of a crowded control room, a space stuffed with monitors of all shapes, sizes and functions. Some were tuned to rival networks, but most were trained on the studio set where Chris sat, smoothing her hair and looking cool, calm and collected.

The show focusses on current news stories - it opens msnbc's news coverage for the day (the hugely popular NBC Morning Show is broadcast from another NBC space in the Rockefeller Center, across the road). On this particular day the subjects under discussion included bad weather on its way across country in time to disrupt Thanksgiving travel, the recently negotiated deal between the US and Iran, a variety of differing views on US domestic politics, and an interview with studio guests - an actress (Naomie Harris) and director (Justin Chadwick) from the about-to-be released movie about Nelson Mandela's life, "Long Walk to Freedom."

This last segment was the only one to disrupt the spooky calm that everyone seemed to be able to preserve despite being live-to-air. The movie contingent, travelling with an extensive entourage, managed to be rather late in getting to the building, and to the studio. In the control room, the producer began to speak a little more loudly and a little more urgently - "can you SEE them?" -- "OK, you can see Justin. Can you see Naomie?" -- "OK, OK - they're IN the building!"

After delaying the segment until the end of the show, and with seconds to spare as the intro rolled after the ad break, the guests slid into chairs on Chris's set. With aplomb and charm, she rolled into the interview...and then we were done.

I asked the producer how everyone managed to stay so calm. "Oh, we do this every day," she said. "If we mess up this one, there's always tomorrow's show!" A glimpse into the world of live TV, NBC style. Thanks, Chris!

Photo and logo sourced from msnbc.

Posted by Annette Freeman at 8:18 AM