The Museo del Novecento in Milan provides a stunning counterpoint for the more venerable works of art in the city - the religious art in the Brera, Leonardo da Vinci's "Last Supper" - it's rather brash to expect twentieth century art to compete for attention. But the Movecento has been doing this since December 2011. Housed in a Mussolini-era building, Palazzo dell’Arengario, on Piazza Duomo, opposite the famous Galleria (which it's architecture mimics) and with the recently-cleaned facade of the glorious Duomo right next door, you'd wonder how this museum of twentieth-century Italian art could compete. It does, by being completely true to its mission. In here, all is modern and all (just about) is Italian. Here's their mission statement:


Museo del Novecento (Museum of the Twentieth Century), located in the Palazzo dell'Arengario, is a public venue dedicated to Milan's collection of Twentieth-Century Art....
To encourage the development of multiple perspectives and critical capabilities through the dissemination of knowledge about twentieth-century art. To conserve, study and promote public heritage and the artistic culture of the twentieth century through research and educational activities. To encourage, through work on various levels, an intercultural approach and involve a public that ranges from specialists to children and passing visitors. (source)

This passing visitor was duly impressed. After a small vestibule with a few non-Italian treasures (Picasso, Modigliani) to introduce the twentieth century, we're then led through several layers of gallery by the rather good audio guide, with explanations about the artists (often from Milan) and their significance. Various phases and fads in modern art are exemplified (and explained) as you make your way up the building - and into the building behind, the Palazzo Reale, where the gallery continues. Futurism, the Novecento, Spatialism, Arte Povera...learn all about it. Meet some artists you know and some you may not have heard of before -- Boccioni, Carrà, Soffici, de Chirico, Sironi, Martini, Morandi, Fontana, Manzoni, Kounellis -- who played their part in these Italian movements.

Speaking of the building, it has been rather spectacularly altered to house this museum: although the exterior remains untouched, inside a large spiral ramp has been installed, in blue and white, visible from the Piazza through the windows of the building, and itself giving wide views of the Duomo and Galleria below. On the top floor, the windows are floor-to-ceiling, and the space is used to display neon-light installations by Lucio Fontana. Here's the website description of the building:

The transformation of the Palazzo dell’Arengario into the Museo del Novecento, directed by Italo Rota and Fabio Fornasari, had the fundamental objective of creating a simple and linear museum system within a historical building. Another aim was to optimise the use of available space and evoke a powerful and appealing image of the building and the new museum, thereby transforming it into one of Milan’s leading cultural centres. Within the vertical space of the tower, there is a system for ascending the structure by means of a spiral ramp leading from the underground level to the panoramic terrace facing Piazza Duomo. The monumental staircase, the terrace and the splendid covered balcony is now part of an itinerary that offers both Milanese and tourists a unique view of Piazza Duomo. The Arengario is connected directly to the second floor of the Palazzo Reale by means of a suspended walkway. This discrete and minimalistic structure is not simply a bridge between two buildings, but also a means of discovering the fascinating historical stratification of the buildings in the area between Via Rastrelli and Piazza Diaz.

...and take a stroll through some of the works on display (images from the Museo's website): 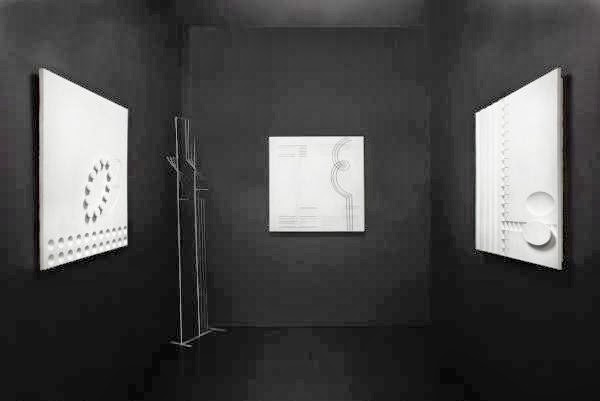 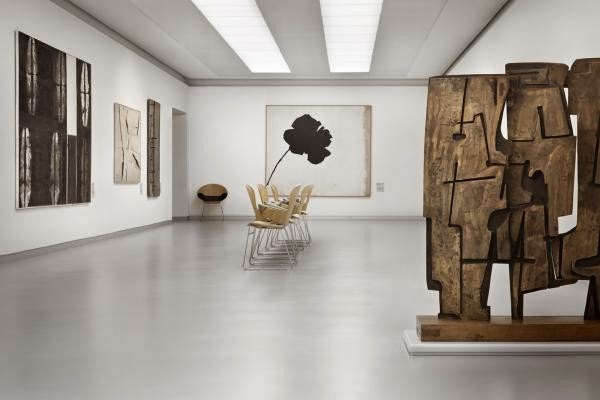 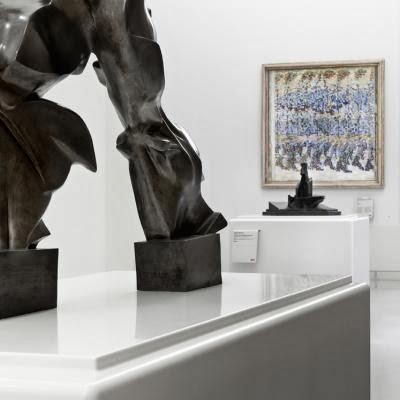 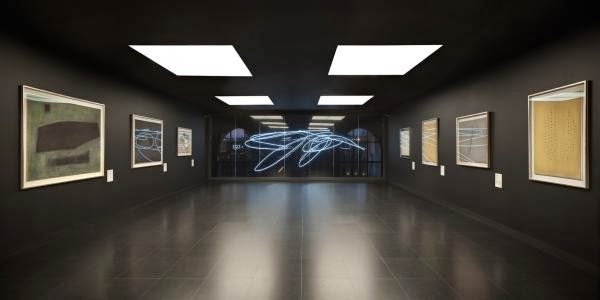 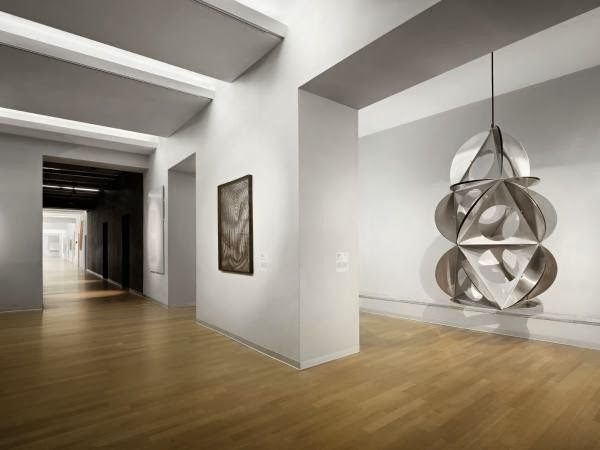 Posted by Annette Freeman at 8:38 AM