It is time for this blog to address the question of the Mighty Thames, the longest river which is wholly within England, 215 miles (346 kms) long, and dividing London into North and South. Crossing the Thames on Waterloo bridge, or walking along Southbank to the Tate Modern, the river looks unprepossessing. It is a sludgy brownish colour, or steely grey on frequent rainy days. It looks shallow to a passerby (at least, to one used to Sydney Harbour), although boats of various sizes ply up and down it quite busily. It is tidal in London, and now and then a kind of sandy shelf (“beach” would be too strong) appears here and there. 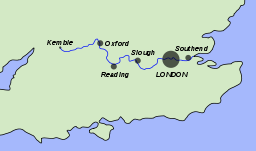 Along the banks of the Thames you will find some of London’s most famous icons: the numerous bridges, including the unmistakeable Tower Bridge, the more recent London Eye. Big Ben and the Parliament Buildings at Westminster and Somerset House on the northern shore; the National Theatre, Festival Hall, the Tate Modern, Shakespeare’s Globe Theatre, and Southwark Cathedral on the south side.

A trip down the river to Greenwich is a chance to experience the Thames afloat. Take a short trip inland and see the Thames at its more bucolic country pace: Maidenhead is a good spot for this. It is only about 45 minutes from London by train, full of attractive B&B establishments, and close to The Fat Duck in the village of Bray, and to Windsor Castle. At Maidenhead you can see a number of essential Thames-side activities: rowers practising, houseboats moored lazily, a lock in action, and of course swans.


Now, strictly speaking, the interesting neighbourhood of Little Venice is not on the Thames - it is on Regent's Canal. but this canal joins the Thames (eventually and via the Greater Union Canal), and its nautical character makes it an appropriate inclusion in this post. At Little Venice, the long canal boats are homes, moored in a cluster not far from regent’s Park. On a sunny Sunday you can also see the boats taking a leisurely cruise along the canal. Apparently we have to thank the poet Robert browning for christening the houseboat community on the canal “Little Venice”. I must say that, apart from the water, the area has little in common with Venice; but nevertheless it is a picturesque name for a picturesque place. 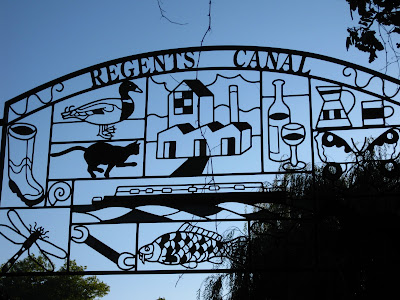 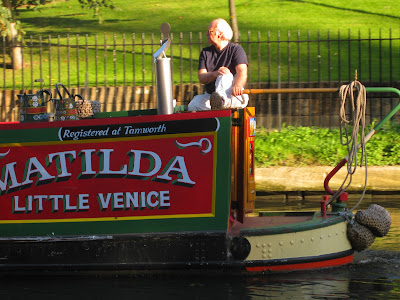 On the length of the Thames there are 214 bridges and 17 tunnels. Interestingly, Maidenhead has one of the more famous bridges. The Maidenhead Railway Bridge was built by the great Victorian engineer Isambard Kingdom Brunel, who should be remembered for his wonderful name as well as his engineering works. The Maidenhead Bridge was painted by Turner, in a lovely evocative impressionistic picture called “Rain, Steam and Speed”, depicting  smoking train racing over the bridge. Although it is thought by some that the word “speed” int he title may refer to a tiny hare dashing along the tracks in front of the train, which can just be made out in the painting. The Maidenhead Bridge was built in 1838, and still carries trains, although today they weigh about ten times more than Brunel ever imagined.


So that’s a little about the Thames. And besides all this, it provides most of London’s drinking water. True. There’s food - or rather a beverage - for thought. 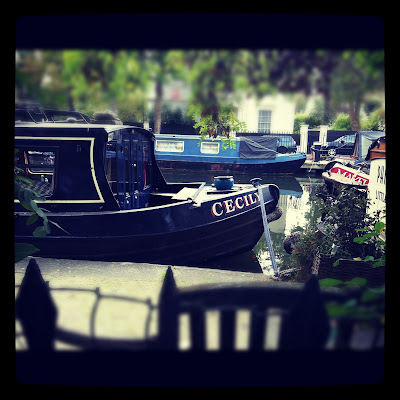