A weekend on Capri...Villa San Michele 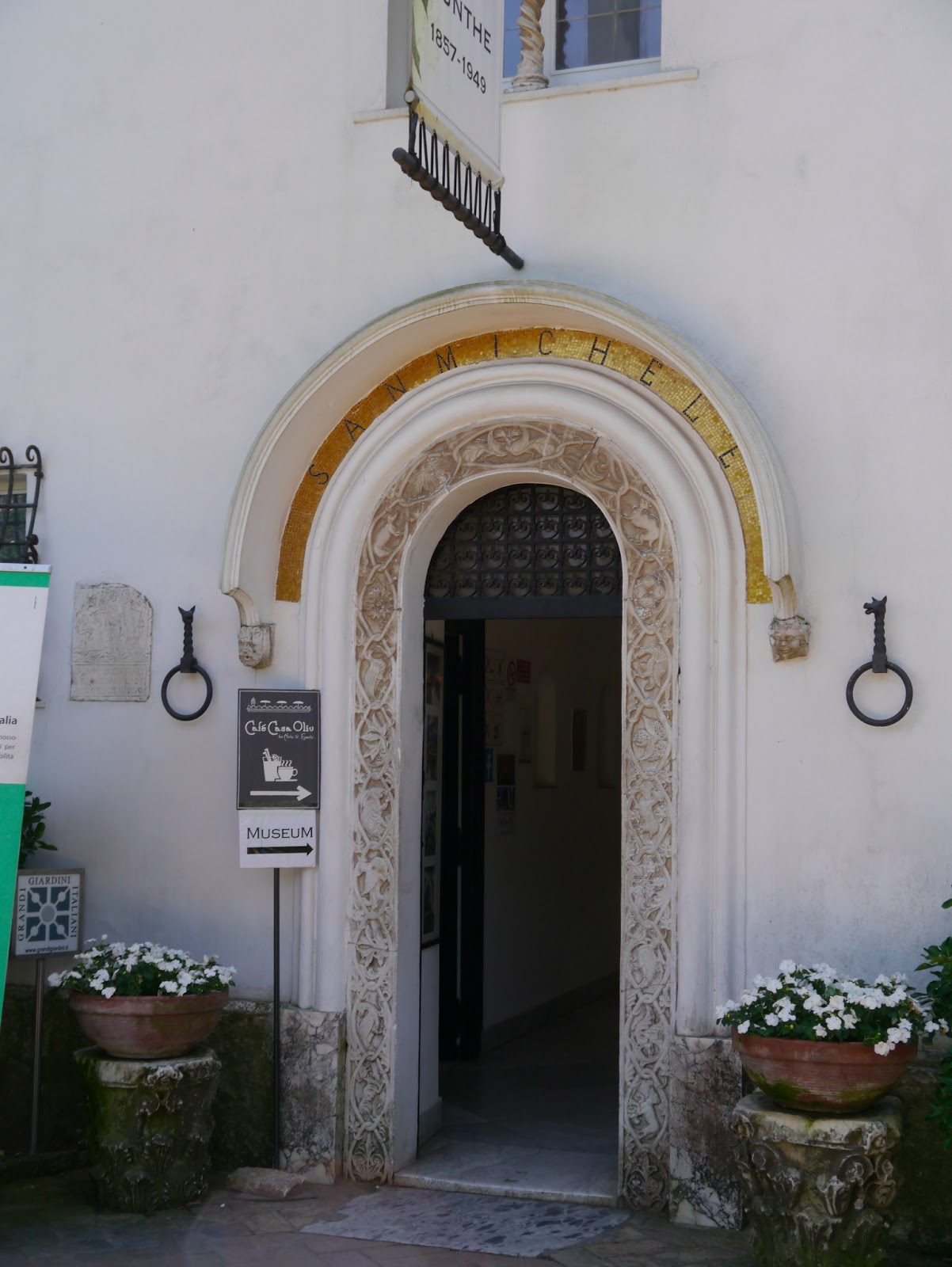 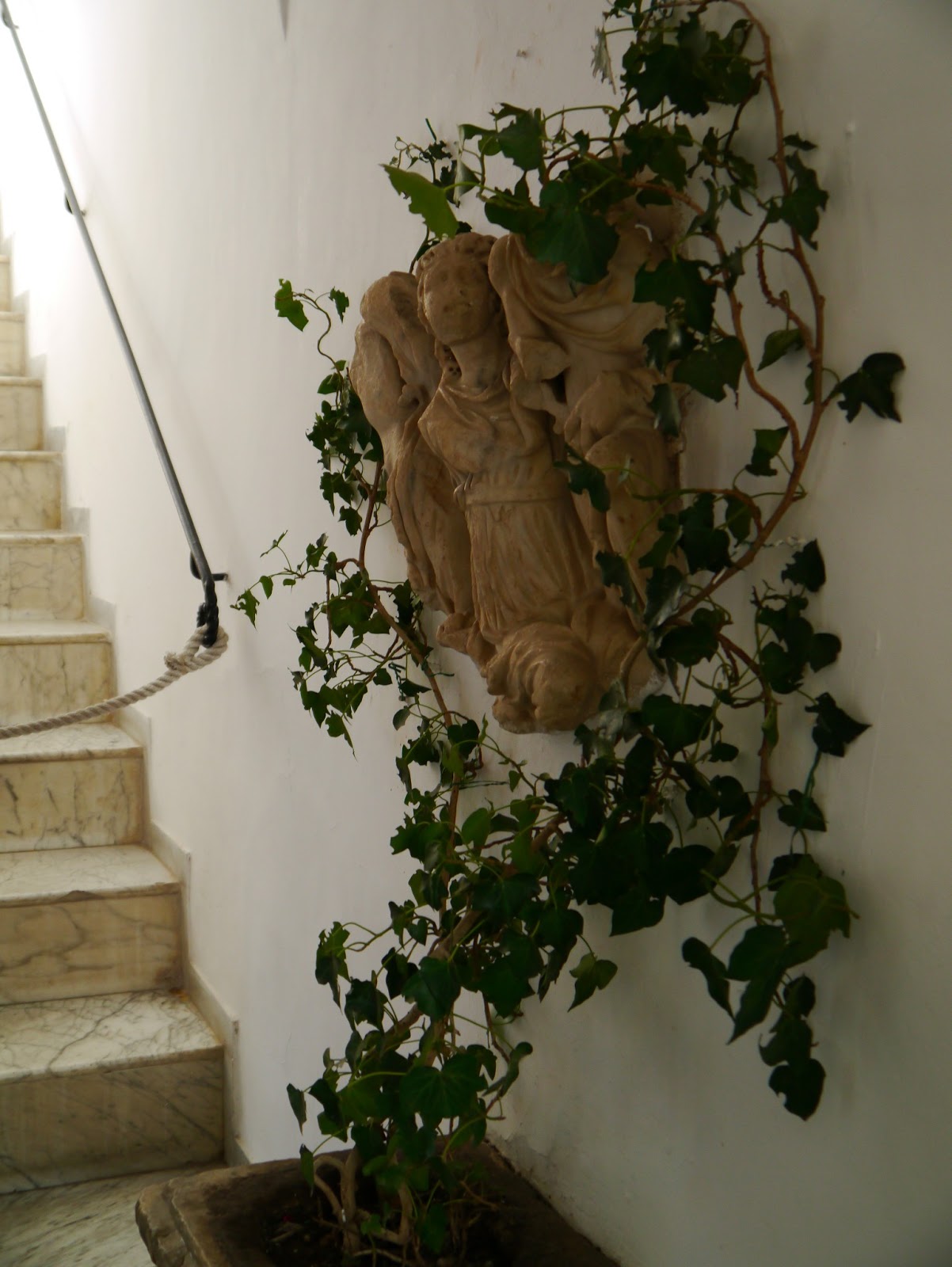 So who was Alex Munthe and what did he have to do with the Isle of Capri? Munthe (1857 - 1949) was a Swedish physician and author, and quite an amateur architect too, who lived for much of his life on Capri. The principal vestige of his stay is the beautiful Villa San Michele, named after the small chapel on the site. Munthe built the villa, in the process digging up various bits of Roman remains, many of which decorate the house and garden today. Munthe didn't live in the house himself for long, but rented it out (he lived elsewhere on Capri). There is also an intriuging romance in his life, one Queen Victoria of Sweden:

While in [on Capri] residence the Queen often visited the Villa San Michele to join Munthe for morning walks around the island. Munthe and the Queen also arranged evening concerts at San Michele, at which the Queen played the piano. The Queen shared Munthe's love of animals, owning a pet dog herself, and helped support his efforts to purchase Mount Barbarossa to establish it as a bird sanctuary. Perhaps inevitably, given the small local population and their close friendship, it was rumoured that Munthe and the Queen were lovers, but this has never been substantiated. [Wiki]

Axel Munthe is perhaps best remembered today as the author of "The Story of San Michele", an autobiography about his life and work. But in his time practising as a physician he was known for his generous work in assisting the poor during outbreaks of cholera and other pestilences, including on Capri and in Naples. 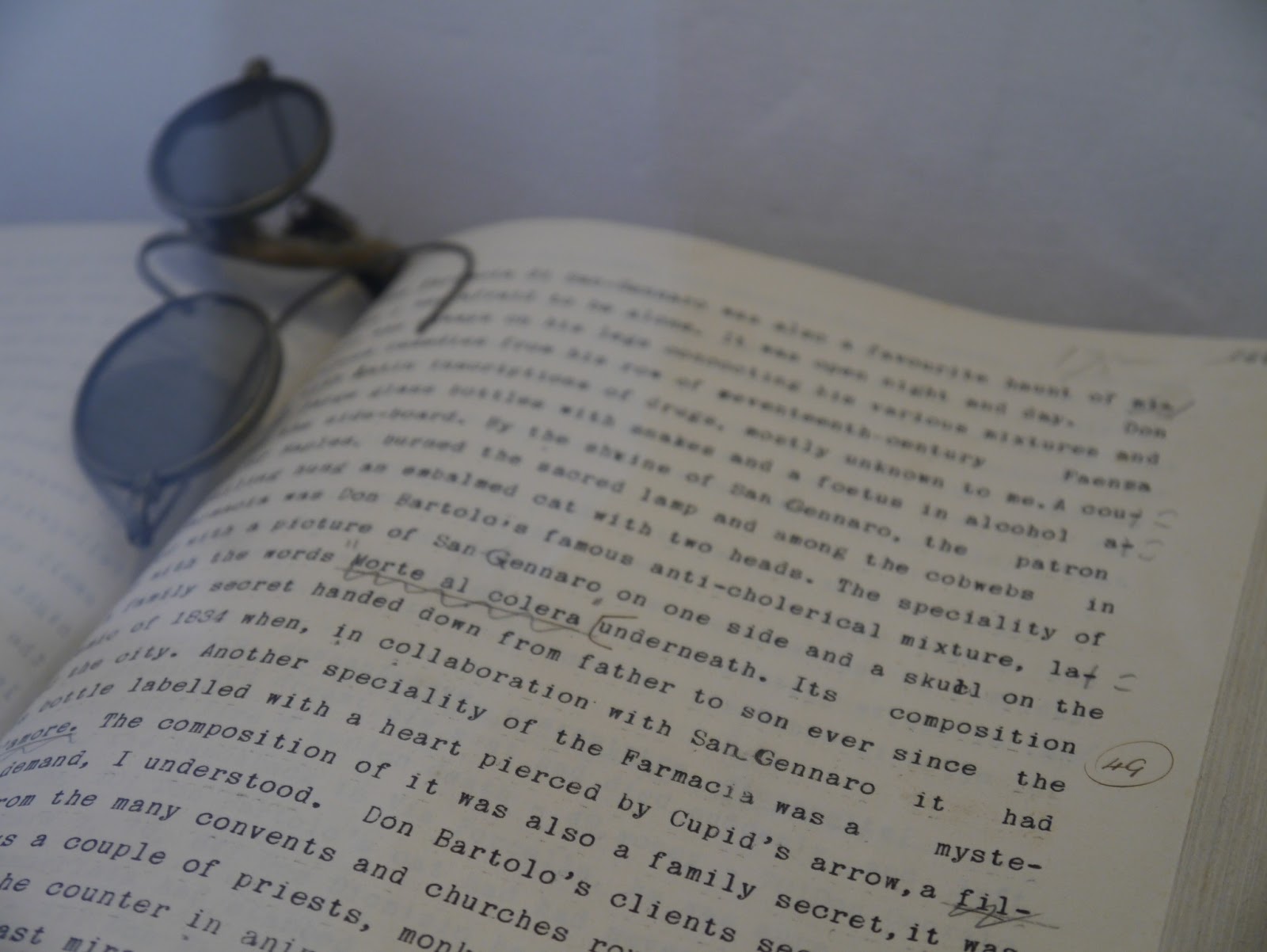 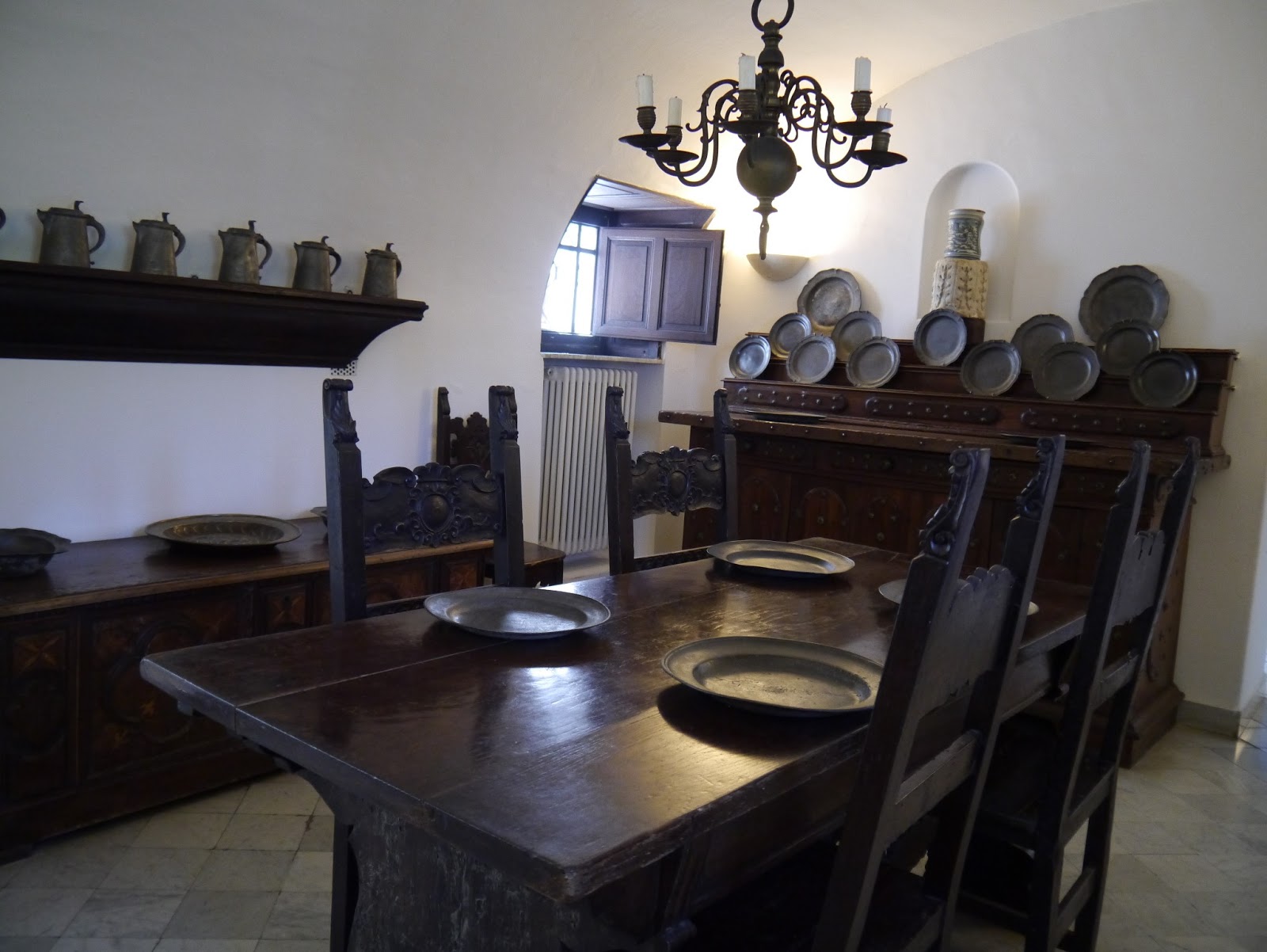 Munthe developed an eye condition which eventually made him virtually blind and unable to tolerate the bright Italian sunlight. At that point he returned to Sweden for a number of years and wrote The Story of San Michele (published in 1929), which was well received, having been translated into at least 45 languages and said to be one of the best-selling books of the 20th century. [Wiki] 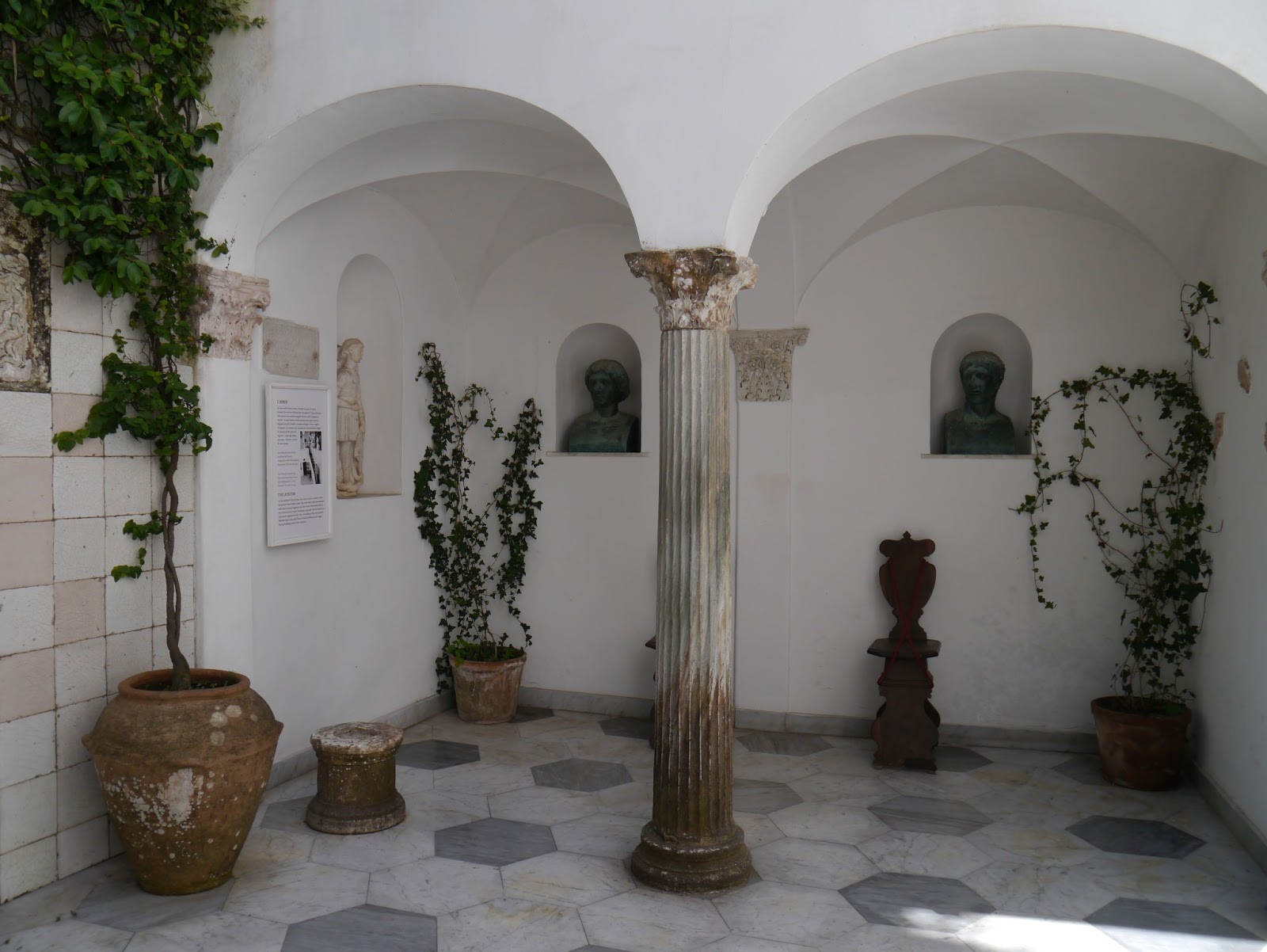 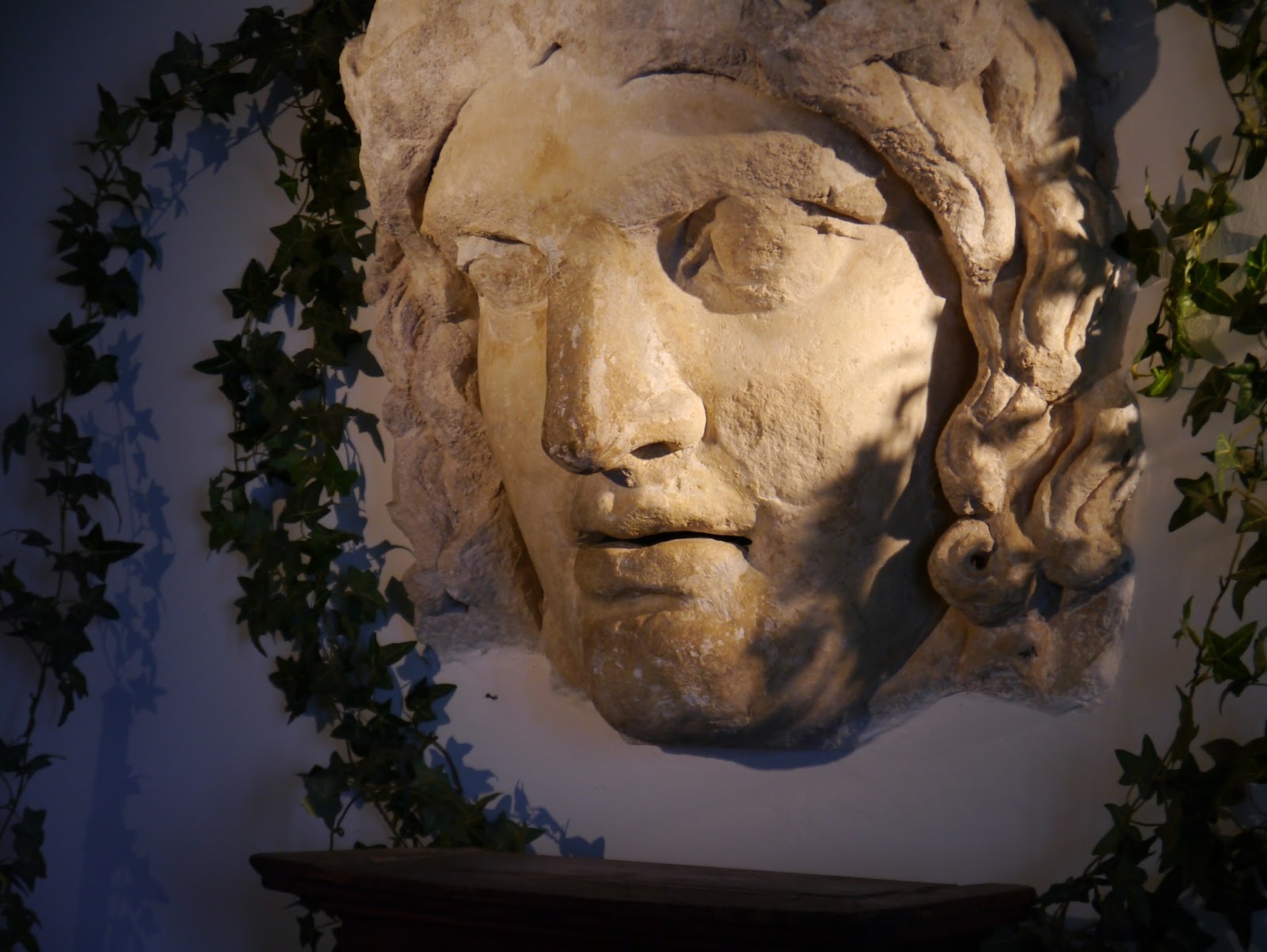 The gardens of the Villa San Michele cover several terraces and frame spectacular views. Antique statuary is dotted about, and the restored Chapel of San Michele sometimes hosts small classical concerts. On a bright Anacapri day, the ornamental garden is a cool delight. 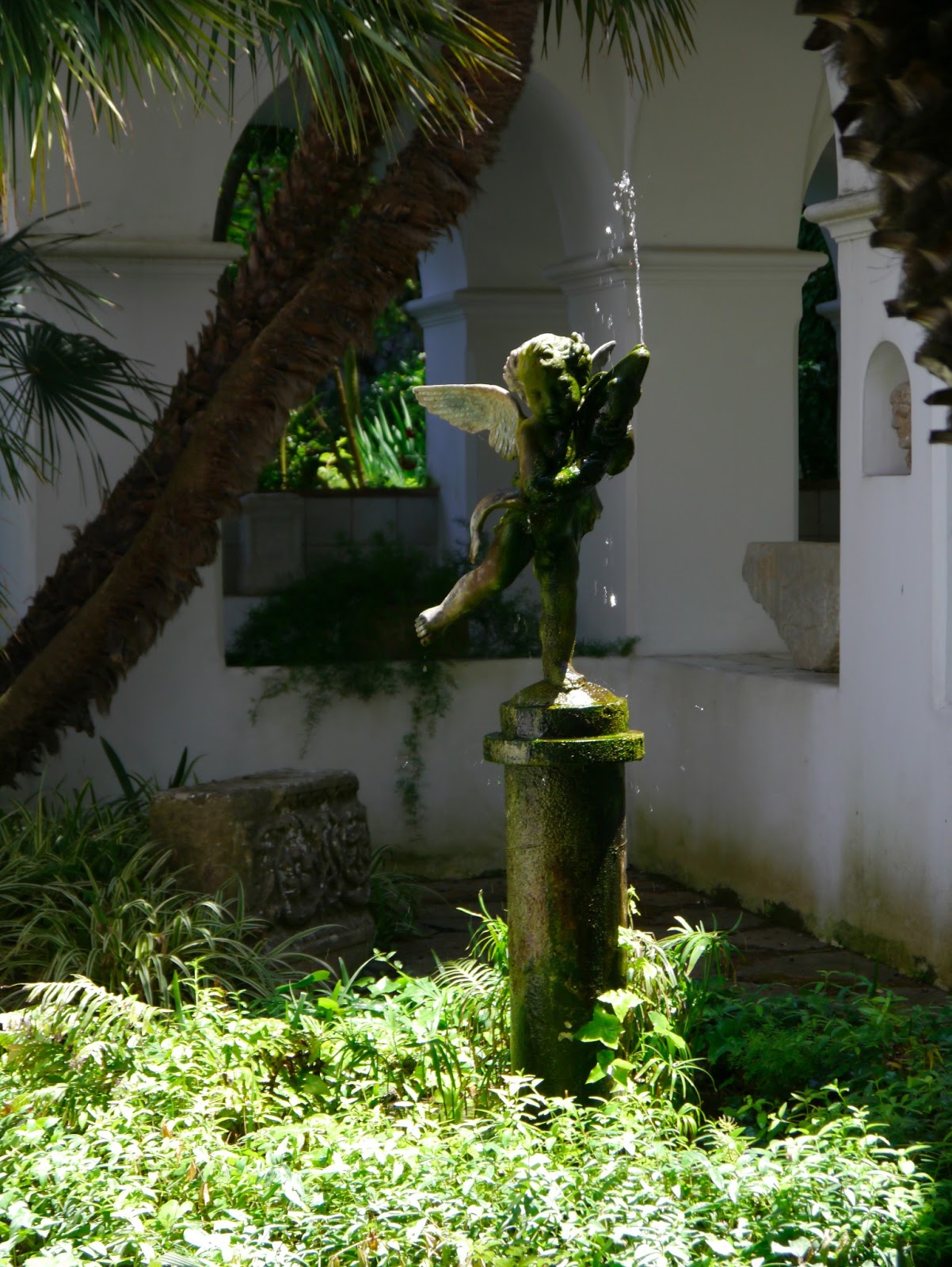 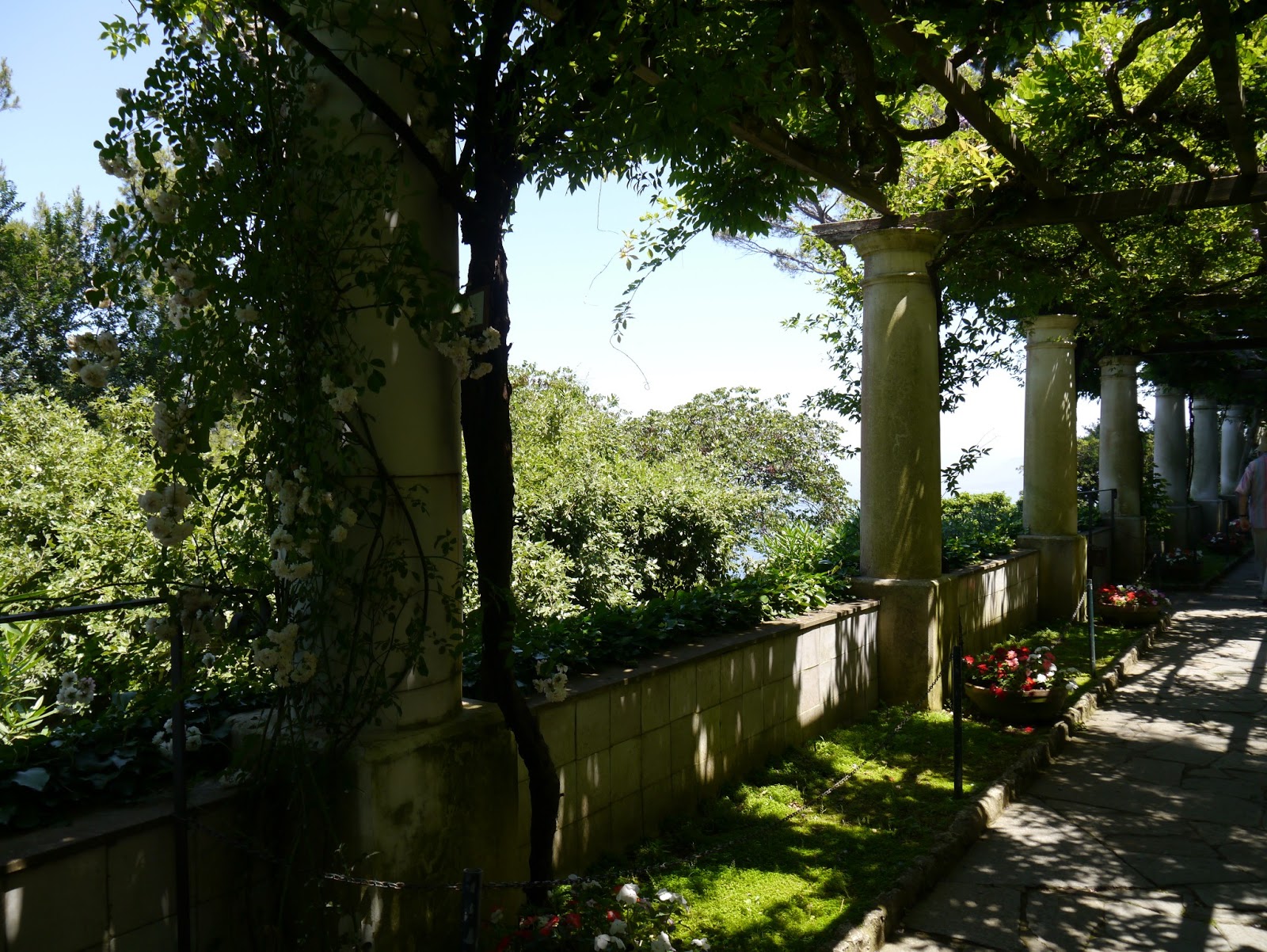 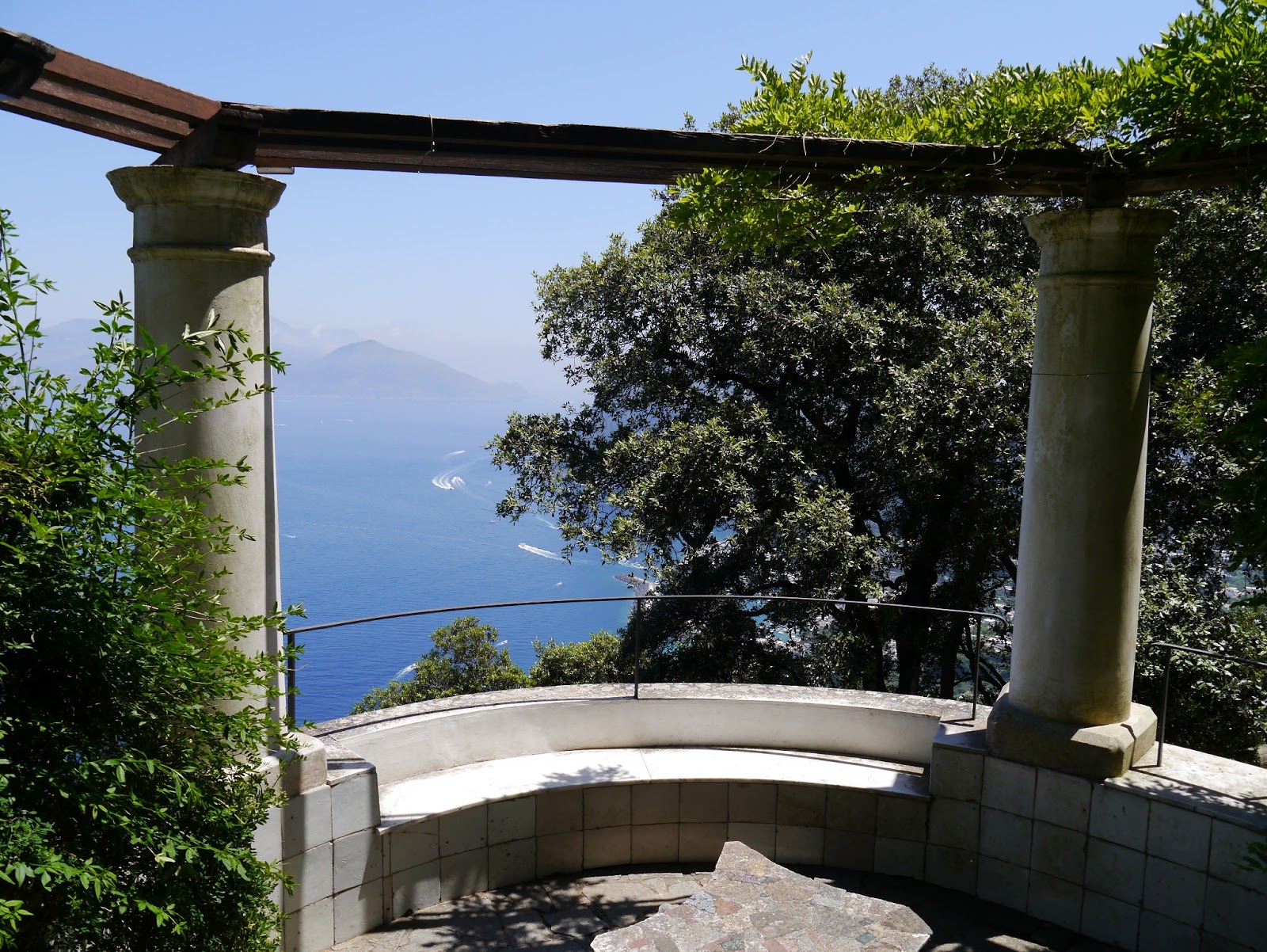 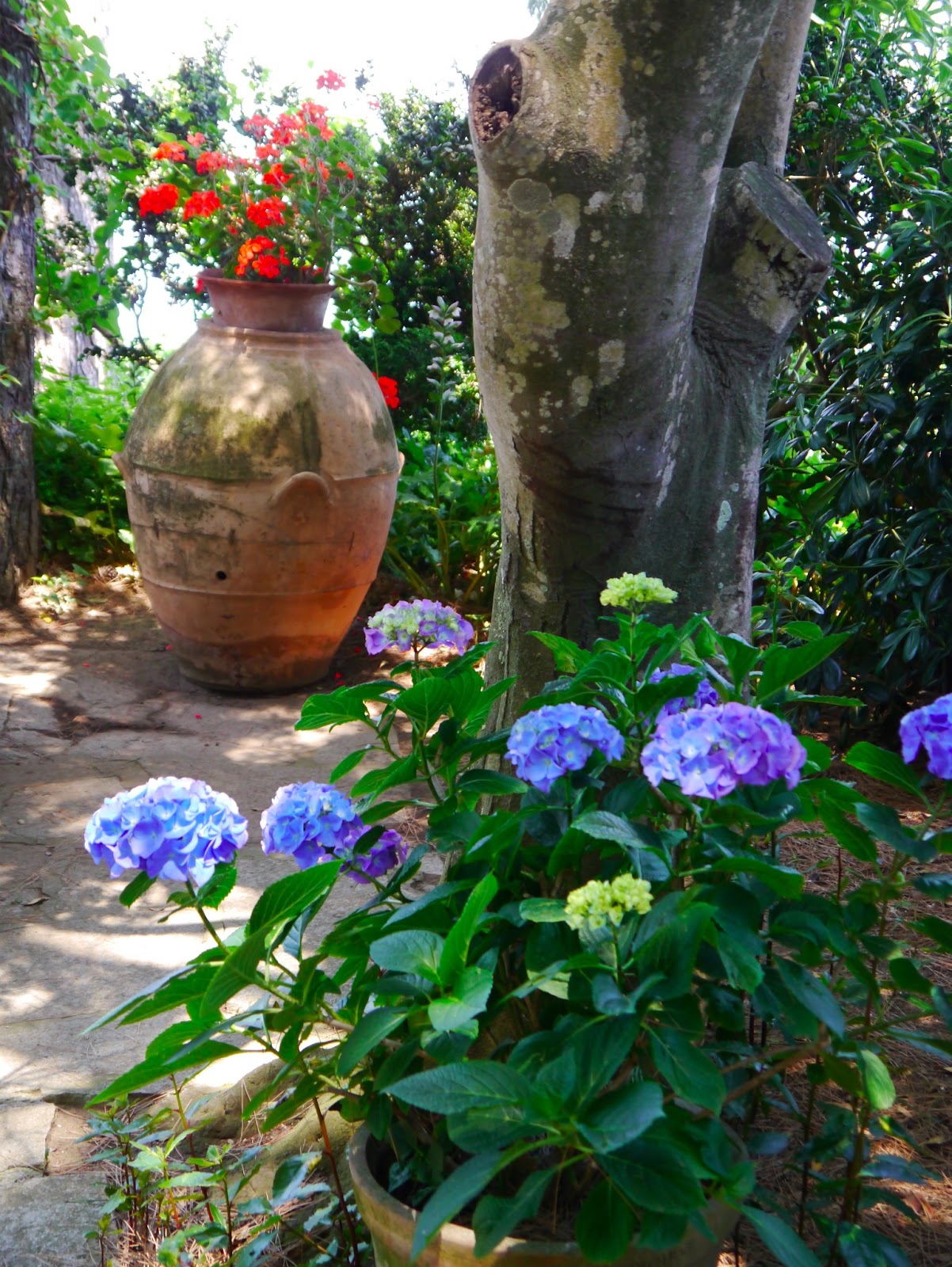 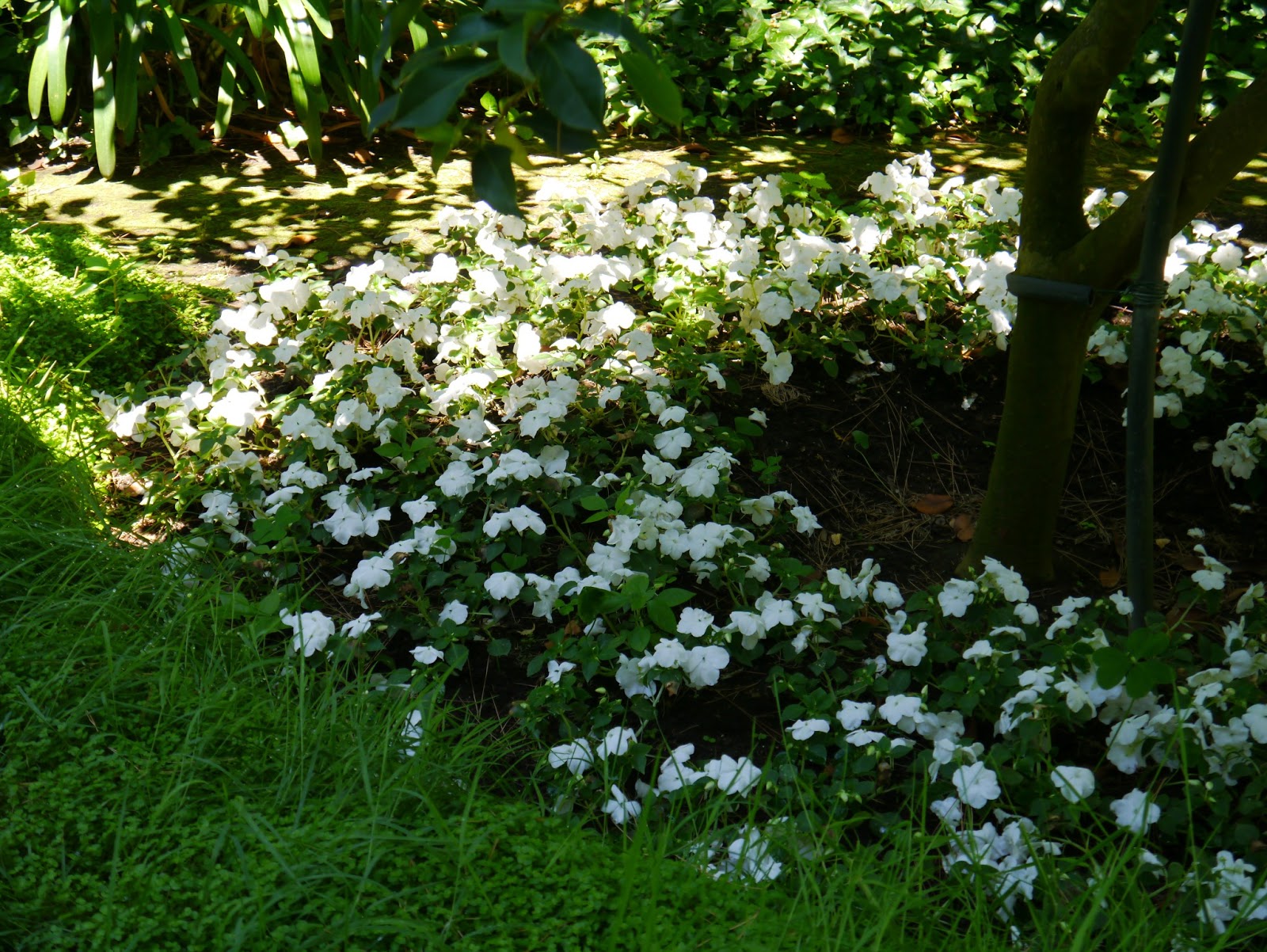 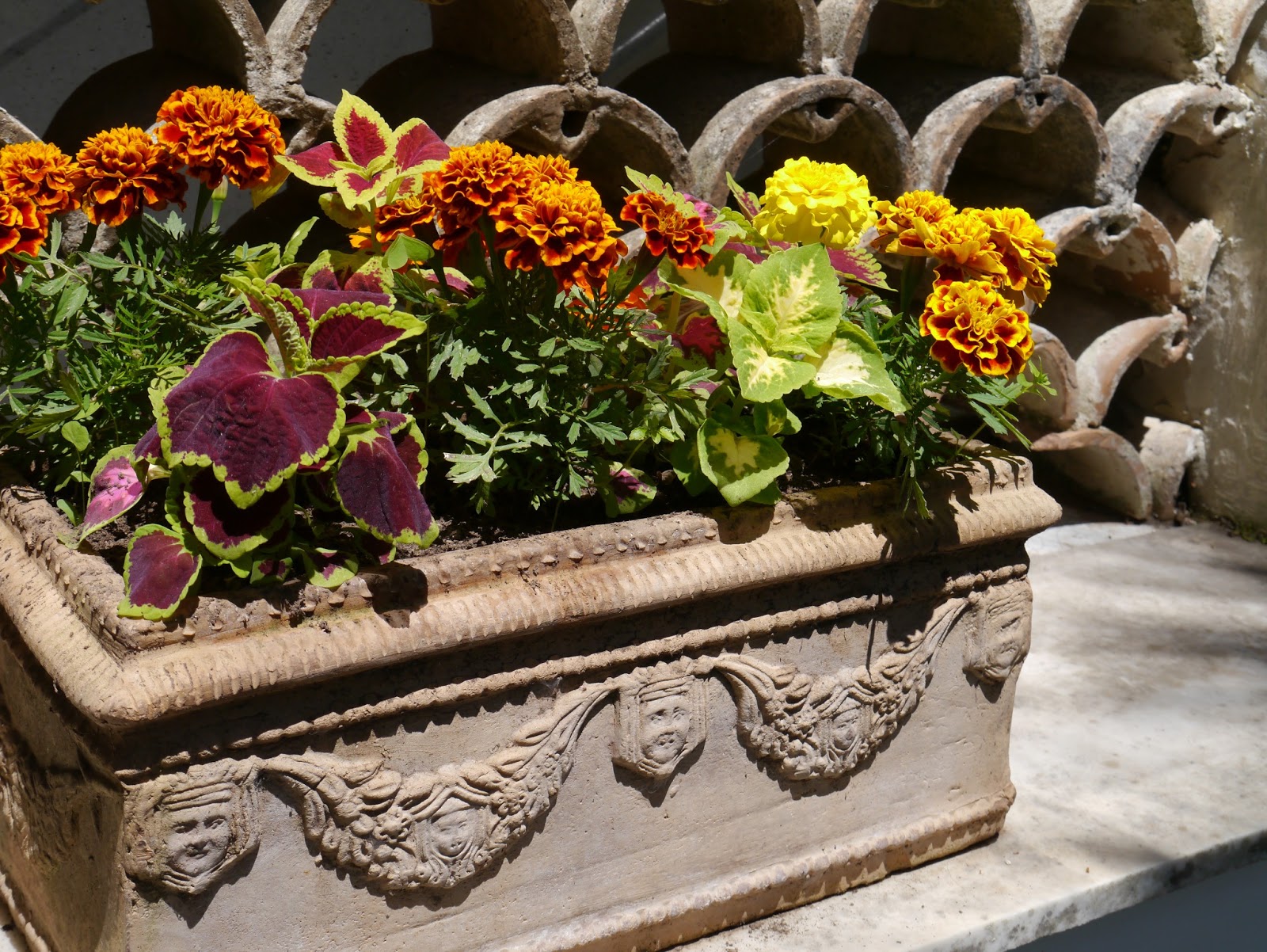 The Capri Sphinx gazes out from a belvedere at the end of the garden of Villa San Michele, its inscrutable face (seemingly half missing) observing the beach of Capri below and the misty mainland beyond. As to why there is a granite sphinx in such a place - Munthe kept its provenance a secret. It is thought that the Sphinx is a genuine Egyptian piece from the era of Ramese II, probably brought to Italy in Roman times (the Roman where always souveniring bits of Egypt). As to how and why it arrived on Capri and in Munthe's garden -- well,the Sphinx keeps its secret. 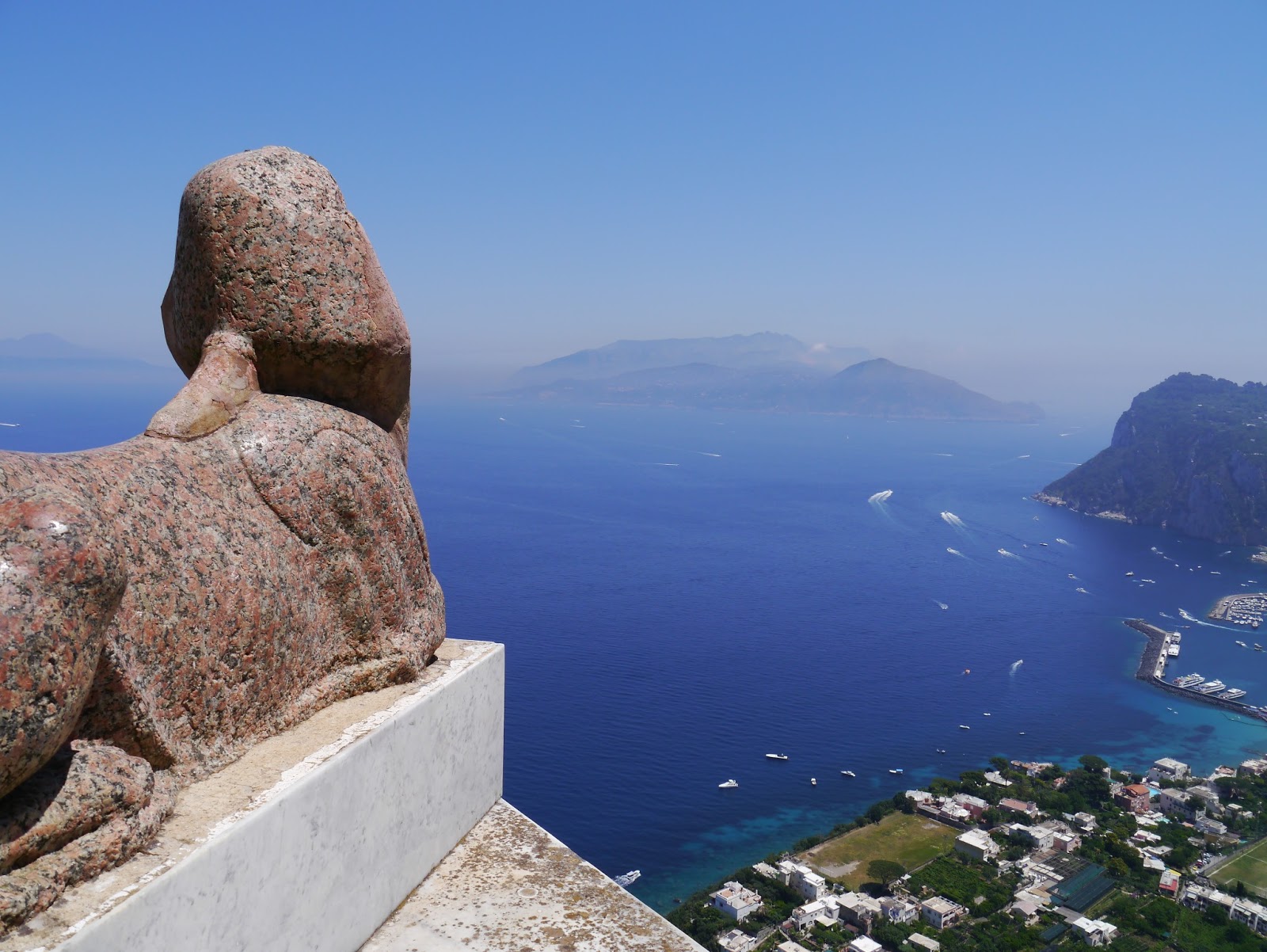 Posted by Annette Freeman at 8:09 AM