Cake-lovers will need no explanation of sachertorte. Chocoholics will be salivating at the mere thought. Visitors to Vienna have sachertorte on their list of must-see attractions, along with the Stephensdom, Mozart’s house, and the Spanish Riding Stables.

There are some fine stories to savour along with the chocolate cake. The sachertorte is an invention, so they claim, of the Hotel Sacher, a fine old lady of Vienna. The Sacher is situated opposite the Vienna Opera House. It was built in the 1870s by Eduard Sacher, on the site of the old Kärntnertor Theatre, which was where Beethoven’s 9th Symphony premiered in 1824. So when you enjoy your cake (with cream, of course) you may be sitting very close to where the maestro conducted his masterpiece.

If that story doesn’t whet your appetite, consider the ‘Rough Guide’s claim that:

...the hotel became the aristocrats’ favourite knocking shop, particularly after 1892 when it was run by Eduard’s widow, the legendary, cigar-smoking Anna Sacher, until her death in 1930. perhaps the most famous incident to take place there was when Archduke Franz Ferdinand’s younger brother, Otto, appeared in the hotel lobby naked except for his sword and the Order of the Golden Fleece around his neck, though this is where John and Yoko first introduced "bagism" to the world, in 1969. 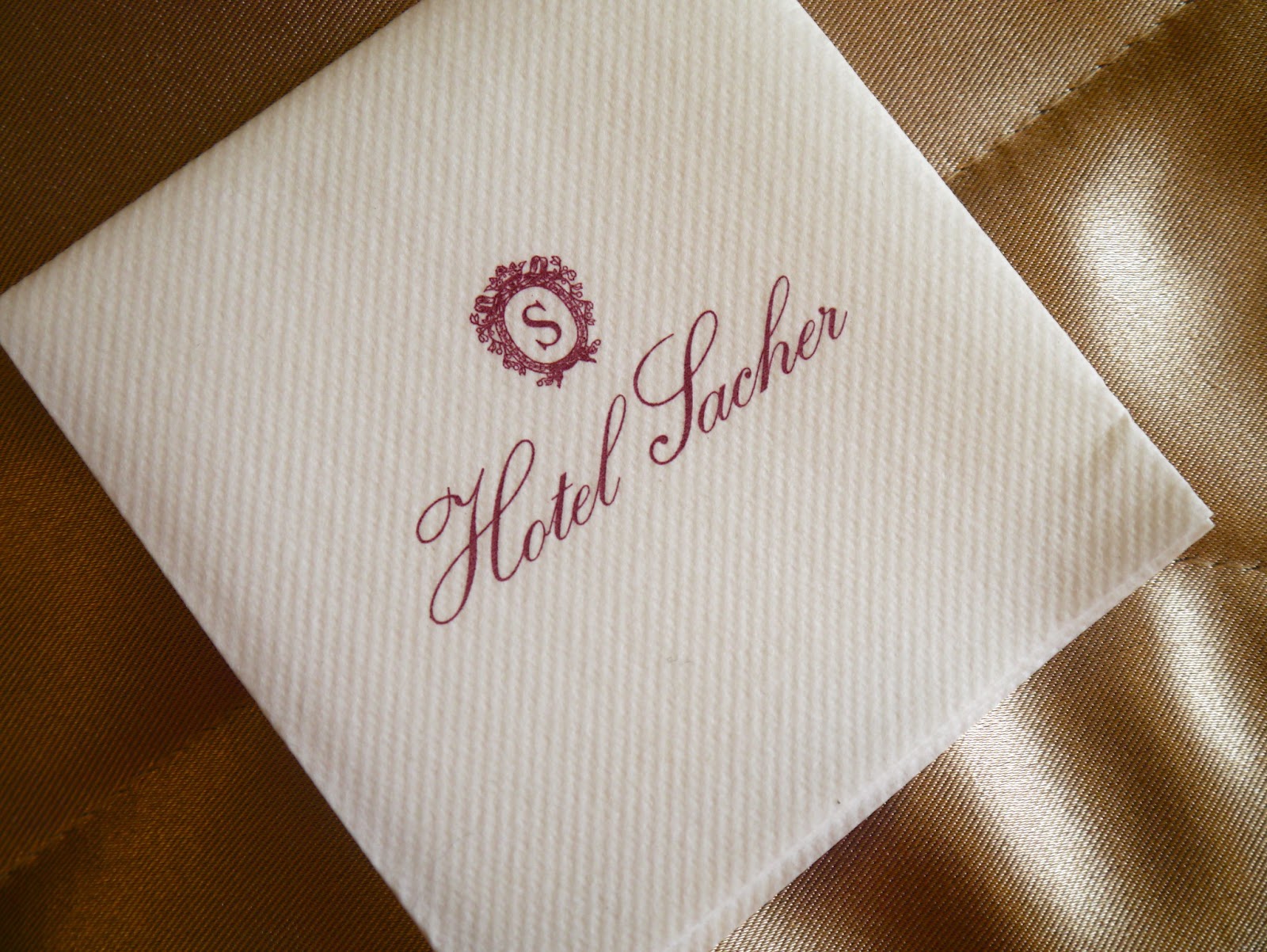 It’s said that the famous sachertorte was invented by Eduard’s father, who was chef to Prince Metternich. In the Sacher Café you can order a mini-version, or a larger slice; or buy an entire cake to take home. The Hotel Sacher also boasts several lovely restaurants, including the sumptuous Rote Bar where I enjoyed a delicious Austrian lunch; but has quite an exclusive lounge. With the Presidential Suite costing upward of €5380 per night, I guess they don't want any riff-raff. Although a seething crowd of teenagers outside the hotel told me that Justin Beiber was staying there when I was last in town.

In all fairness to the Hotel Sacher, you might be able to pick up a standard room for €395. If you don't mind Justin Beiber and do like chocolate cake.

Posted by Annette Freeman at 11:01 AM