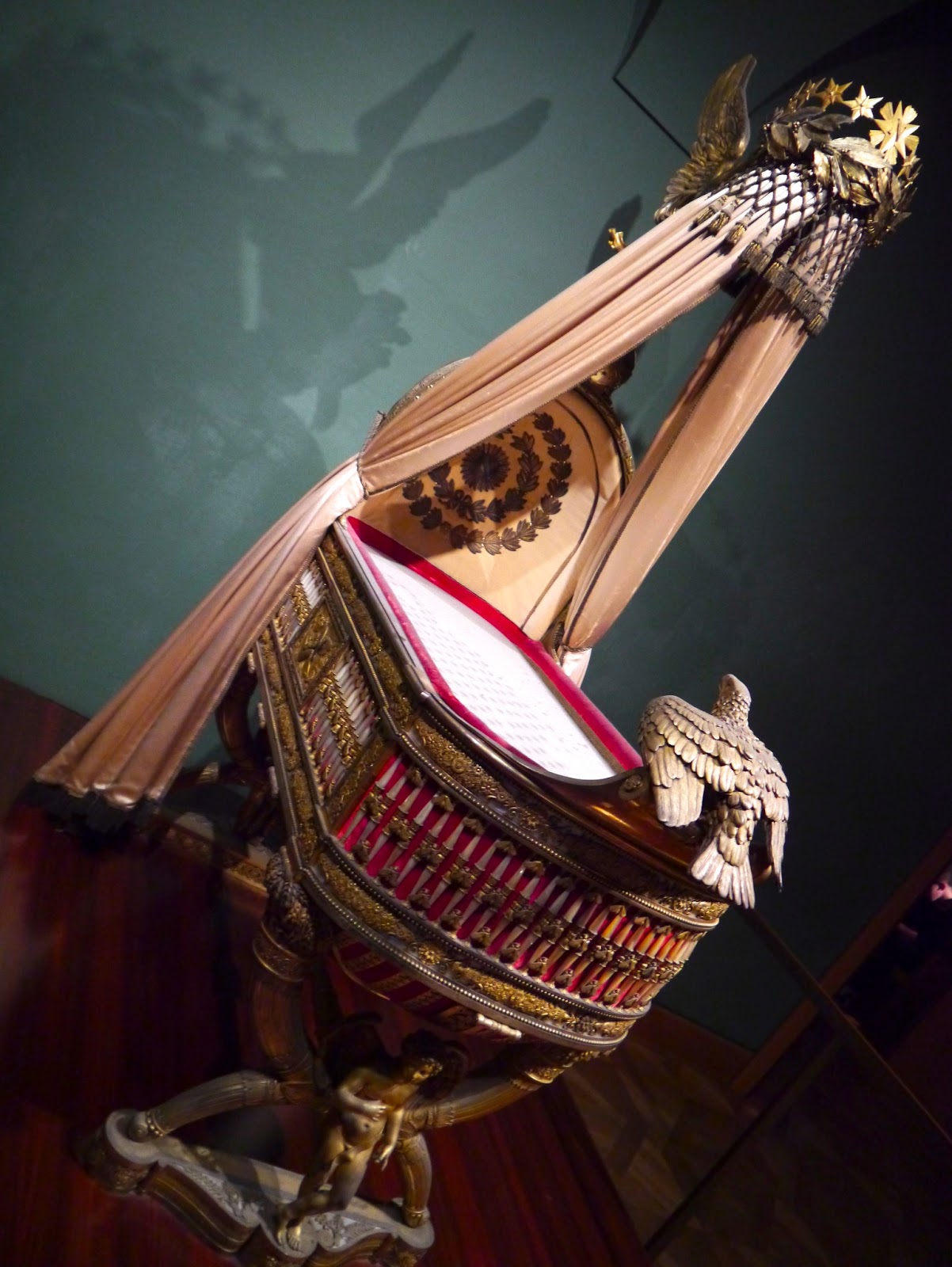 Imagine if you will placing a new born babe in a cradle like this. Obviously great things were expected of the baby who occupied it, and in fact he was destined to inherit a vast Empire. Sadly (for the babe, at least) these visions of grandeur were not realised and the occupant of the cradle grew up sickly and sensitive and died young.

Here is his papa, the instantly recognisable Napoleon, risen from humble beginnings and raised up by his own astonishing efforts, skill and ruthlessness to found a French Empire. Until it all went wrong, of course.

The cradle, of silver gilt with velvet and silk trimmings, was made in 1811 by the City of Paris and was a gift on the occasion of the birth of Napoleon's son (1811 - 1832), whose name was Napoleon Franz Joseph Karl, or sometimes 'The King of Rome' or L'Aiglon (the 'Little Eagle'). In fact, it was probably not an everyday cradle, but a kind of 'infant throne cradle' for displaying the baby on formal occasions (let's hope he didn't baby-puke on it too often).

A mere four years after the birth, Napoleon had lost the Battle of Waterloo and abdicated, in the process proclaiming his infant son Emperor Napoleon II of France in his place, though it was a bit late for that. Papa was reported to have expressed the view that he would rather his son was strangled than see him brought up as an Austrian prince in Vienna.

However, Marie-Louise returned to Vienna when Napoleon was exiled on Elba, and when he died in 1821 she remarried and had more children. 'Der kleine Napoleon', as the Viennese called him, was left a veritable orphan in the mighty Schönbrunn Palace in Vienna and was indeed given an aristocratic Hapsburg upbringing. He was instructed in German, and reminders of his past life removed. From 1830 his health deteriorated, and he became seriously ill with tuberculosis. He died at Schönbrunn in 1832 at the age of 21.


Posted by Annette Freeman at 9:18 AM