There's a legend that tells of the time - before 300 BC - when the Picentini people, nomadic shepherds, left the country of the Sabines and travelled north to settle in the country they would call Picenum. The legend has it that they were guided by a woodpecker to the wedge of land between two rivers on which they founded a city - today known as Ascoli Piceno. The Latin word "woodpecker" was "picus" -- and thus the name.


Before the Romanisation of the peninsular, Italy was populated by many different tribes -- those most remembered include the Etruscans (in modern-day Tuscany), the war-like Sabines, a variety of Greek colonies, and the Picenes.

Perhaps the most obvious reminder of the Picenes today is the second city of the province of Le Marche, which is called Ascoli Piceno. In Ascoli Piceno, in addition to some lovely piazzas, lots of travertine marble, a big duomo and plenty of anisette liqueur, there is a Museo Archeologico with a small but well-curated display of finds from graves and diggings from Picene times.


...the relics of their civilisation suggest that they were a pretty emotional and impetuous lot: writing curses on missiles, gauging grief by measuring the volume of tears, a losing a critical battle against the Romans when they interpreted an earthquake as a sign of divine wrath and abandoned the fight...

Interestingly, the Picenes have a connection with Campania in southern Italy, around Paestum and Salerno (not far from where I live). Wiki says:


[After 299 BC]...Ancona and Asculum remained independent but the rest of Picenum was annexed. The Romans placed two more colonies to hold it: Ariminum in 268 and Firmum in 264. Between these years they moved large numbers of Picentes to Campania, giving them land at Paestum and on the river Silarus and assisted them to build a city, Picentia. They also placed a garrison at Salernum to monitor them. Strabo reports that in his time they had depopulated the city in favour of villages scattered about the Salerno region. In Ptolemy's time (2nd century AD) a population named by him the Picentini were still at Salernum and Surentum.


Ascoli Piceno's Archaeological museum has lots of interesting bronze bits and pieces from Picene graves, and some remains from the era of the Romans. The exhibit that takes the fancy of most visitors, however, is a Roman mosaic floor with a double-faced head of a herm, or faun, which looks at you from whatever angle you view it. 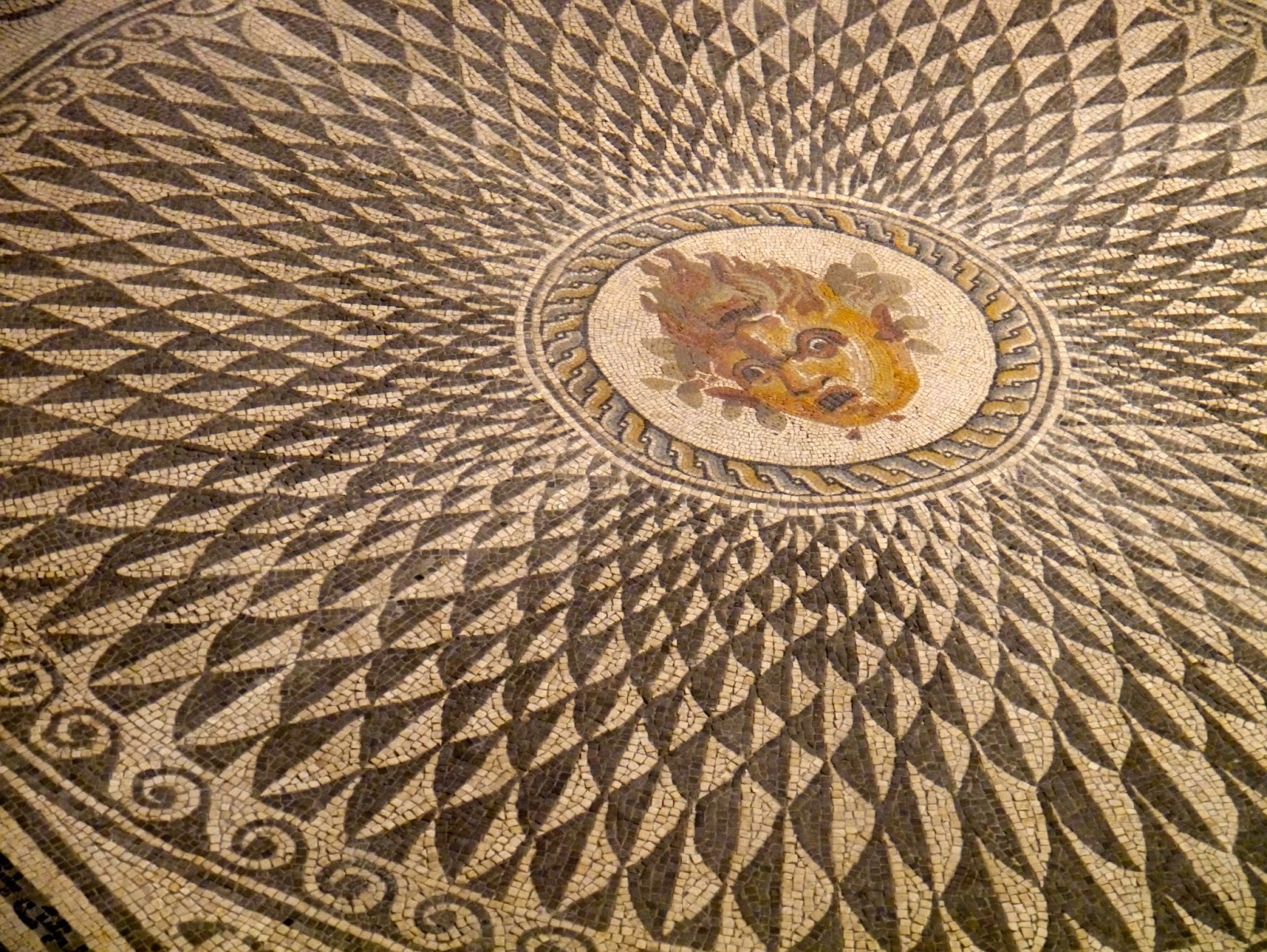 Posted by Annette Freeman at 12:08 PM