Chicago is a city of extraordinary twentieth (and 21st) century architecture, from the earliest skyscrapers, through the ornate neo-classical, art nouveau and art deco confections of the 1920s and 1930; to the beautiful "less-is-more" International Style of Mies Van Der Rohe's elegant tall buildings; to what was, in the 1970s, the tallest building in the world, Sears Tower (now Willis Tower.)

But let's pause just for a moment and admire a particularly gorgeous skyscraper, 82 stories high, in downtown Chicago's Lakeshore East development: named 'Aqua' by its management, the tower is a mixed hotel and residential building. You can buy or rent an apartment there if you have the cash (this article discusses the prices in 2010).

Aqua was completed in 2009, and was designed by architect Jeanne Gang, principal and founder of Studio Gang Architects, and it's her first skyscraper project. Chicagoans get excited by the fact that the designer is a woman - Aqua is the largest project ever awarded to an American firm headed by a woman. For reasons which are not clear to me (perhaps they did the hard work of interpreting the design and overseeing construction), Loewenberg & Associates are the architects of record. It's won a few architecture prizes.

As you can see by the pictures, the most distinctive feature of the building is the undulating balconies, each different from its neighbour. They make the building facade look like it's flowing, as in water ('aqua' - geddit?) The architect said she was inspired by shelves of rock around Lake Michigan, and the waters of the lake; but the balconies also, it seems, have some practical purpose. They help shade the glass and "confuse" the wind, and are arranged specifically so that residents can have views of city landmarks unobscured by the surrounding structures.

It's a beautiful thing. 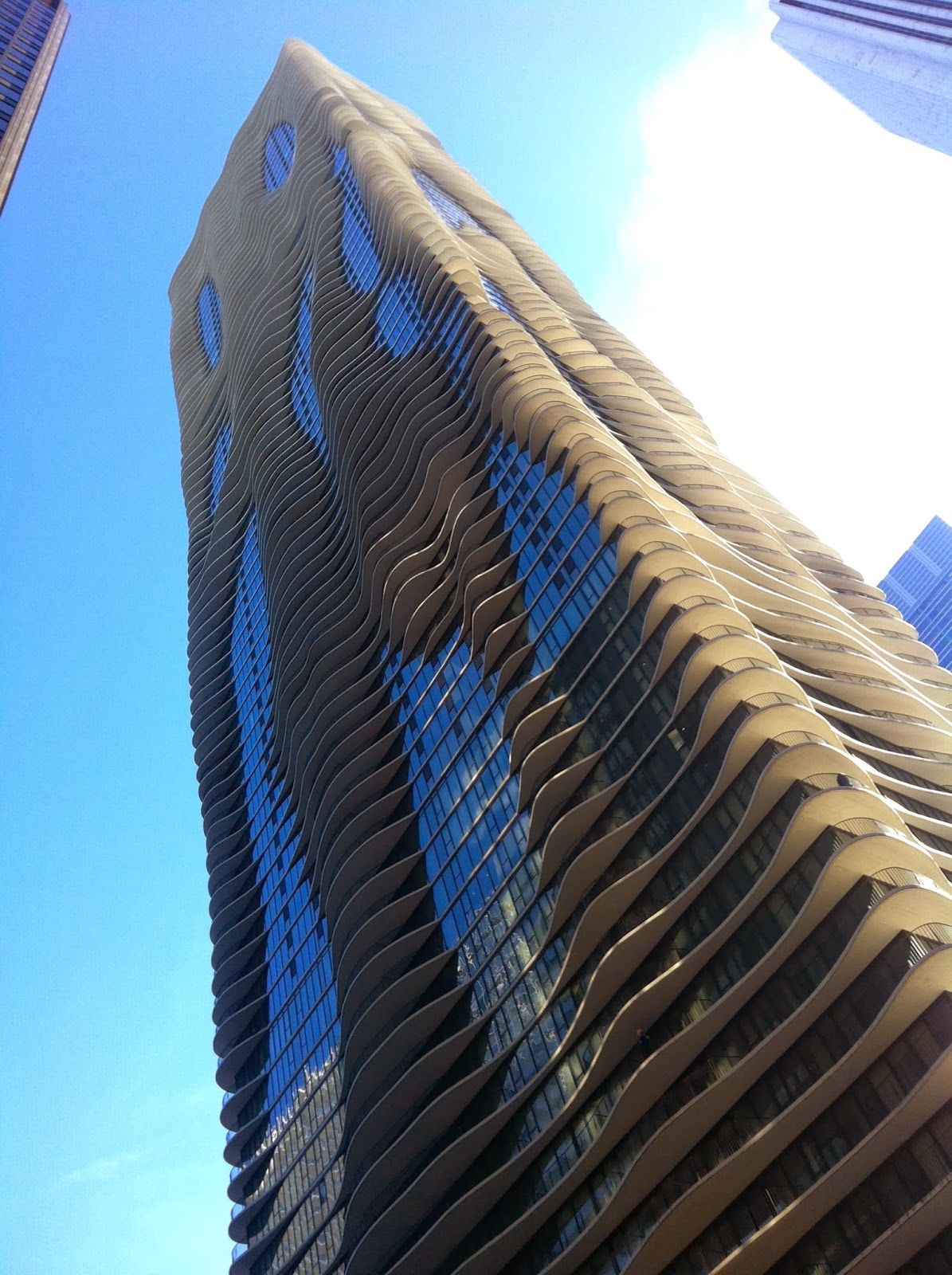 Posted by Annette Freeman at 8:40 AM