Welcome to an unanswerable argument proving that the Kindle and its spawn can never adequately replace The Book. Welcome to Hay-on-Wye, the epicentre of Book-dom. As you may know, this small village on the border of England and Wales (it depends which side of the River Wye you are on, but I think most of the village is in Wales - but see below re independence) has hosted a Literary Festival for decades. This year it celebrates 25 years of the Festival and 50 years of bookshops. Its Festival is not only one of the oldest, but one the largest and the most renowned in the world (it kicks off in June).


Hay was a quiet run down little market town in 1962, when Richard Booth opened his first bookshop. Ten years and 40 bookshops later, the town had become a Mecca for book lovers the whole world over. On 1st April 1977 (All Fools’ Day) Richard declared Hay an Independent Kingdom and the town has been in the public eye ever since. It is ‘twinned’ with Timbuktu -- an eccentric and effective PR stunt if ever I heard of one.


Obviously I enjoyed myself. Apart from bookshops - every few yards - the town is replete with shops selling knick-knacks, antiques and pastries. But I strode boldly by those and headed into the first bookshop I came to. It was Addyman’s Annexe - what a place. Addyman’s has been described by the Antiquarian Book review as “The jewel in the crown of this famous book town”. A reading journalist once said: “put me in Addyman’s and I lose all reason...” I didn’t buy much. Not really. But such finds! And so cheap!

John Steinbeck’s ‘Of Mice and Men’
Christopher Isherwood’s ‘Mr Norris Changes Trains’
Virginia Woolf’s ‘The Waves’
An illustrated book about Jean Cocteau
Nancy Mitford’s ‘Madame De Pompadour’ in large illustrated hard-cover - her beloved ‘Pomp’ as she called it - for only £6.50!


Then off down the road and into more bookshops - found Voltaire’s ‘Candide’, which I had been looking for, since I’ve decided that my hero in my own novel is a Panglossian character.


And then I found the original Addyman’s - they have been redecorating, using baroque shelving created from the interior of a 19th century Transylvanian church. As one does. There’s an upstairs, with room after tiny room connecting; and beaten-up old armchairs to sit in; and a book passage downstairs. And a sign out in the street warning that any cars parking in front will be crushed and turned into bookends. 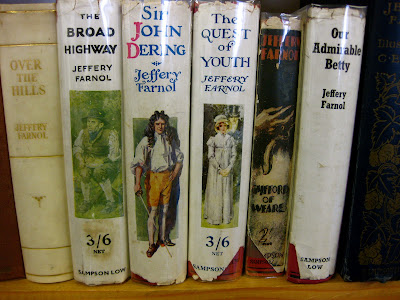 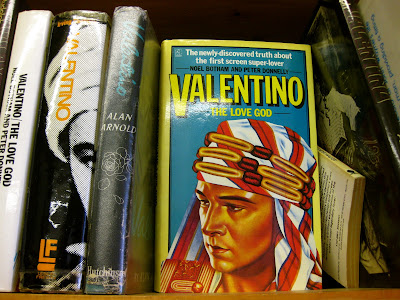 And in there I found D H Lawrence’s ‘Etruscan Palaces’ and Hemingway’s ‘Cakes and Ale’. And upstairs - a beautiful little hard-cover volume of G B Shaw’s ‘Man and Superman’, with his signature in gold embossed on the front cover. Kindle, eat your heart out.


My only regret was that the Number One bookshop in town, the epicentre so to speak, was closed (it closes only on Christmas Day and Easter Sunday. I was there on Easter Sunday). This was Richard Booth’s shop, now a multilevel bookshop cafe. I pressed my nose against the glass and drooled over the atmospheric interior, all wood and stacks of books and little cafe tables. Let me in! Let me in! Ah well - it is always good to have a reason to go back.