Anish Kapoor's wonderful sculpture in Millenium Park in Chicago must rank as one of the most successful pieces of monumental public art ever. It's hugely popular with everyone, and people who visit it love to interact with it. And as they are reflected in its shiny surface they become pat of the art work, just as the city skyline does when it too is reflected in the surface of 'The Bean', as it's generally known - though the artist is said to have considered this nickname "completely stupid". The correct title of the piece is 'Cloudgate'.

Here's the story and stats from Wikipedia:

Cloud Gate, a public sculpture by Indian-born British artist Anish Kapoor, is the centerpiece of the AT&T Plaza in Millennium Park within the Loop community area of Chicago, Illinois, United States... Constructed between 2004 and 2006, the sculpture is nicknamed "The Bean" because of its bean-like shape.
Made up of 168 stainless steel plates welded together, its highly polished exterior has no visible seams. It is 33 by 66 by 42 feet (10 by 20 by 13 m), and weighs 110 short tons (100 t; 98 long tons).
Said to have been inspired by liquid mercury, the sculpture's surface reflects and distorts the city's skyline. Visitors are able to walk around and under Cloud Gate's 12-foot (3.7 m) high arch. On the underside is the "omphalos" (Greek for "navel"), a concave chamber that warps and multiplies reflections. The sculpture builds upon many of Kapoor's artistic themes, and is popular with tourists as a photo-taking opportunity for its unique reflective properties.
The sculpture was selected during a design competition. After Kapoor's design was chosen, numerous technological concerns regarding the design's construction and assembly arose, in addition to concerns regarding the sculpture's upkeep and maintenance. Various experts were consulted, some of whom believed the design could not be implemented. Eventually, a feasible method was found, but the sculpture's construction fell behind schedule. It was unveiled in an incomplete form during the Millennium Park grand opening celebration in 2004, before being concealed again while it was completed. Cloud Gate was formally dedicated on May 15, 2006, and has since gained considerable popularity, both domestically and internationally.

In the underside of the sculpture is the omphalos, an indentation whose mirrored surface provides multiple reflections of any subject situated beneath it. The apex of the omphalos is 27 feet (8.2 m) above the ground. The concave underside allows visitors to walk underneath to see the omphalos, and through its arch to the other side so that they view the entire structure. During the grand opening week in July 2004, press reports described the omphalos as the "spoon-like underbelly". 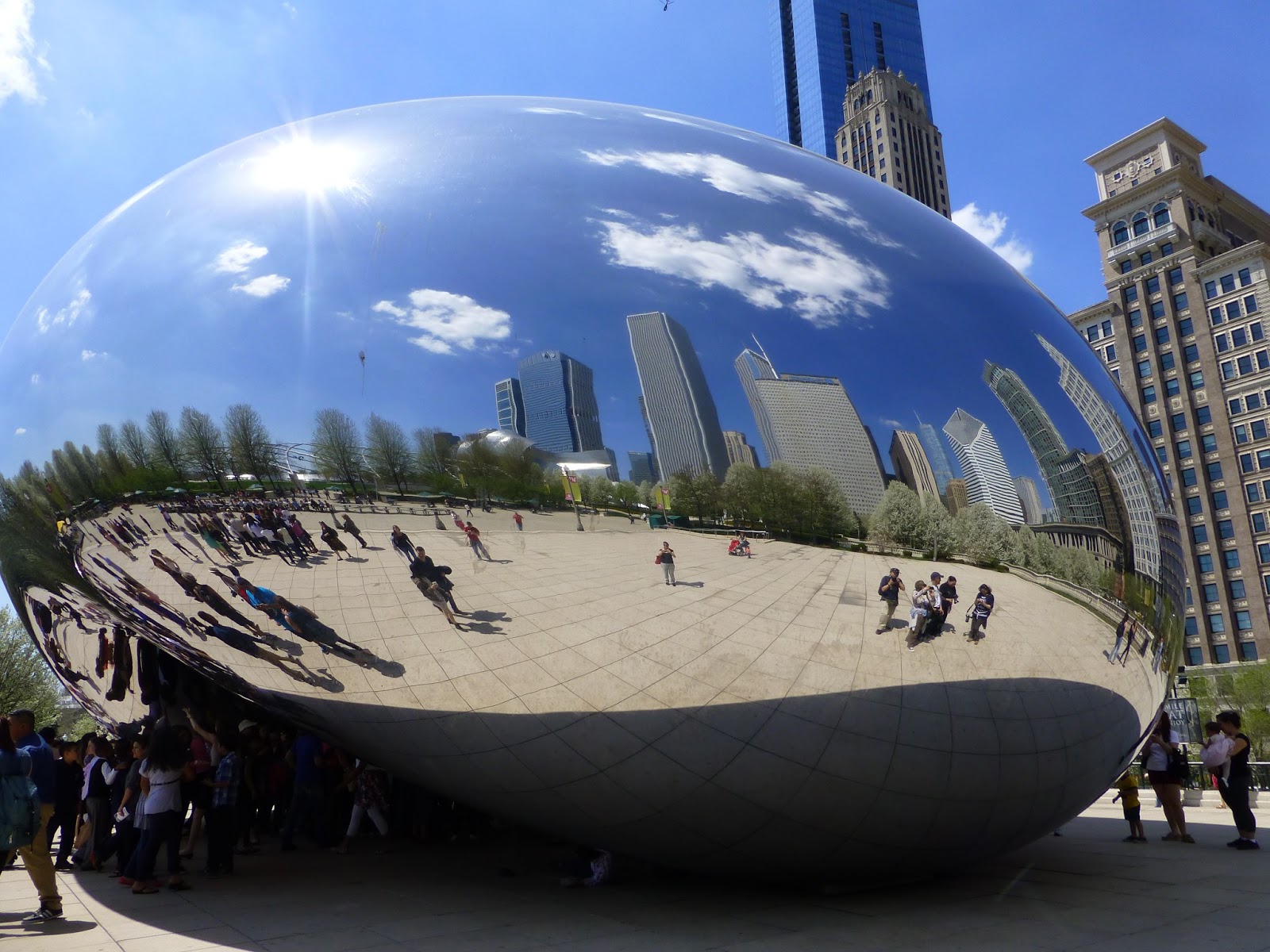 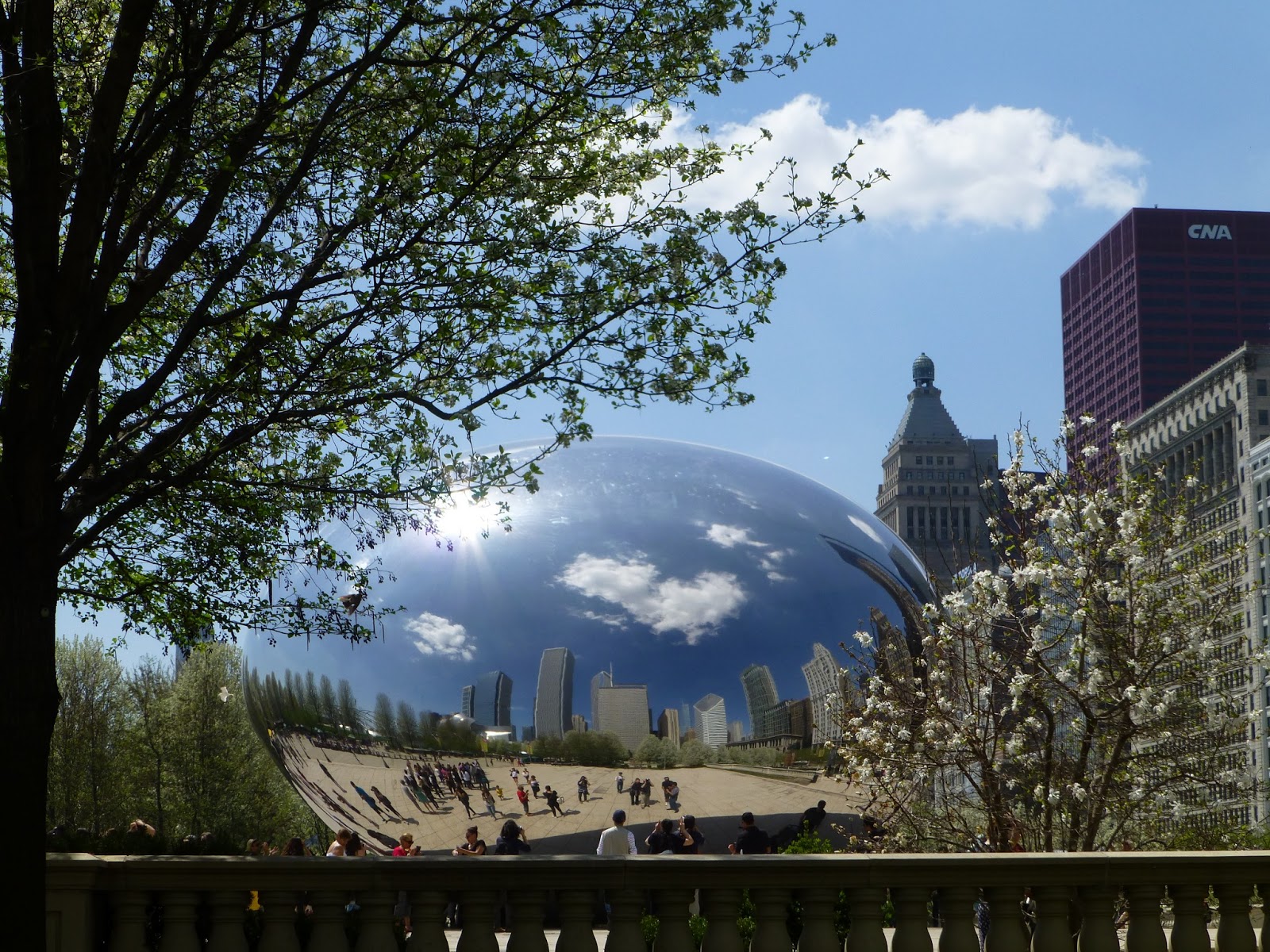 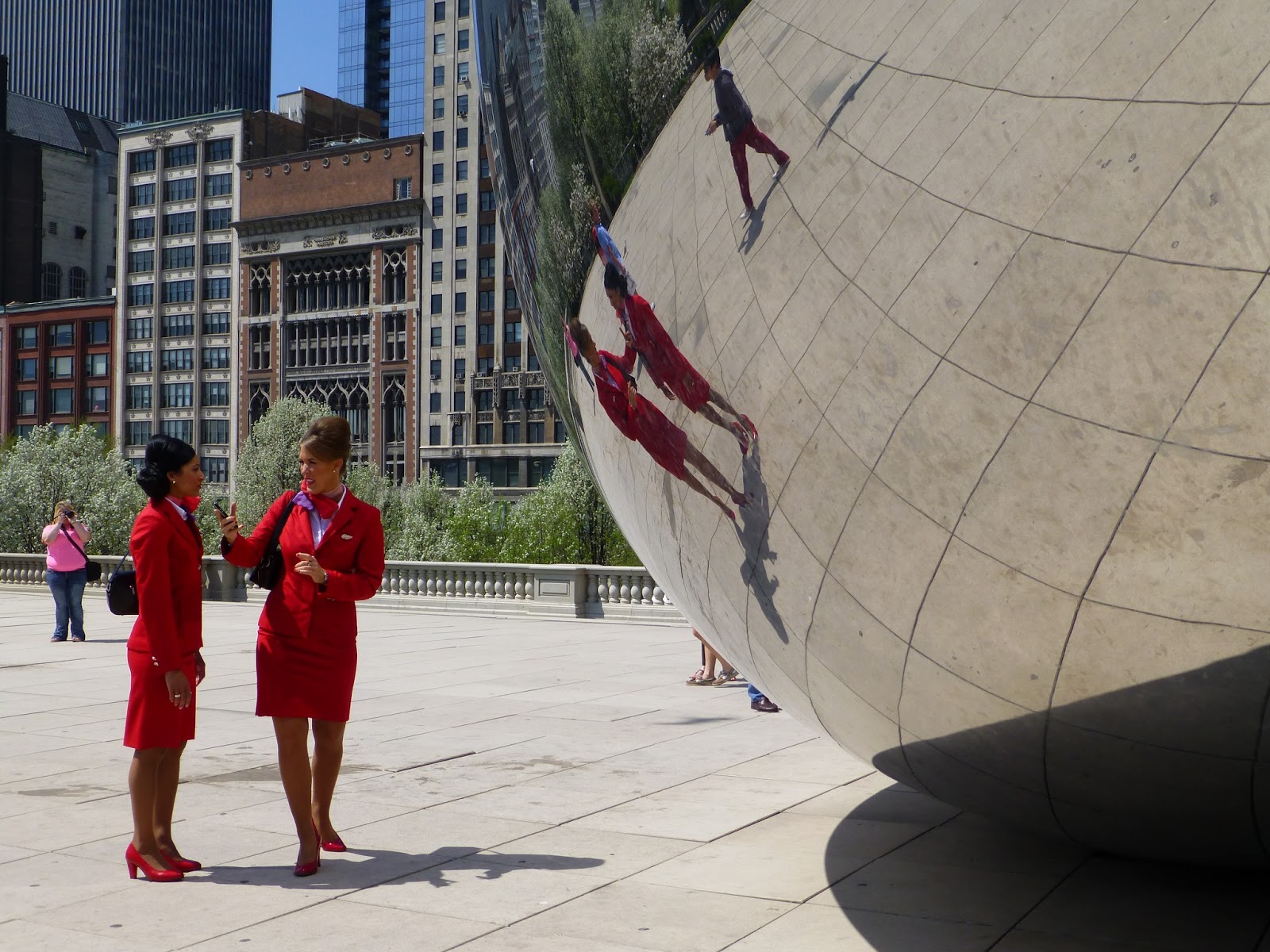 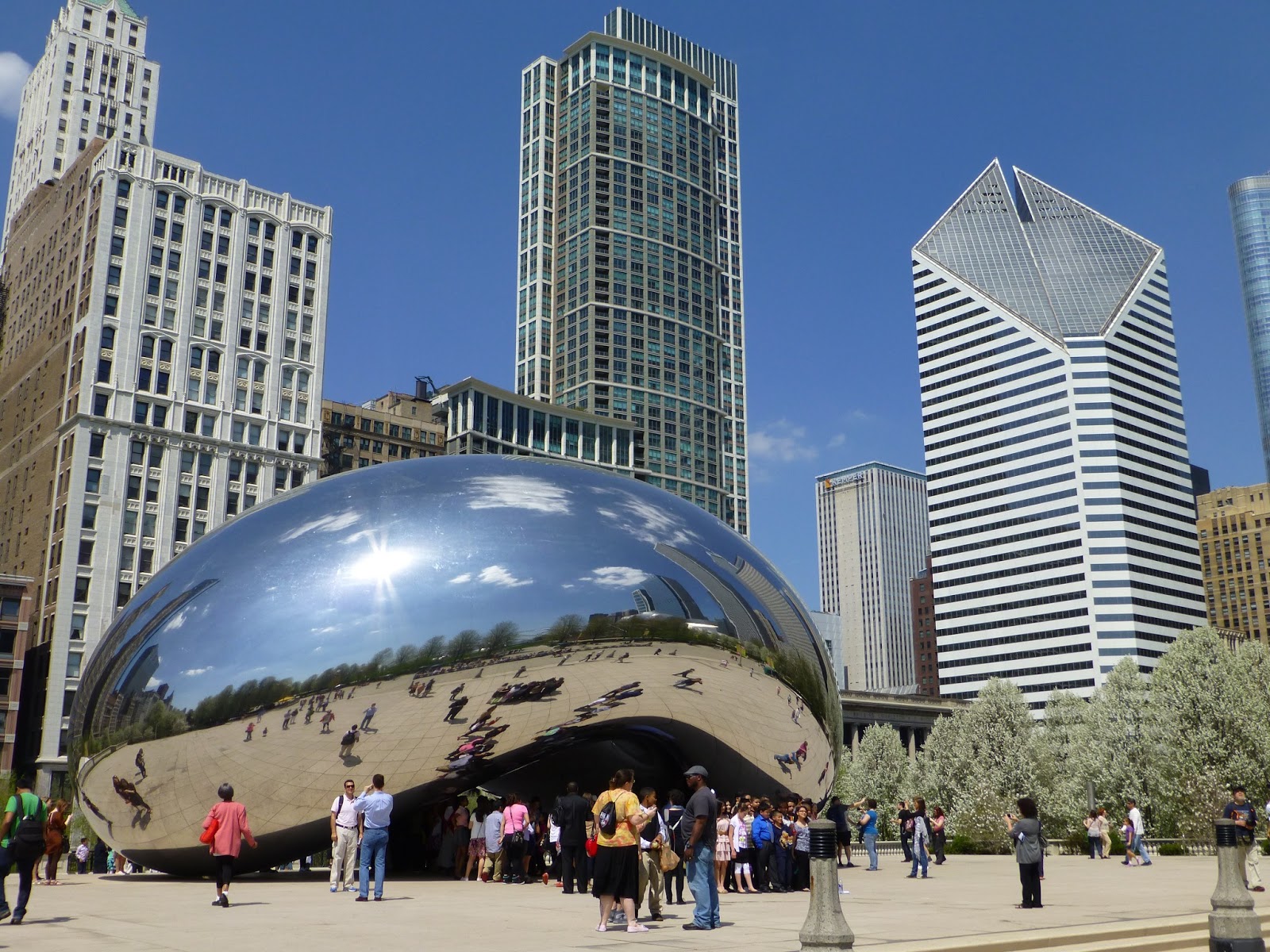 Kapoor's contract states that the constructed piece should be expected to survive for 1,000 years. The lower 6 feet (1.8 m) of Cloud Gate is wiped down twice a day by hand, while the entire sculpture is cleaned twice a year with 40 U.S. gallons (33 imp gal; 150 L) of liquid detergent. The daily cleanings use a Windex-like solution, while the semi-annual cleanings use Tide. In addition to the scheduled cleanings, the work endures periodic vandalism, including a notable February 2009 incident during which two names were etched in letters about 1 inch (25 mm) tall on the northeast side of the curved sculpture. The graffiti was removed by the same firm that did the original polishing. 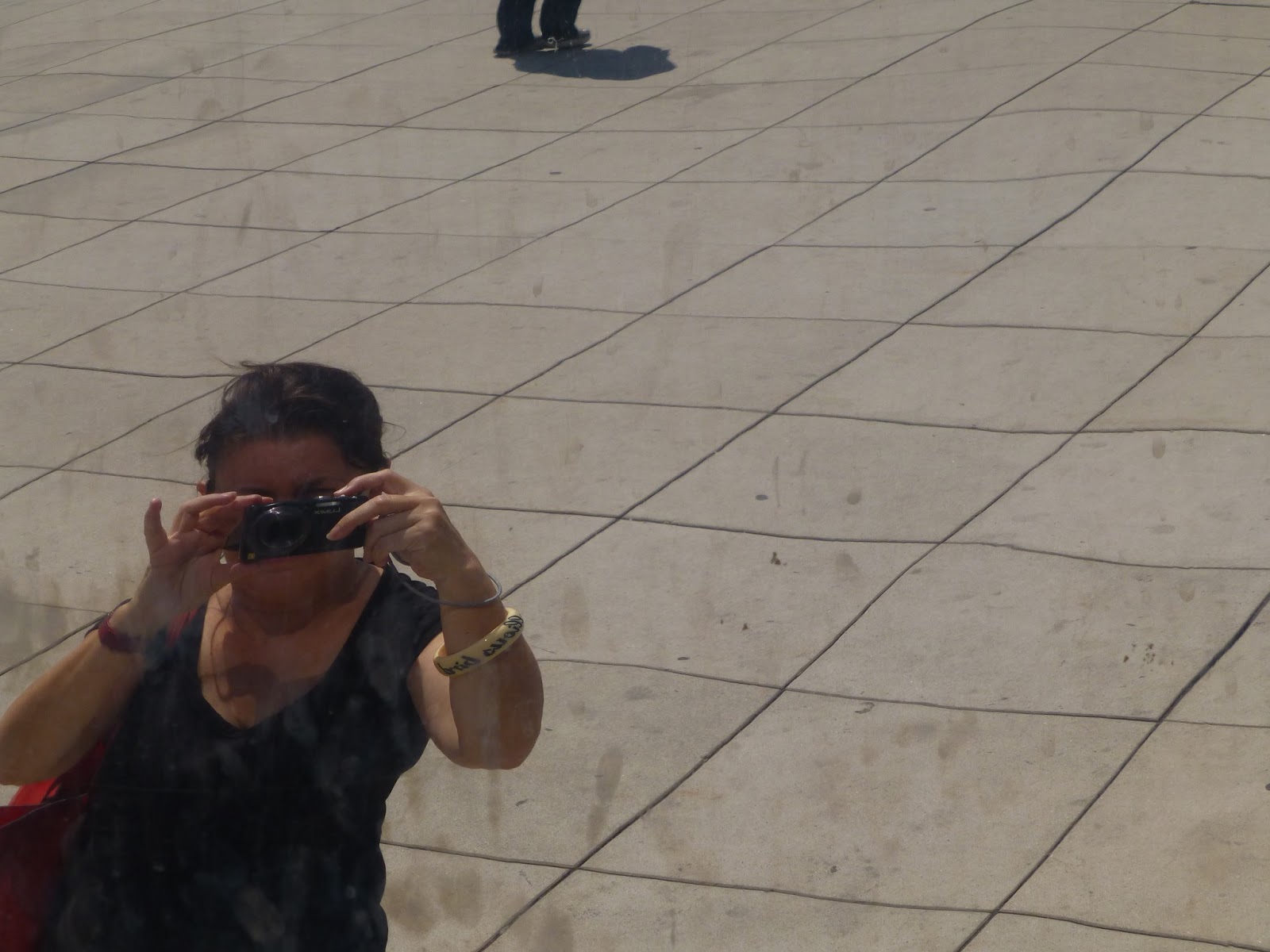 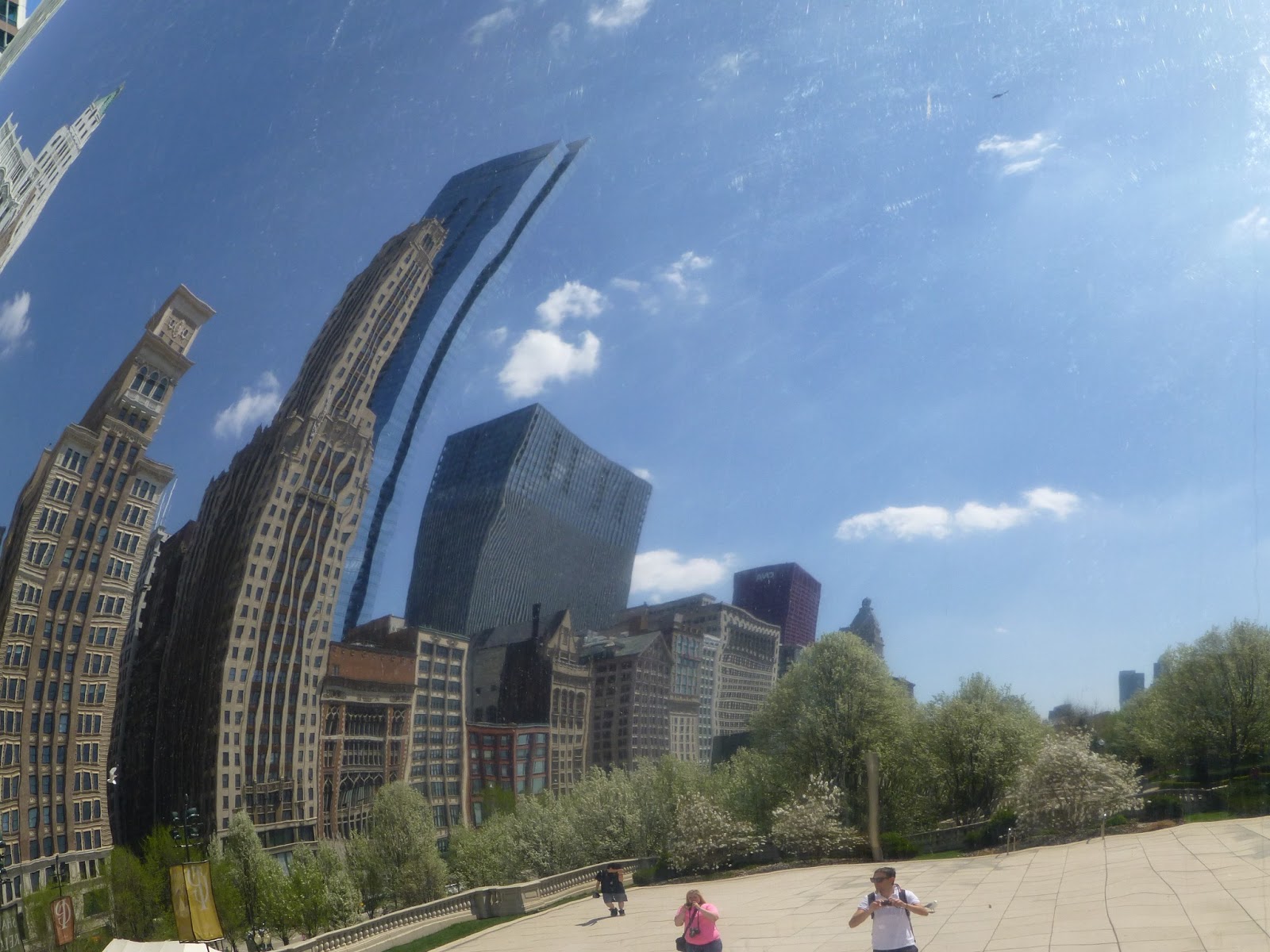 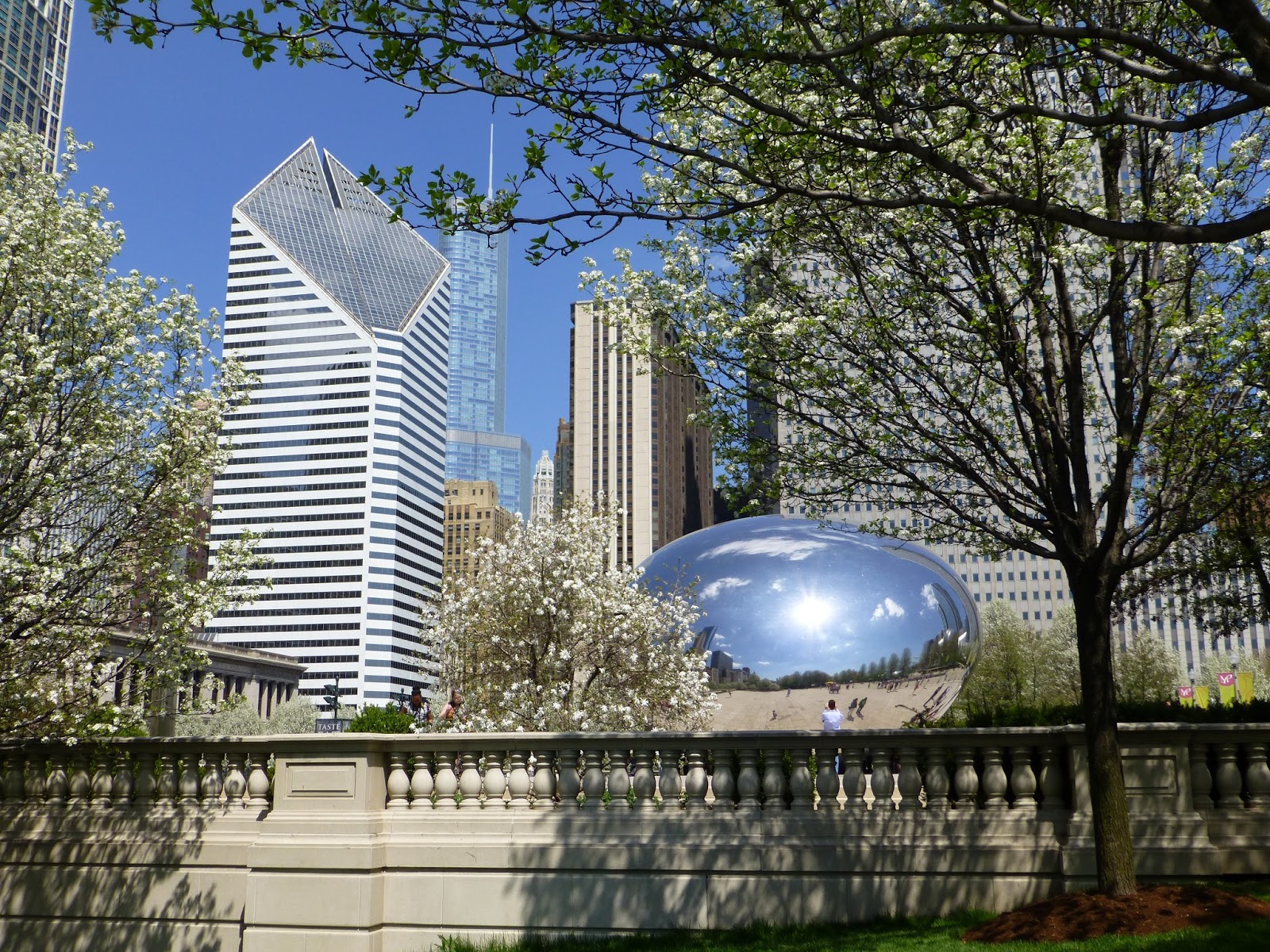 Posted by Annette Freeman at 1:49 PM