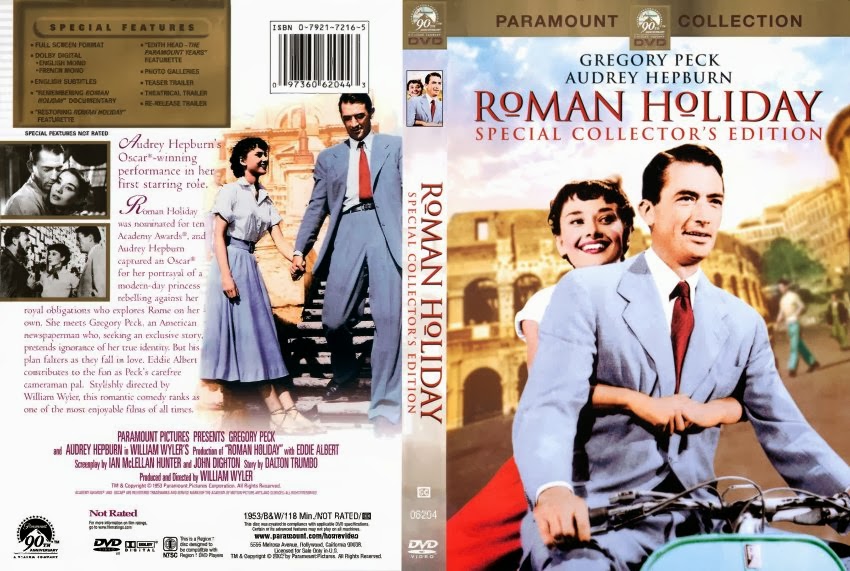 While on Holiday in Rome, I thought I should take some time to watch the 1953 move “Roman Holiday”, directed by William Wyler and starring Audrey Hepburn and Gregory Peck. I found it a nice bit of fluff. And it was interesting to spot the various Roman locations used in the movie, which proudly proclaims in the opening credits: “Filmed on location in Rome, Italy!”

These locations include, most famously, the Spanish steps; a cafe alongside the Pantheon (roughly where there is now a farmacia); the Colosseum; a boat on the Tiber; and a wild scooter ride through the streets.

Wiki tells the somewhat vapid story. Hepburn won an Academy Award as Best Actress for the role, which was her first major role.

The next day I thought I’d take a walk to the old church of Santa Maria in Cosmedin, which dates back to the 8th century (over Roman remains) and has a curious tall, square bell tower - more here. Inside, there’s a spooky crypt and a quiet, old atmosphere, and the relics of San Valentino. However, outside there’s a queue every day of about 50 or 60 people waiting patiently to...have their photo taken with their hands in the mouth of  large circular carving of a face hanging on the wall of the church’s portico. It’s known as “The Mouth of Truth” - La Bocca della Verità.

In the movie there’s a scene featuring this carving. Audrey Hepburn is afraid to put her hand in the mouth, but Gregory Peck puts his in and pretends it’s been bitten off (ha ha). (In the story line, both of them have been telling a few fibs).

It dawned on me that just about every other tourist in Rome that day had been watching “Roman Holiday”, despite it being a sixty-year-old B&W film - it's a 'classic', of course. Good thing I got around to it, or that crowd would still be a puzzle. 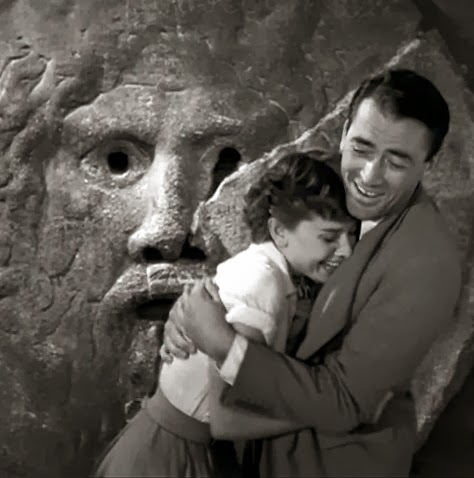 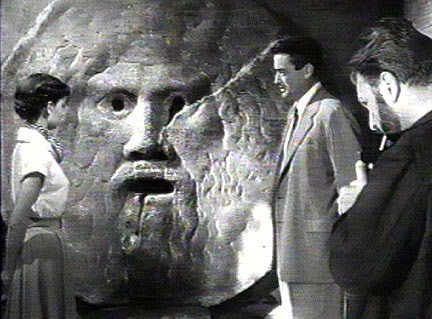 I didn’t queue to put my hand in the Mouth of Truth - it was possible to take a quick snap of the thing in between posing tourists. I adopted an amused distain - like Lonely Planet, which dismisses the face as “a recycled man-hole cover.” Wiki agrees:

“La Bocca della Verità (English: the Mouth of Truth) is an image, carved from Pavonazzo marble, of a man-like face, located in theportico of the church of Santa Maria in Cosmedin in Rome, Italy. The sculpture is thought to be part of a first-century ancient Romanfountain, or perhaps a manhole cover, portraying one of several possible pagan gods,[1] probably Oceanus. Most Romans believe that the 'Bocca' represents the ancient god of the river Tiber. The most famous characteristic of the Mouth, however, is its role as a lie detector. Starting from the Middle Ages, it was believed that if one told a lie with one's hand in the mouth of the sculpture, it would be bitten off. The piece was placed in the portico of the Santa Maria in Cosmedin in the 17th century.”

Plus more here. Some people take this seriously!

There was no queue for the interior of the church.

Posted by Annette Freeman at 6:48 AM