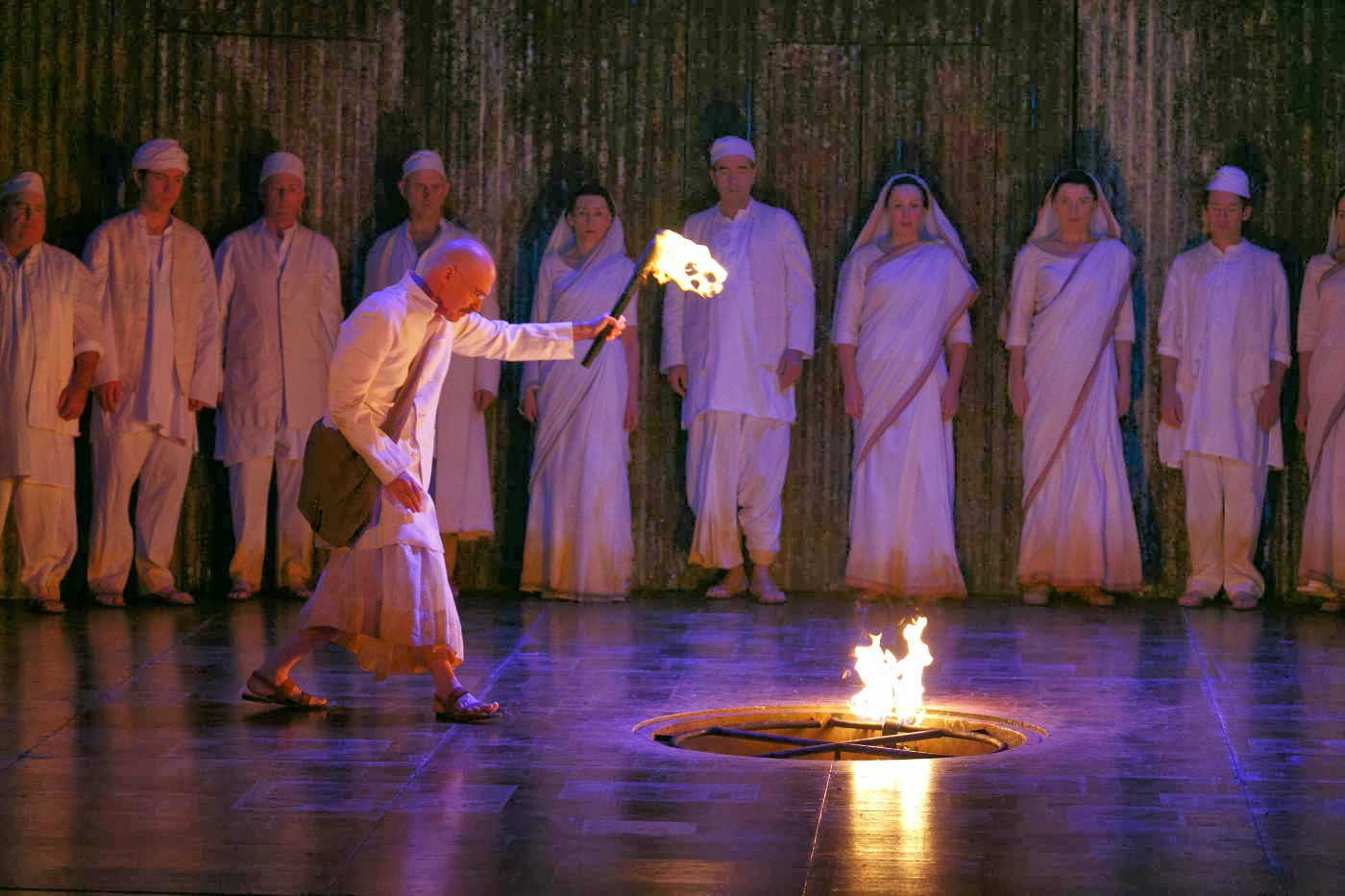 'Satyagraha' is defined by the Encyclopedia Britannica as:


Hindi: “insistence on truth” or “zeal for truth”) satyagraha [Credit: Ann Ronan Picture Library/Heritage-Images]concept introduced in the early 20th century by Mahatma Gandhi to designate a determined but nonviolent resistance to evil. Gandhi’s satyagraha became a major tool in the Indian struggle against British imperialism and has since been adopted by protest groups in other countries.

It's not a term that's caught on like a sound-bite, but Gandhi's application of the principal is certainly well-remembered. At the ENO in London I caught a performance of Phillip Glass's opera based on Gandhi's early struggles in South Africa. On the face of it, this opera might have turned out to be a challenge - over three hours of opera sung in Sanskrit with no surtitles. A friend who'd seen the production a few years ago (it is a co-production with The Met in NYC) described it as "meditative." Hmm.. As it turned out, the whole thing was dreamy, involving, uplifting and mesmerising. It was the first Phillip Glass opera I'd heard (and I hope not the last). The repetitive themes got into my mind. The sharp little changes kept me on my toes. 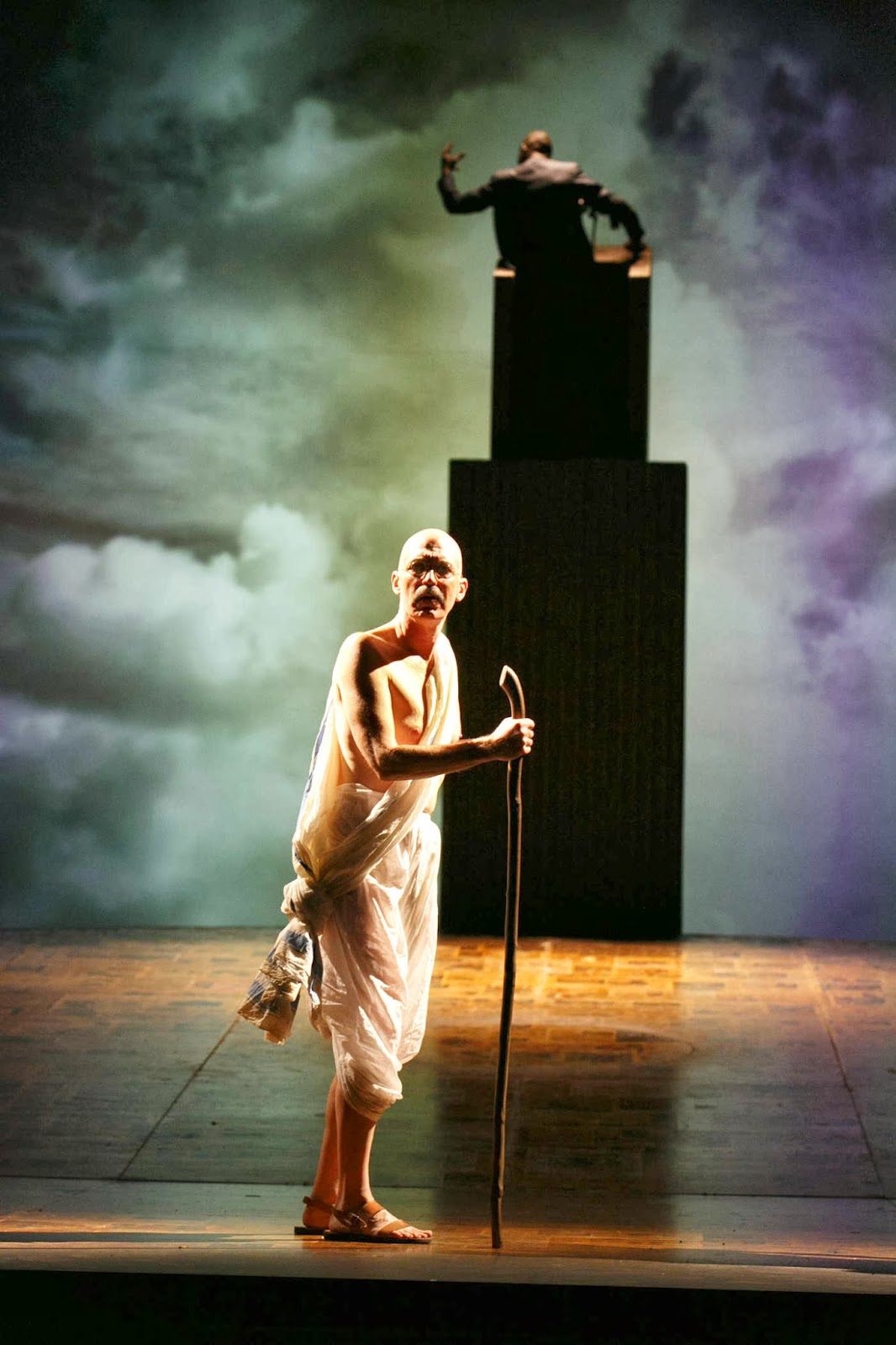 The cast? M.K.Gandhi was beautifully sung by Alan Oke; Miss Schlesen (his secretary) by Clare Eggington; and his wife Kasturbai by Stephanie Marshall. Everyone was good, I must say. The director was Phelim McDermott from a theate company called 'Improbable.' The production involves video, some extraordinary puppetry, and a number of acrobatics. In fact, the staging, I'd heard, was some of the best ever, and I did enjoy it. However, it's the strange music that has stayed with me. Hypnotic.

The opera text is adapted from the text of the Bhagavada Gita by Constance de Jong. Phillip Glass composed it 1980. This production dates from 2007. The 'action' jumps about in time, so that the Acts highlight different incidents in Gandhi's South African career, in a time-jumbled order. I found it helpful to have some idea of where and when we were. These are my notes from the program, with my own bits and pieces:

But even so, when I looked up the opera on Phillip Glass's web site I see that I missed a few things:


"Each act is dominated by a single historic figure (non-singing role) overlooking the action from above: the Indian poet Ravindranath Tagore in Act I the Russian author Leo Tolstoy in Act II, the American Civil Rights leader Martin Luther King, Jr in Act III." 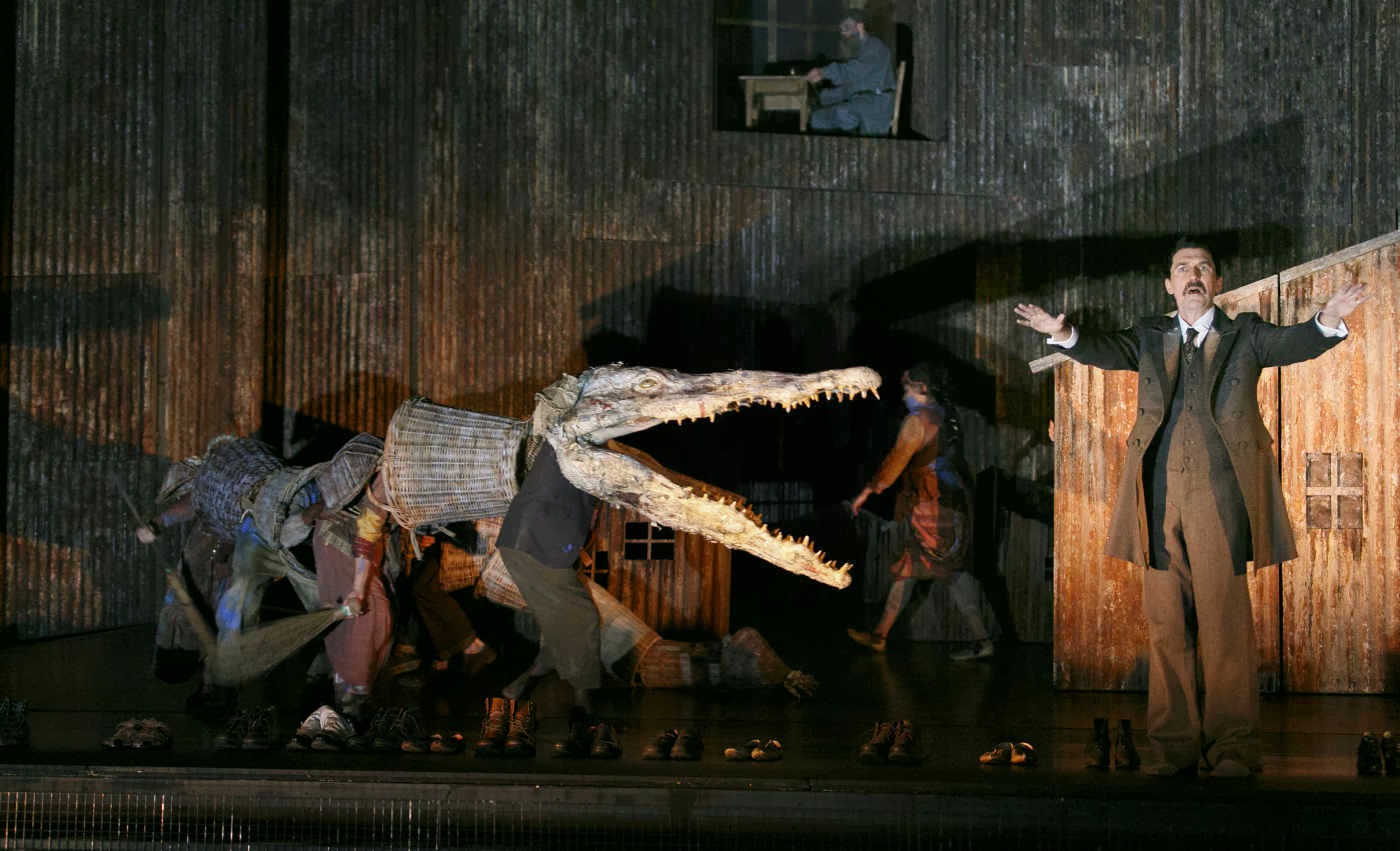 "Satyagraha makes demands of its audience. Though not as long as the five-hour Einstein on the Beach, which Glass wrote four years earlier, it is fundamentally a reflective work. Although more operatic than Einstein, not much happens in its three acts, in a conventional narrative sense. There is no dialogue. The text, sung by the principals and the excellent chorus, is entirely in Sanskrit, adapted from the Bhagavad Gita. The music, famously so, is patterned and repetitive. The work has to be taken on its own terms."

Images from ENO website.
Posted by Annette Freeman at 6:40 AM