In my family, we have a prospective Bride. This is of course very exciting (especially for the prospective Groom, I’m sure) but it has also provoked lots of dinner-table (and cafe table and lunch table and pub drinks) discussions about wedding traditions and rituals. One interesting one that took centre stage recently was that of the “Bridal Shower”.


And it was so totally a SURPRISE!


According to Wikipedia, historically the whole point of a Bridal Shower was to “shower” the bride with gifts, a custom arising from that of the dowry, perhaps where a poor bride had no dowry, or her mean father wouldn’t provide one because he disapproved of the groom. The gifts at the original Bridal Showers were intended to help the wedding actually go ahead, rather than to provide gifts for the the Bride in her new married life. 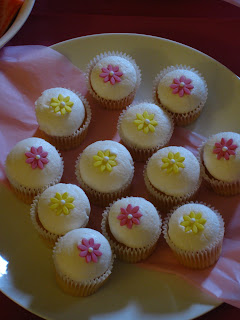 There is also some suggestion that the practice is related to filling the prospective Bride’s excitingly-named “Hope Chest” -- that receptacle in which Brides used to keep all those little odds and ends with which they planned to set up their prospective home, often gathered far in advance of the appearance of the prospective Groom. As the Girls Scouts might say, “Be Prepared”.


And what, I hear you ask, of the “Kitchen Tea”? This is a closely-related event, just like a Bridal Shower, but with the focus on helping to adequately equip the Bride’s kitchen. The Bridal Shower should also not be confused with the ‘Hen’s Night’ or ‘Bachelorette Party’, an idea stolen from the boys and an occasion for drinking, carousing, skinny-dipping and loads of tasteless sexual innuendo. That’s later. Then there are “Baby Showers” -- but that is getting waaaay ahead of ourselves.....
The Bridal Shower is principally an anglophone Western tradition. Its roots go back a couple of centuries in the dowry-related rituals, but in its modern form the Bridal Shower can be traced to the USA in around the 1890s. The term “shower” may derive from the custom in Victorian times for the presents to be put inside a parasol, which when opened would "shower" the Bride-to-Be with gifts. (Cute idea, girls - we missed a trick there).
The hostesses for the Bridal Shower are usually close girlfriends of the Bride, most usually the Bridesmaids - this was so at our recent Bridal Shower, and an excellent job they did too. Wikipedia says that mothers, sisters, and other close family members should not host Bridal Showers, as it is rude and greedy for the family to ask for gifts for their own members. Ho!

As a psychological analysis, you might be interested to know that sociologists like Beth Montemurro write that the ritual of the Bridal Shower "socializes women into the hyper-feminized traditional wife role," with its emphasis on the future role of the Bride-to-Be as family cook, homemaker, and sexual partner.” (But there was no funny stuff at our Shower, I swear it.) In some immigrant communities in Canada, Bridal Showers have been held in community halls with up to 300 guests. In the UK showers are considered to be a “consumerist American Idea” and everyone prefers that you stick to the gift list and have the shop deliver your present, thank you very much.
Our Shower reflected these traditions only in the loosest sense. Yes, folks, we’ve certainly moved on from all that kitchen/dowry stuff -- now we dress the Bride in toilet paper and even invite the Groom (albeit present only on video). Today’s Bridal Shower is a fun occasion for the females of the Bride’s circle to congratulate her, roast her, toast her and send her on her way with a glossy cookbook and plenty of good wine.
In addition to the interesting idea of constructing a wedding dress entirely from toilet paper (and I’m not going to provide a psychological analysis of that one) our Bridesmaids also came through with some thought-provoking games: quizzes on wedding related themes, with everyone’s favourite being “How Well Do You Know The Groom?” I am pleased to report that the Bride and the Groom’s Mother scored equal points on that one. The answers were given straight from the horse’s - er, Groom’s - mouth, via pre-recorded video, bringing the Lucky Man right into the lounge room with us. We all waited with bated breath, our answer sheets in one hand and our champagne glasses in the other, for the answer to the question “What does the Groom love most about his Bride?” The answer (I know you are wondering) was something called “foot attack”. (Yes, I’m still wondering too). The Bride had answered “everything”. We paid that one.

What IS that about?


There were sweet video messages from one absent bridesmaid, bottles of wine carefully selected for various occasions in the Couple’s future married life, e.g. First Anniversary, First Pregnancy Announcement - non-alcoholic of course - and First Fight (oops! was there one for ‘First Fight’? If not, there should have been).


Refreshments included the aforementioned champagne (of which the Bride drank far too much), pastel-iced lamingtons (an idea whose time has come), cupcakes, sweets...you get the picture. Alcohol, sugar, games, women -- I bet you wish you were there.


We even had a baby boy present (you see what happens when you get married?), although when someone took his photo wearing a pink fluffy bridal tiara and mailed it to his father, there was a stern reply requesting that the child be removed from our company forthwith and restored to the manly bosom of his dad at the pub.


We all wrote some words of wisdom in a little book, so that the Bride could consult it once she was sober. I reminded her to always order the souffle if one is on offer. Others had more serious words to say. When I finally left the party, everyone was sitting on the floor, surrounded by shredded toilet paper, talking earnestly and drunkenly about their childhoods. In all, a very successful Bridal Shower which can only bode well for the Future Couple. Congratulations Sophie & Dan!
Posted by Annette Freeman at 6:11 PM

Email ThisBlogThis!Share to TwitterShare to FacebookShare to Pinterest
Labels: Family, Sophie and Dan