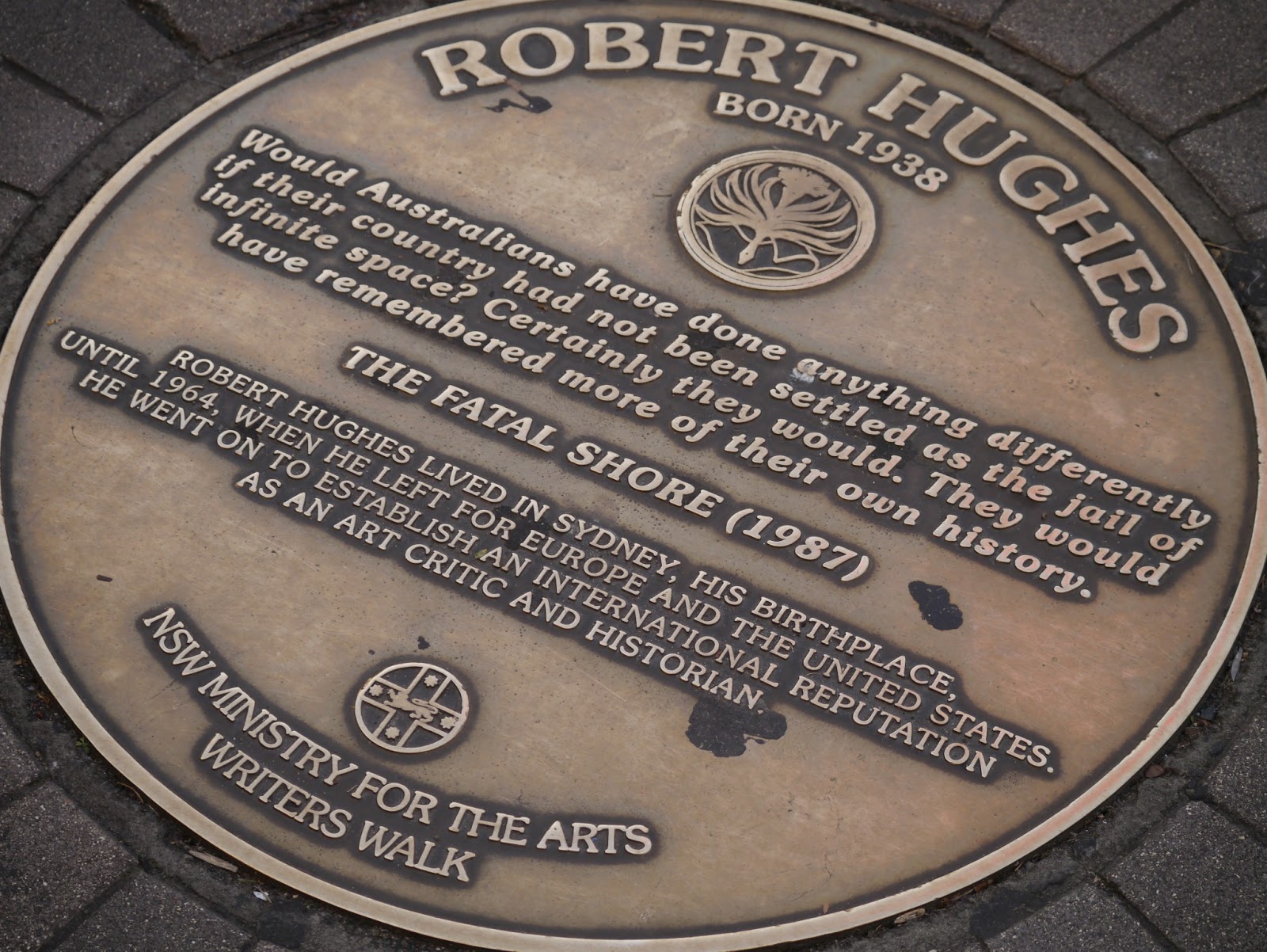 Walking along Circular Quay on the route past the ferries to the Sydney Opera House, I'd noticed the metal discs in the ground with inscriptions. I was vaguely aware that they commemorated the work of Australian writers...and one day I took a closer look. Yes - there were a few personal favourites; Robert Hughes, Peter Carey, Judith Wright, Thomas Keneally, and of course Dorothea MacKellar. It soon became a bit addictive. I spent a happy half-hour making sure I read them all -- though I think I missed a few. For example, I know I didn't find the new ones added in 2011.

In addition to Aussie writers, a few honorary Australians are included, by dint of having written something interesting about the country. The inscriptions give snippets of the writers' work, from 'I love a sunburnt country' to deep and meaningful, to Barry Humphries' ditty to a meat pie.

A walk along the Walk makes for a pleasant visit, and if you along a literary take a companion you can argue about who should have bene included, who shouldn't, and why.

This site gives a link to a mobile app so that you can take along a guide, though really what could be easier than wandering, reading and contemplating? 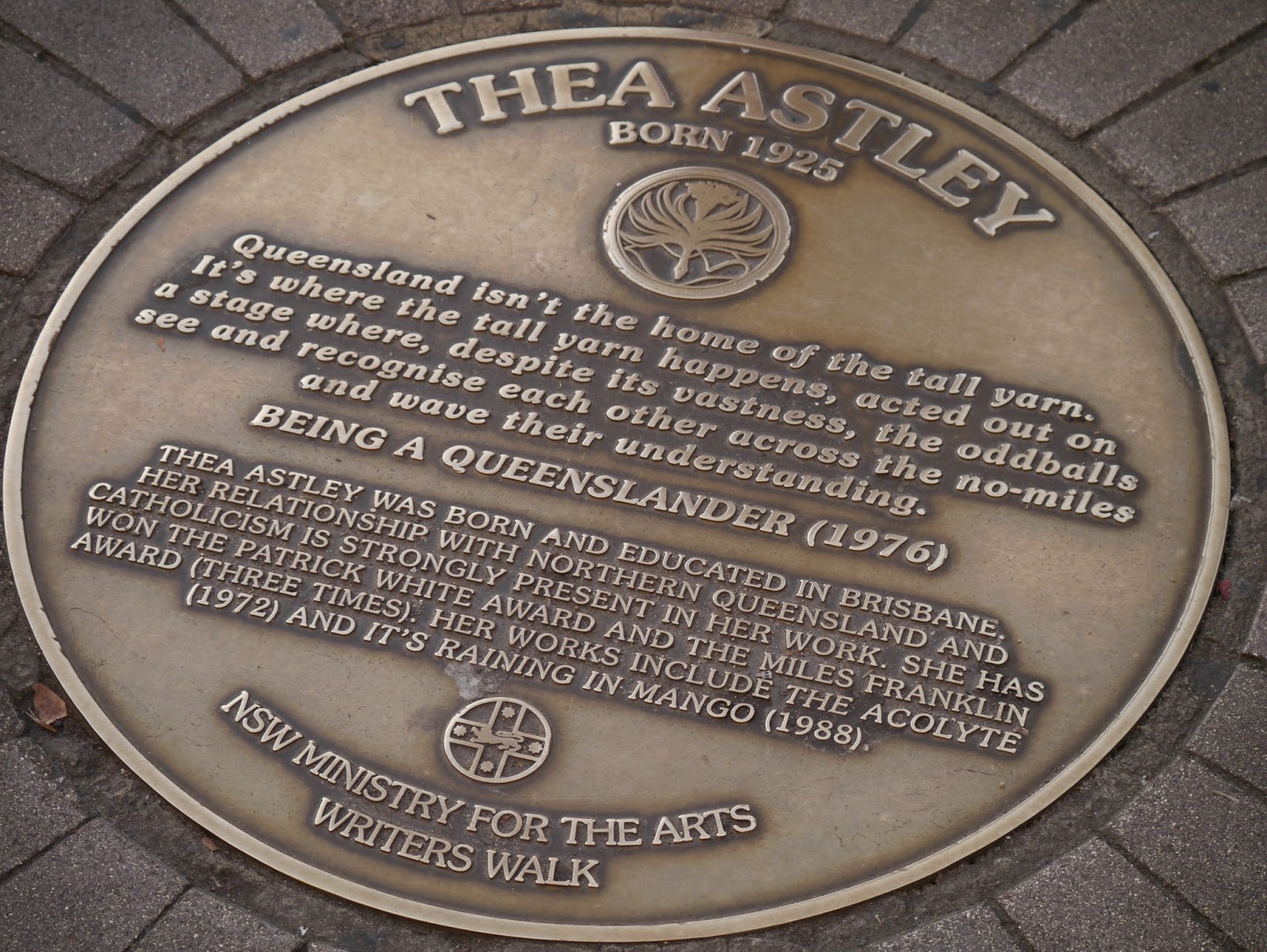 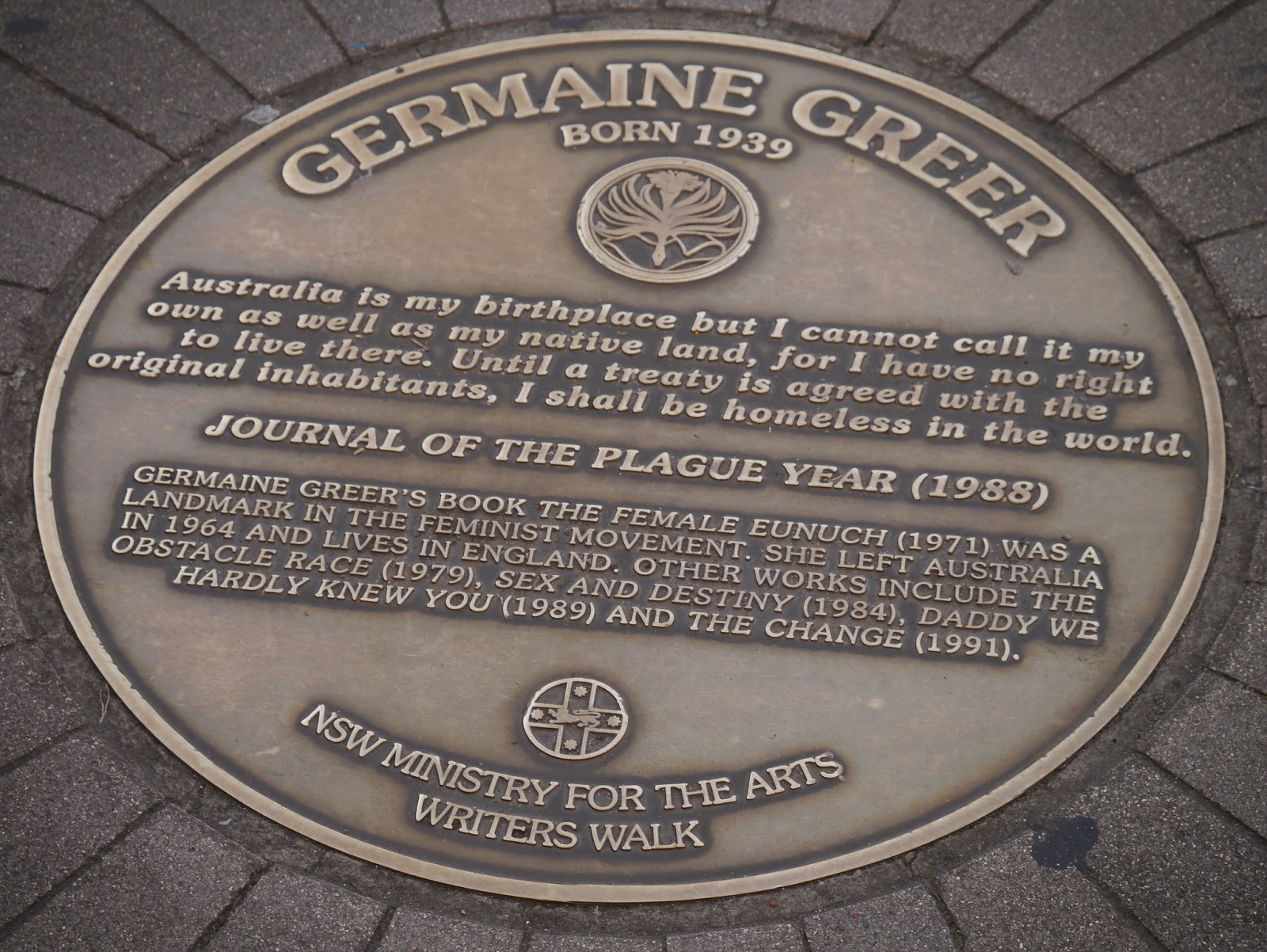 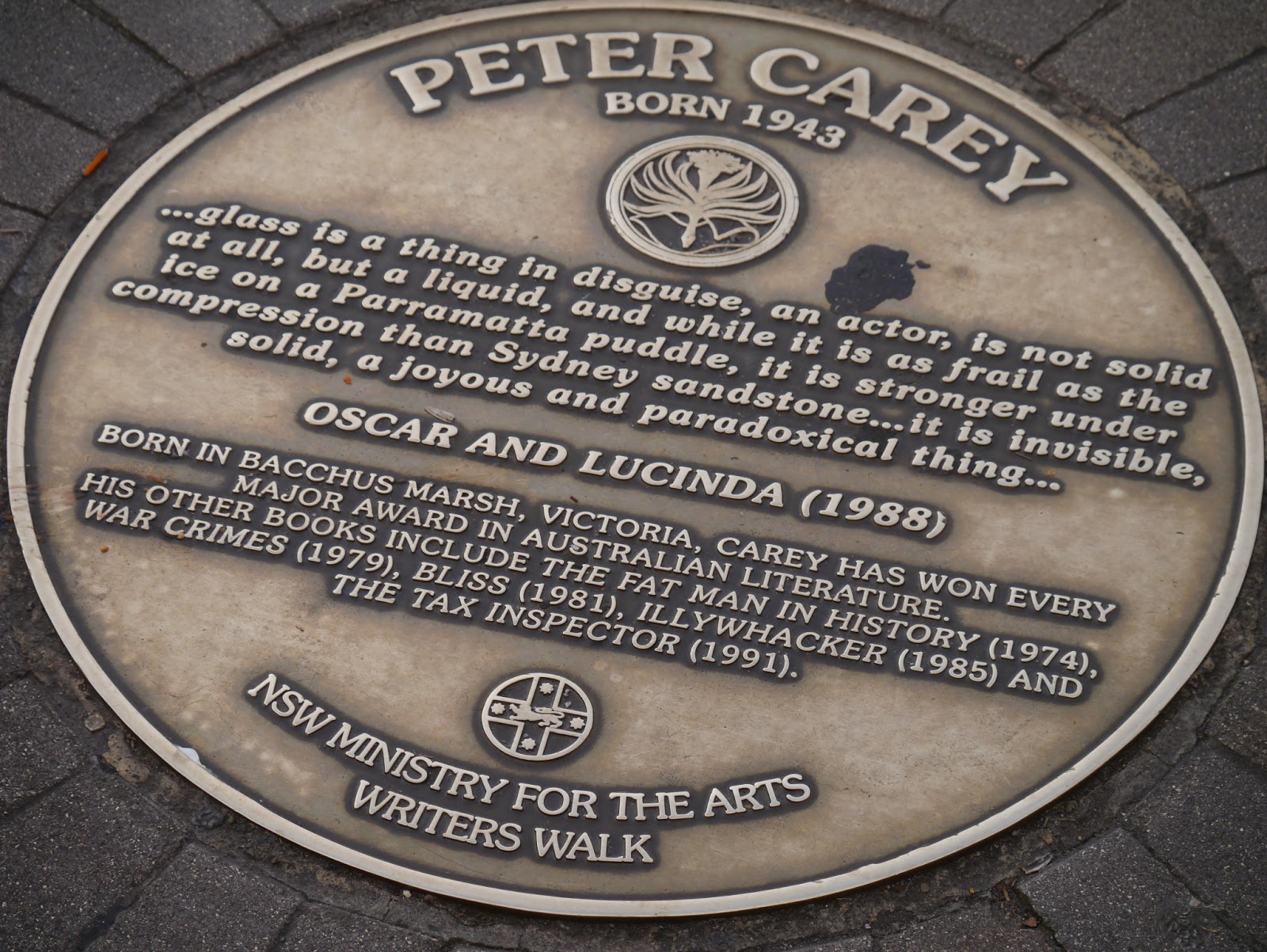 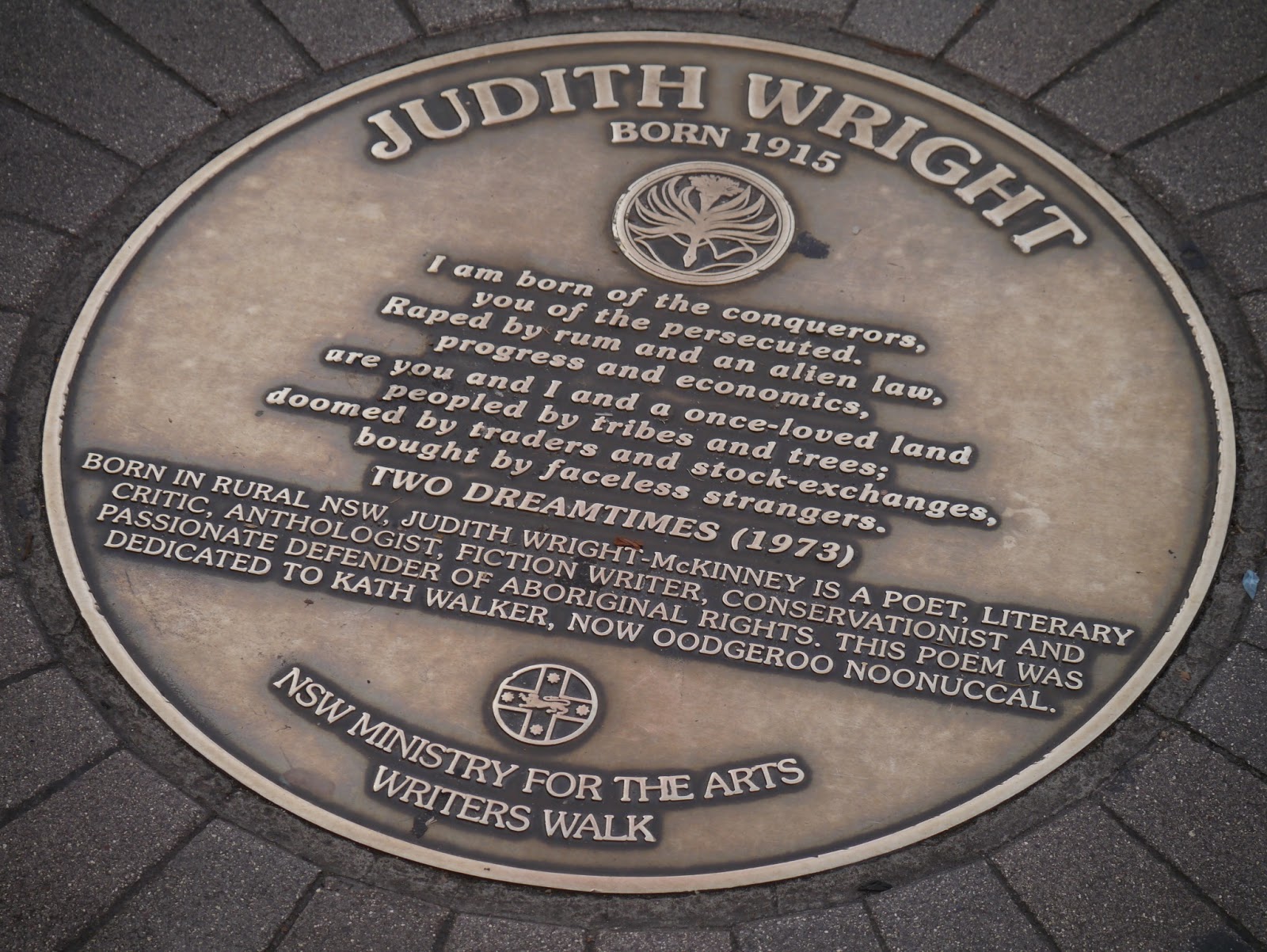 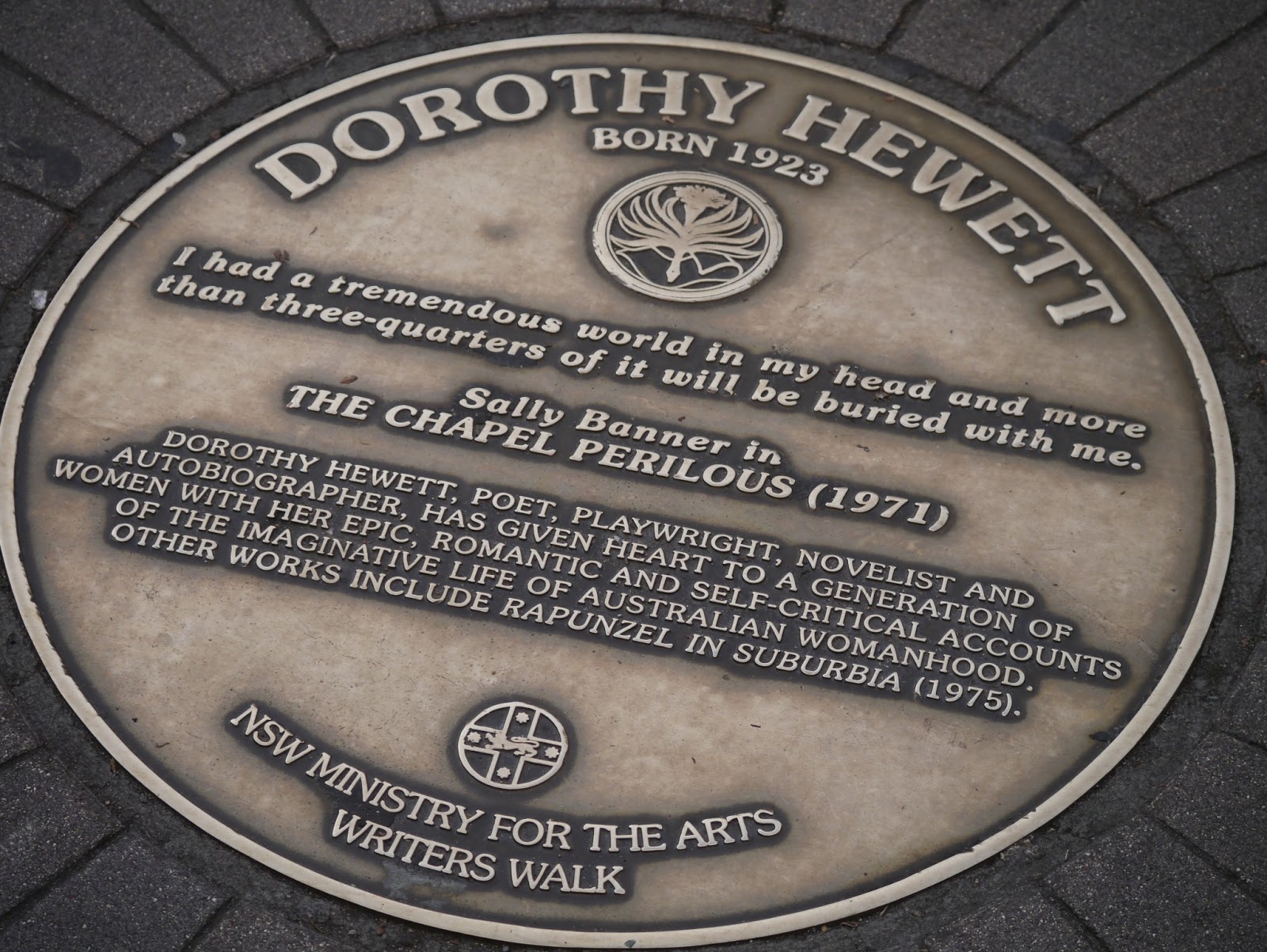 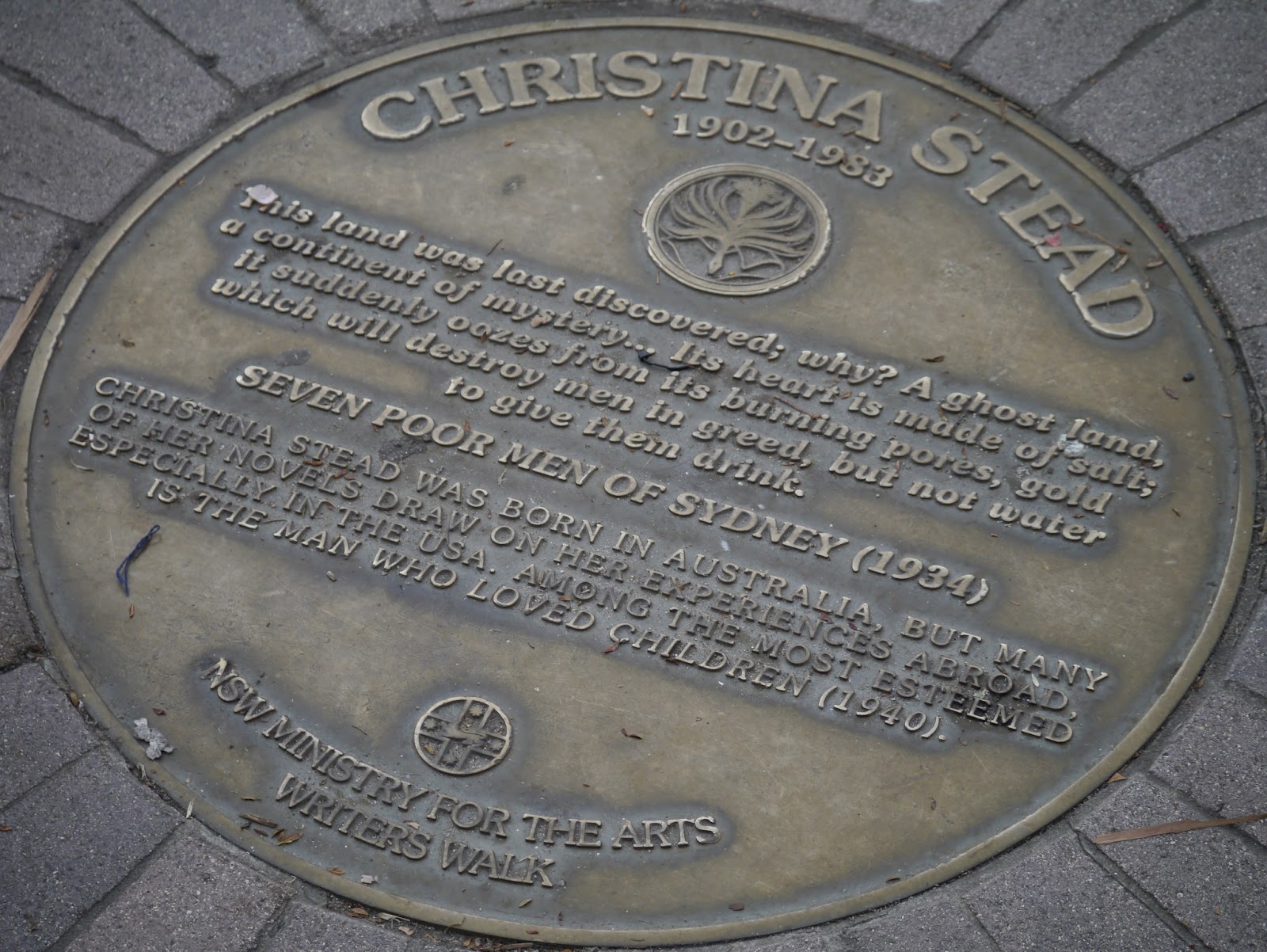 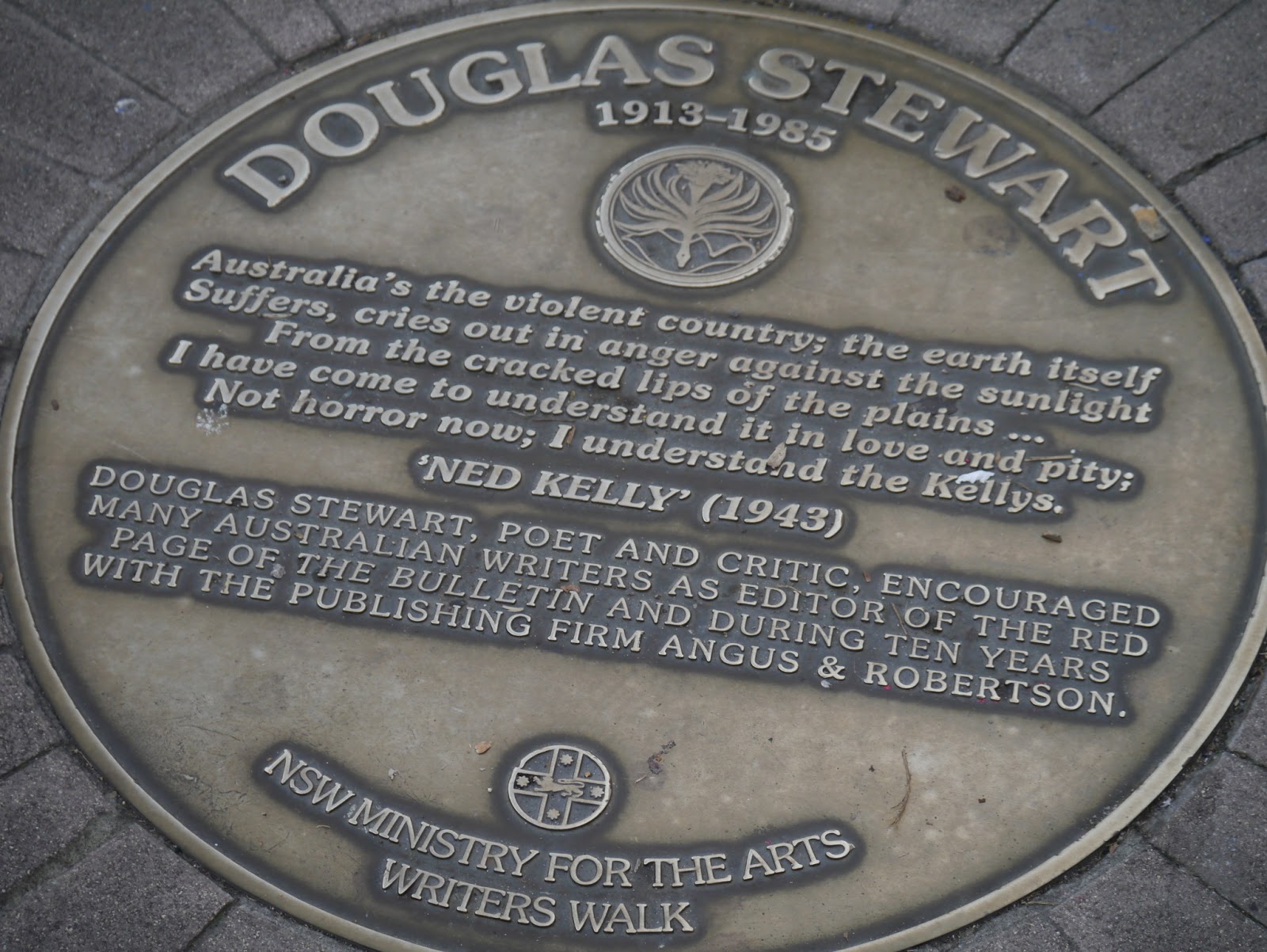 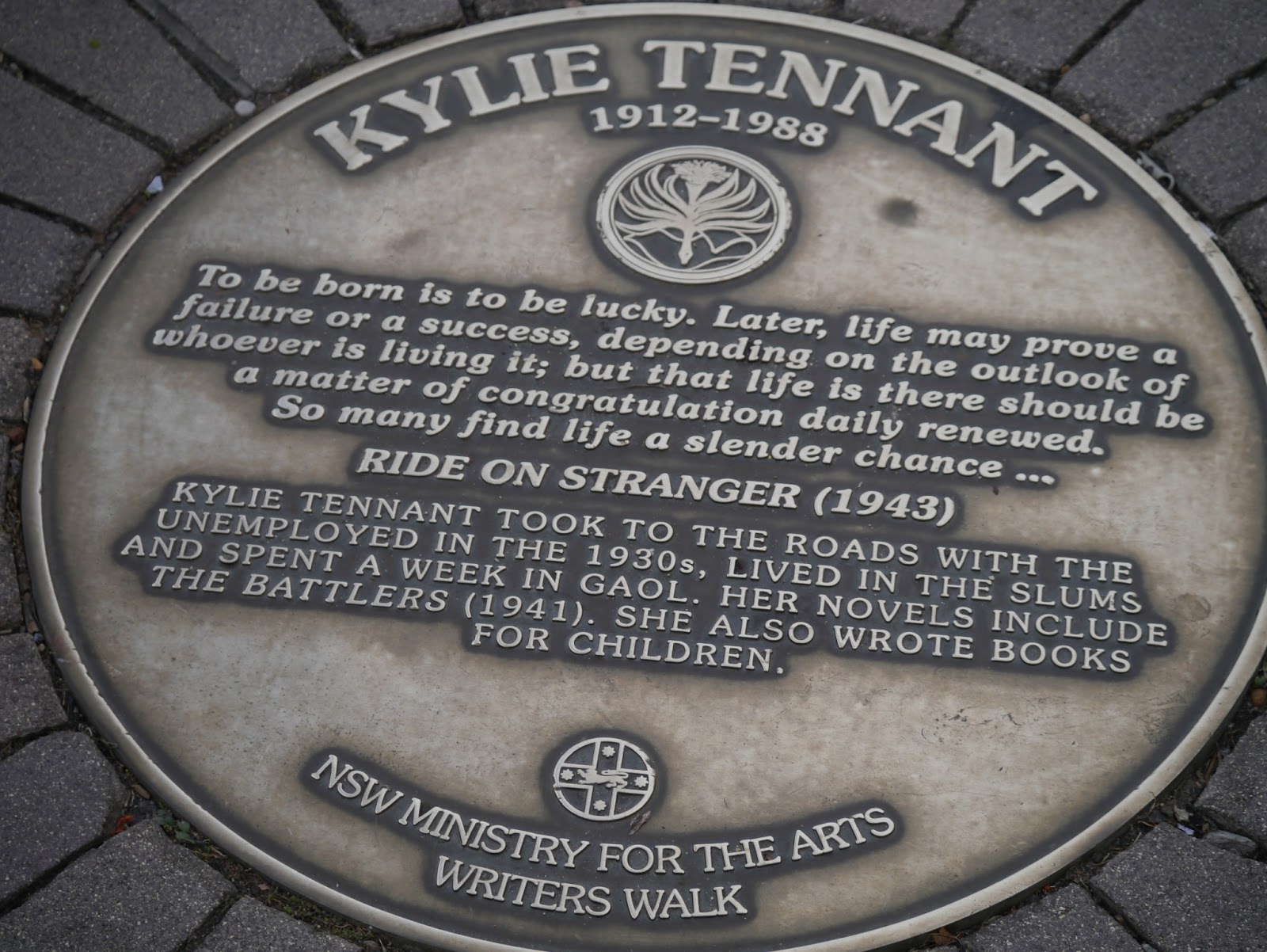 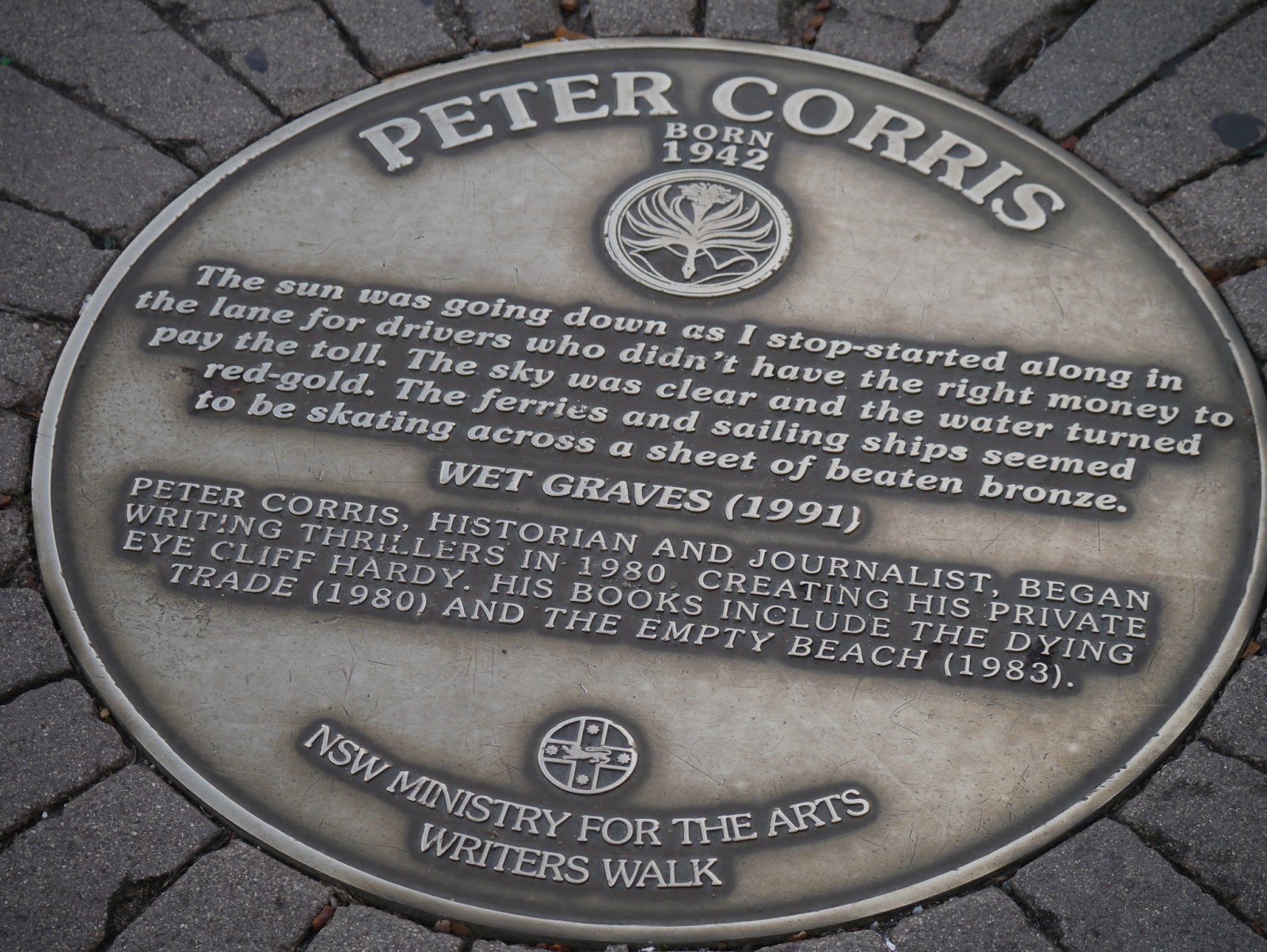 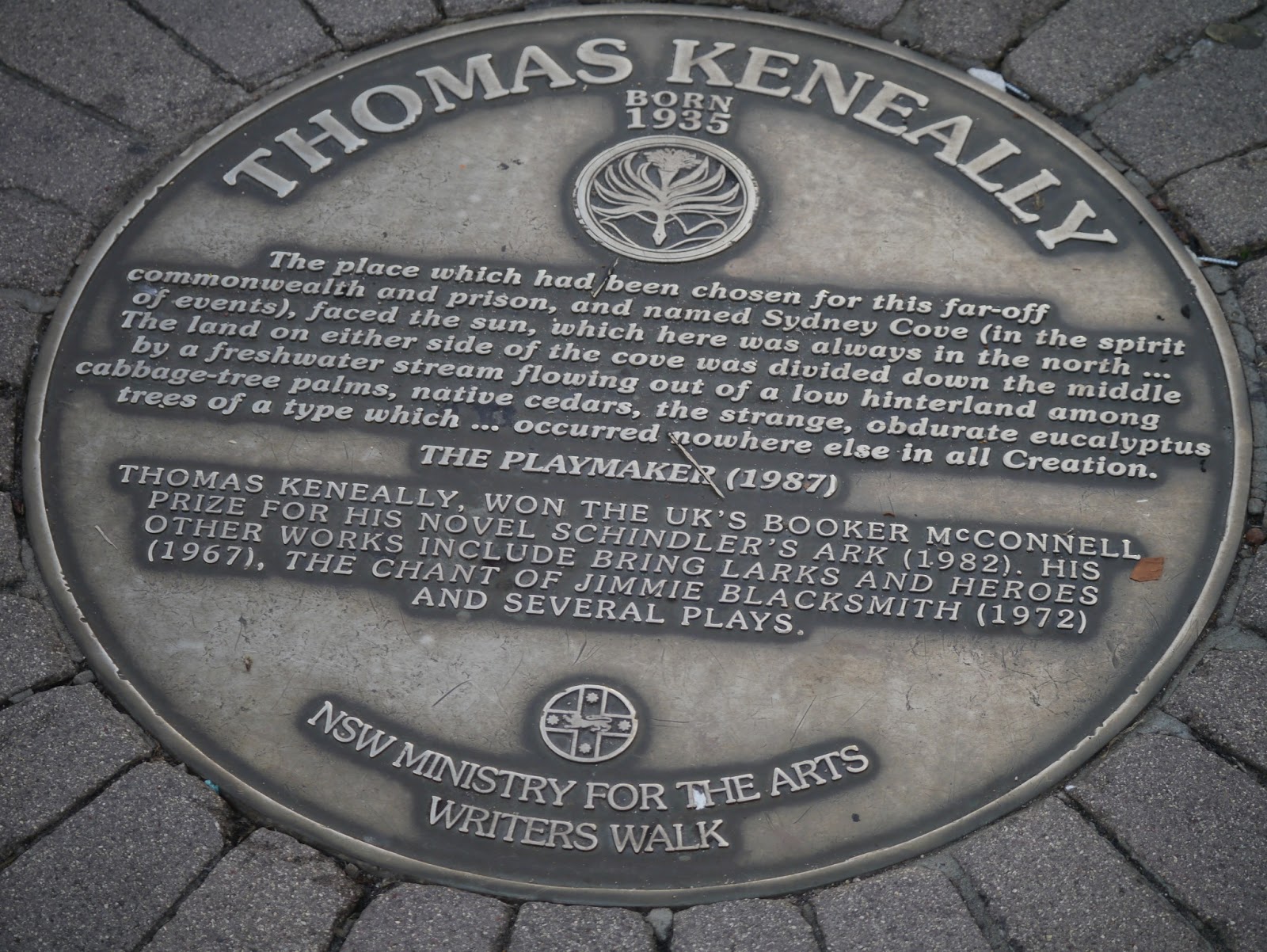 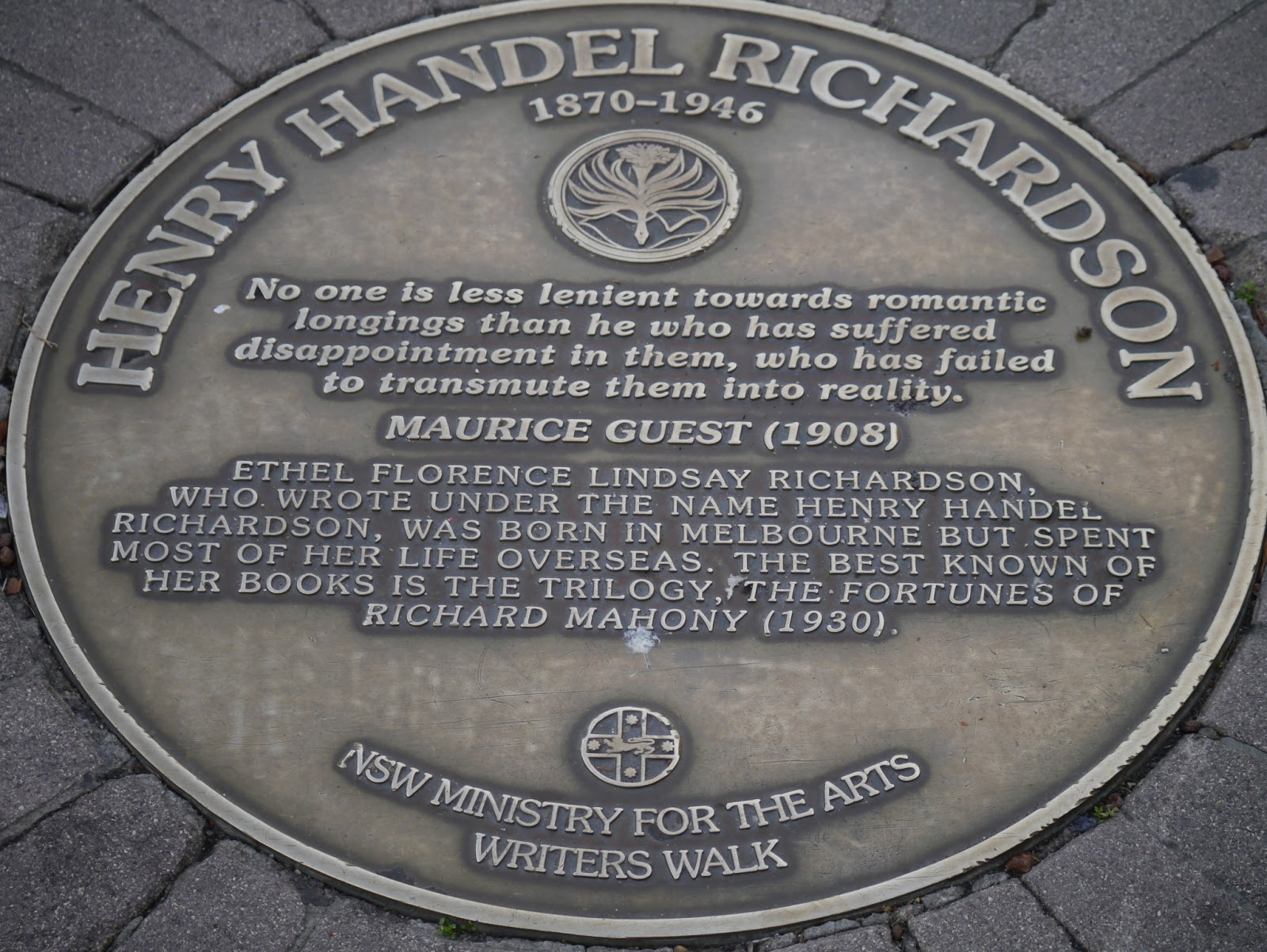 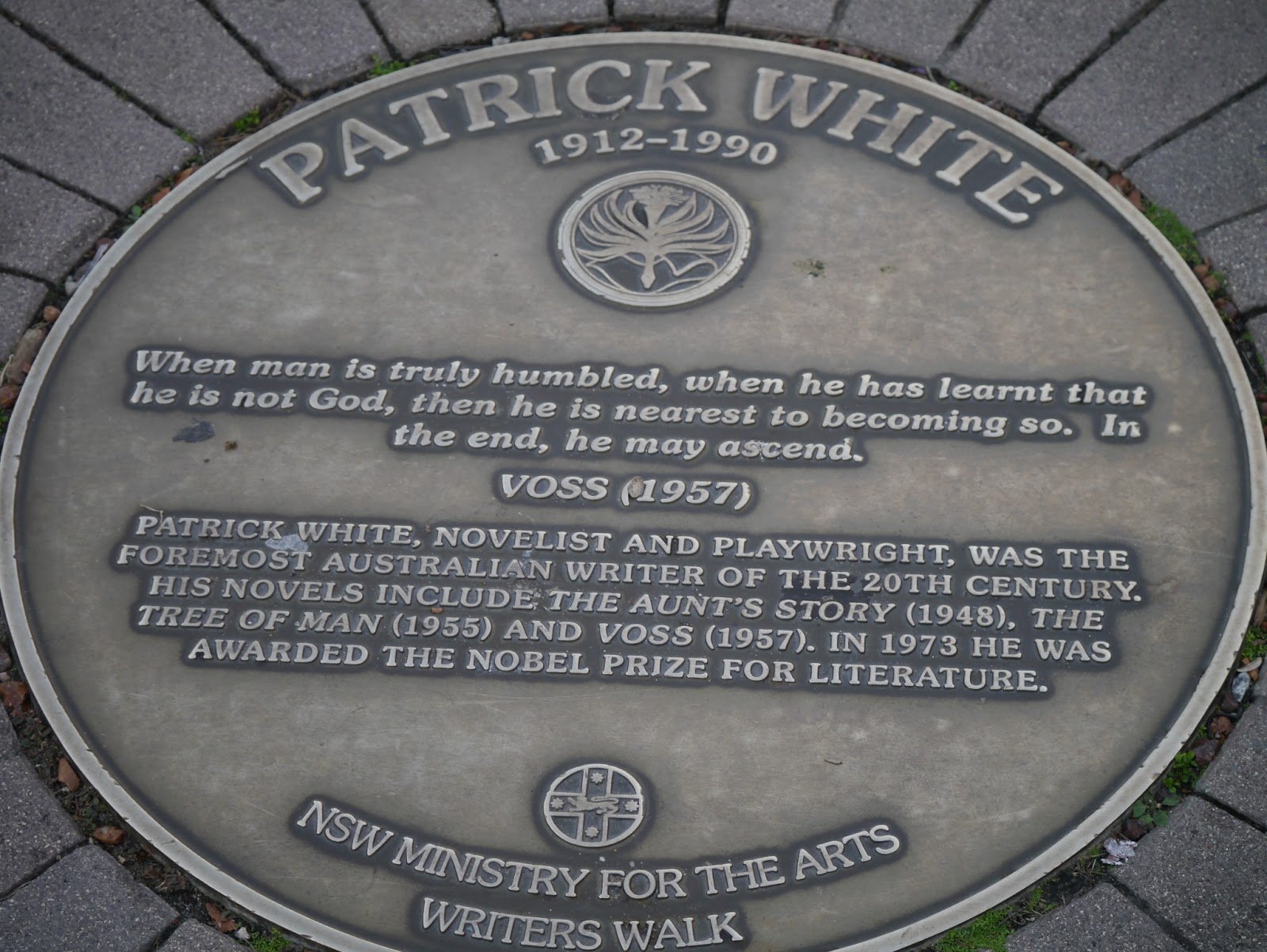 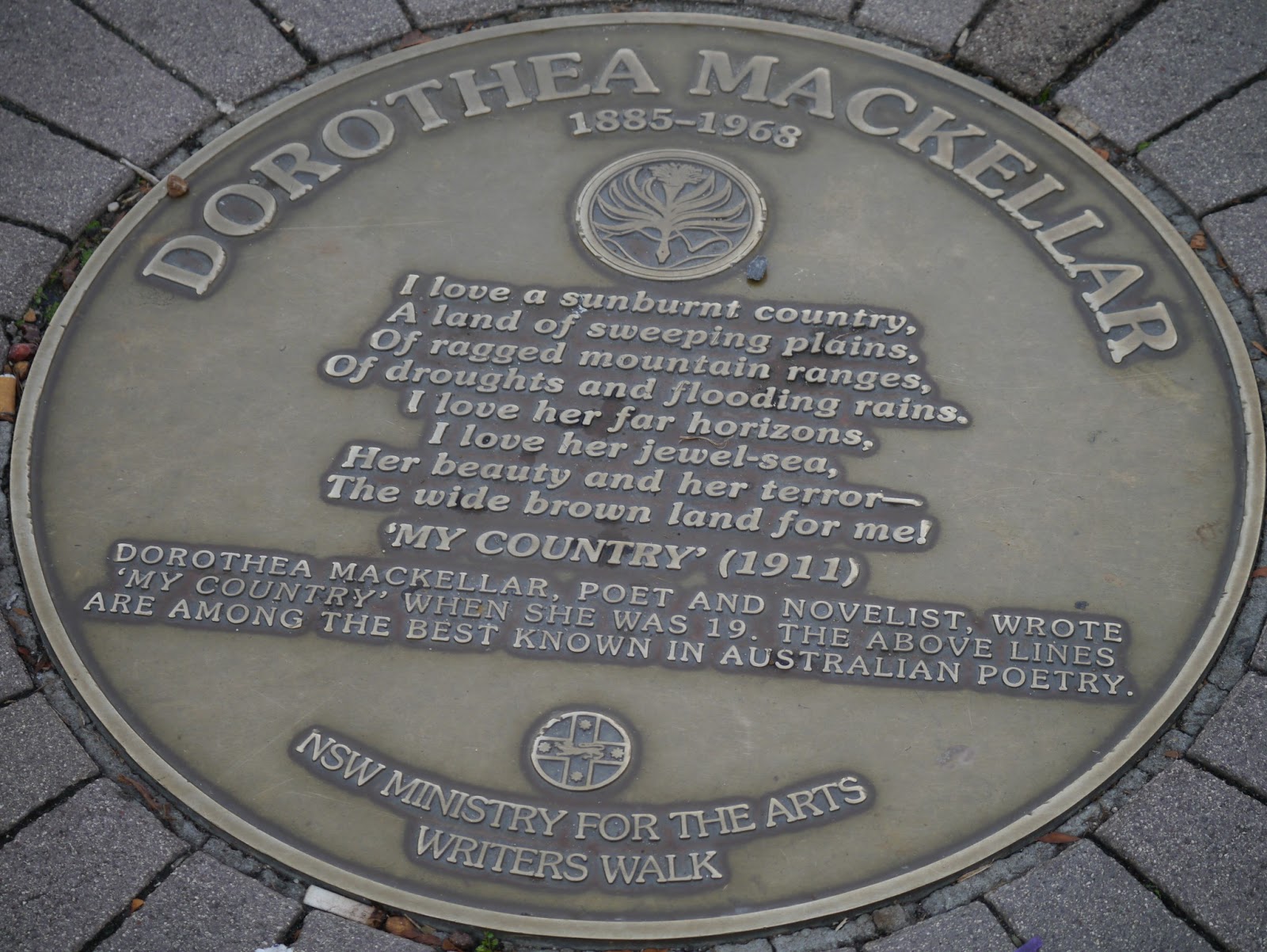 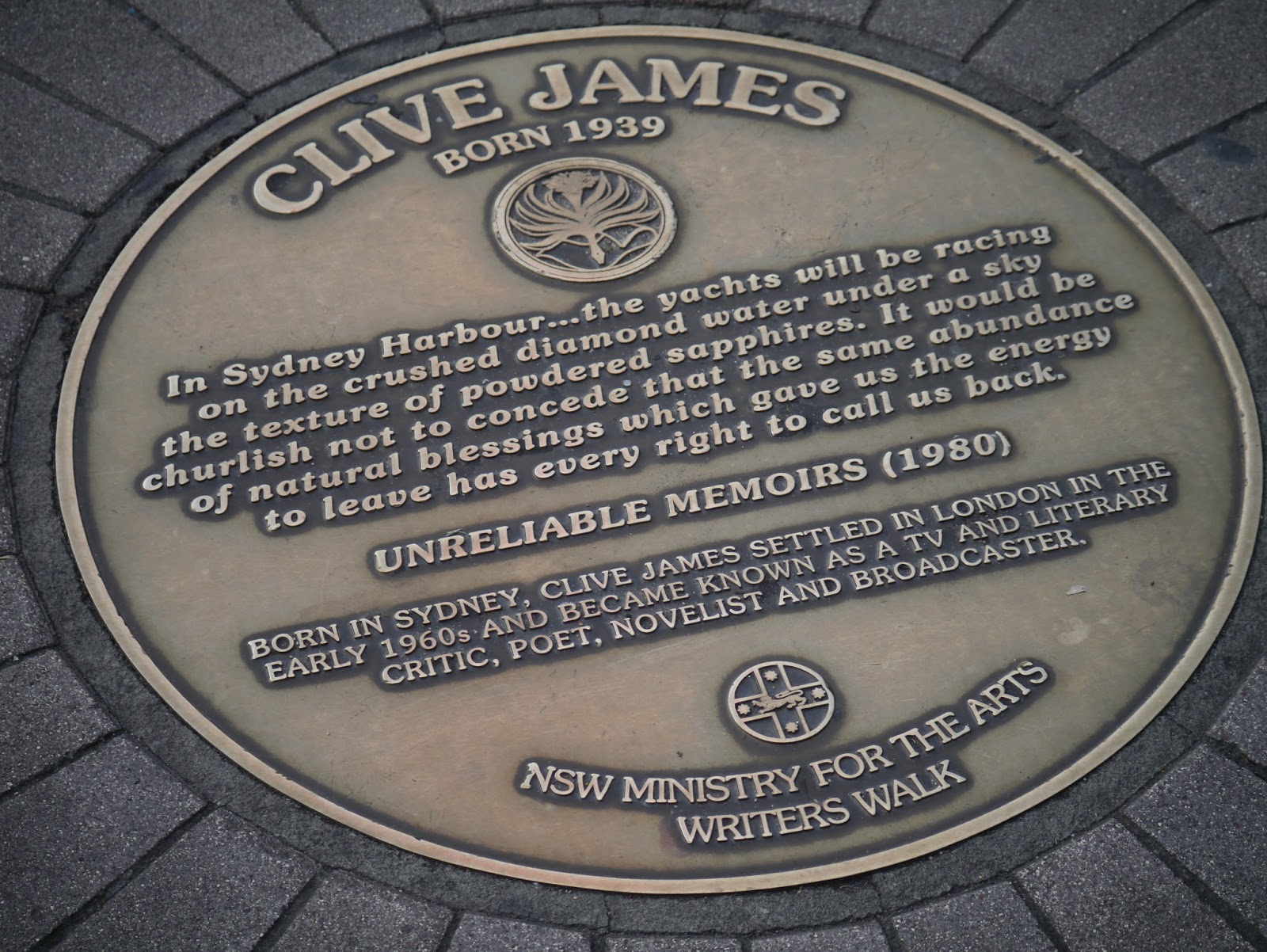 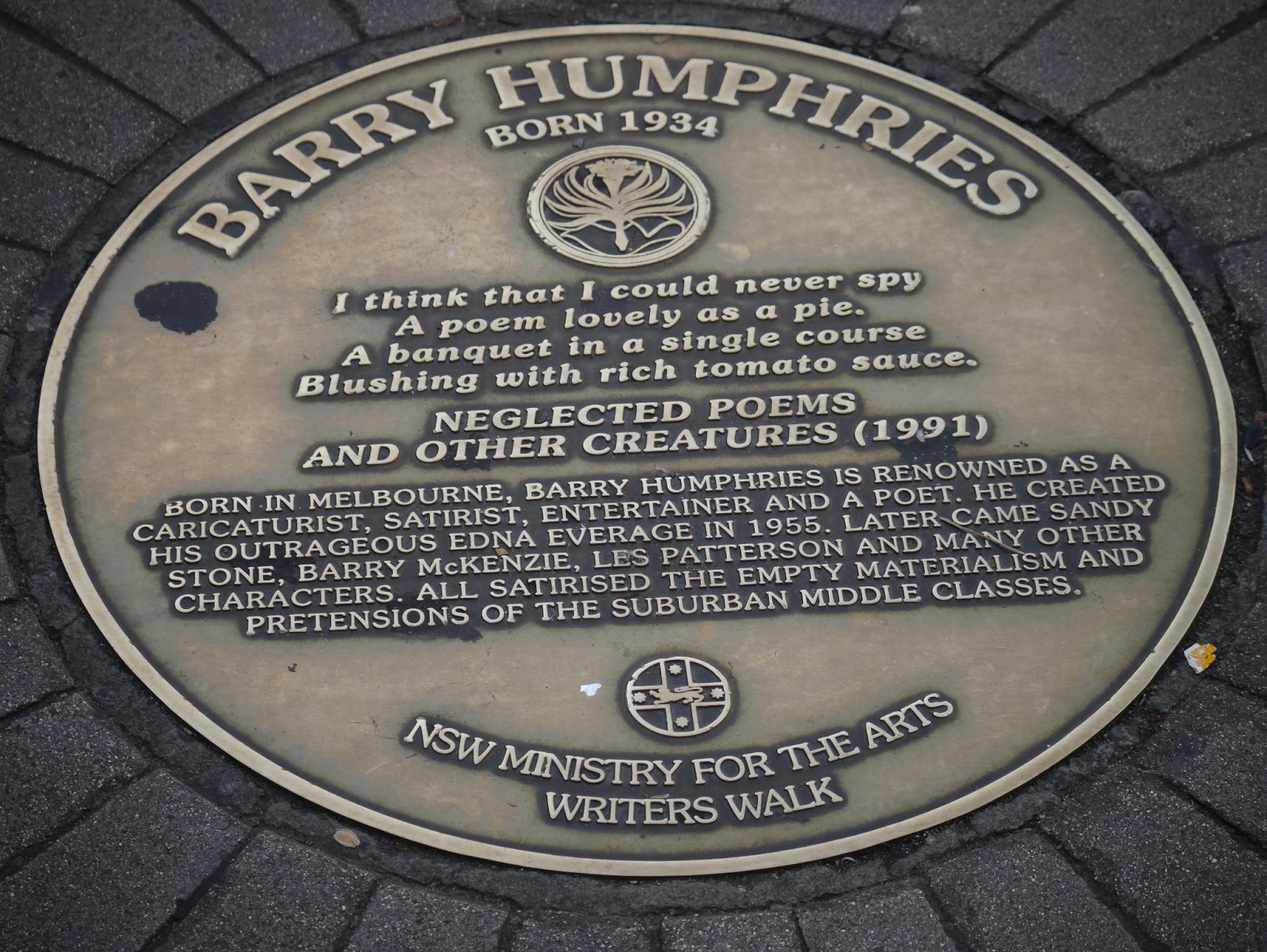 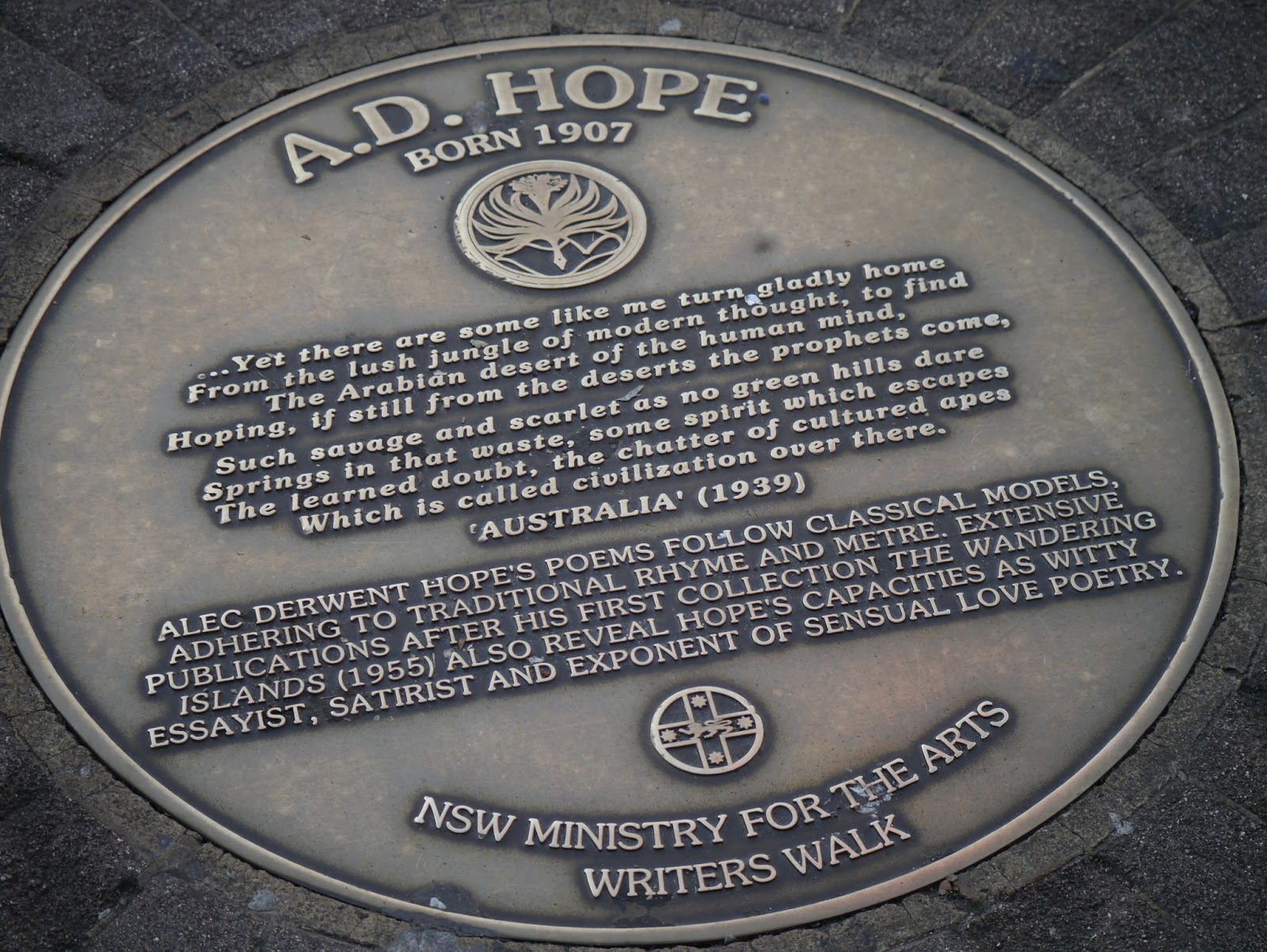 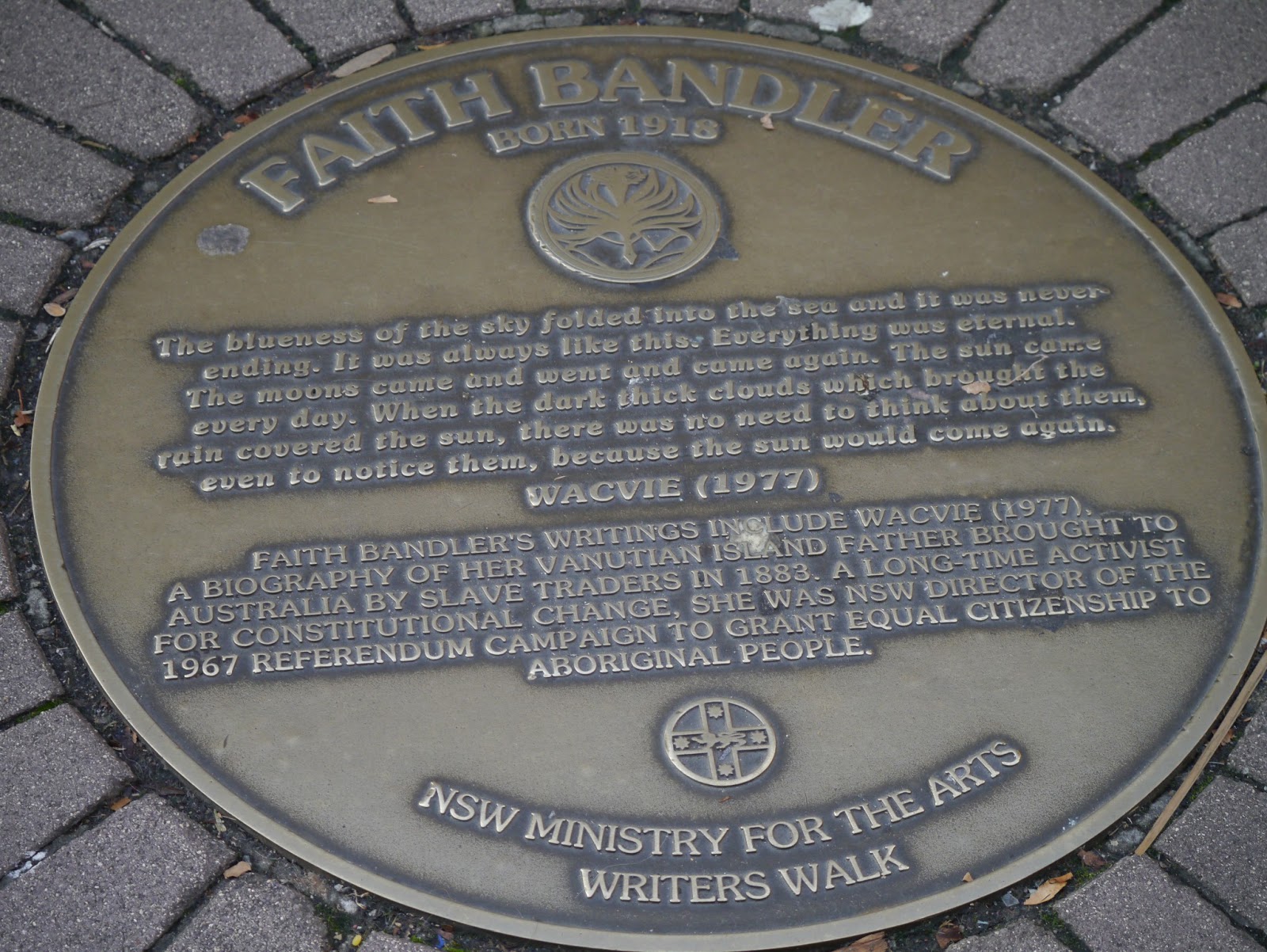 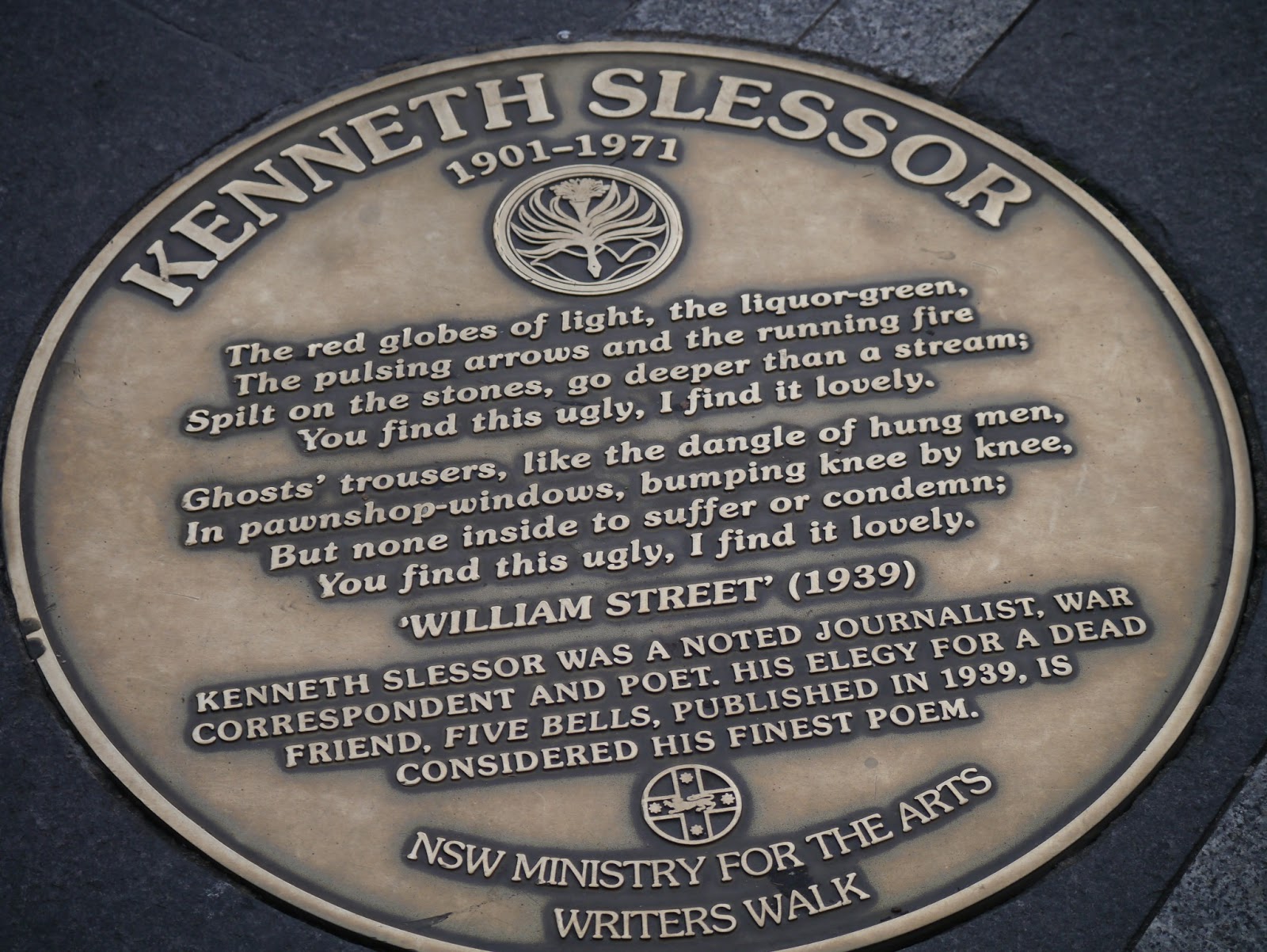 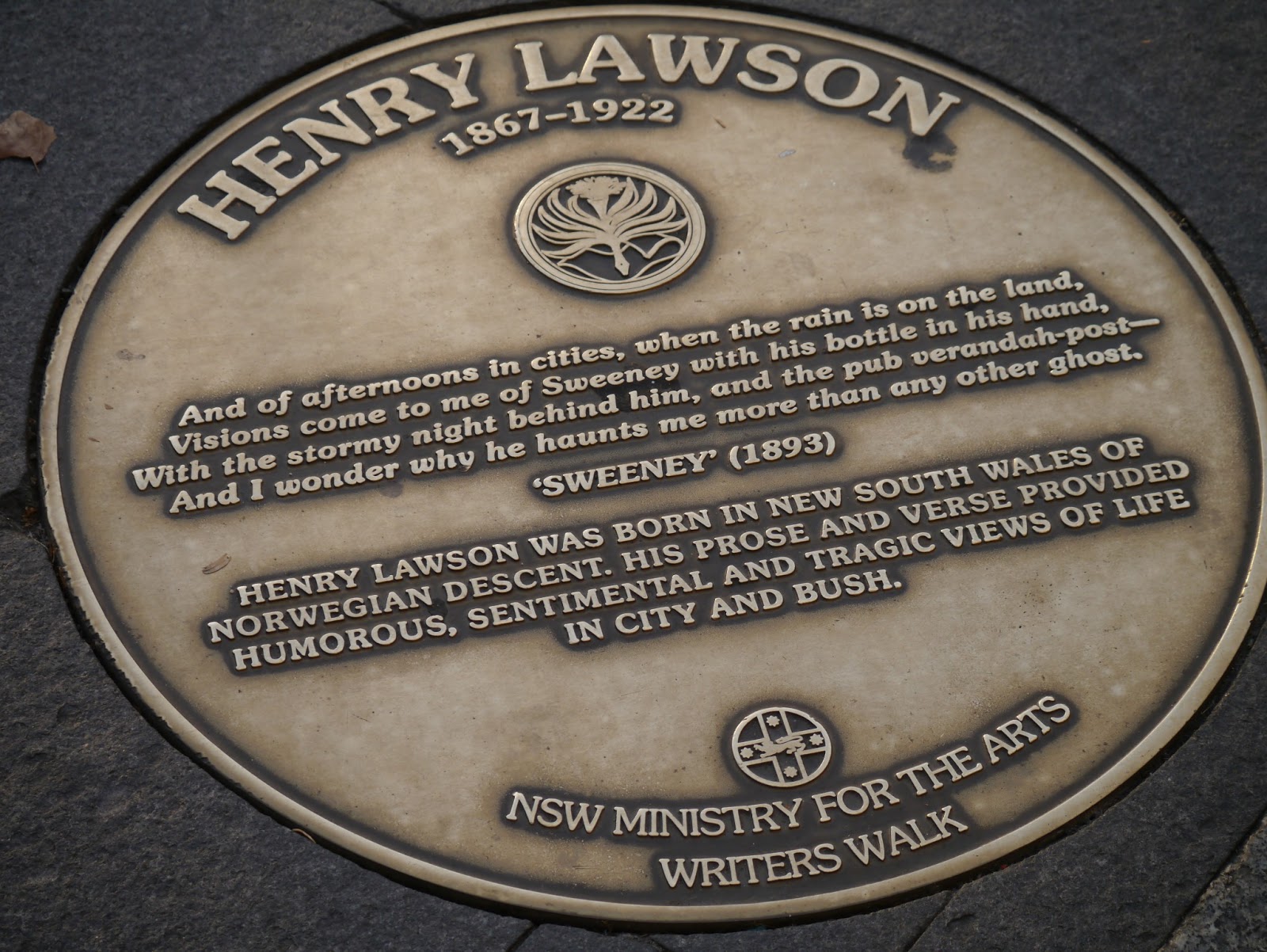 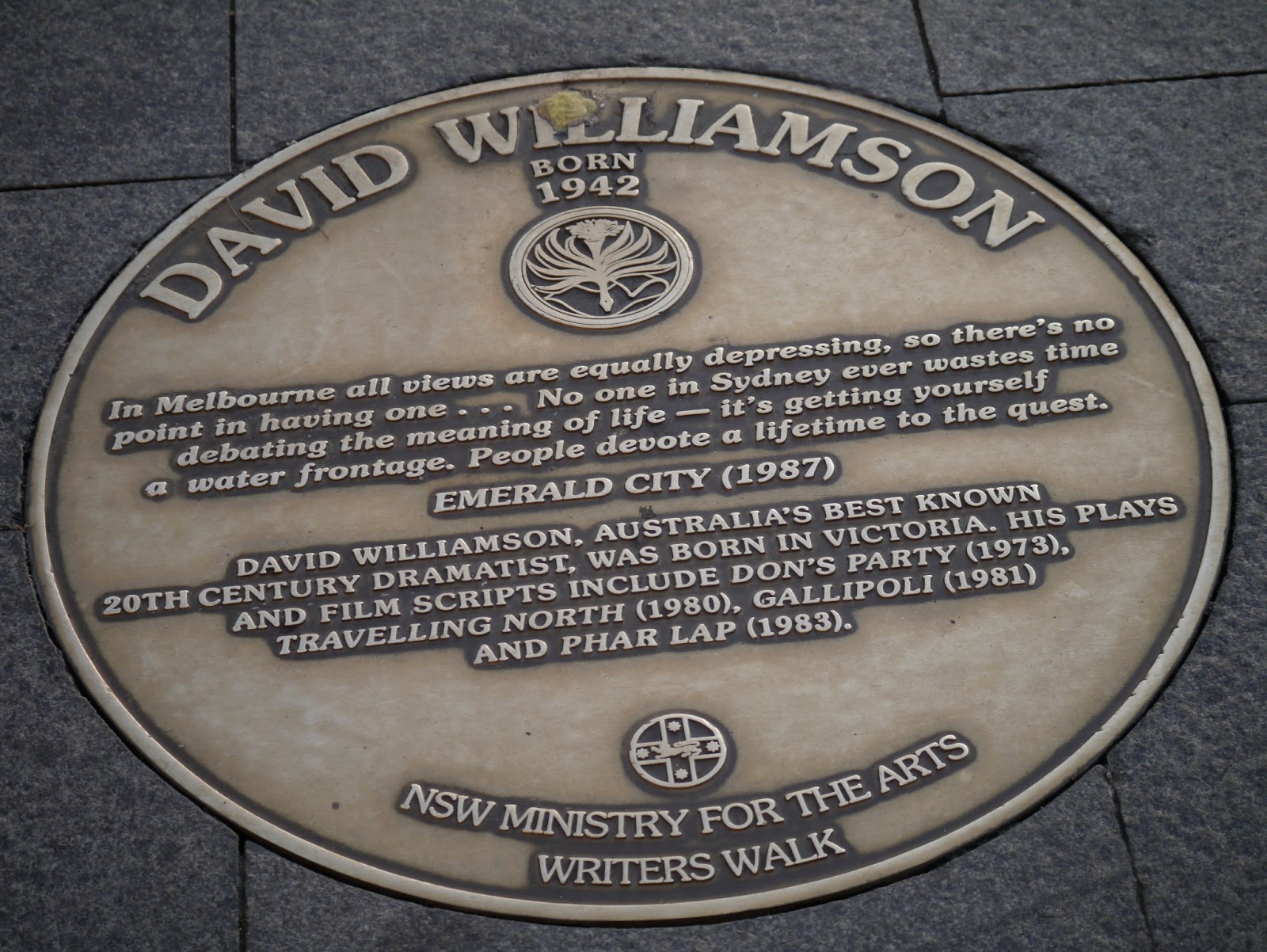 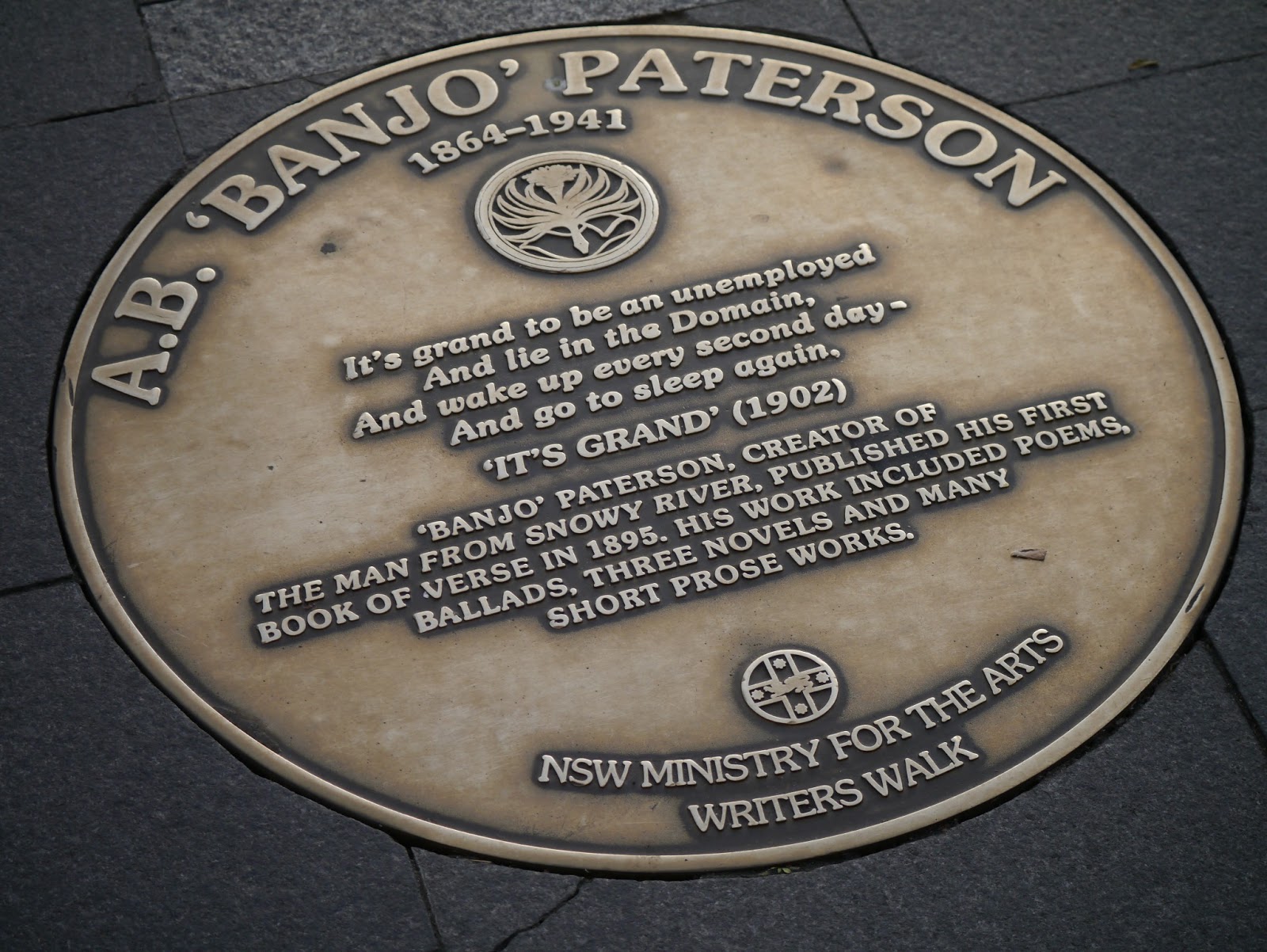 Posted by Annette Freeman at 8:12 AM