Favourites from the Venice Biennale

I'd been at the Giardini site of the Venice Biennale for about half a day, and I'd decided on the 'winners' from amongst the 29 Country Pavilions - in my humble opinion (such as it is), the best three were: Russia, Spain and The Netherlands.

Honourable mentions: Greece, Venice, Austria, Serbia, Egypt. And maybe Australia. And maybe the UK. Oh, I forgot: Venezuela was pretty good too, and Switzerland was OK. And the Ai Wei Wei installation...

And I hadn't even got to the Arsenale yet...

But let me share a little from the three that impressed me the most, in that first half-day.

I'm not usually into "audience participation" art works, but I liked this one because of its re-imagining of a myth. Myths are so unexpectedly powerful. Golden coins rained down upon female visitors - referencing Danaë and no doubt lots of other themes. My golden moment: watching a chagrined male visitor trying to insist that he should be allowed into the "female only" rain room. He just didn't get it.

This is the official description of this work:

"The mythological theme of Danaë, as a constantly recurring motif in art from antiquity to the modern period, is given a new, updated interpretation through Vadim Zakharov’s transformation of the Russian Pavilion.

The divine myth about the impregnating of the Greek figure of Danaë is subject to numerous readings: in this case, golden rain falling is a reference to the seduction of Danaë as a symbol of human lust and greed, as also of the corrupting influence of money.

...Philosophical, sexual, psychological, and cultural fragments are condensed into a stage like composition that extends through all the rooms of the Pavilion. Sculptural and pictorial elements, as well as performative interventions, demand active participation - also by visitors - in order to ensure the material flow of goods (coins, peanuts, rose petals, people) as an ongoing process. In his “Performance in Five Acts” Zakharov demonstrates to a society that no longer believes in myths, the importance of its mythological personifications."

The idea is that the installation is composed of the 'ingredients' of the pavilion itself. Although others have comented that it just looks like a bit heap of rubble, I see themes of deconstruction, understanding where buildings come from, where they go/look like when before and after: issues that are eco-thought provoking (I just made up that term). Separating out the elements. Plus the rubble was very monumental and artfully dumped. The shifting ideas made concrete, in a strangely beautiful way. Perhaps you had to be there. 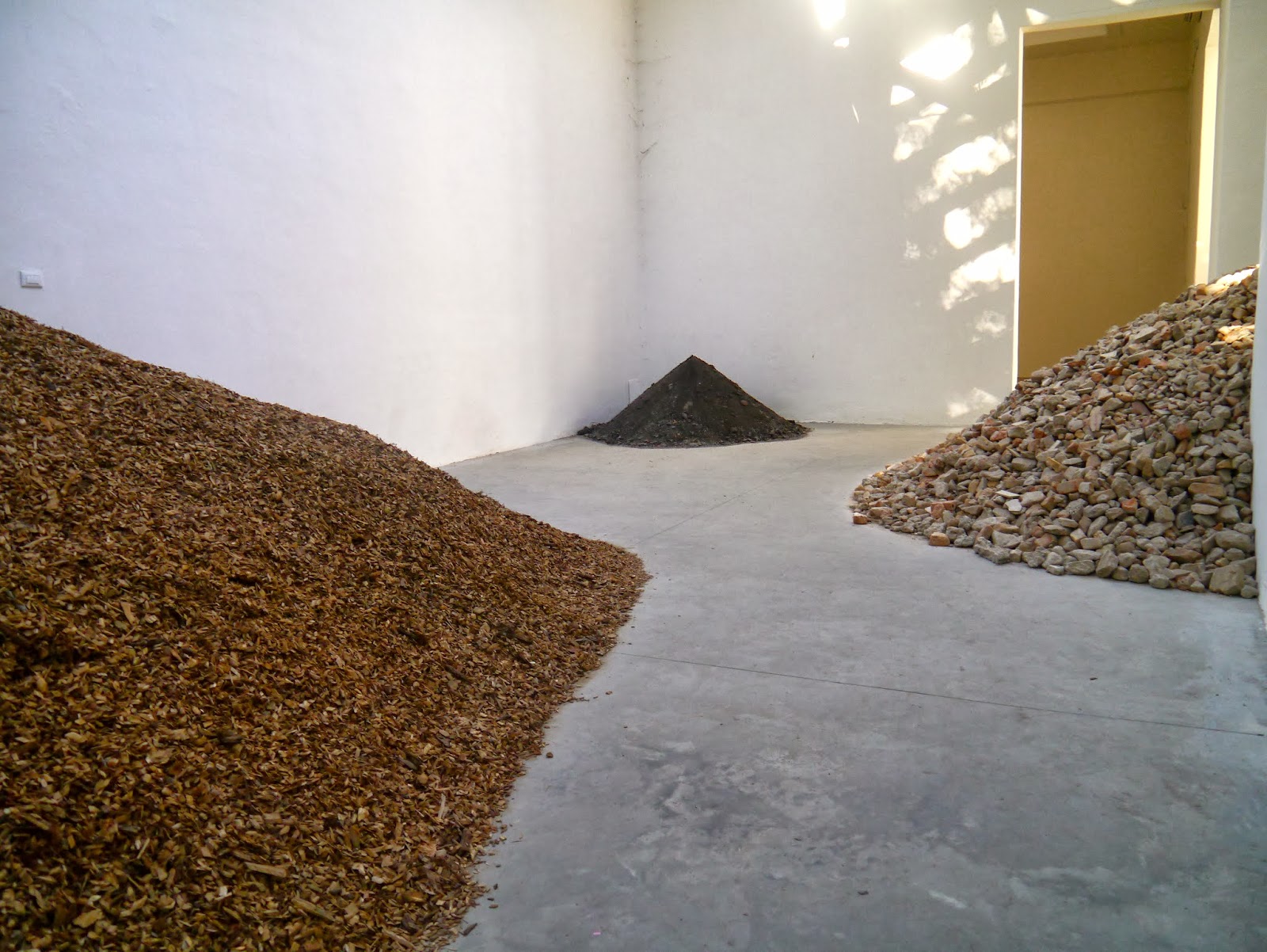 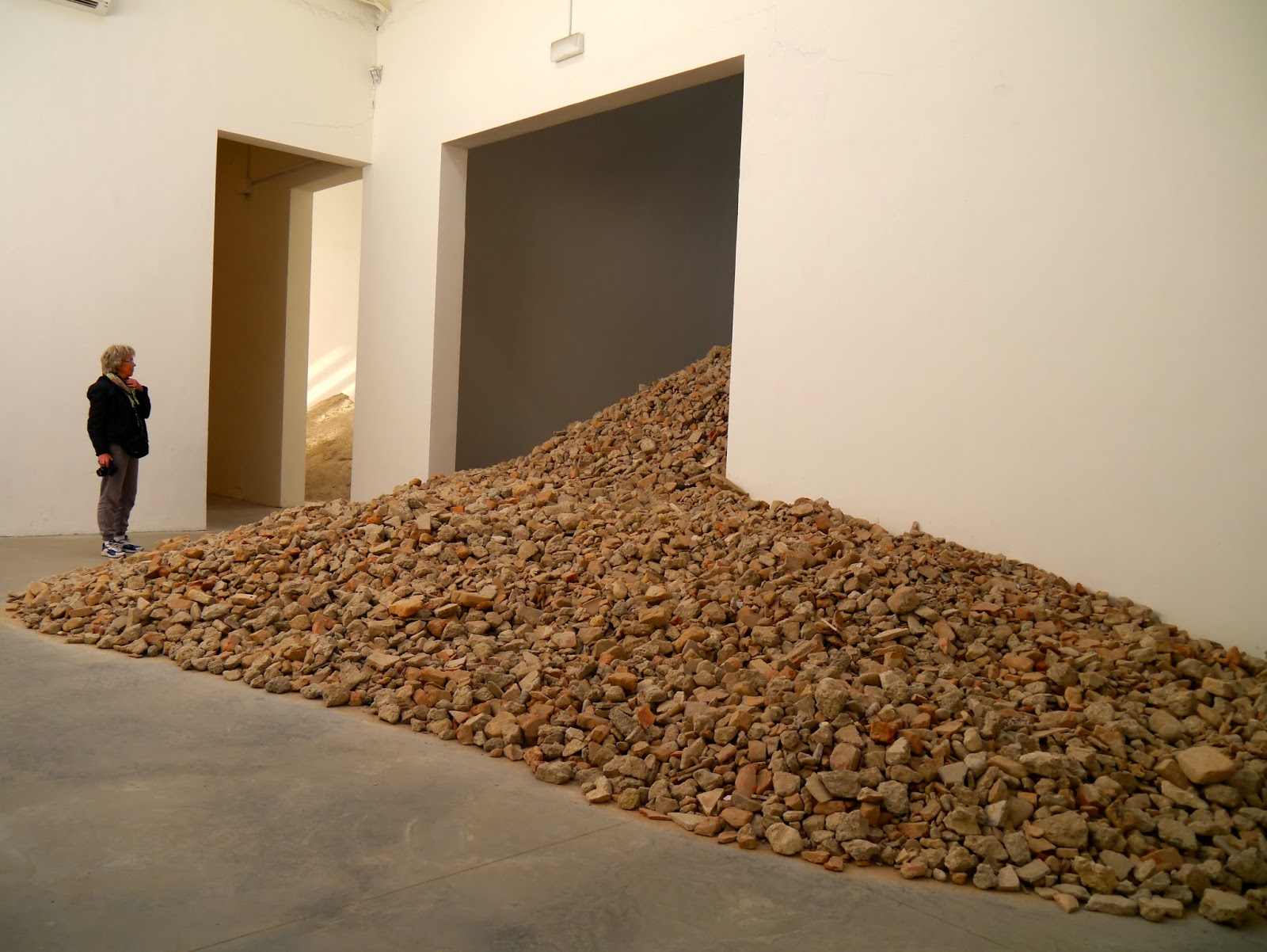 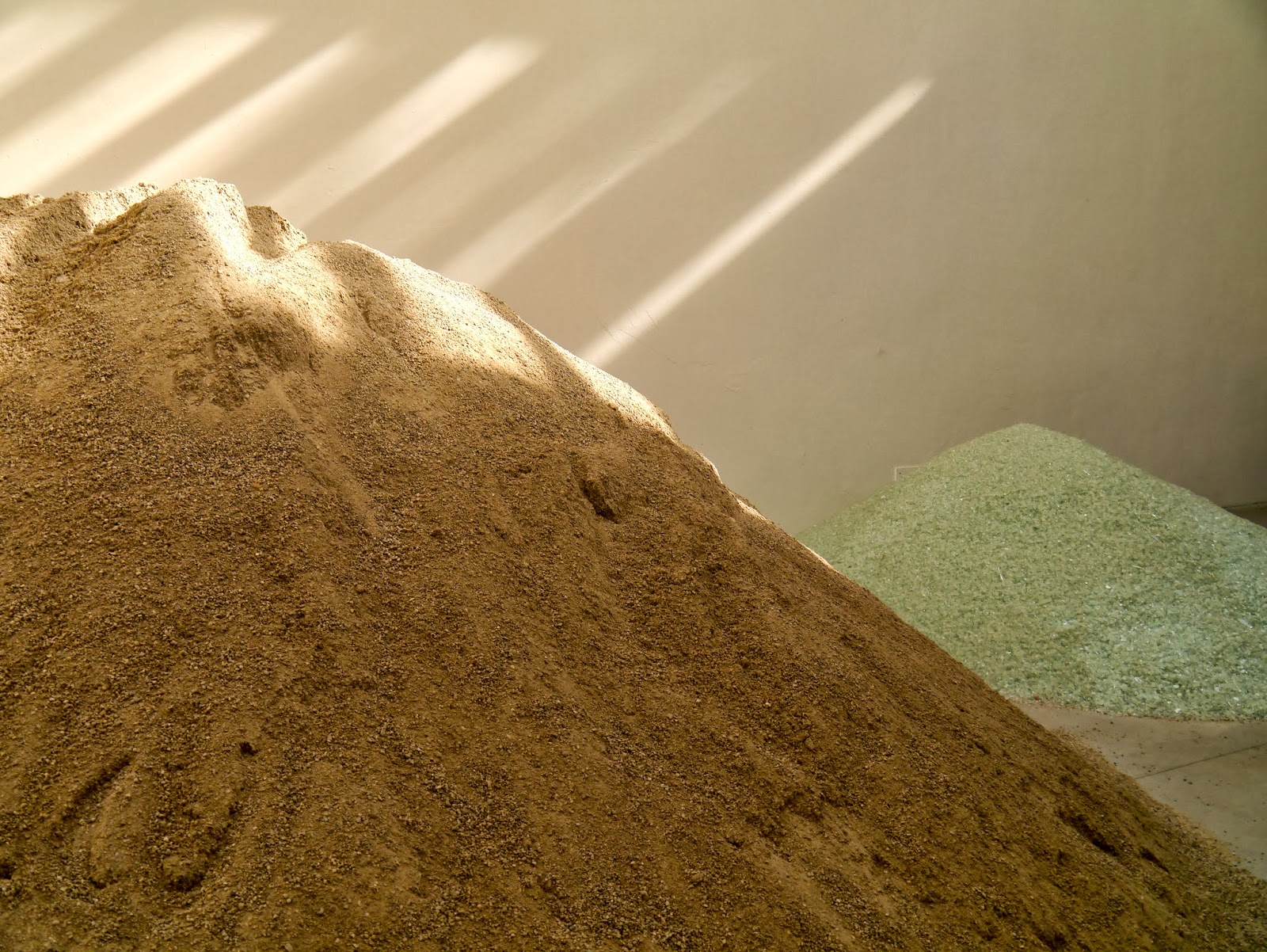 MM: "I covered all the windows of the entrance with fake newspapers. Like a thin layer of skin, the outside world is separated from an inner world....I cannot use real newspapers, because my work would then be linked to a certain date and place in the world. All of my works appear as if they have just been made and were left behind by the person who made them. There is no difference between a work made twenty-four years ago or just a single day ago. Like the words in an encyclopedia, they are linked together in one big super-moment that is always attached to the here and now. The newspapers consist of all the existing words in the English language. Each word is used only once....The photos in the fake newspapers are taken in my studio and are mostly of studio dust. I try to avoid including language in the pictures."

Sometimes the explanations are as good as the art. 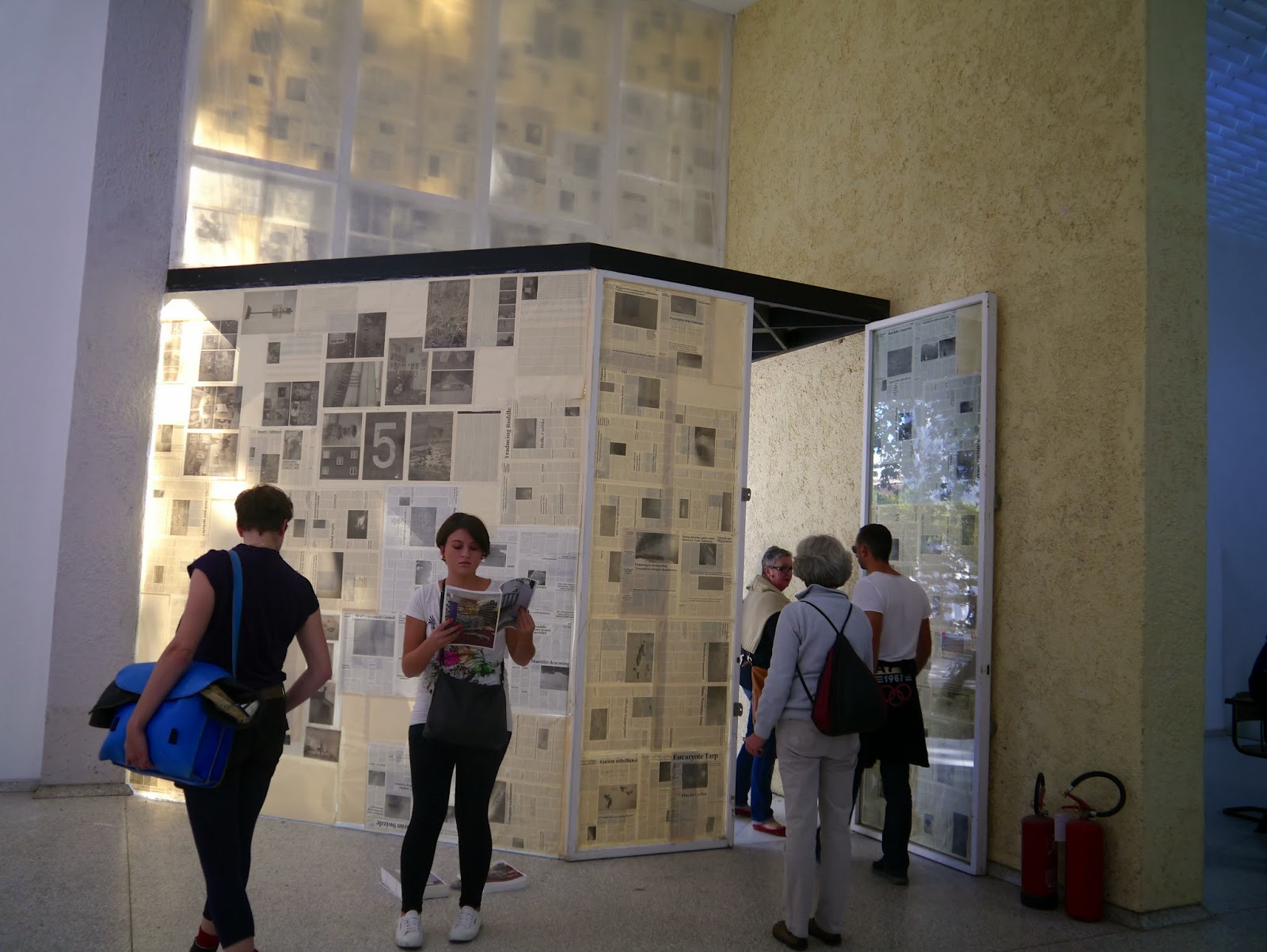 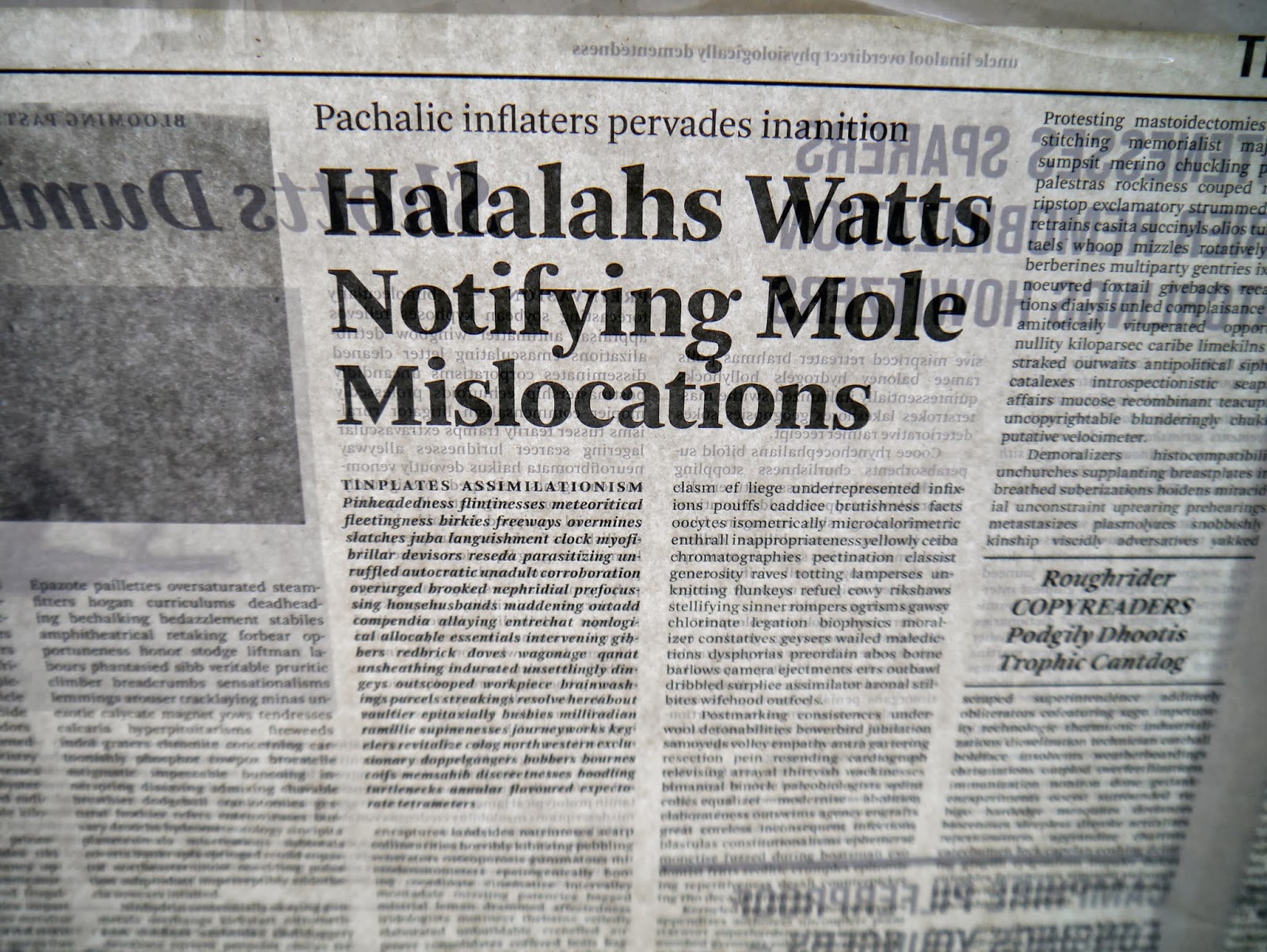 MM: "I made this work in 2013. It really should have been made in the 1920s, but I simply was not alive at that time. It is a composition with verticals that form one harmonious musical chord, and it covers a small gap in art history." Yup. 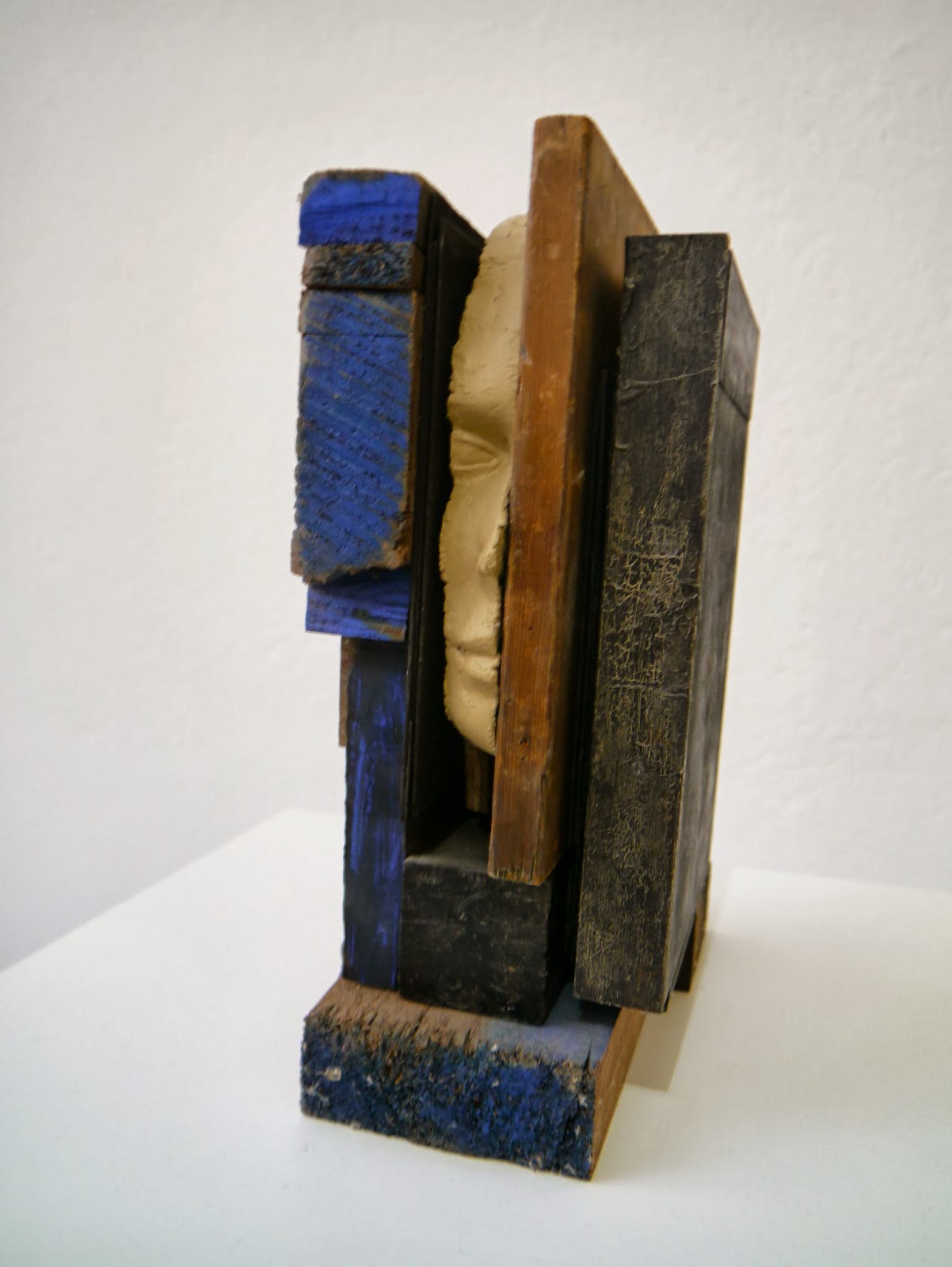 "This work originated from a series of three separate words. The word 'fox' consists of a jumping fox that I froze in the middle of a leap. I caught it at that moment in time. I then used my belt to tie a mouse to the fox's stomach, into which the mouse would normally disappear. With a simple gesture, I took this 'unit', which took place in mid-air, and set it down on the ground, whereby the sculpture sank even deeper into motionlessness. Consequently, the moment seems to occur in a continuous present or outside of time. The stylisation creates an unbelievable standstill without a 'before' or 'after'.

"During this period [1992] I was also fascinated by the fact that living creatures can disappear into other creatures as food, sometimes even when they're still alive. At the same time, I wanted to create a sculpture in which a human act could be clearly distinguished. I ended up painting the sculpture to look like it was made of wet clay. For this reason, it exhibits an extreme, vulnerable nakedness, and it seems as if you could just press your fingers into it at any time. This is the only future moment that the sculpture seems to capture."

Three versions of this work are being exhibited during the Venice Biennial; one inside the [Dutch] pavilion, one at the MoMA, New York, and one at a small supermarket in Via Garibaldi in Venice." 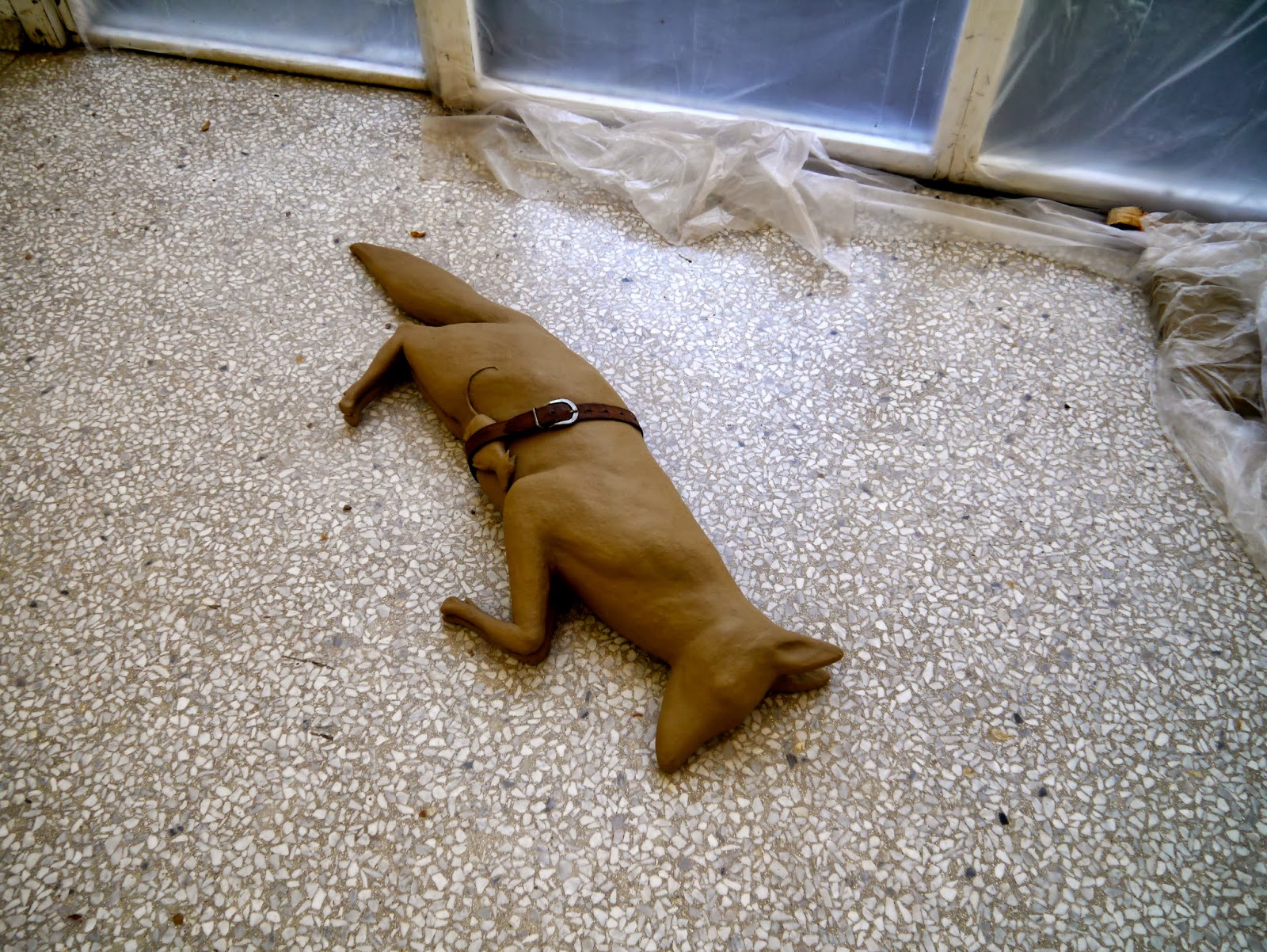 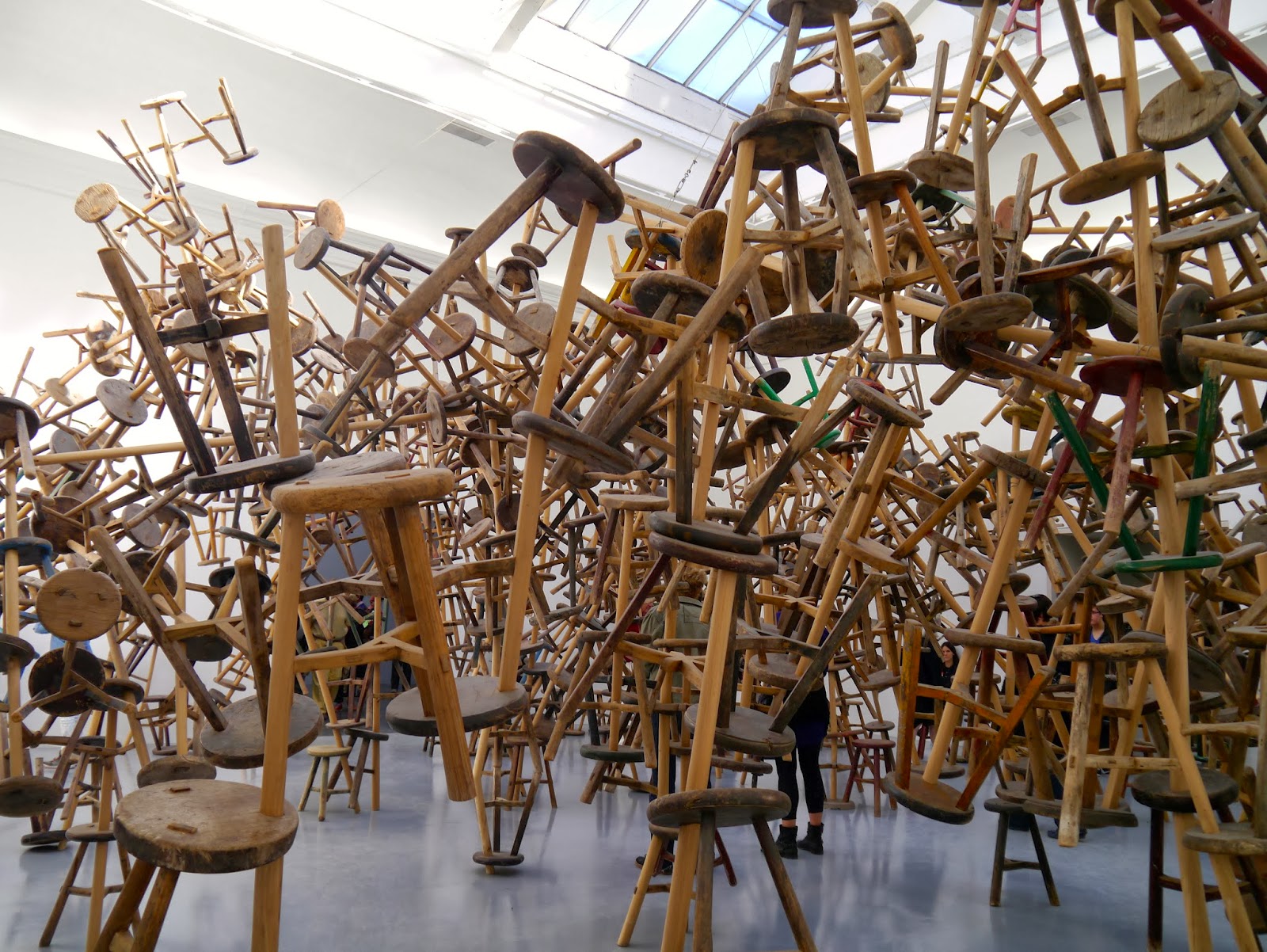 Posted by Annette Freeman at 5:45 PM